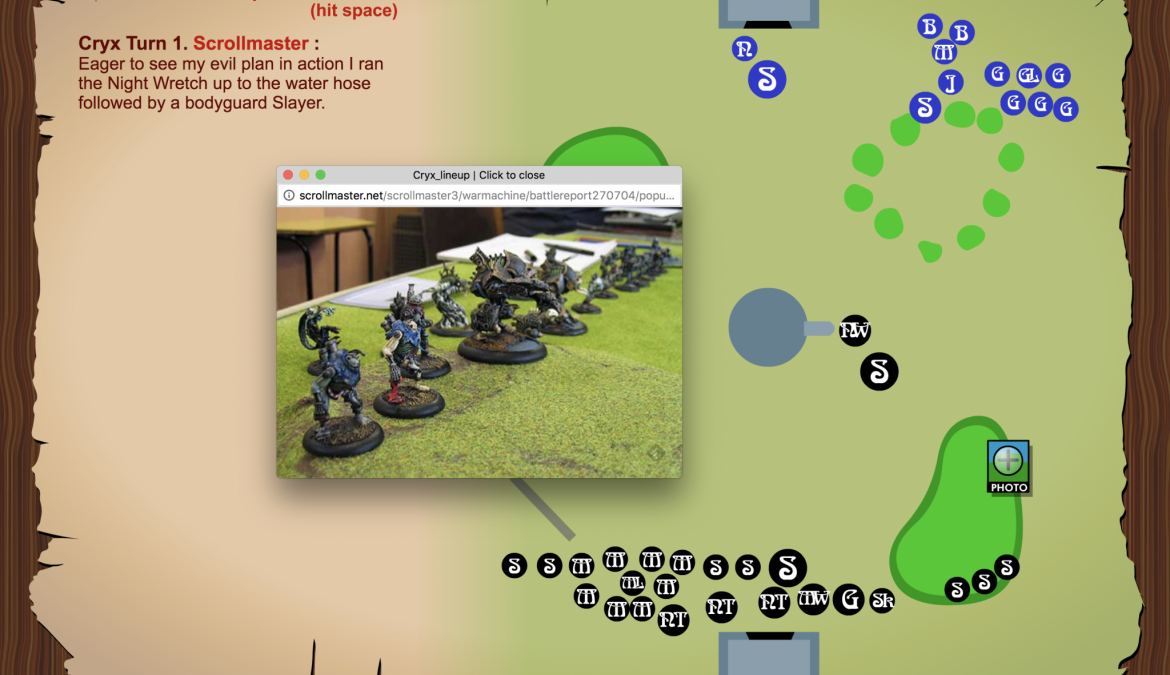 Each players starts with a 500 point army. All released models are allowed.

Mercenaries are not allowed from the start but can be bought later.

You cannot switch Warcaster after the Campaign have started.

All battles are between 2 opponents.

All games are for 500 points. If you cannot field 500 points, field what you got.

All games are until one warcaster is dead or one opponent conceded. If you have lost 50% of your troops you are allowed to concede the game.

Damaged Warjacks cost the same (hey, it’s not my fault you let it get damaged).

After each game all Warjacks are fixed back to having at least ½ their boxes left, i.e. half their left arm boxes, half their hull etc.

Only damage on Warjacks carry over from game to game. Troops alive at the end of the game are fully healed. This does not include troops who fled the scene. They are considered dead and gone.

If you have lost the leader of a unit but still have troops left, one of the troops is automatically upgraded to the leader. That goes for all units with a leader type figure.

On the way to the city

Before each game both roll a D6 and see what resources are available.

A Freelance Journeyman Warcaster offers to join you in your next battle.

If you are the underdog in next battle (based on points and if equal based on DAM caused to Warjacks) You can add a Journeyman Warcaster and one Heavy and/or one Light Warjack of your choice to your army.

If you are equal to your opponent or better of you can add a Journeyman Warcaster and one Light Warjack of your choice to your army.

This addition may not take your army above the 500 point normally played, but you can of course choose to leave some of your own Warjacks at home.

You help a bunch of Gold Diggers and get your share of the find.

The Black Brigands, a huge band of bandits, attack you.

Note that Scrap Thralls are considered a unit for this purpose only. Treat your Thralls as one unit.

You find a hut in a forest with an old, retired Warcaster. He agrees to help you.

The Magician can fix both Arch node and Cortex Damage. Roll 2D6 and choose the highest. On a double add the result. Multiply the result by 3 and the result is the number of damaged boxes you can repair on one or more Warjacks, which you choose after the roll has been made.

Here you can buy new Warjacks. You can also get repairs for everything but Cortex and Archnode. Roll 2D6 and choose the highest. On a double add the result. Multiply the result by 3 and the result is the number of damaged boxes you can repair on one or more Warjacks, which you choose after the roll has been made.

Leave me alone or I’ll turn you into a Toad!

After a few nice words (and beers) the Wizard agrees to help you.

In the next battle your warcaster have an extra spell to use (he forgets it after the battle). Roll a D8 and consult the chart below. Note if you roll a spell you already have, roll again.

Cities has a lot to offer for the needing warbands.

Roll a D6 to see if a particular workshop is available in this city. Repairs cost 50GC. Roll 2D6 and choose the highest. On a double add the result. Multiply the result by 5 and the result (repair result) is the number of damaged boxes you can repair. You choose where to allocate the repair result after the roll has been made.

Roll a D6. On a 3+ the Mercenary you are looking for happens to be in the same city as you and is available for hire.

Pay 50GC to add or subtract 1 for the next resources roll you make.