I wanted to paint the Forgotten King himself as the last miniature of the box, but painting the scratched cloaks of the Grobbit Executioners, I really wanted to test out the same technique on the King’s cloak… and with only Boris and the Creeps left, I felt it was ok to fast forward to the King.

Another thing I was keen on trying was his face. I know on the card itself he is white faced, but given the sculpt, I wanted to try and emulate the colours of an owl.

I was using a Google image search as inspiration, but mainly used this particular photo… not that I think my result is anywhere near close. 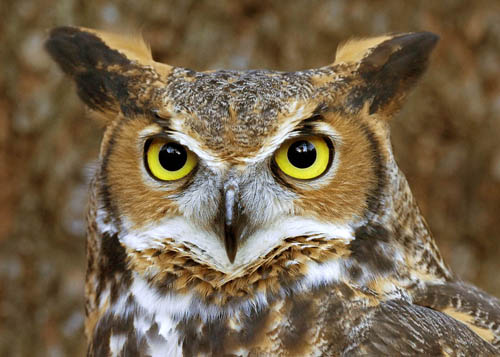 I am however, really happy with the overall result: The scratched cloak, the complex pattern on his face, the verdigris armour bits, his staff and skirt… all came together really nicely. A true Boss to be reckoned with. 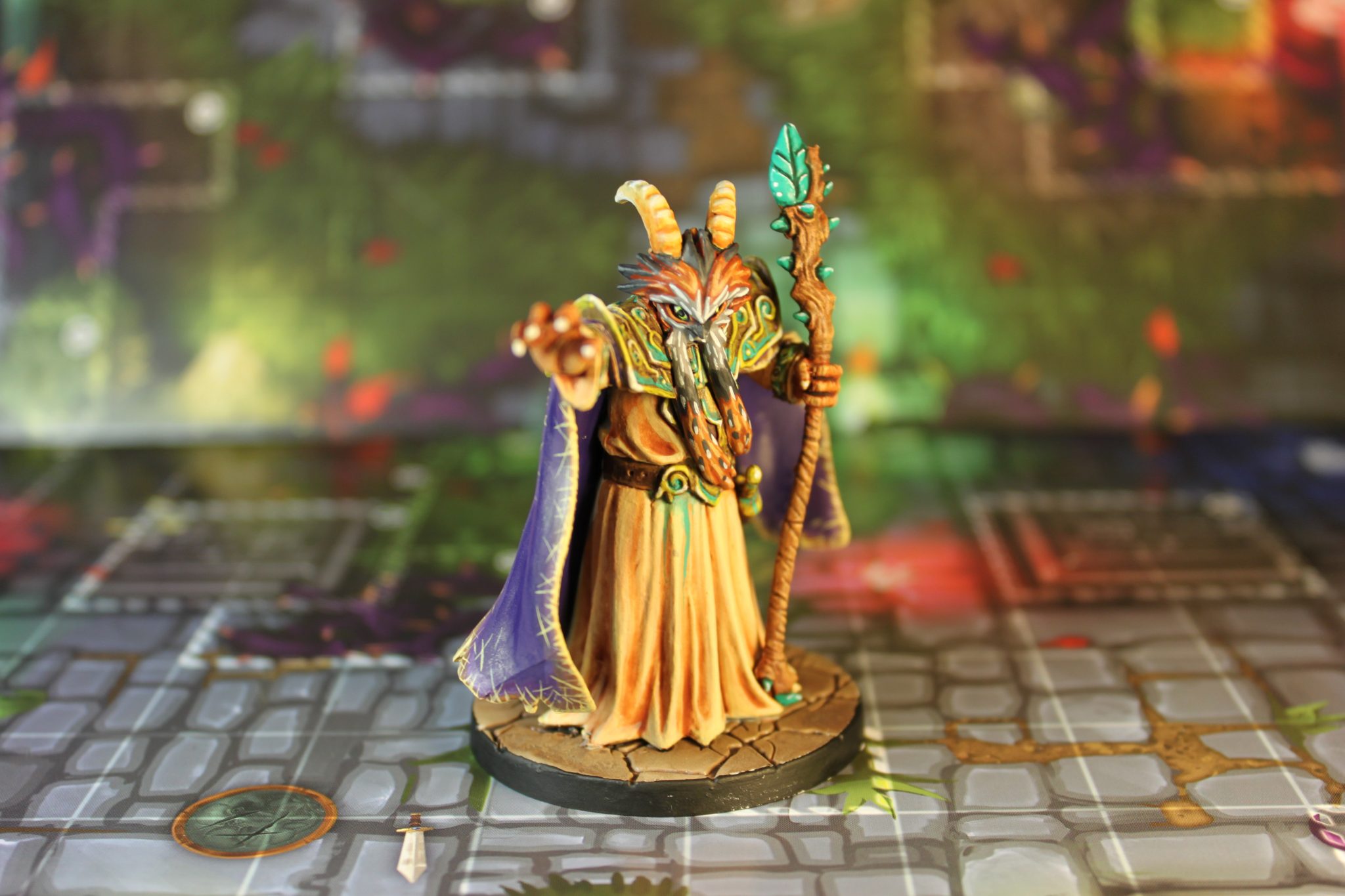 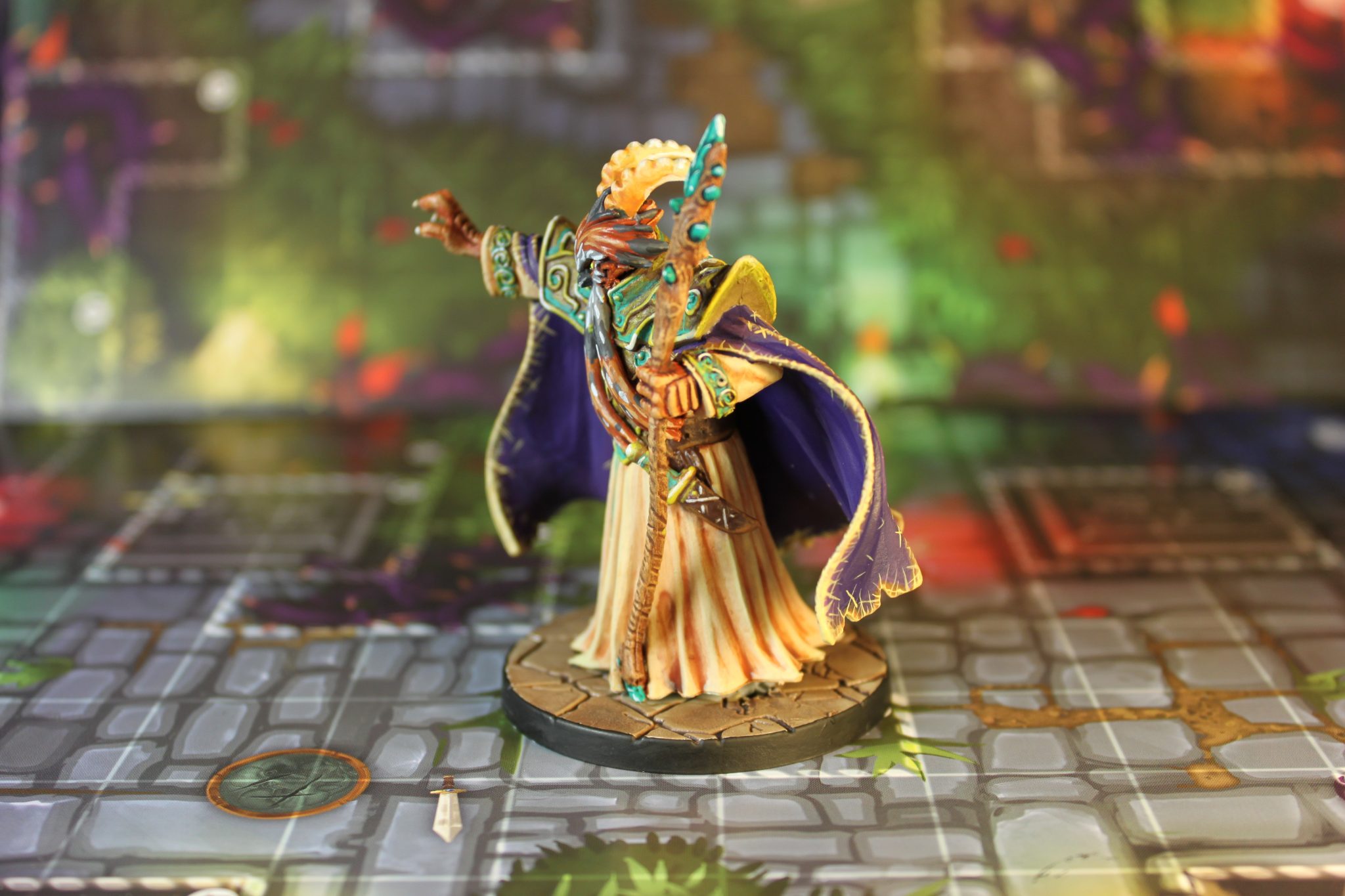 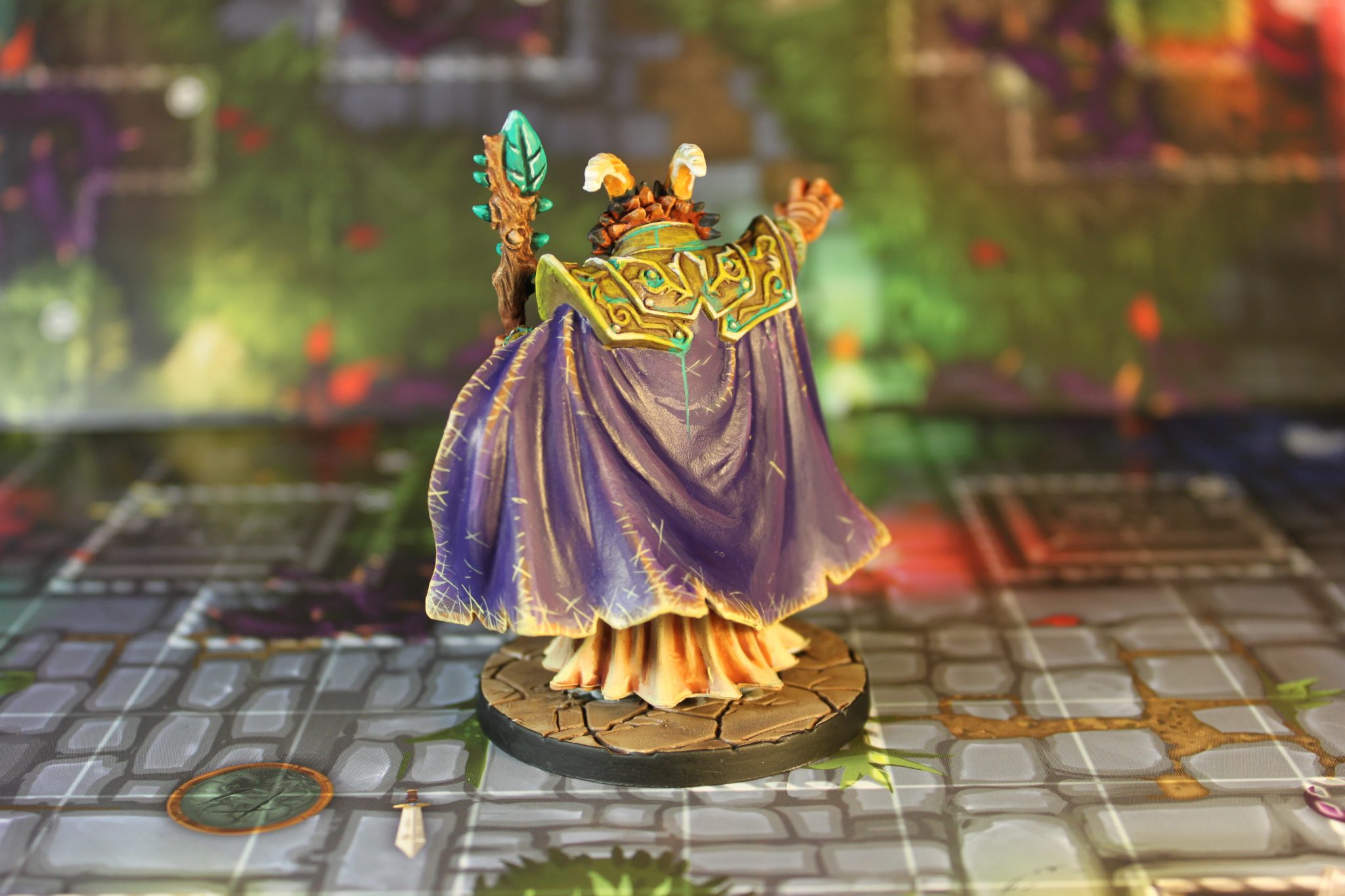 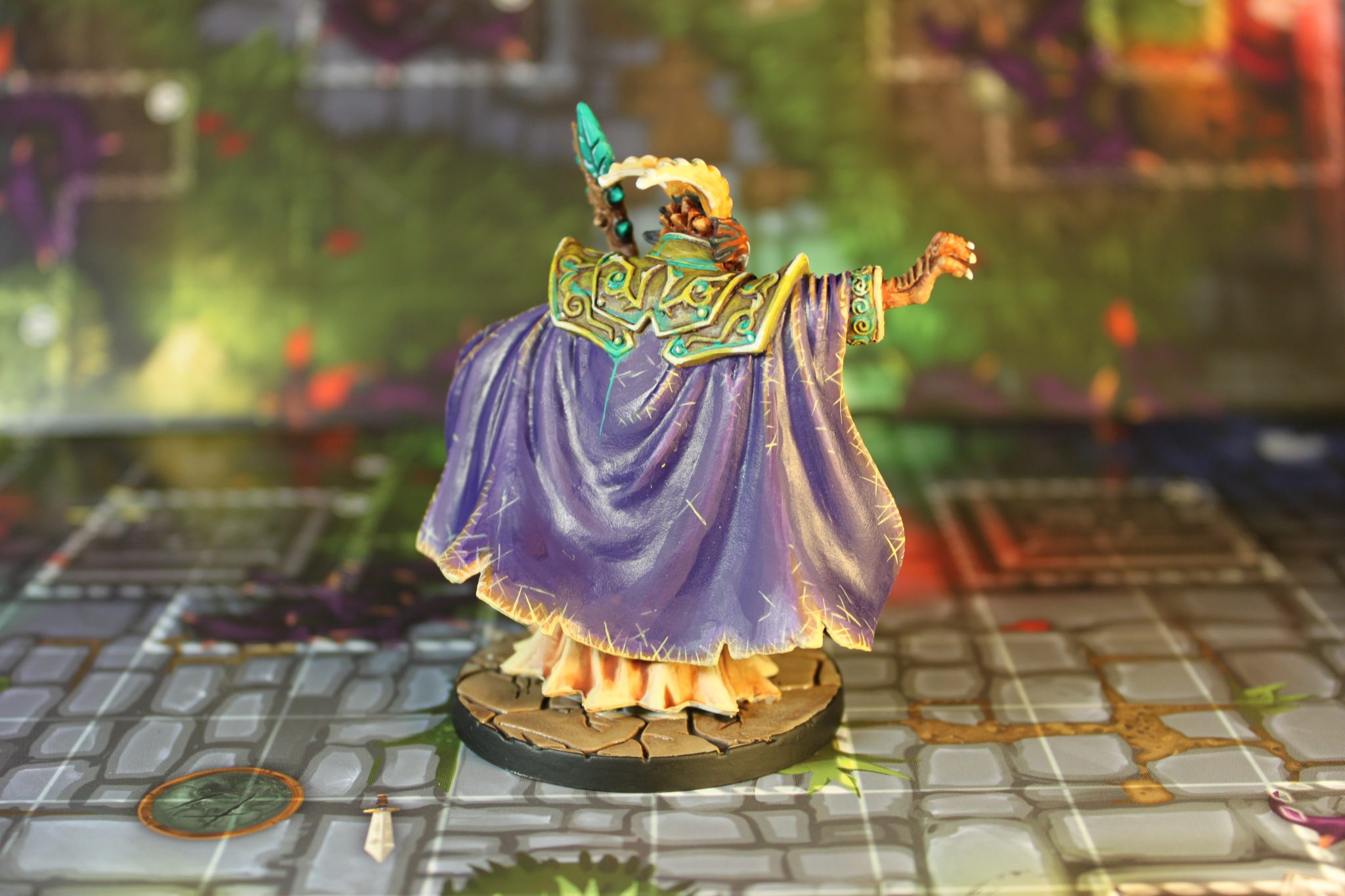 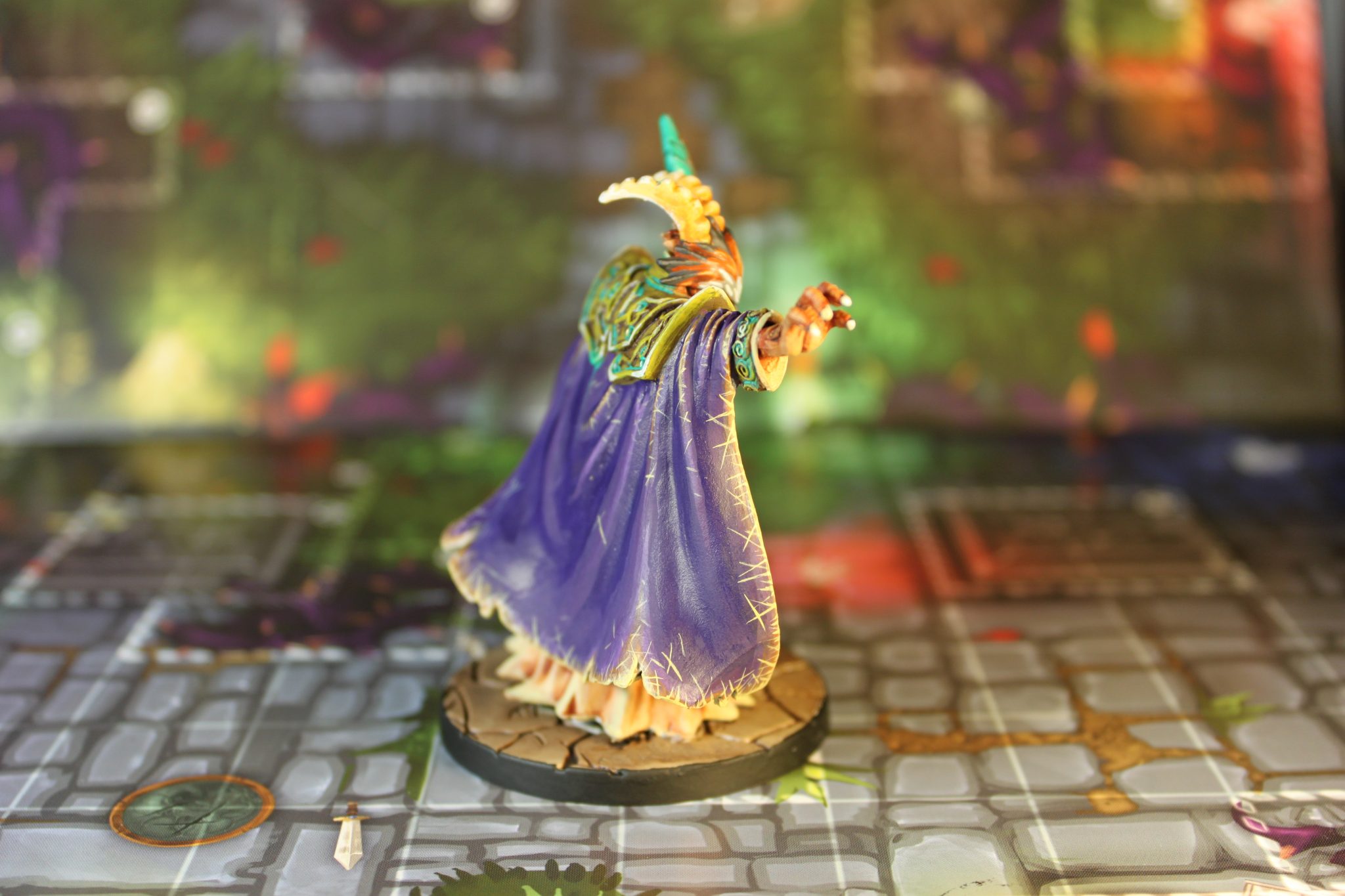 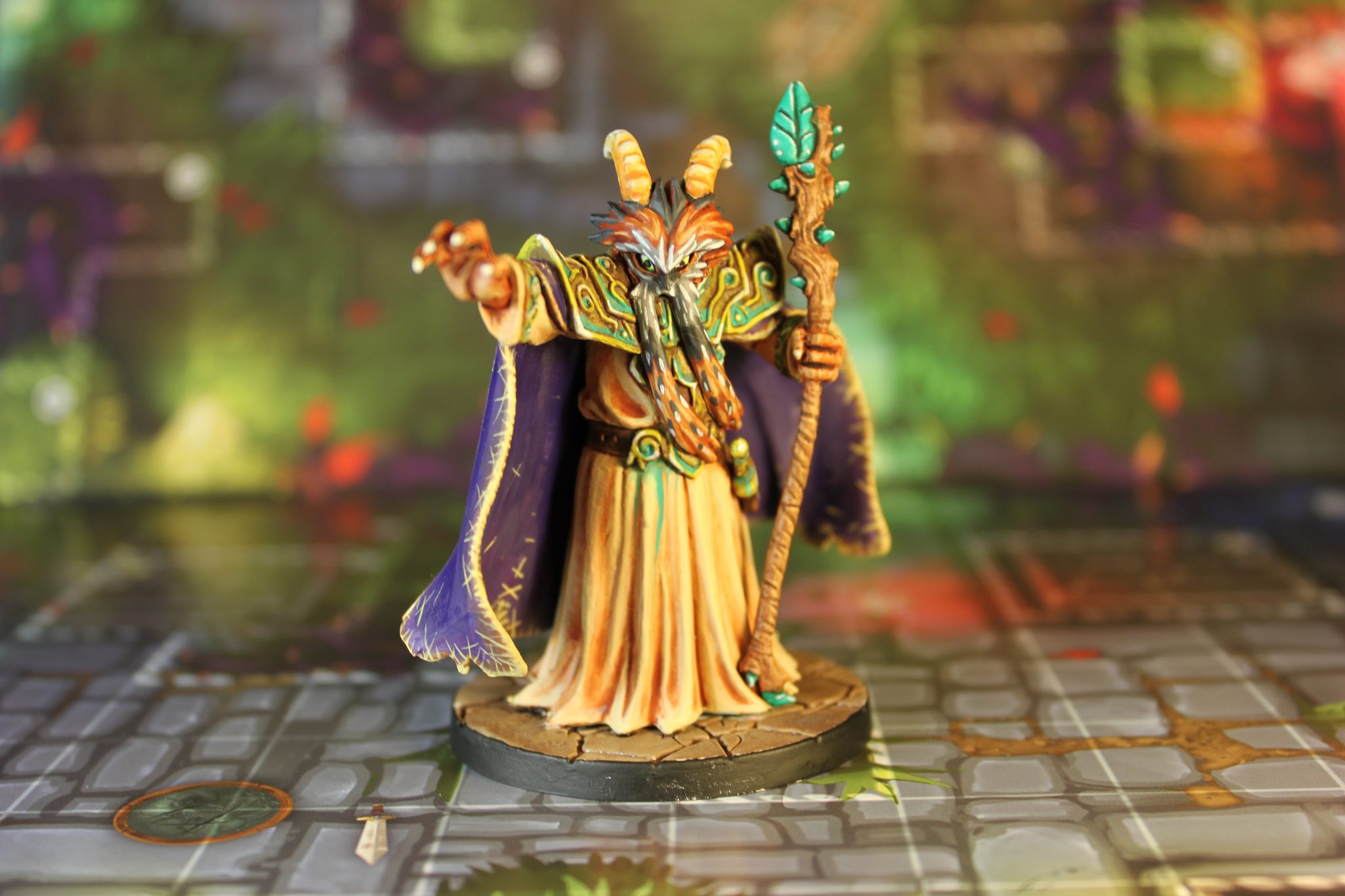 The complete Forgotten King set (all 58) 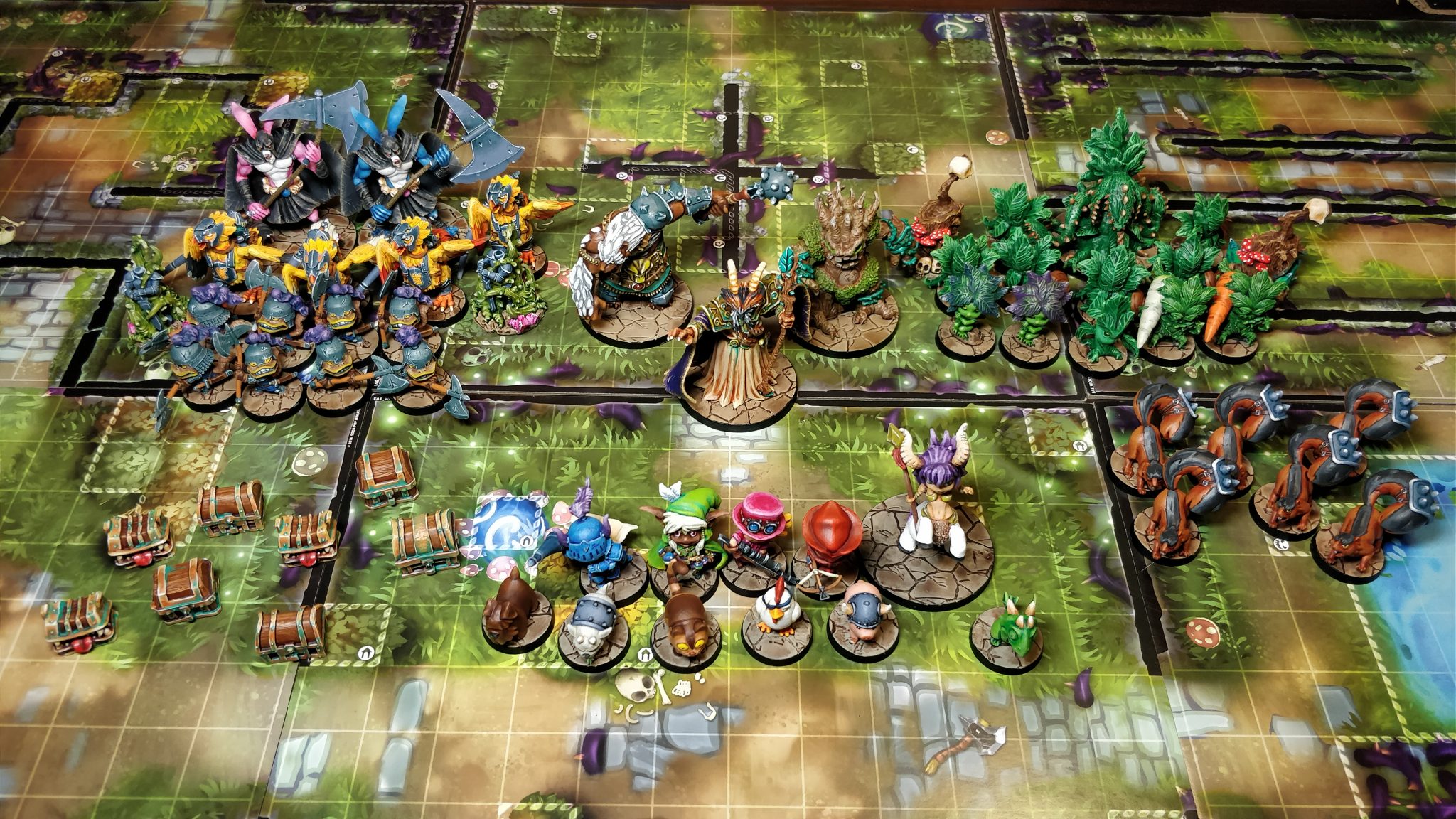 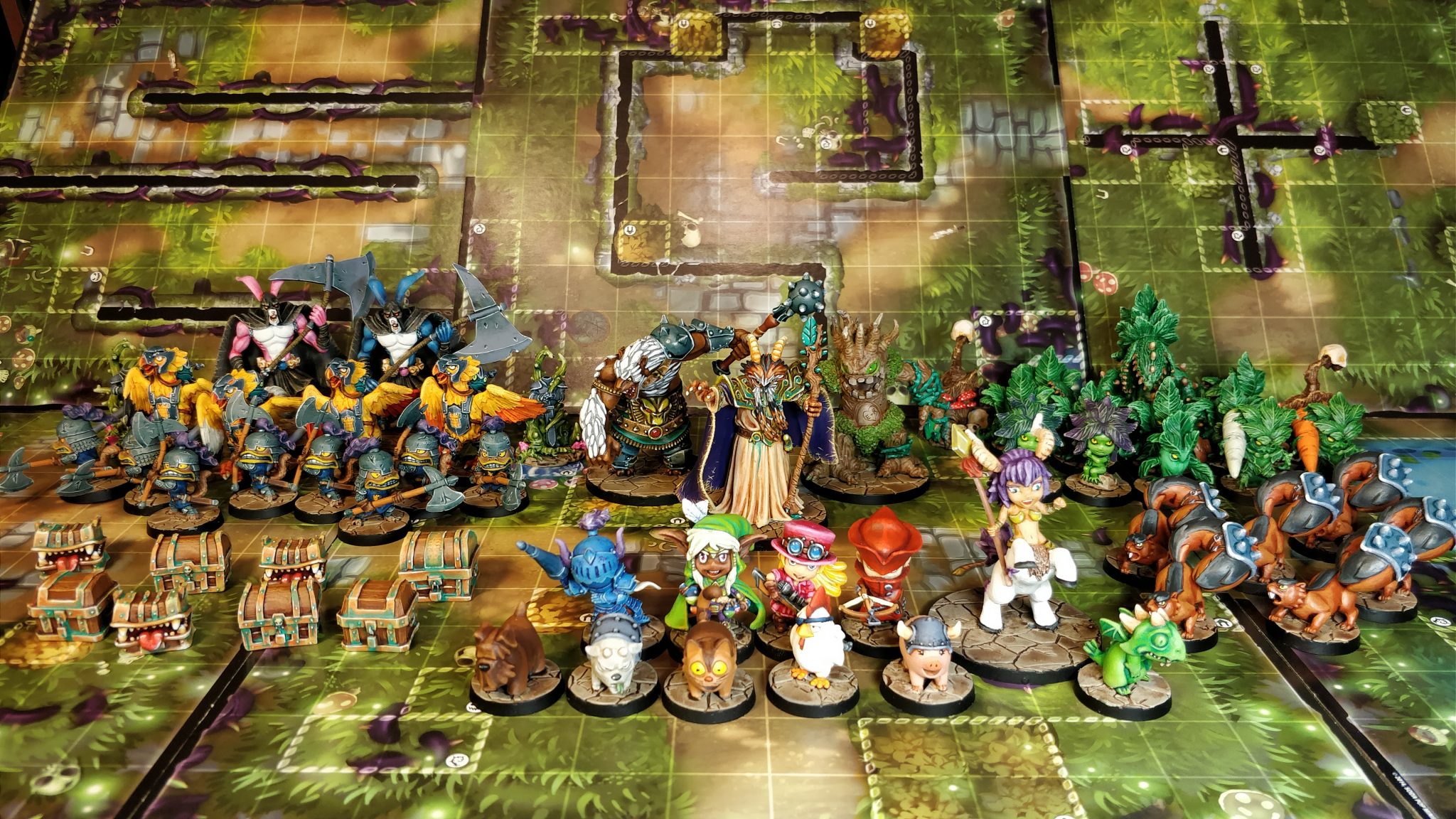 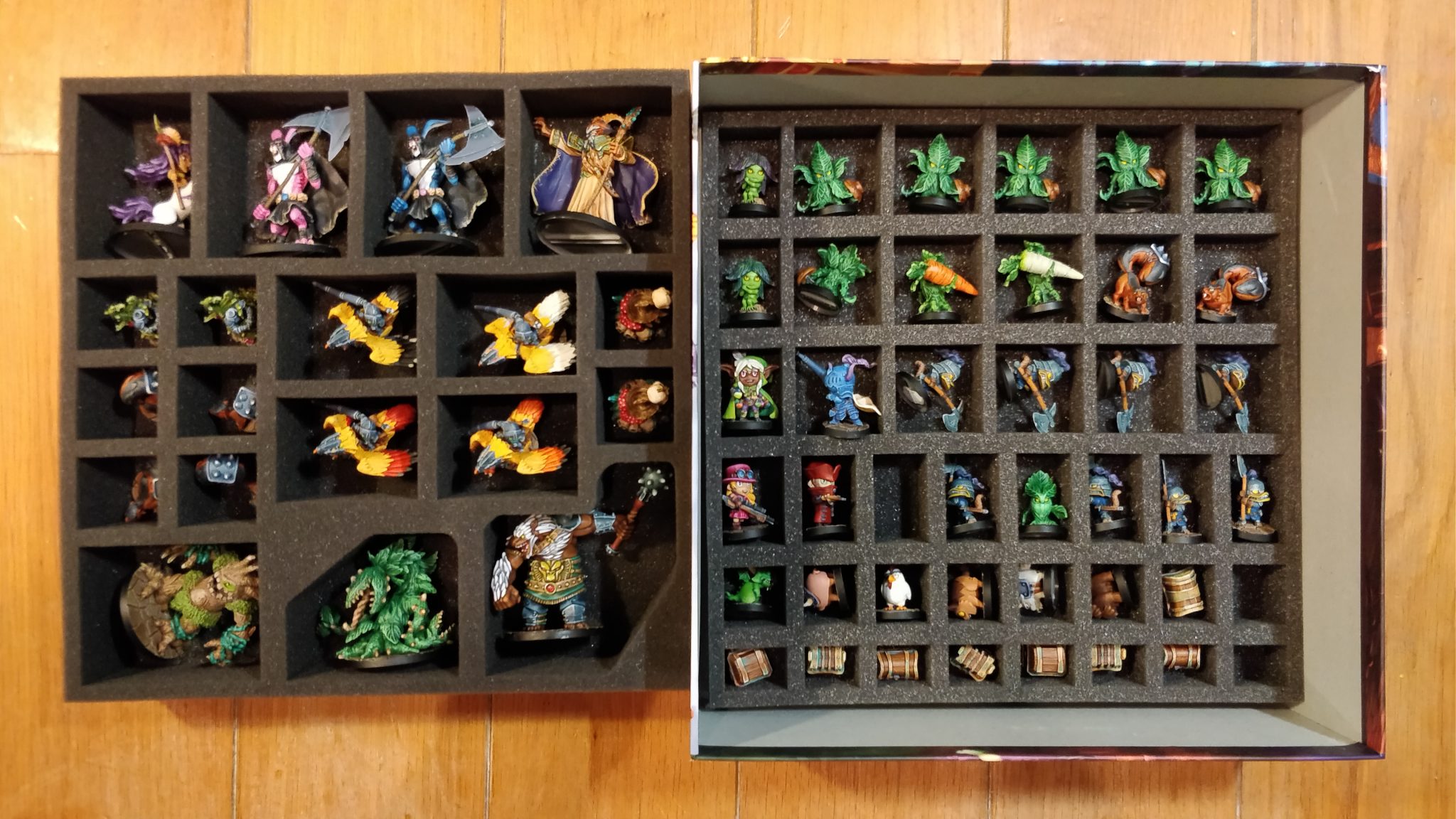