I’ve been wanting for a while to add in an unknown or strange type adversary into our Dungeons and Dragons campaign War of the Triplets.

When we started a year ago, my players were for most part new to roleplaying games or they may have played a bit 25-30 years ago in school. So to make the game more approachable, I largely stuck with creatures they would recognise from books and movies such as goblins, undead, unicorns, etc.

But this year I want to introduce new unfamiliar baddies and one such group is what I call “The Masquerade” which is an ancient crime organisation based on miniatures from The Brotherhood from Freebooter miniatures.

The party has now had their first encounter with The Masquerade and my introduction was a whole lot more lethal than I intended. Basically an assassin (using the Harlequin mini below) threw daggers at one of the characters. I rolled a 20, the character failed their CON test and was killed outright!

fortunately I had planned that the Assassin would give the party an antidote vile and tell them this was their last warning to stay away from The Masquerade. 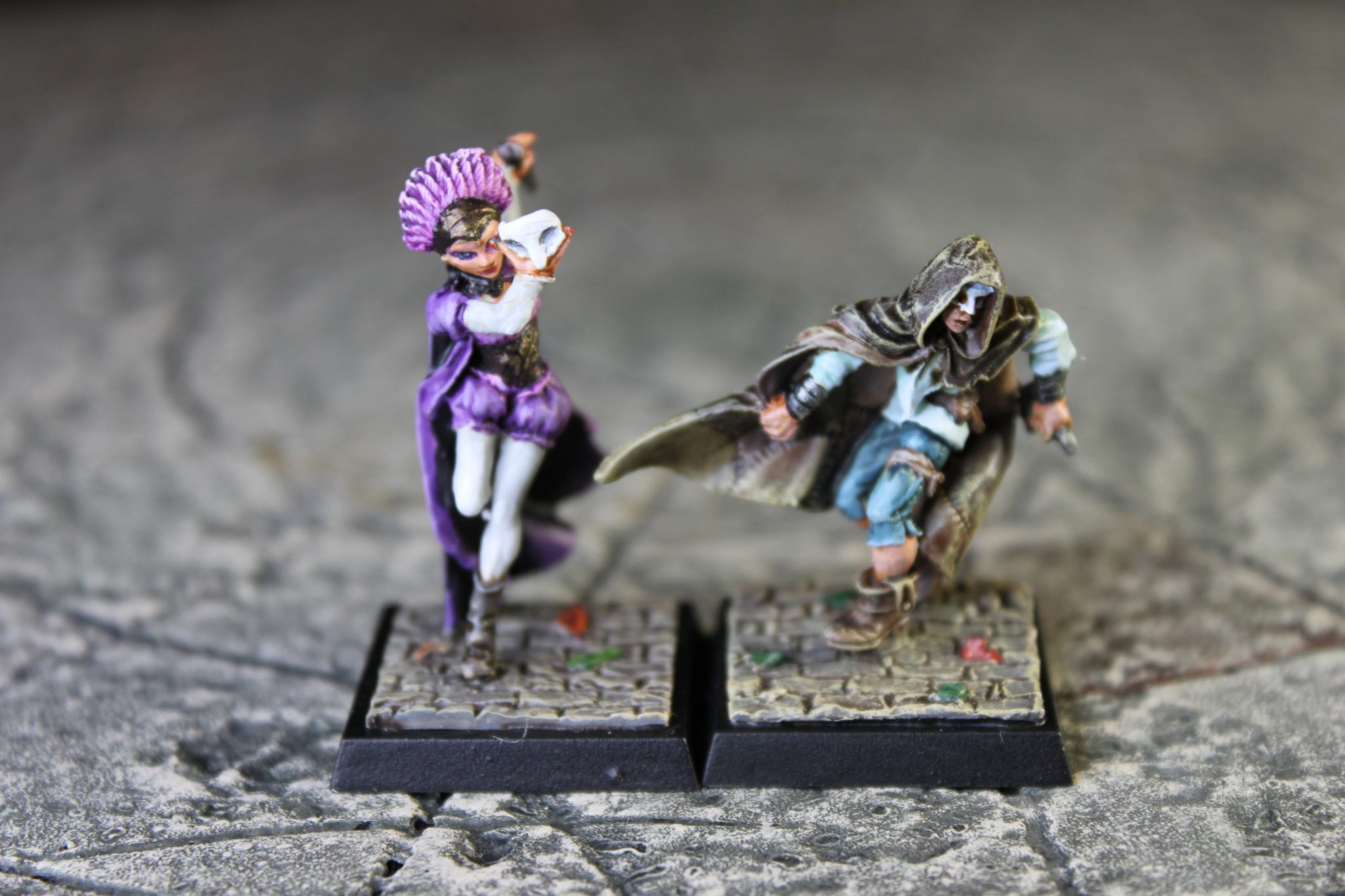 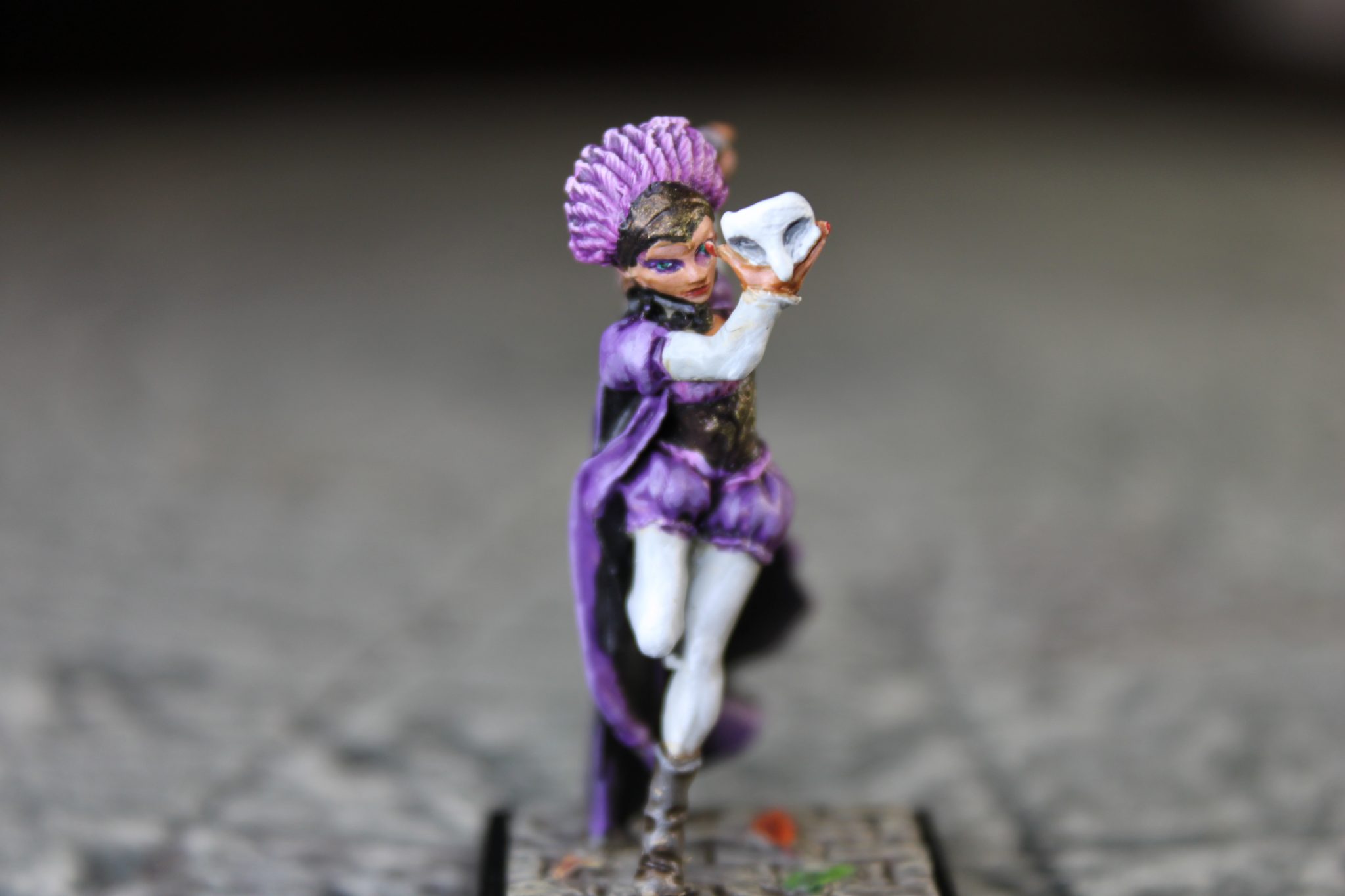 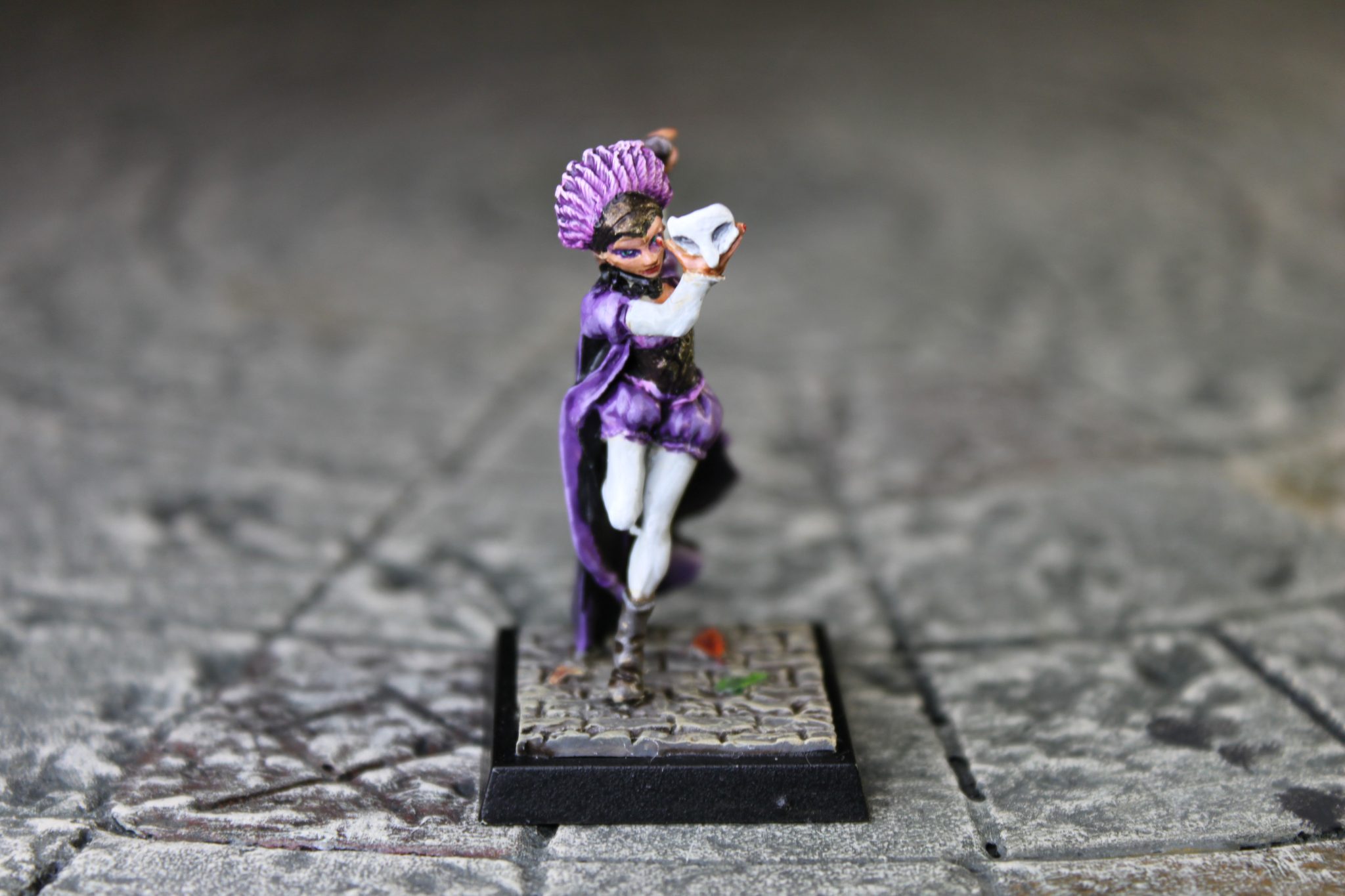 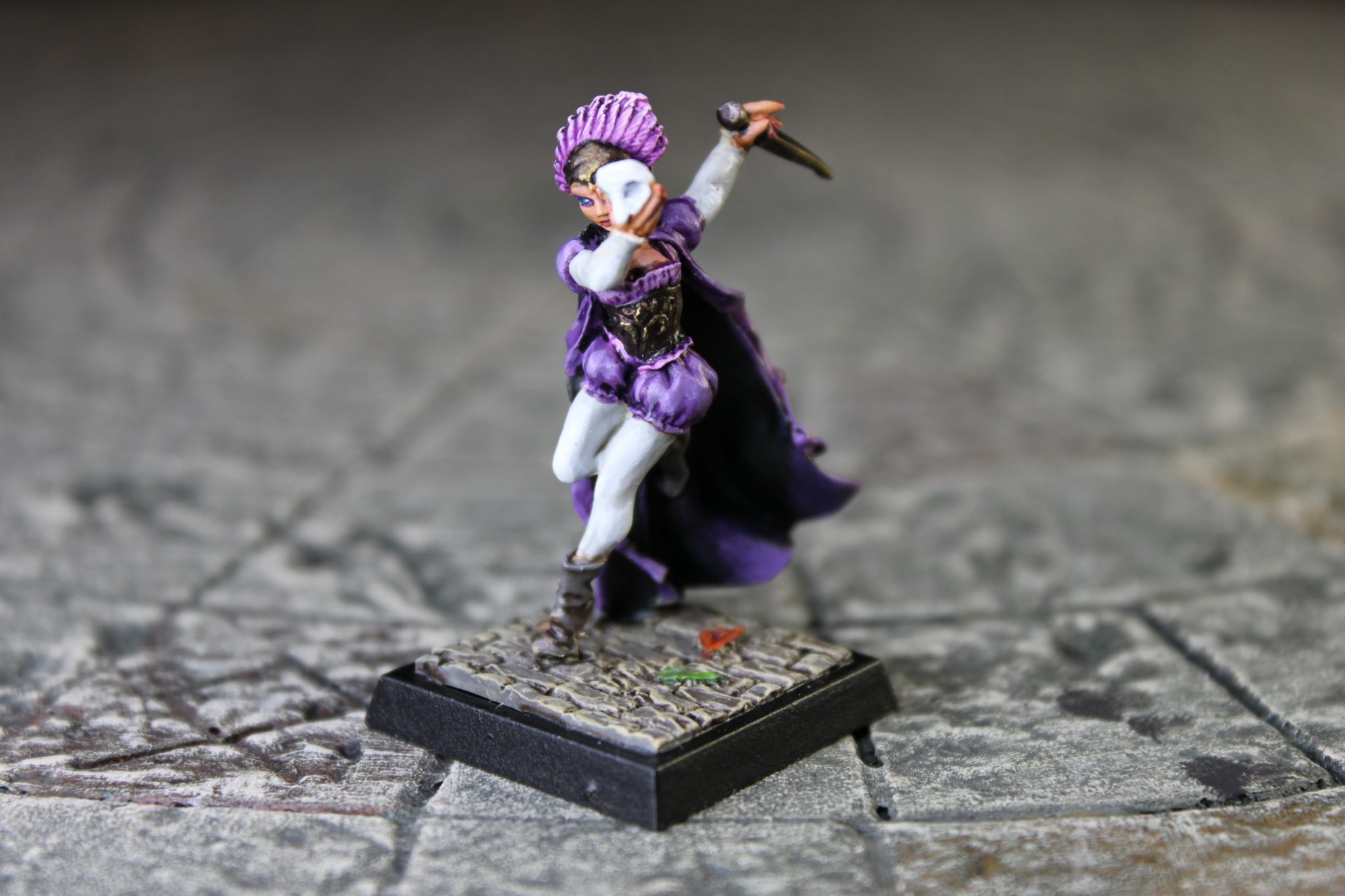 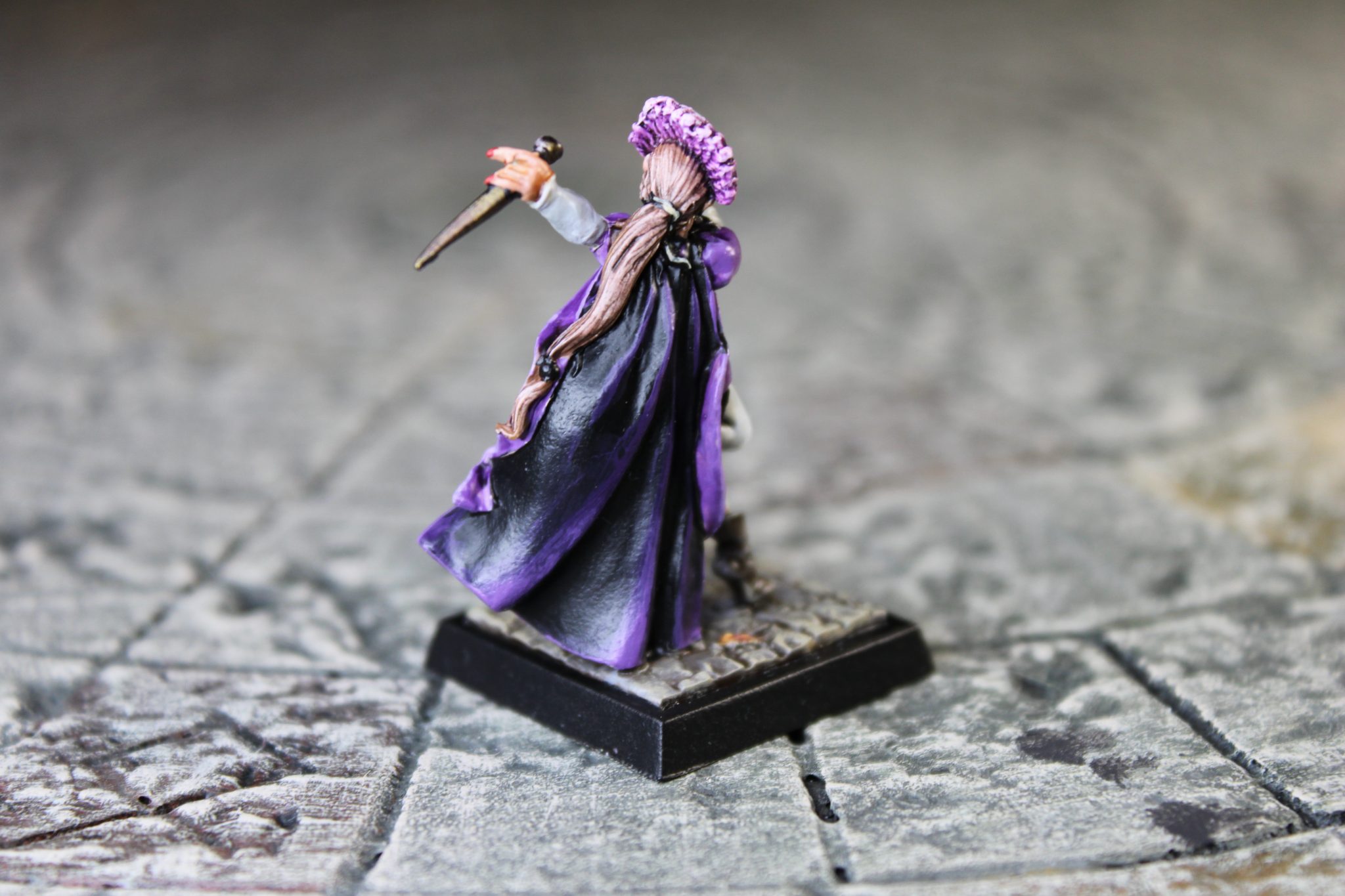 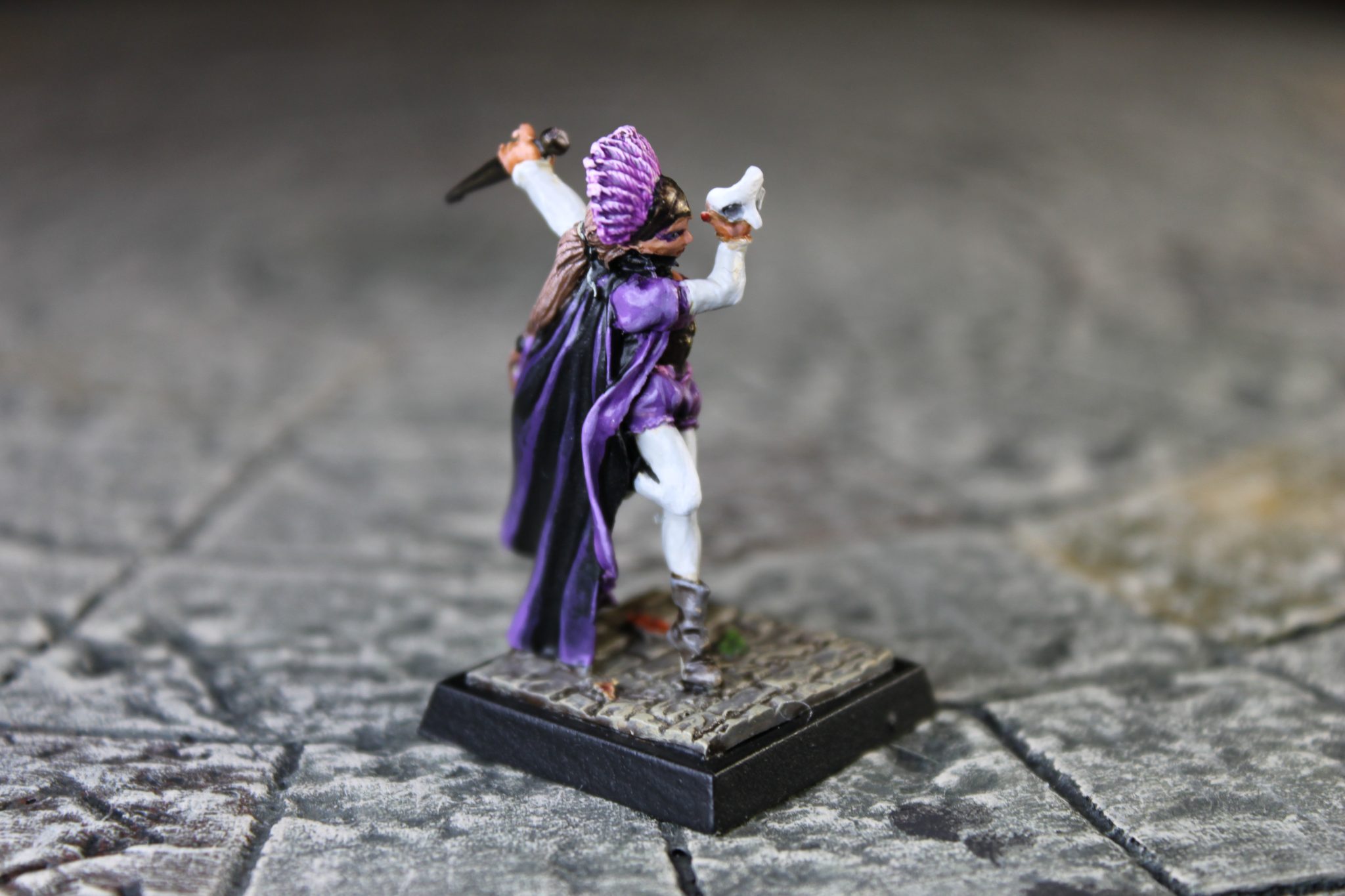 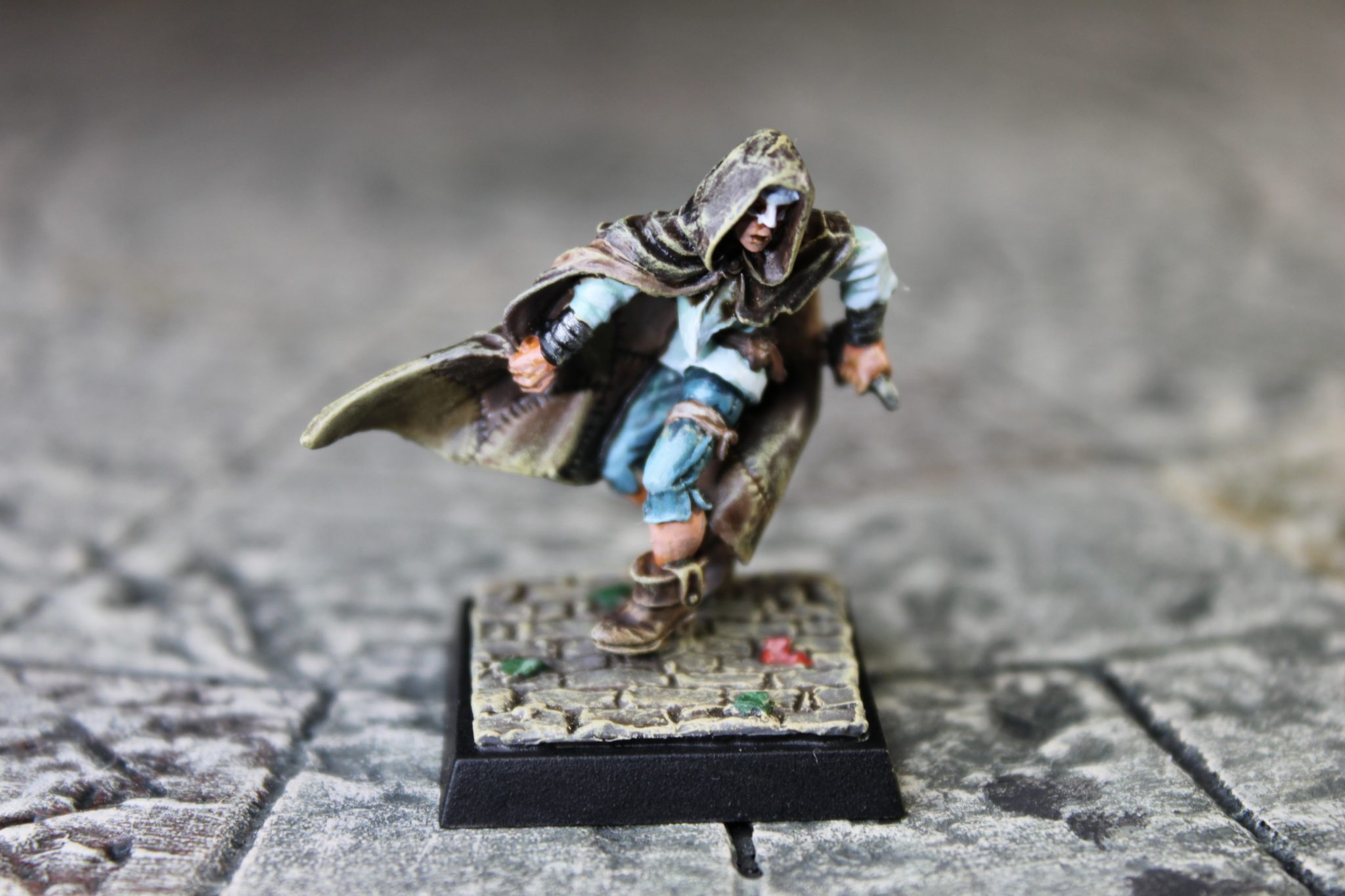 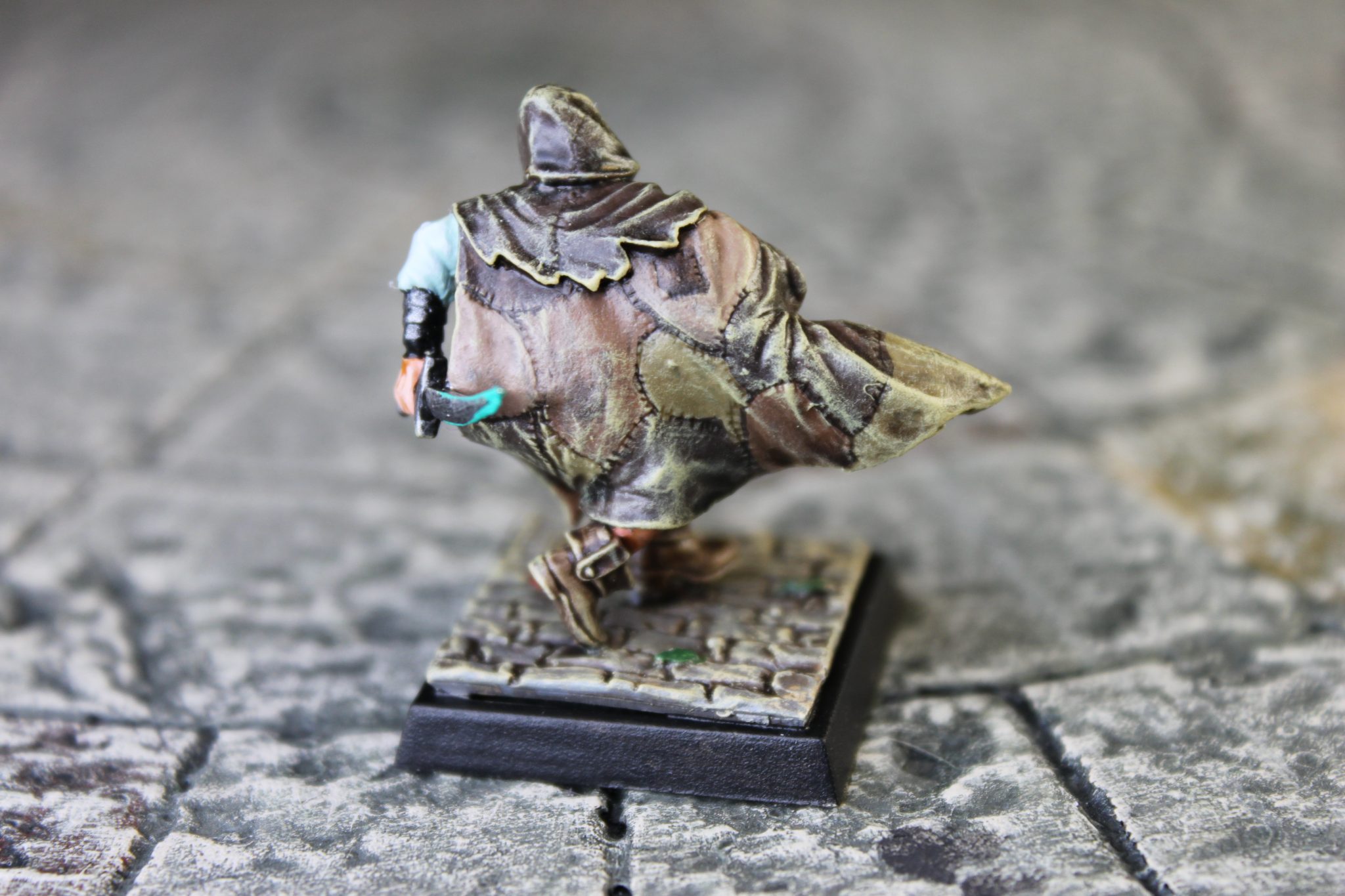 The Masquerade is the most ancient, secretive and powerful crime organisation in Heden Rei, the world our campaign “The War of the Triplets” is set in.