The party, having found themselves back in the material plan, but in the future, were trying to convince the wall guards to let them into what was left of Daisygate following a century long war with the Fey.

While negotiating with the guards to get in, a platinum haired man riding a donkey carrying a bird cage with 7 golden canaries, came rushing towards the party followed by strange horse / people like fey ghosts.

A fight broke out, but the ghostly fey did not expect to face a well prepared party including a Cleric, while the platinum haired man tried to convince the guards to open the gate.

In the end, Damon showing the crest of Bahamut on the shield, convinced the guards to open the gate and aim their arrows as the ghostly creatures.

They learned from the guards that Daisygate is ruled by the Empress Eternal in her tower. 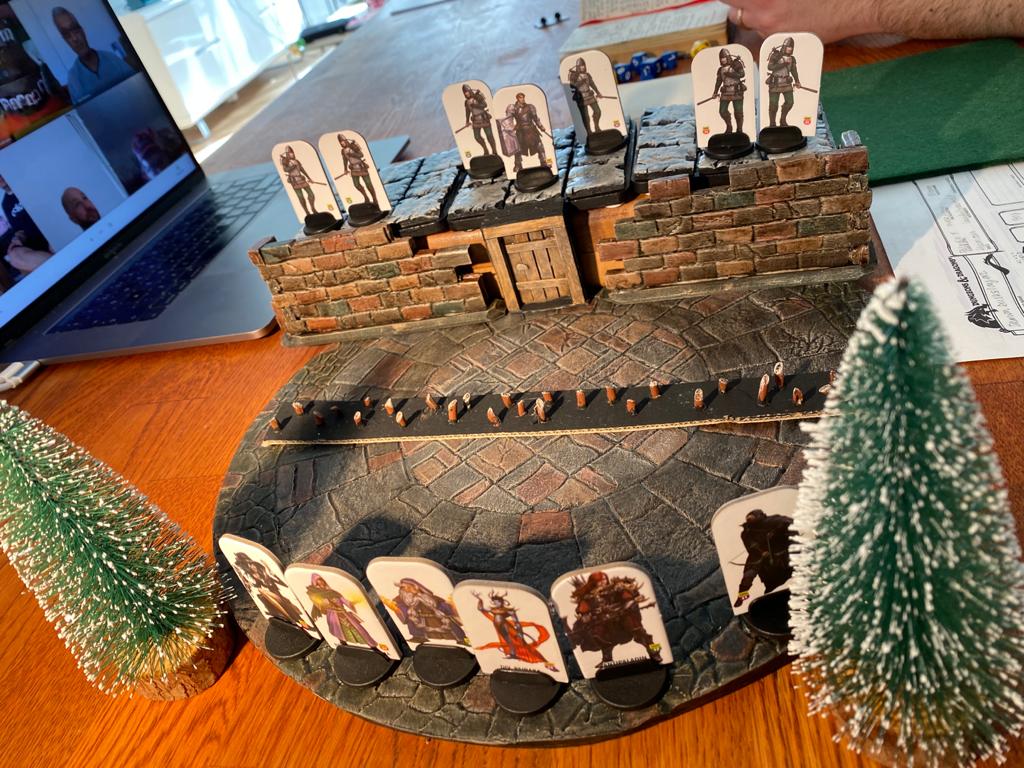 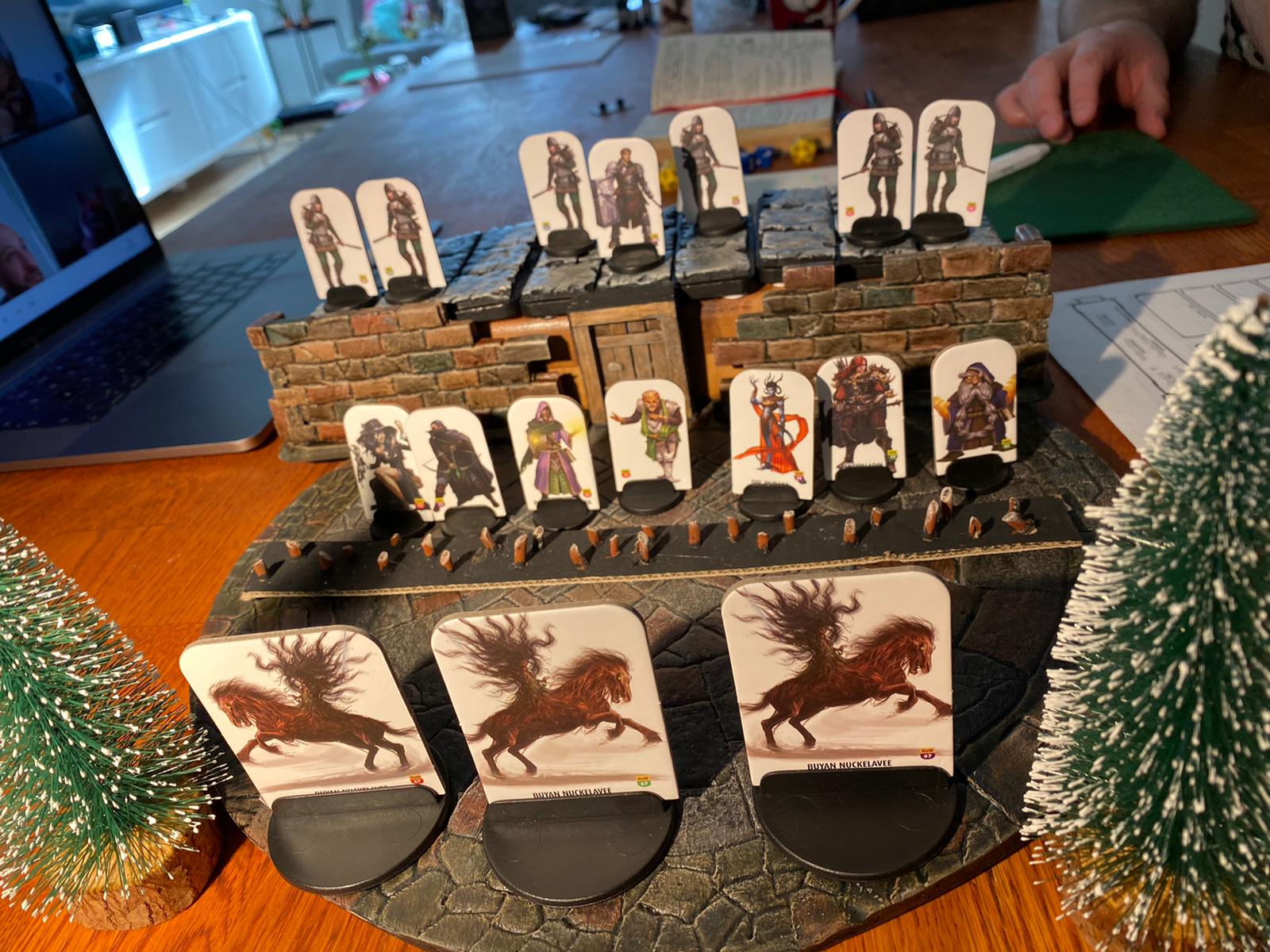 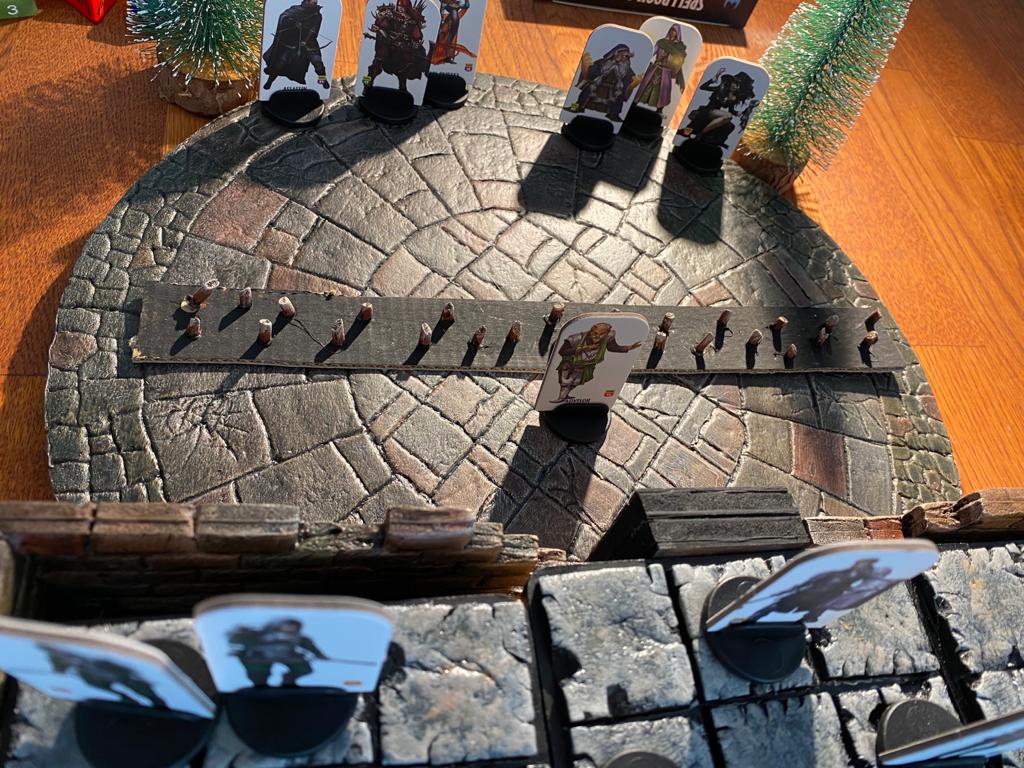 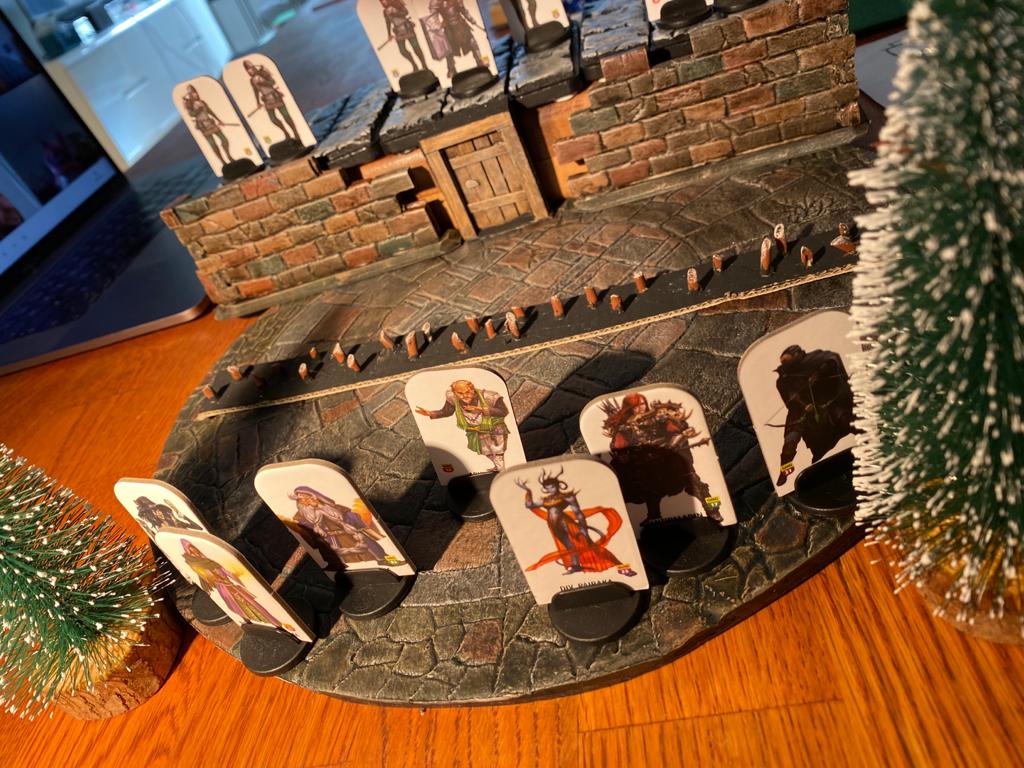 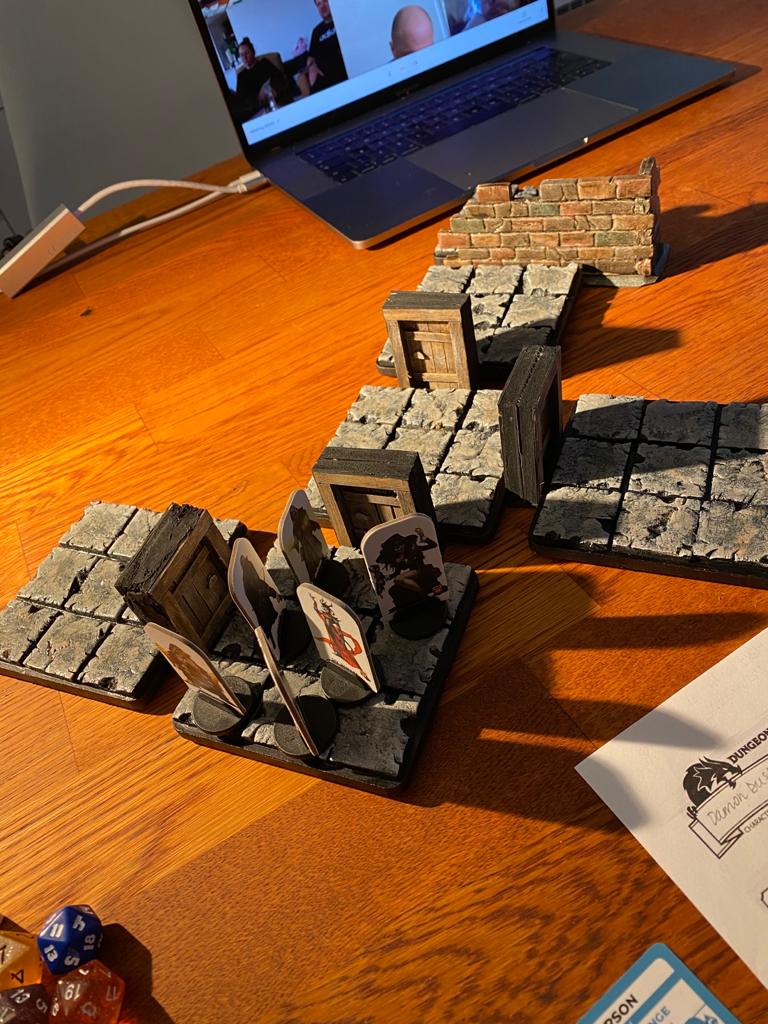 The party now faced the streets of a familiar, yet unfamiliar Daisygate. Nevertheless, they quickly find the house of our Barbarian, Grimshaw’s auntie Tholgina,

It was completely overgrown, but once inside, the party found a clean home that had been maintained by a magic entity, the Will-O-Vacuum that had been summoned centuries ago to clean the house and had never stopped.

The party also found three squatting Quickling Fey hidden in the secret basement, Two zapped past the party, but the third was caught by its tiny ankle by Alyanys the Warlock and quickly stored in a jar Grimshaw grabbed in the nimble fashion.

Feather the Cleric swatted on of the fleeing quicklings, while Barien, the Ranger, shot down the other speedy little fey with a crack shot.

Post battle, the party learned from Lilysting, the Quickling caught, that the Evil Leader wants to kill all the Fey.

Hit by reality in Daisygate

Waking up the next morning, the party realised the gods had truly disappeared and their magic and their god-connected divinities had not returned to them in the course of the night.

DM notes: No spellslots or divinity used will return after rest and some other bits and bops.

With that unpleasant realisation, the party decided to talk to the townsfolk to find clues and information that may shed some more light on the familiar, yet alien world they found themselves in.

Rumours (that may or may not be true) the party picked up: