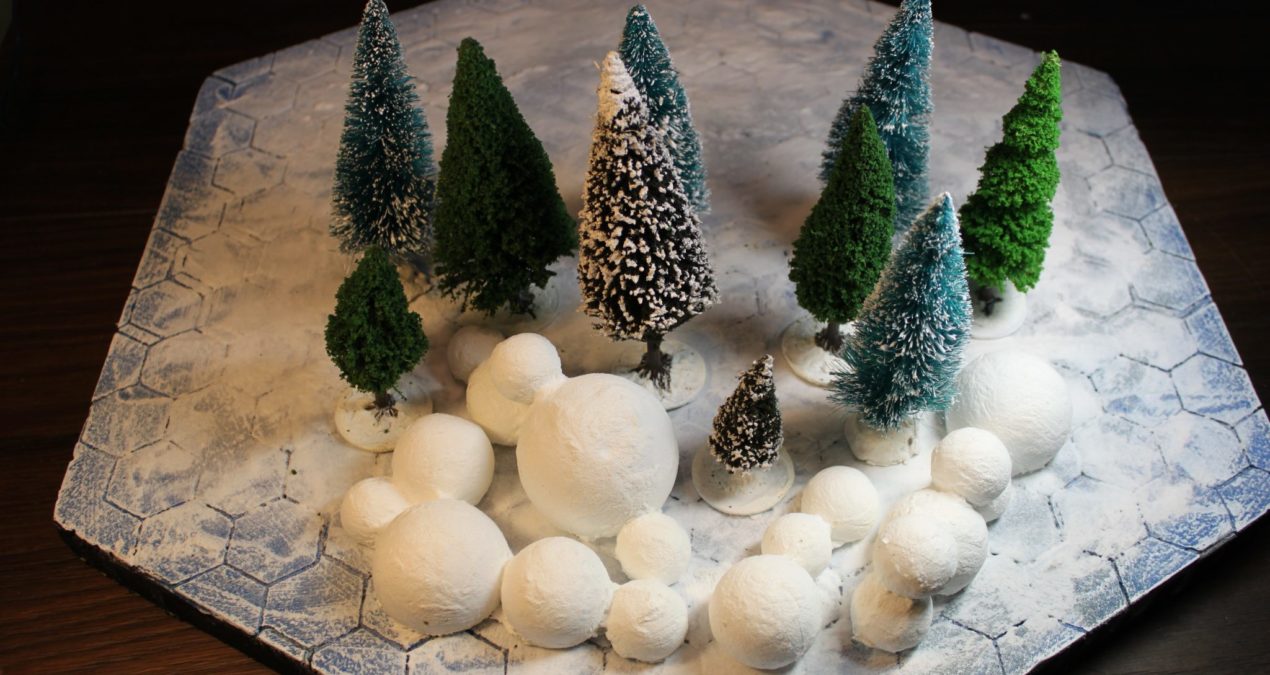 For my 2018 Christmas D&D oneshot, I needed some quick winterish terrain to go with my Ice and Snow Terrain set.

Now this was all made really speedy, but I am happy with the result.

Basically for rolled up snowballs I used polystyrene balls and glued a mixture of white paint, PVA and baking soda on them. Followed by a protective layer of PVA mixed with water.

The trees were basically Christmas decorations glued to washers and coins and with the same mixture added to the bases.

Only regret was I had to use some curly cardboard for bases for the snowballs as I was large immobile due to a trapped nerve so couldn’t get out to get something better in time. However, I later realised I could literally rip off the cardboard base. Problem solved! 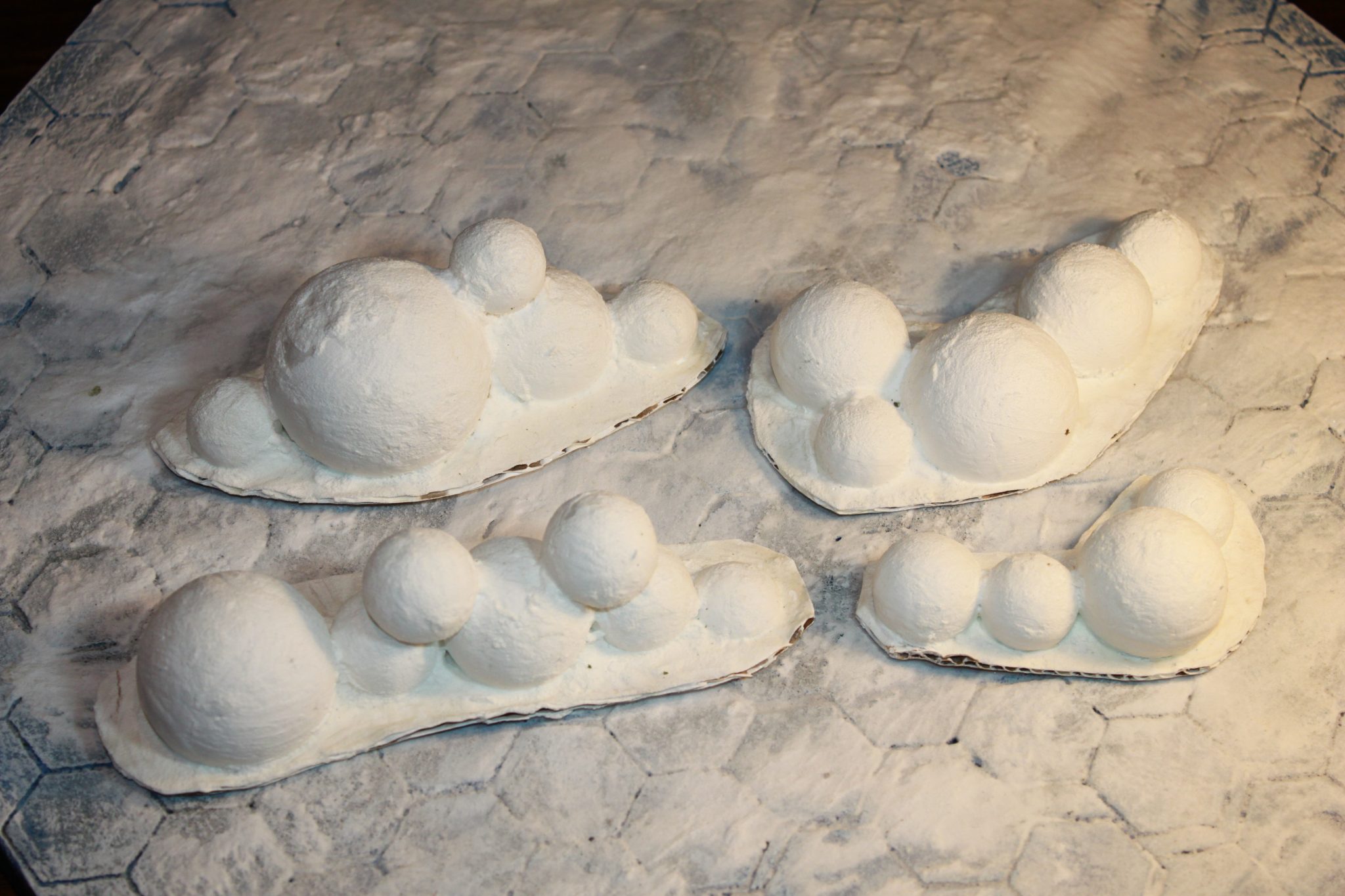 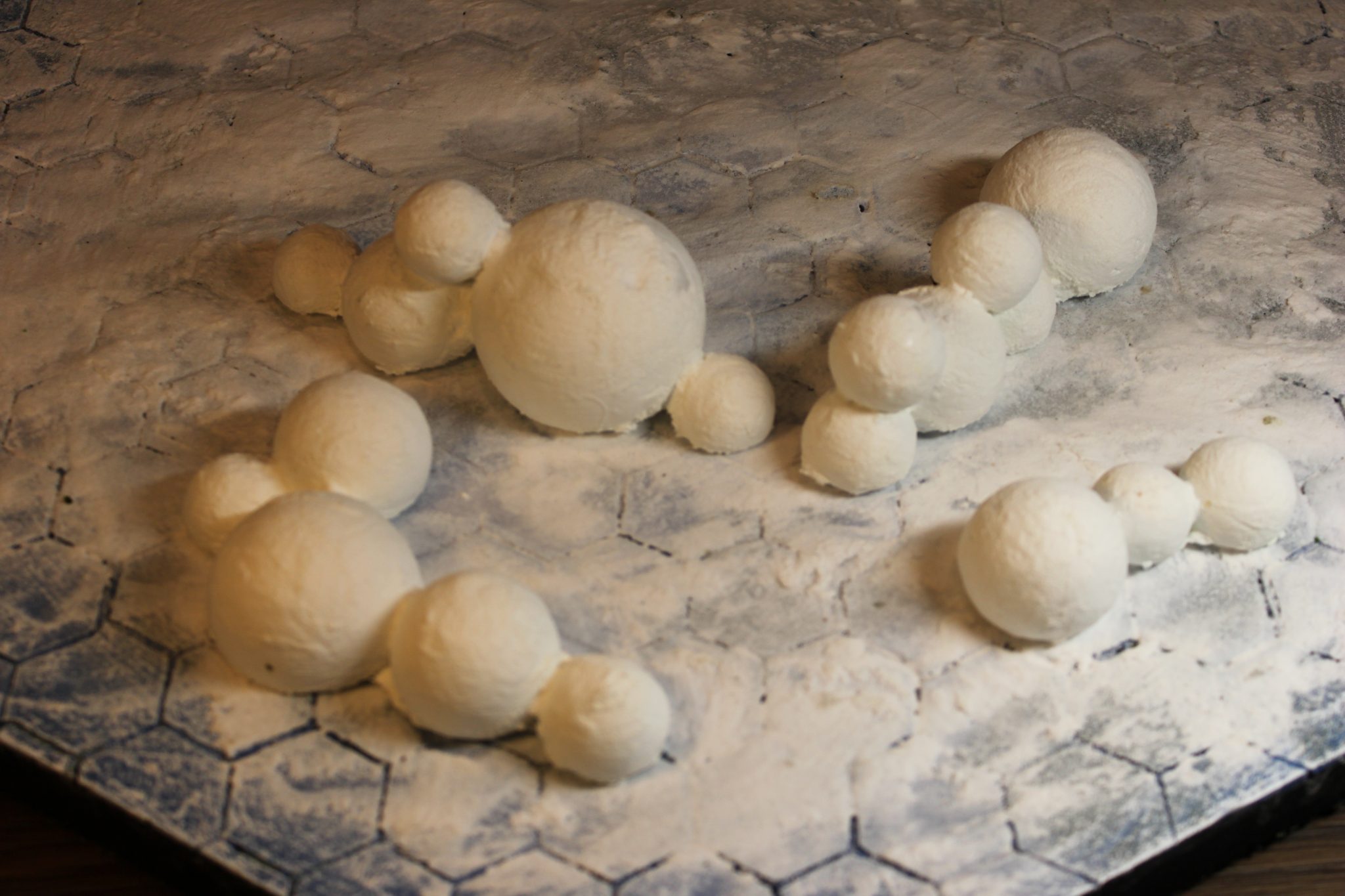 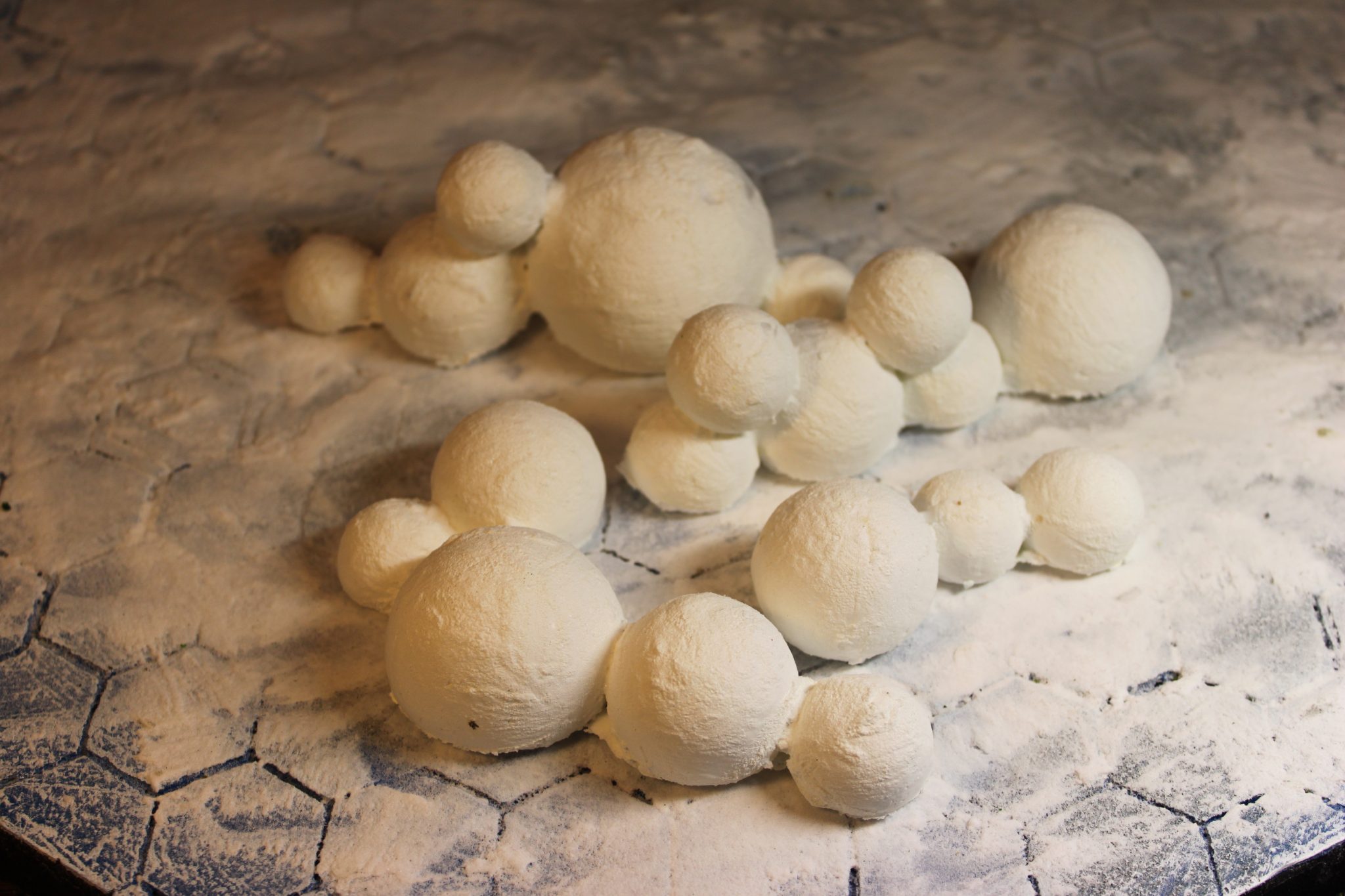 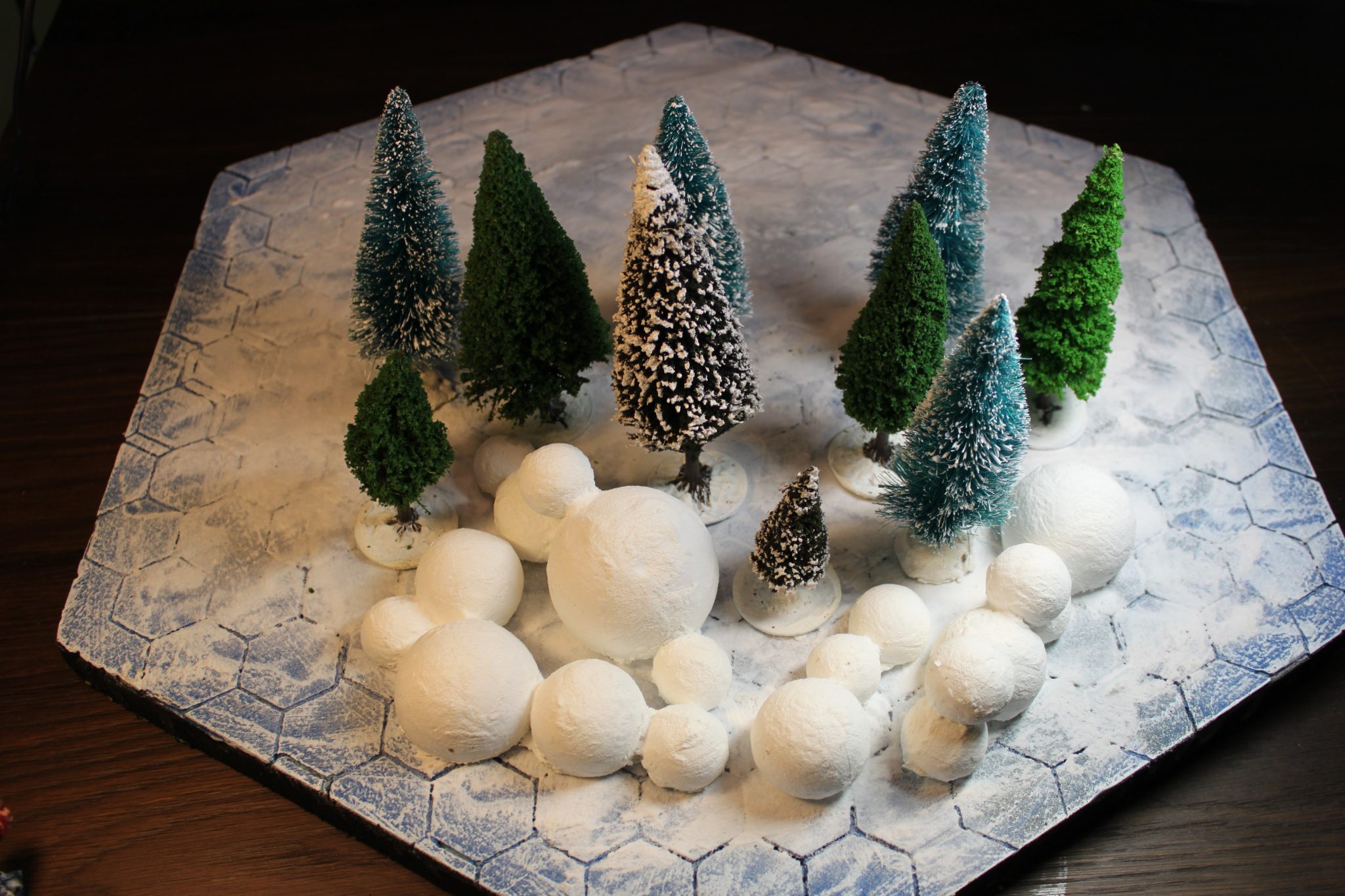 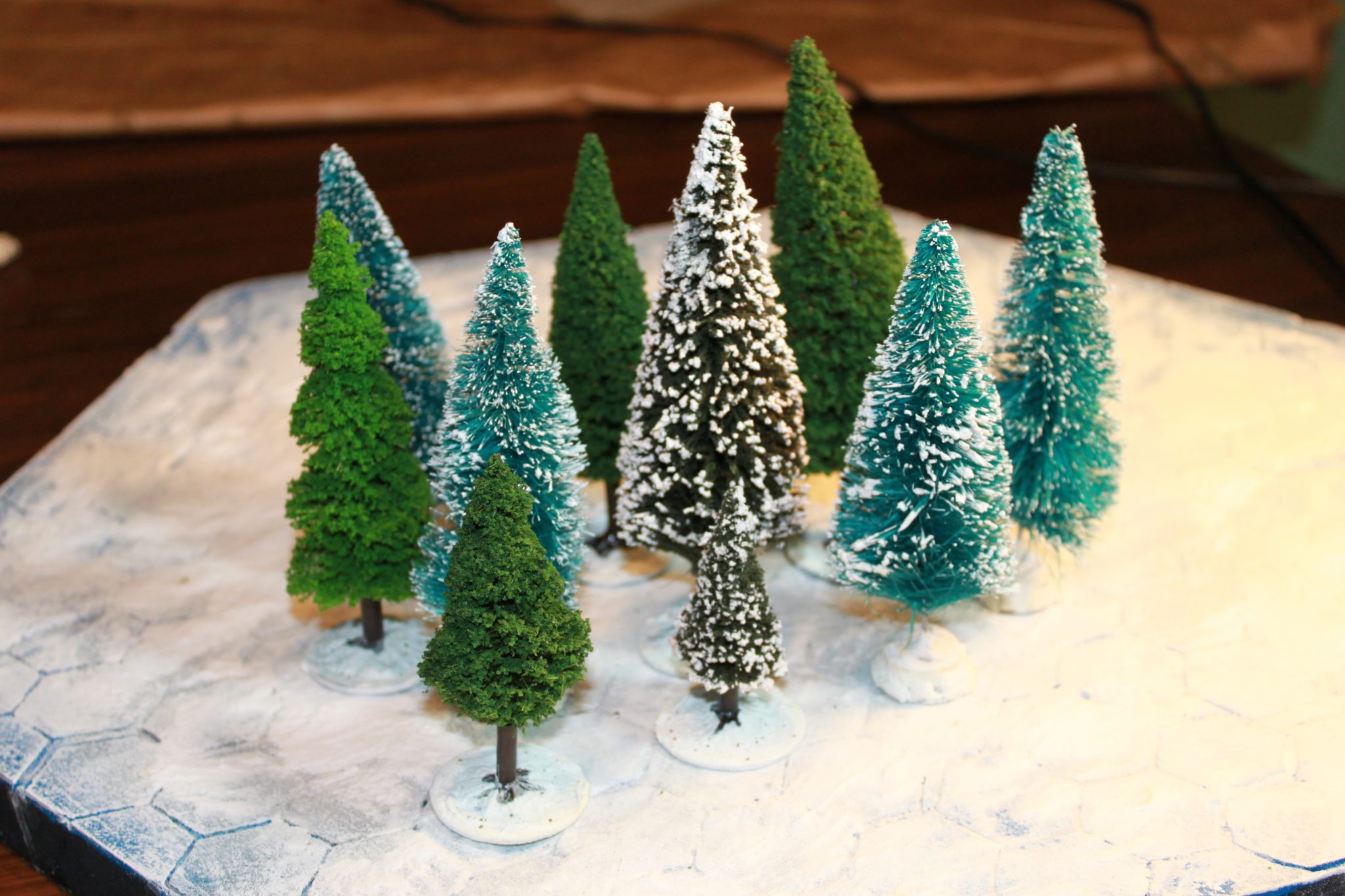 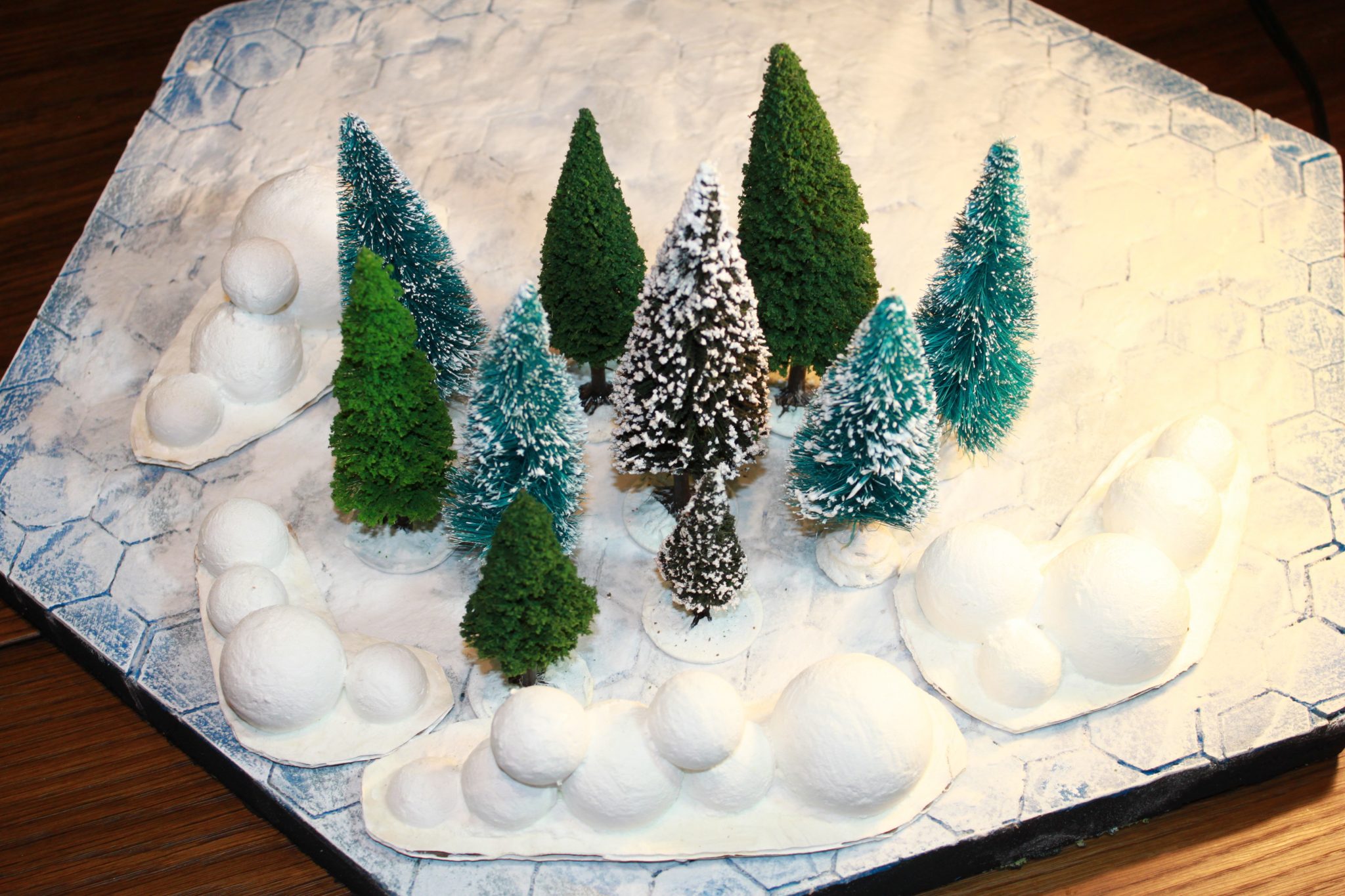