Following the Woodland gaming board set, I decided to make a snow and ice set, mainly because I knew how to make it as I’ve made snow terrain back in the 90s when I played Warhammer 40.000.

To save space, I made it on the opposite side of the Woodland set, but the scatter bits are vastly different… this has to do with A) I made the scenery for a a specific adventure in mind B) I find it boring making the same walls, hills etc for each theme.

I feel each theme should have it’s own personality and the Ice and Snow set is centred around a massive staircase that enables me to make mountain climbing adventures! 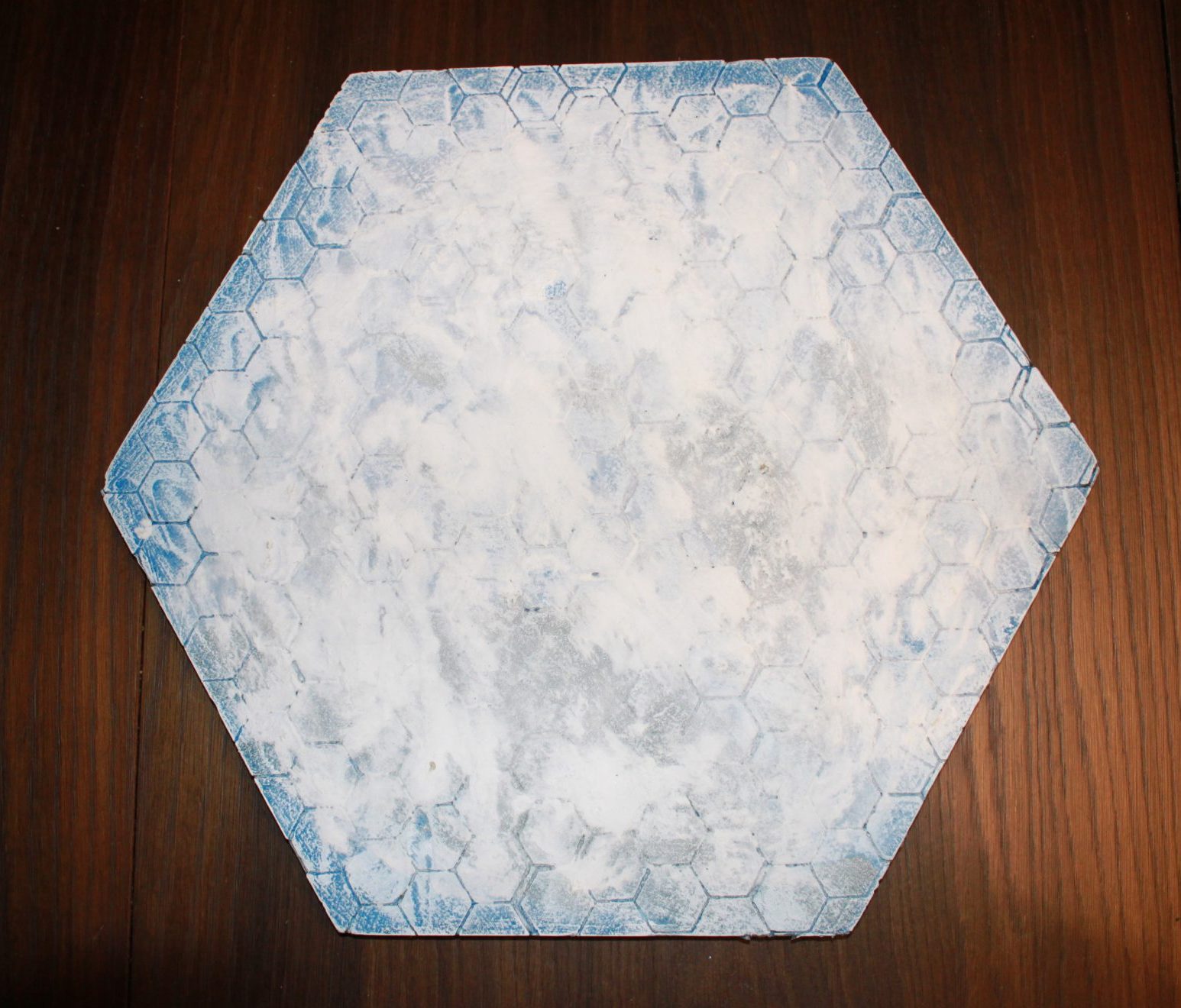 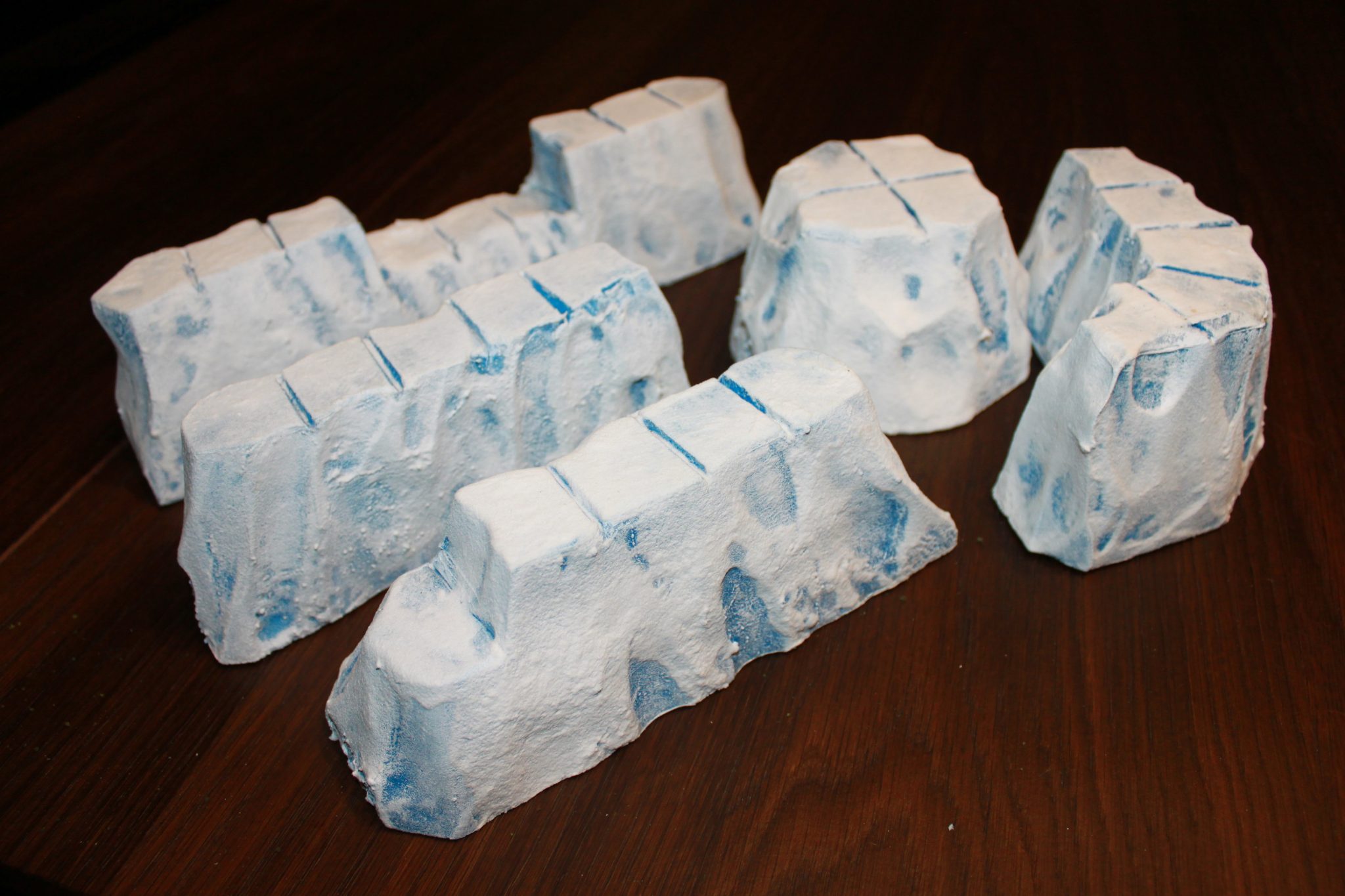 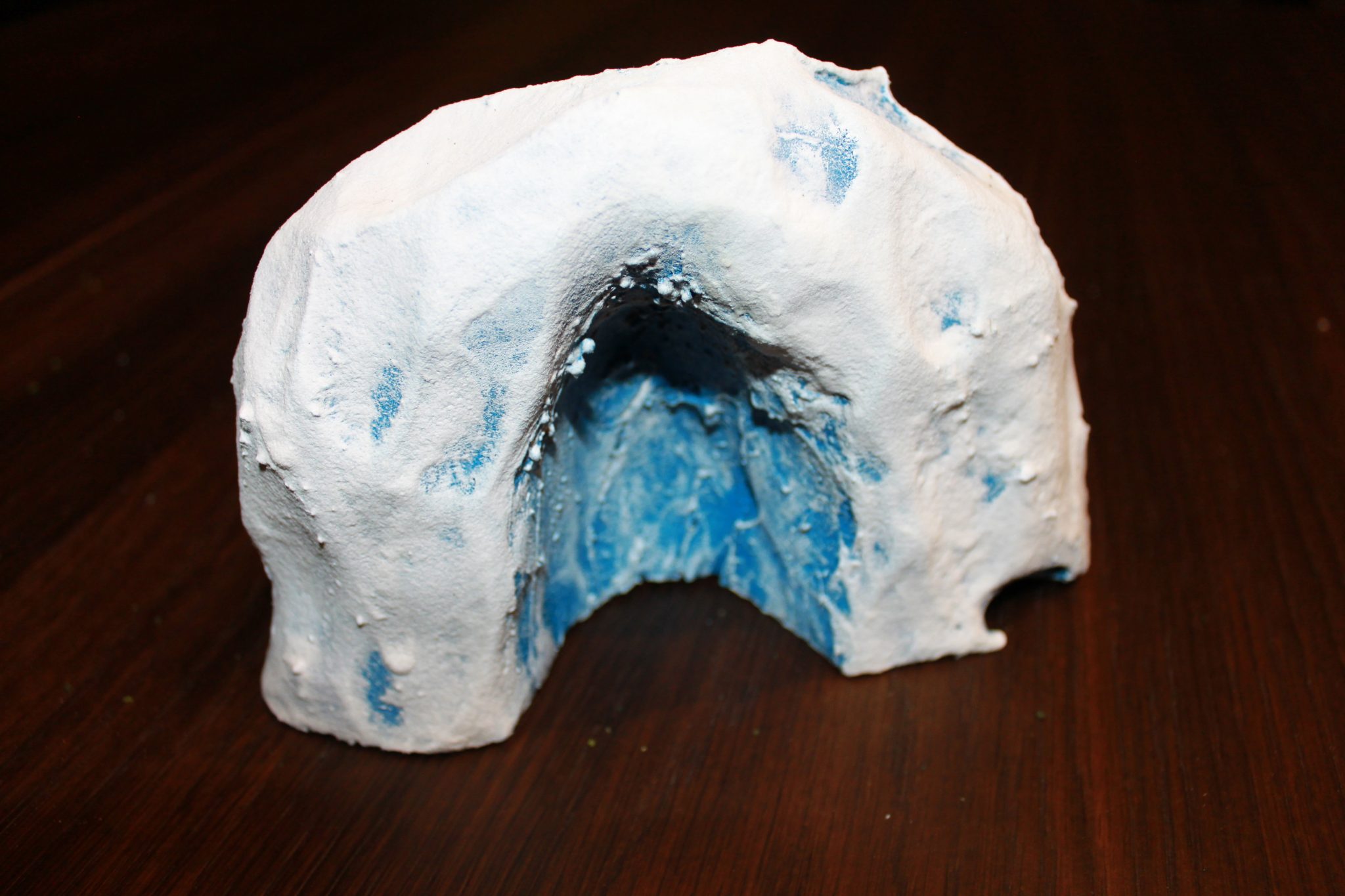 I decided to make the steps on the staircase double size and width to make it easier for miniatures to stand on them. It does give it an epic giant feeling as well. 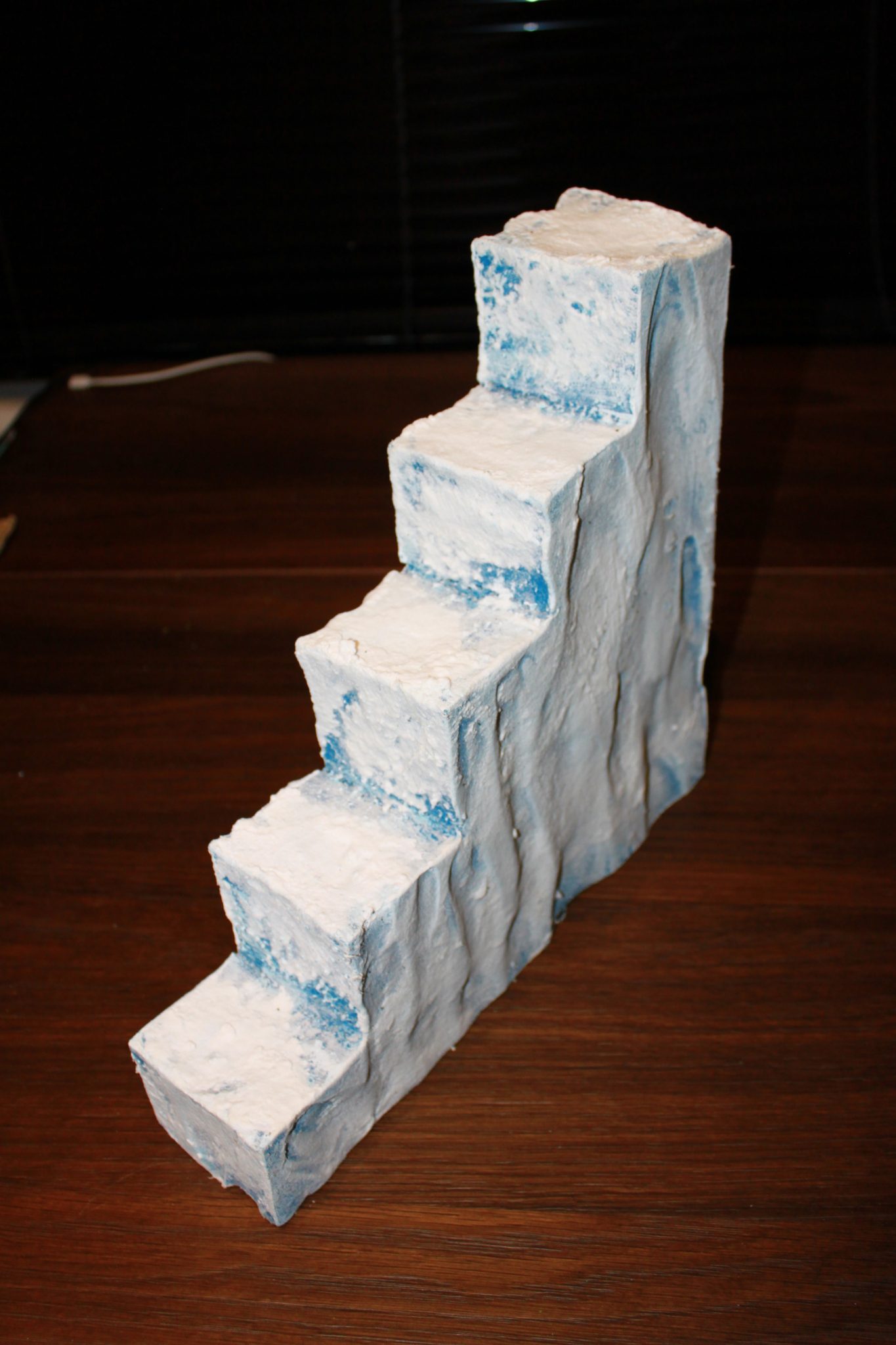 A later addition to the scatter is this ice statue… or is it a frozen person? 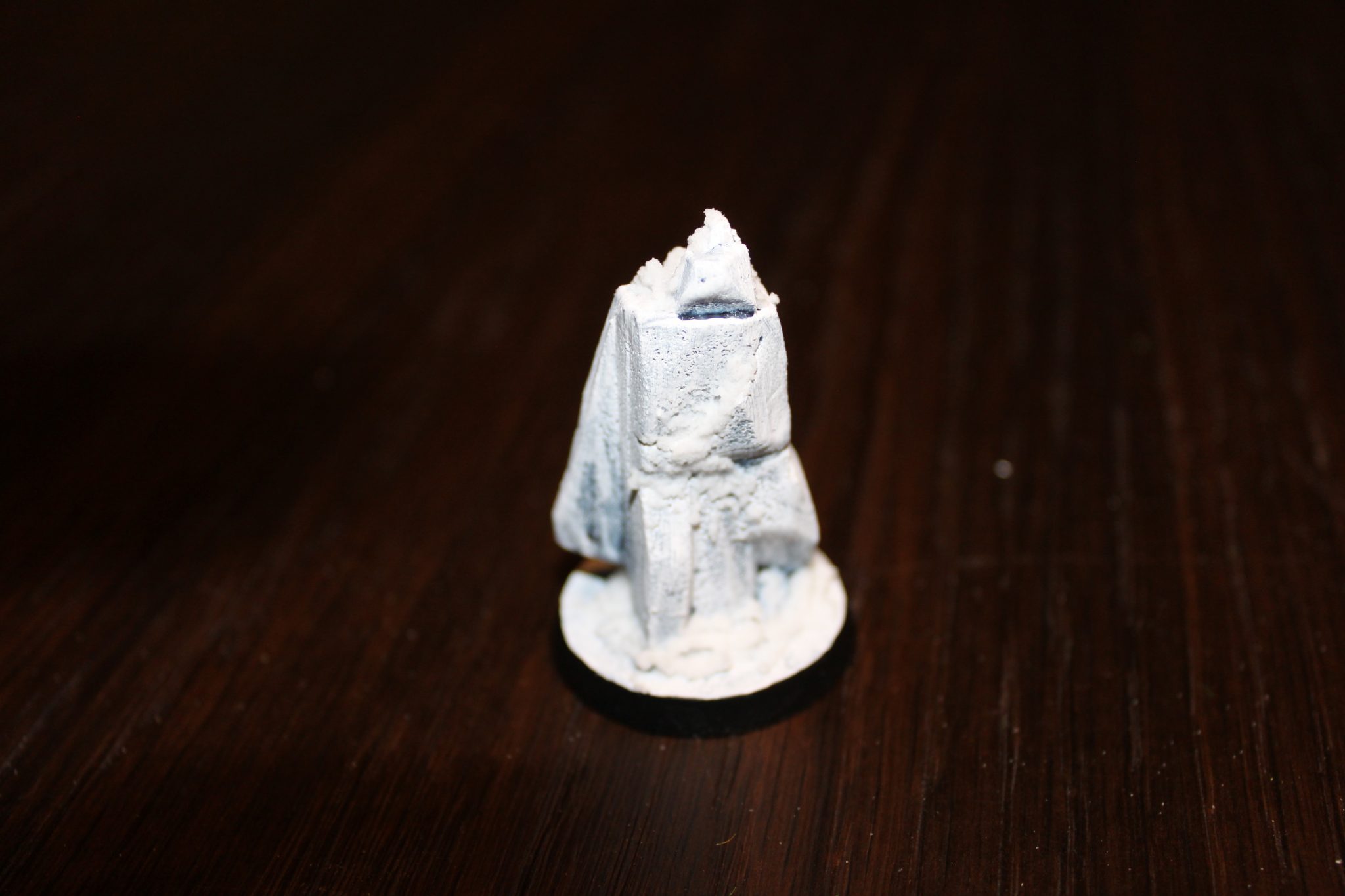 Another later addition is this ancient floor carving with some odd mechanics (spooky). 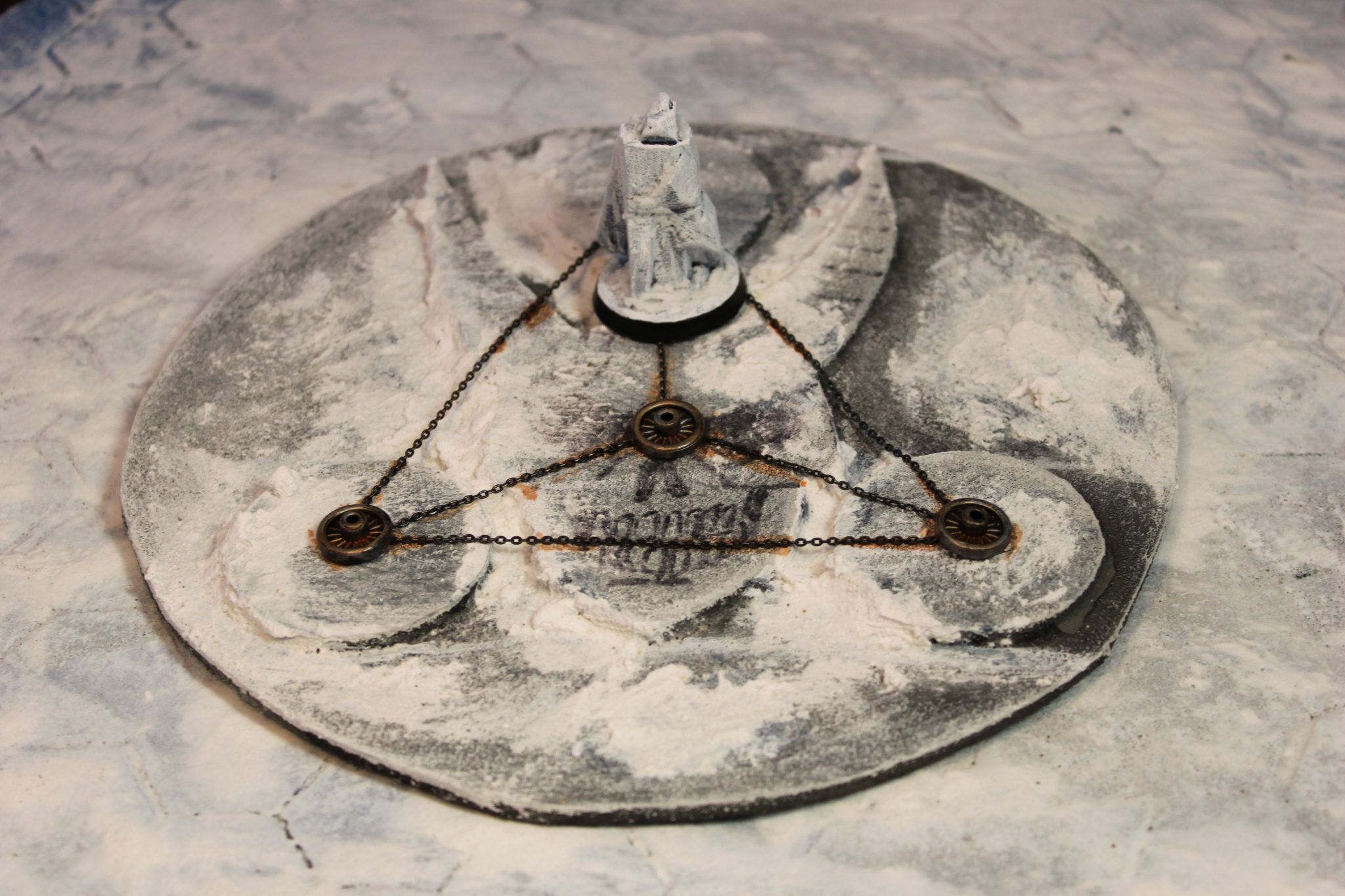 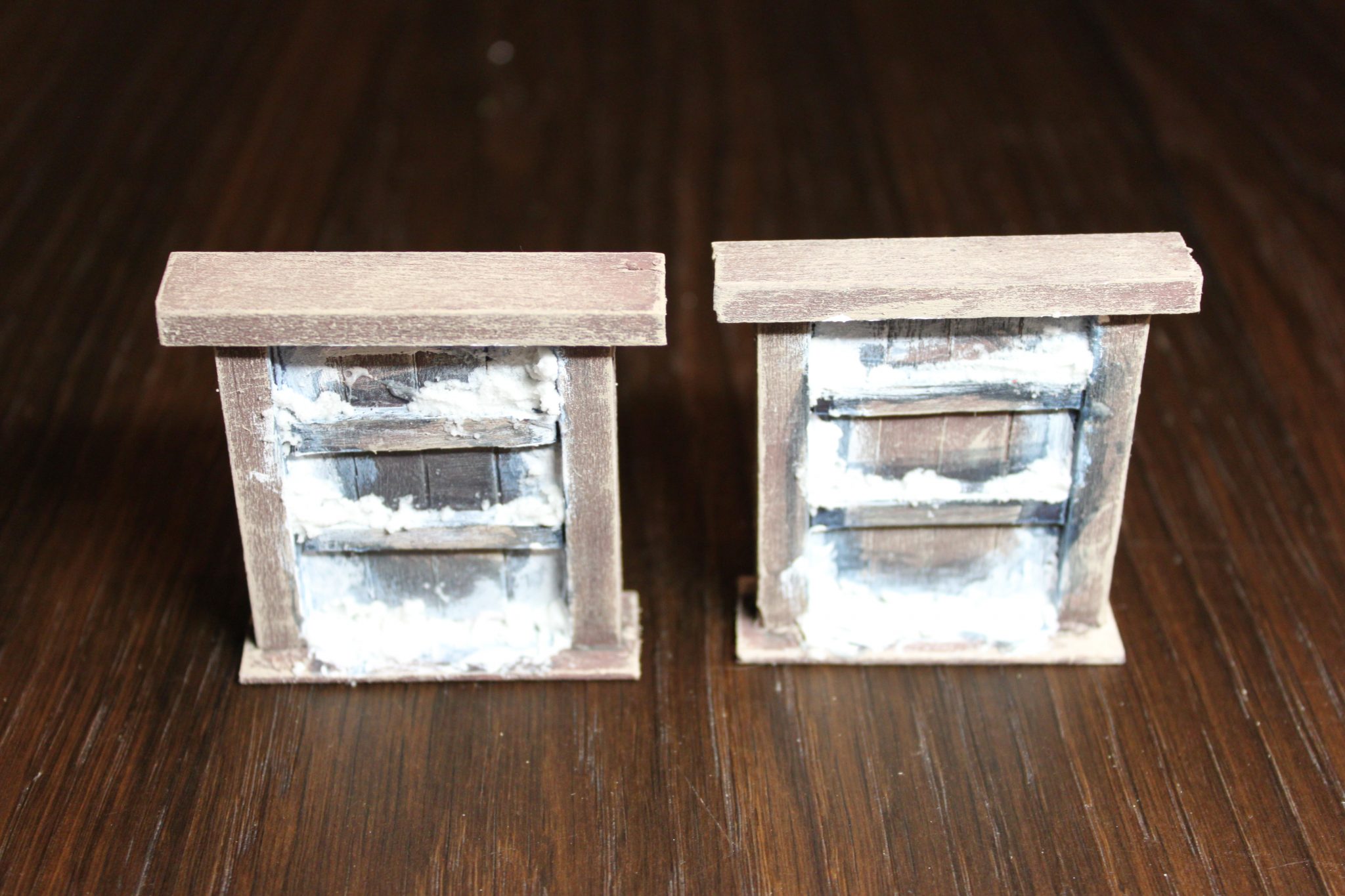 I made these doors while making my Lava Inferno gaming board set. 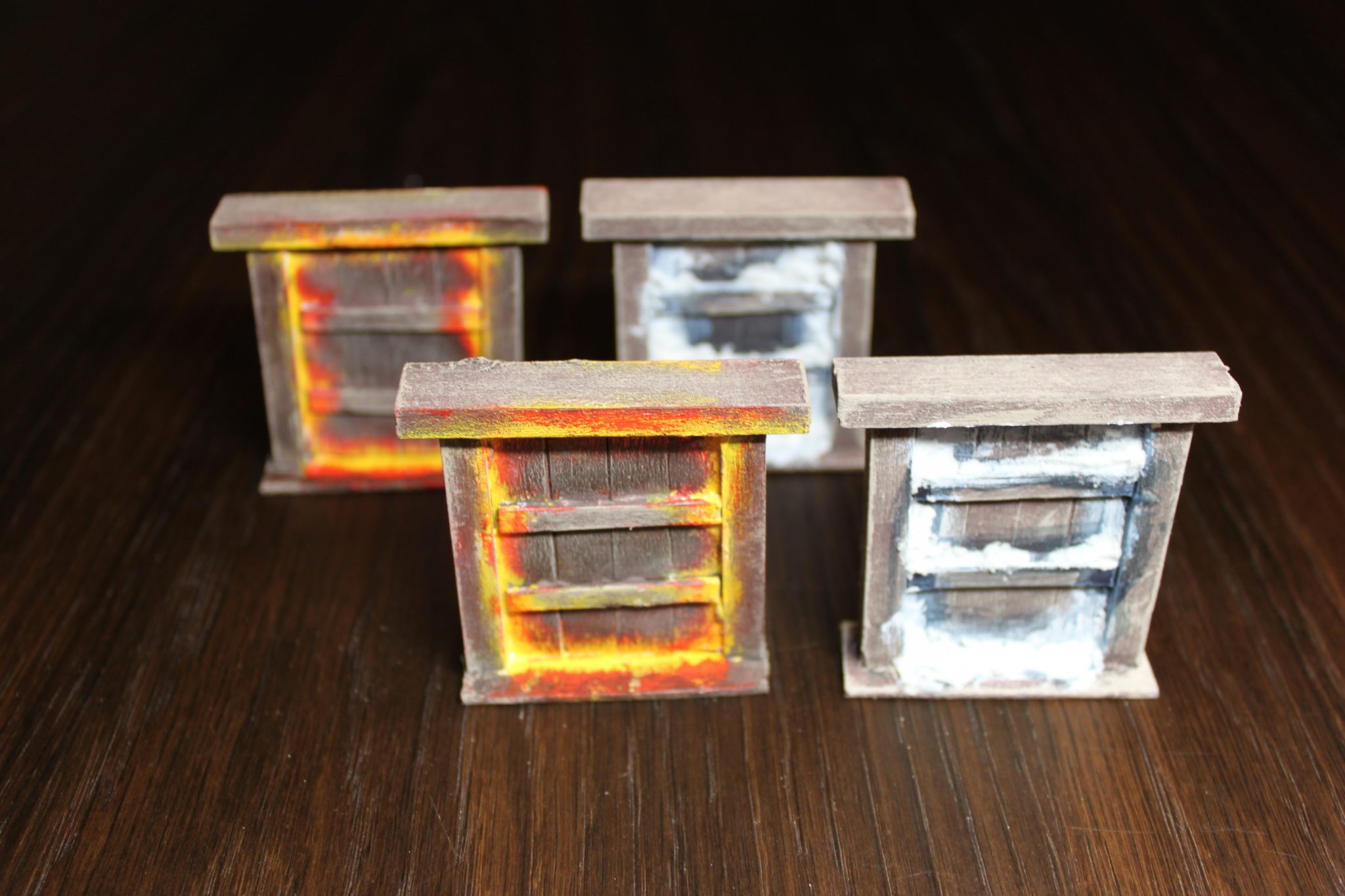 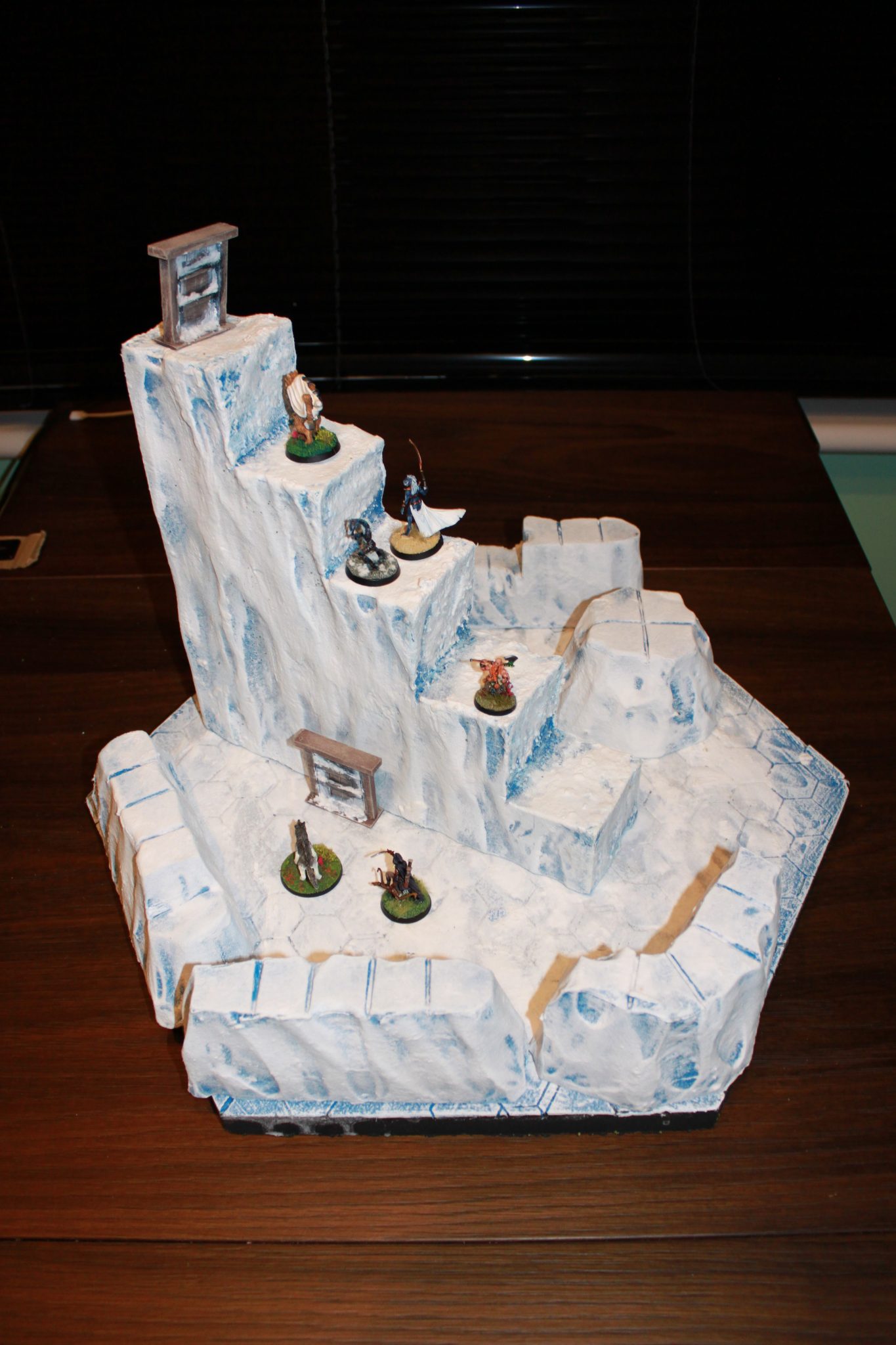 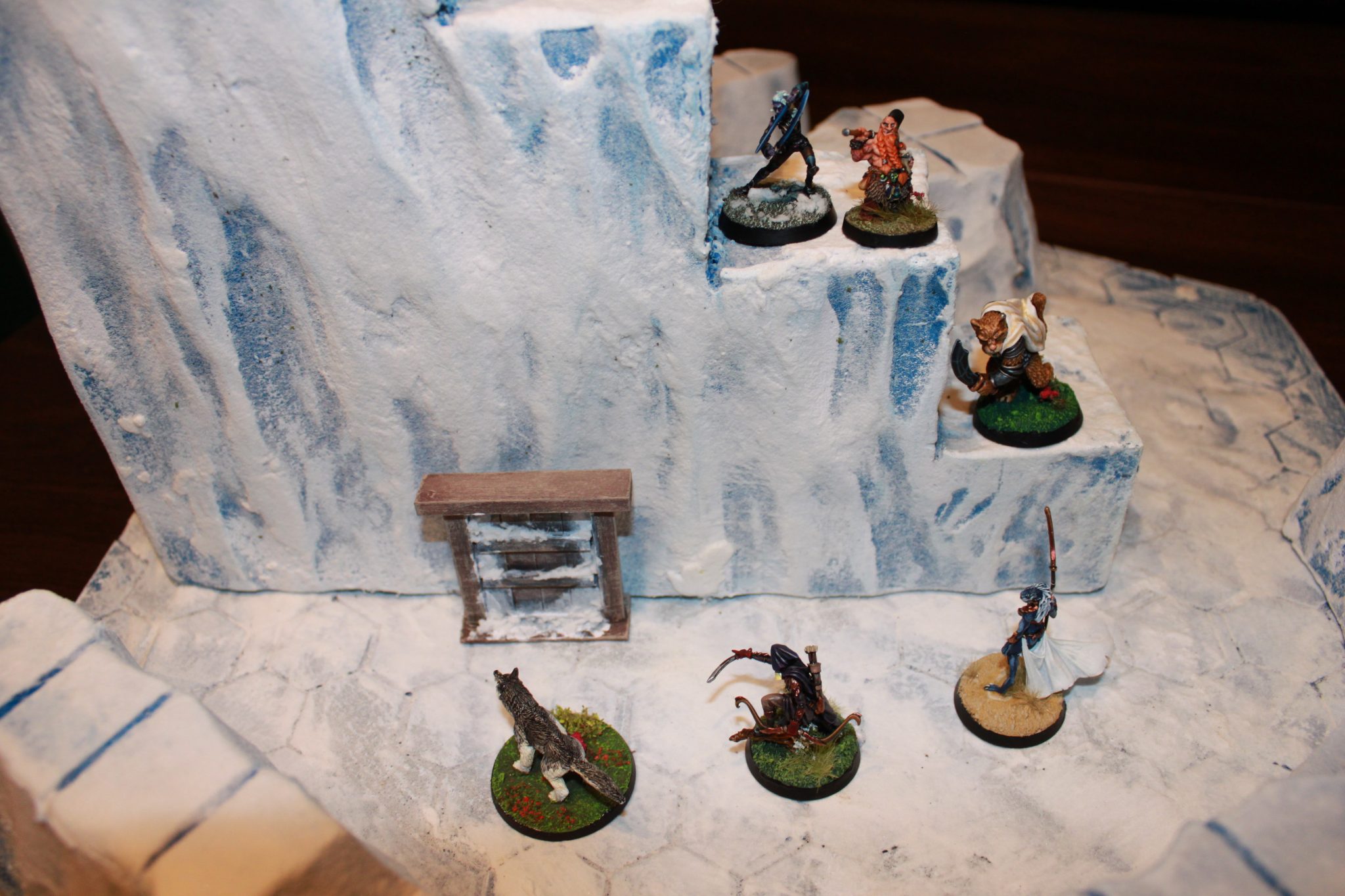 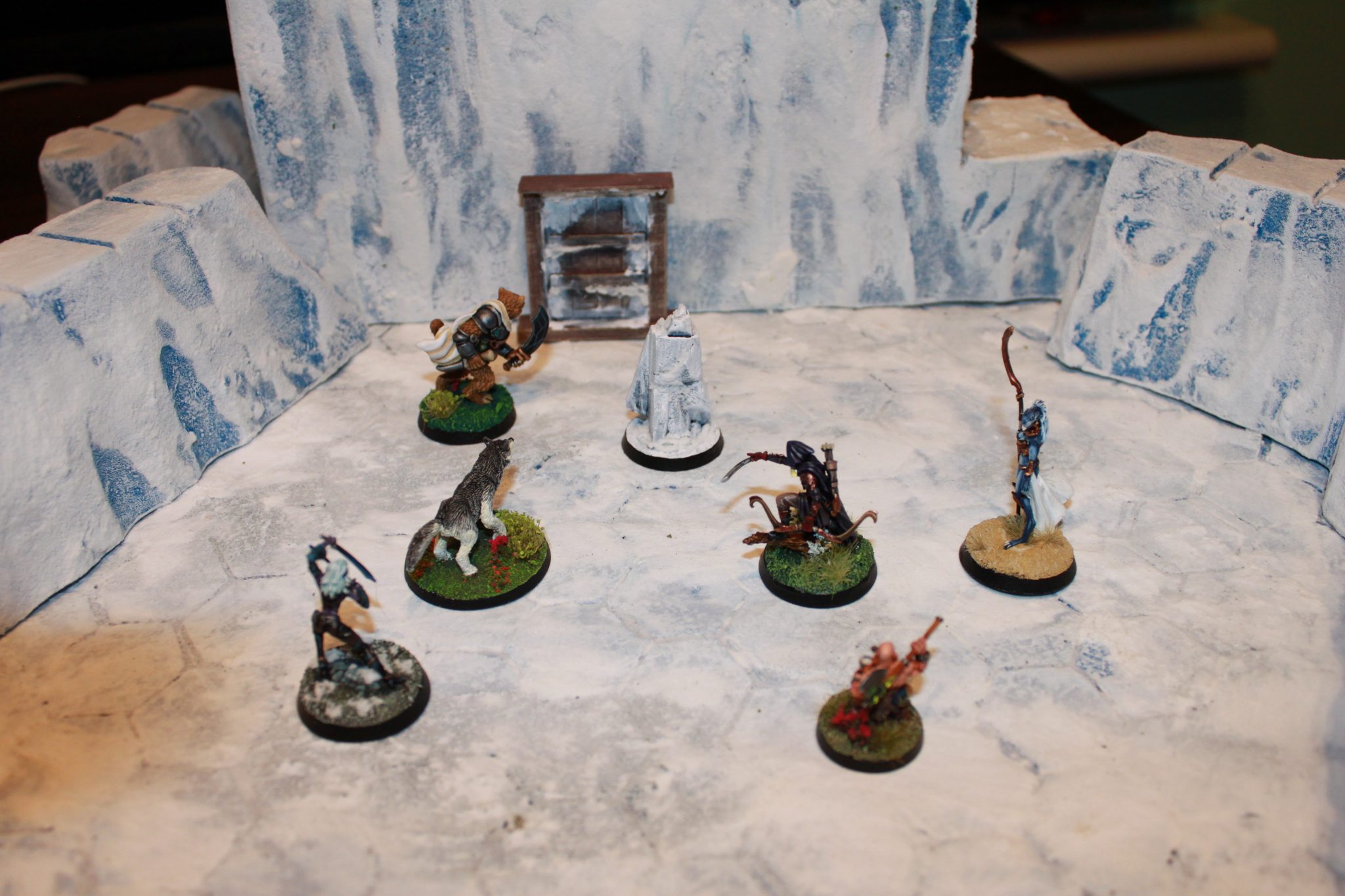 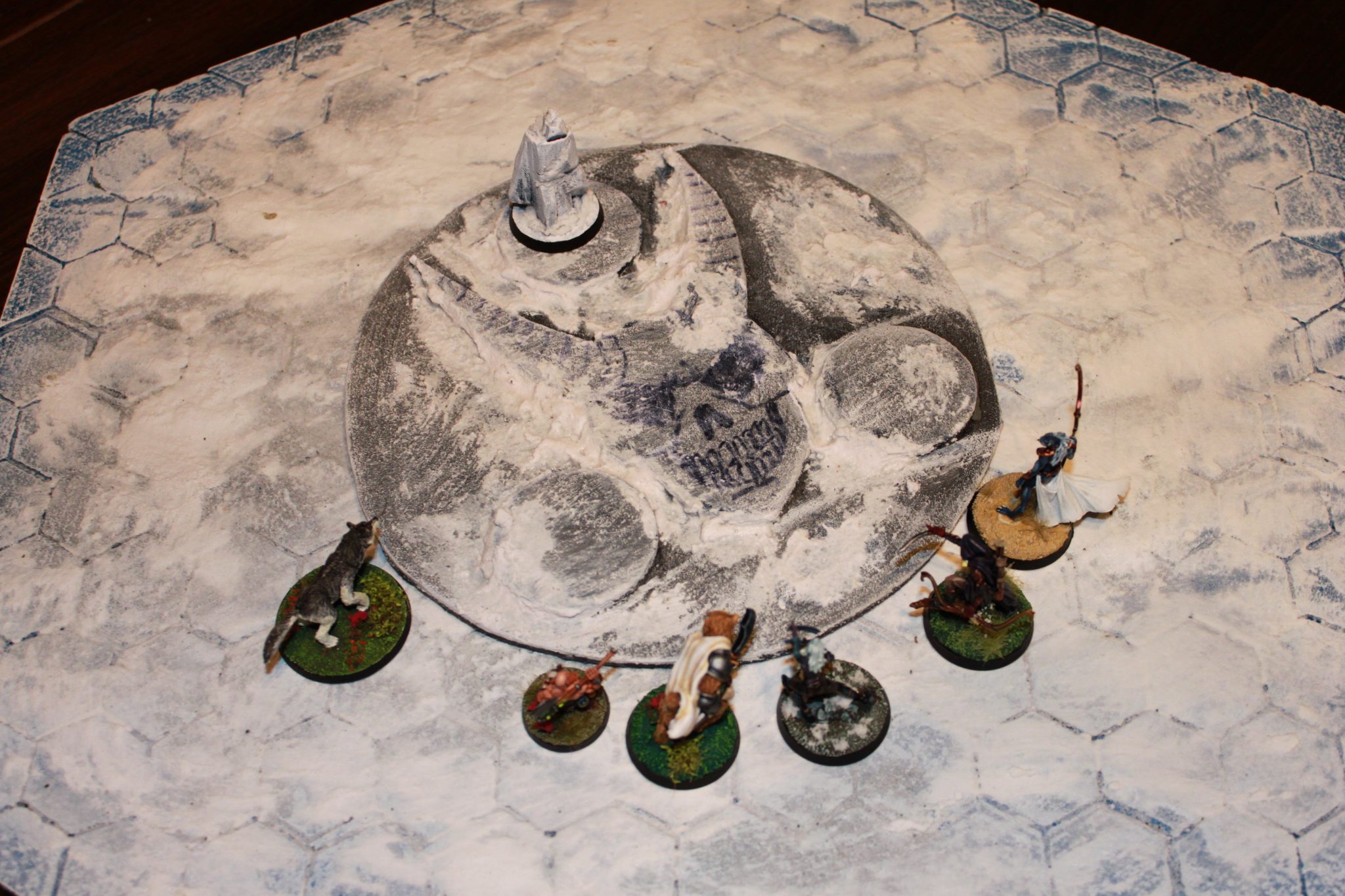 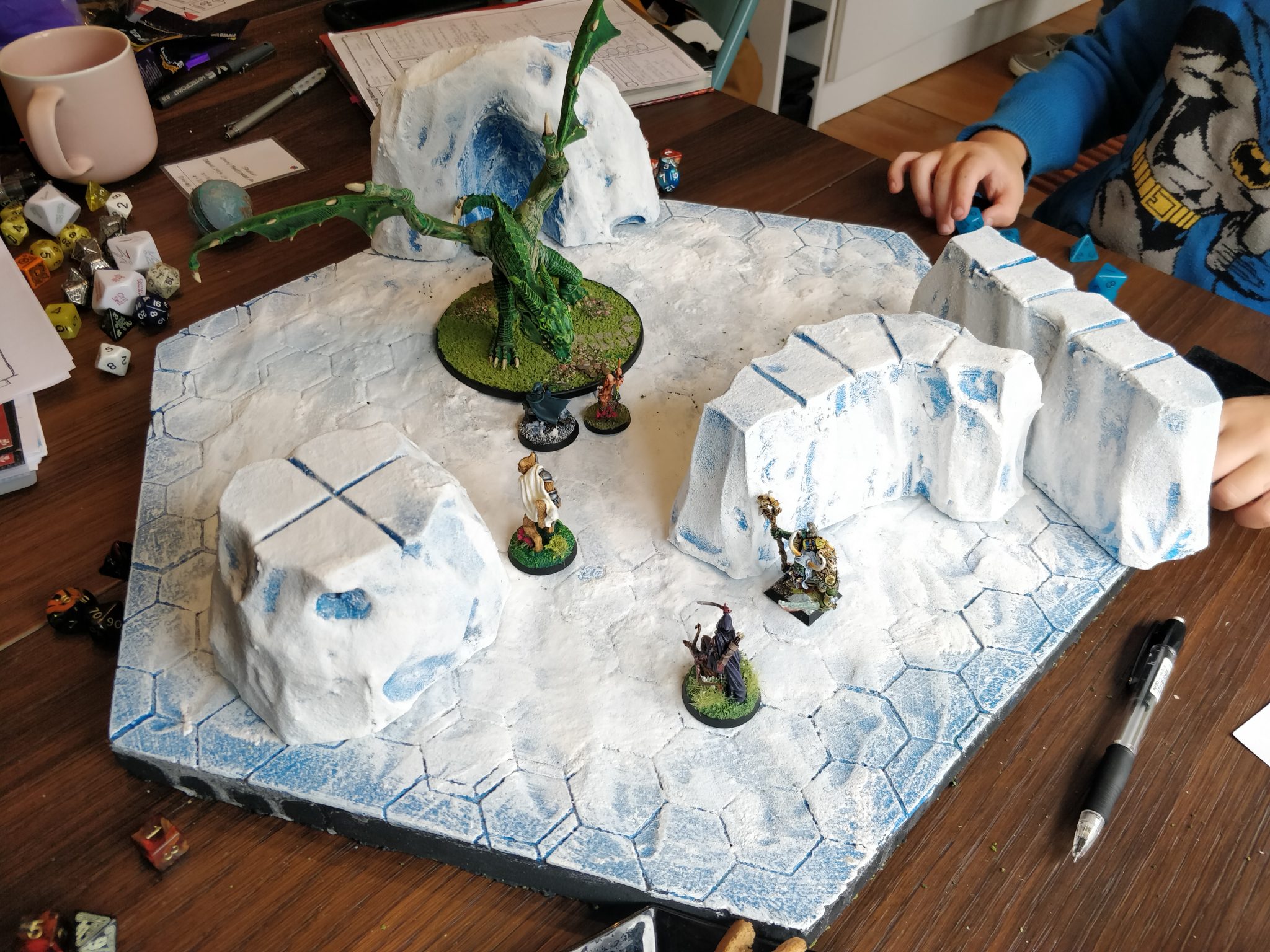 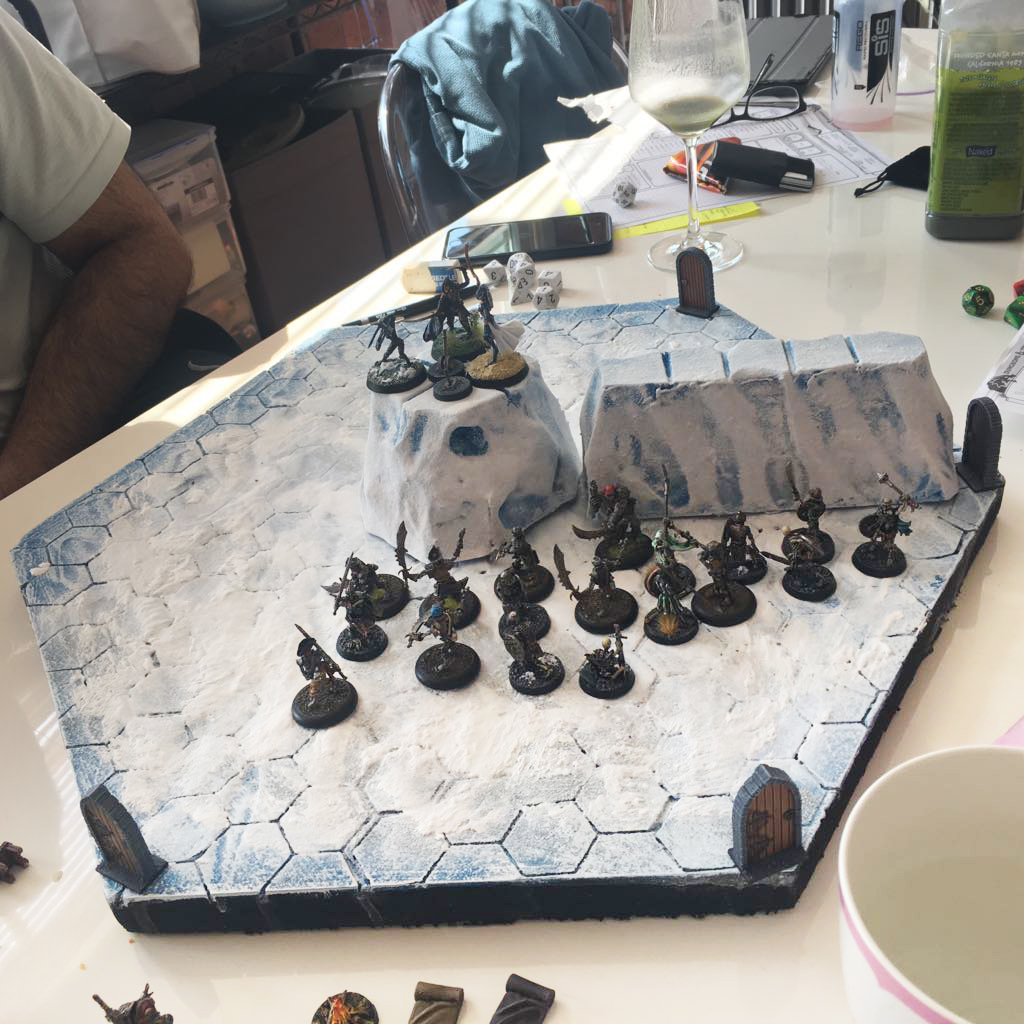 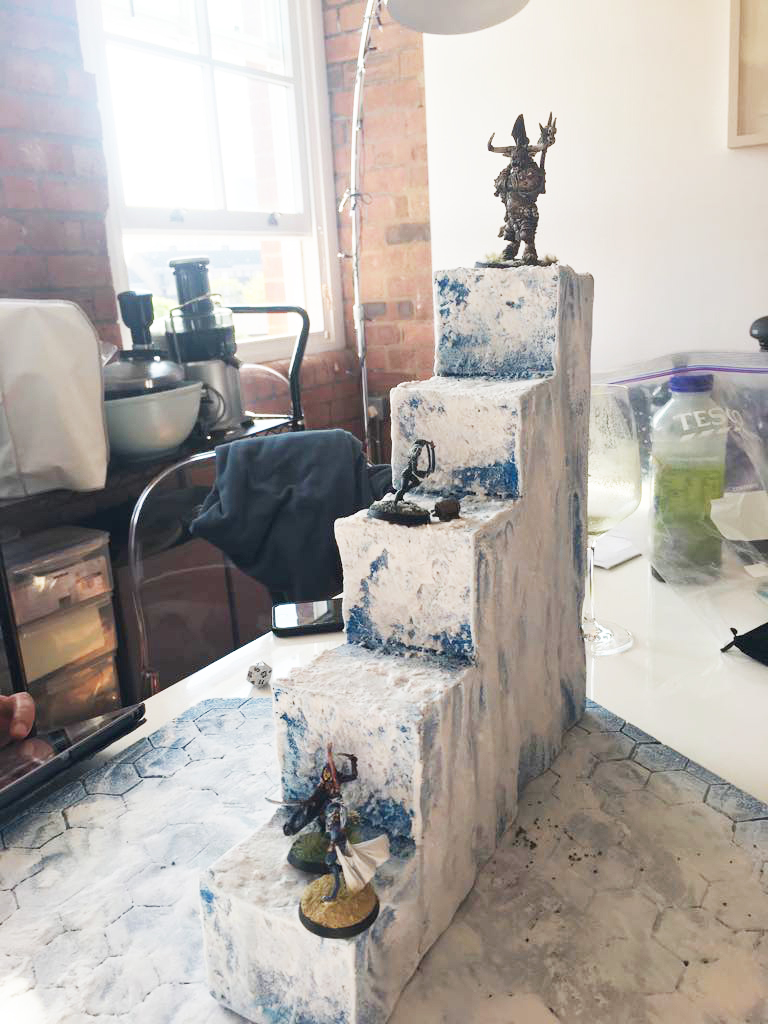