DM note, In August 2021 we started playing D&D with the heroes that would come to be known as The Hellbenders.

Since then we have played across three campaigns starting with A Way Home followed by A Date with the Devil and currently The Troll Hunt.

Waking up, our heroes felt a slight tingle in their little budding horns they had gained during their adventures in Phlegethos.

While they had gotten used to their new features, Kaari the Ranger nevertheless used her Primeval Awareness  to sense anything fiendish and she did feel a faint “blip” in Mountainwild Forest that they had passed through a few days earlier.

Having enlisted Father Winter and his Winter Gnomes to protect Wildgate from further Troll (or Goblin) attacks, our heroes left to hunt the growing Troll warband.

They followed the track to Lowest, a small farming village, the heroes now faced a split in the road:

The Hellbenders quickly decided to follow the steep road to the Adamantine Flow and soon found themselves on a narrow path on the side of the steep mountain side. 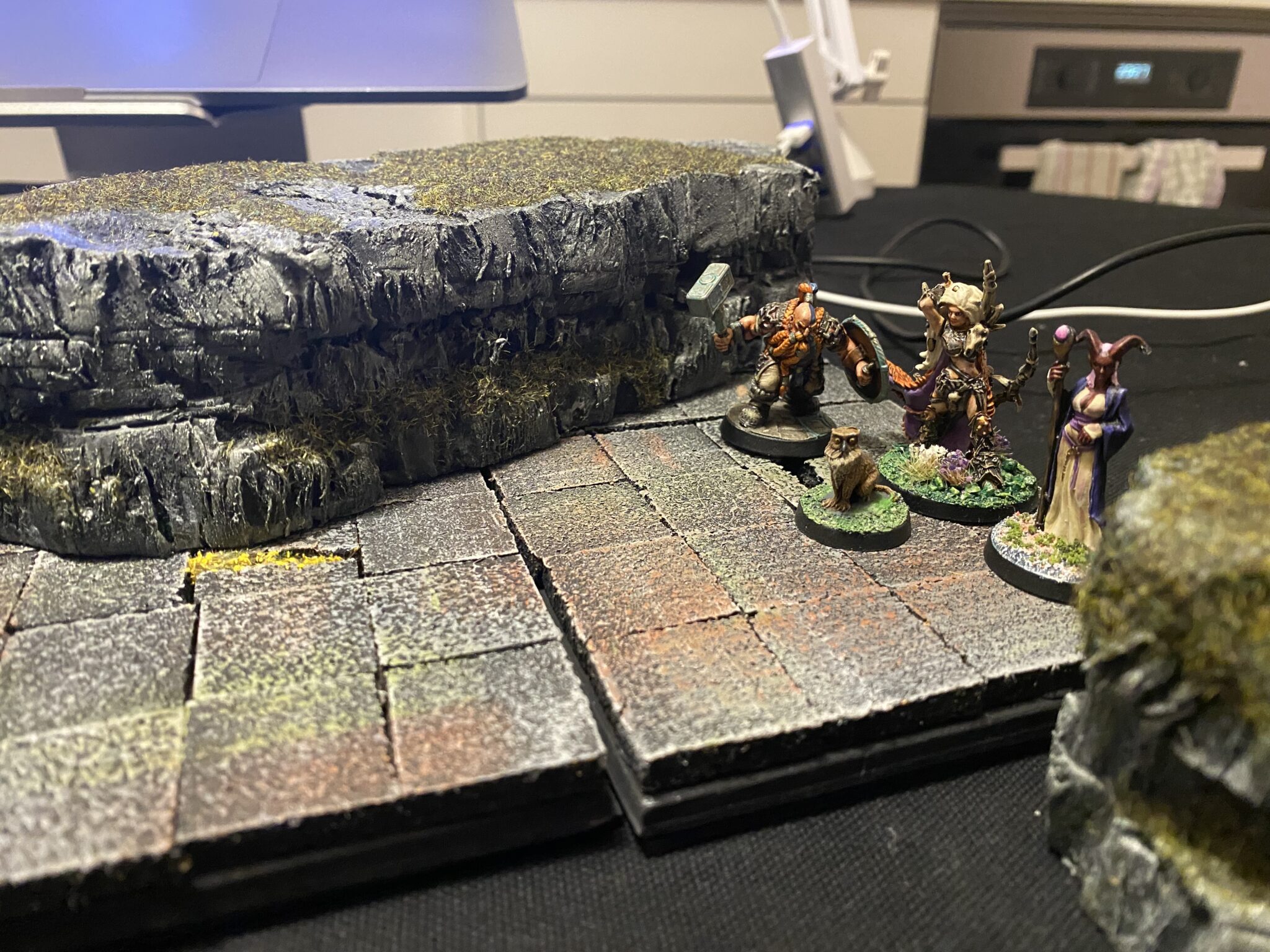 Kaari, the Ranger cast Pass Without Trace not to take any chances as she heard some wings in the distance. Then the party linked themselves together with a rope and starting to move silently forward.

As she cast the spell, the party heard a frustrated growl from the road they had come from. 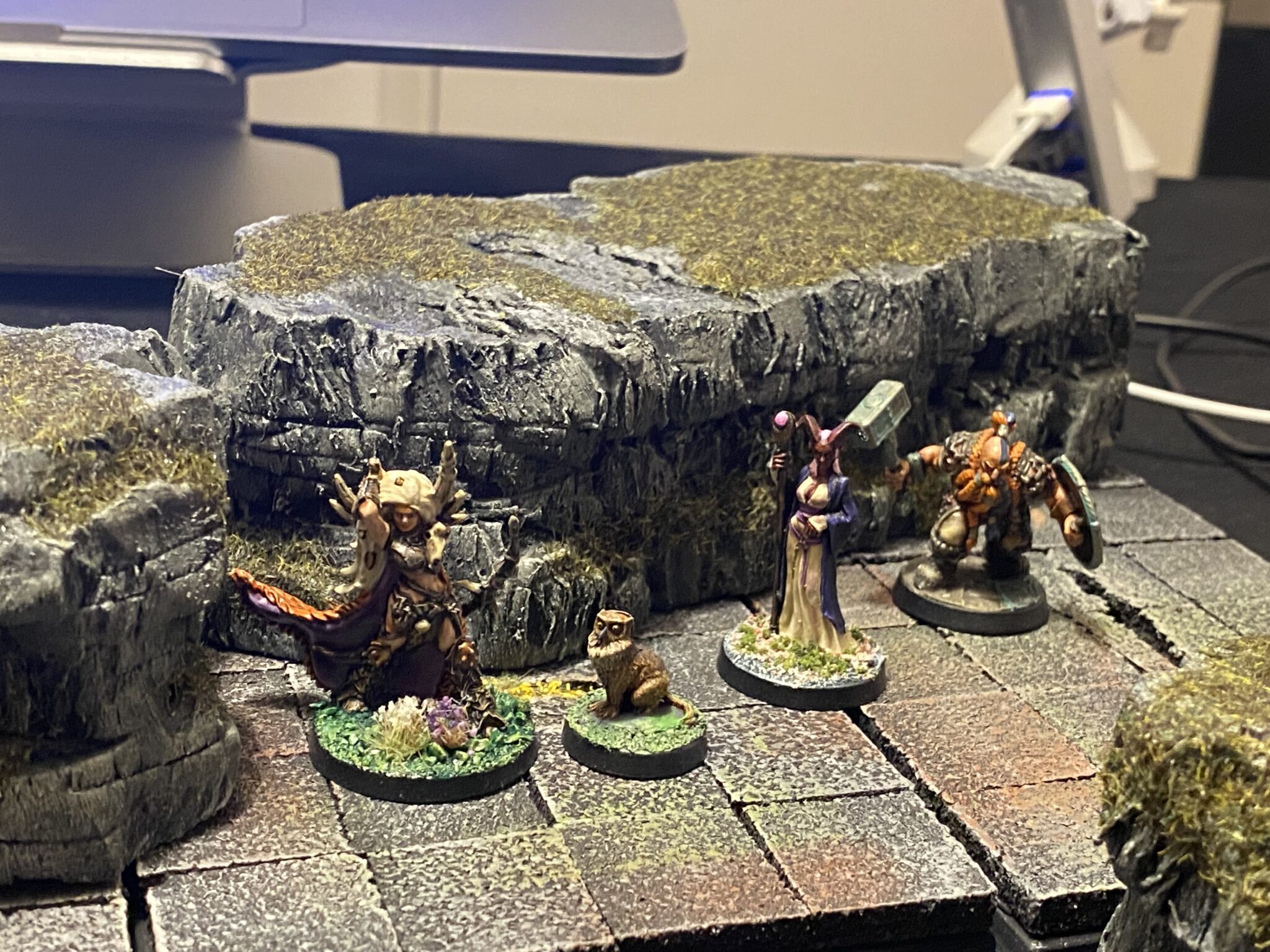 The cautionary steps proved to be wise as a Young Green Dragon came swooping down clearly searching for somebody as it didn’t attack the juicy mountain goats climbing the side of the mountain. 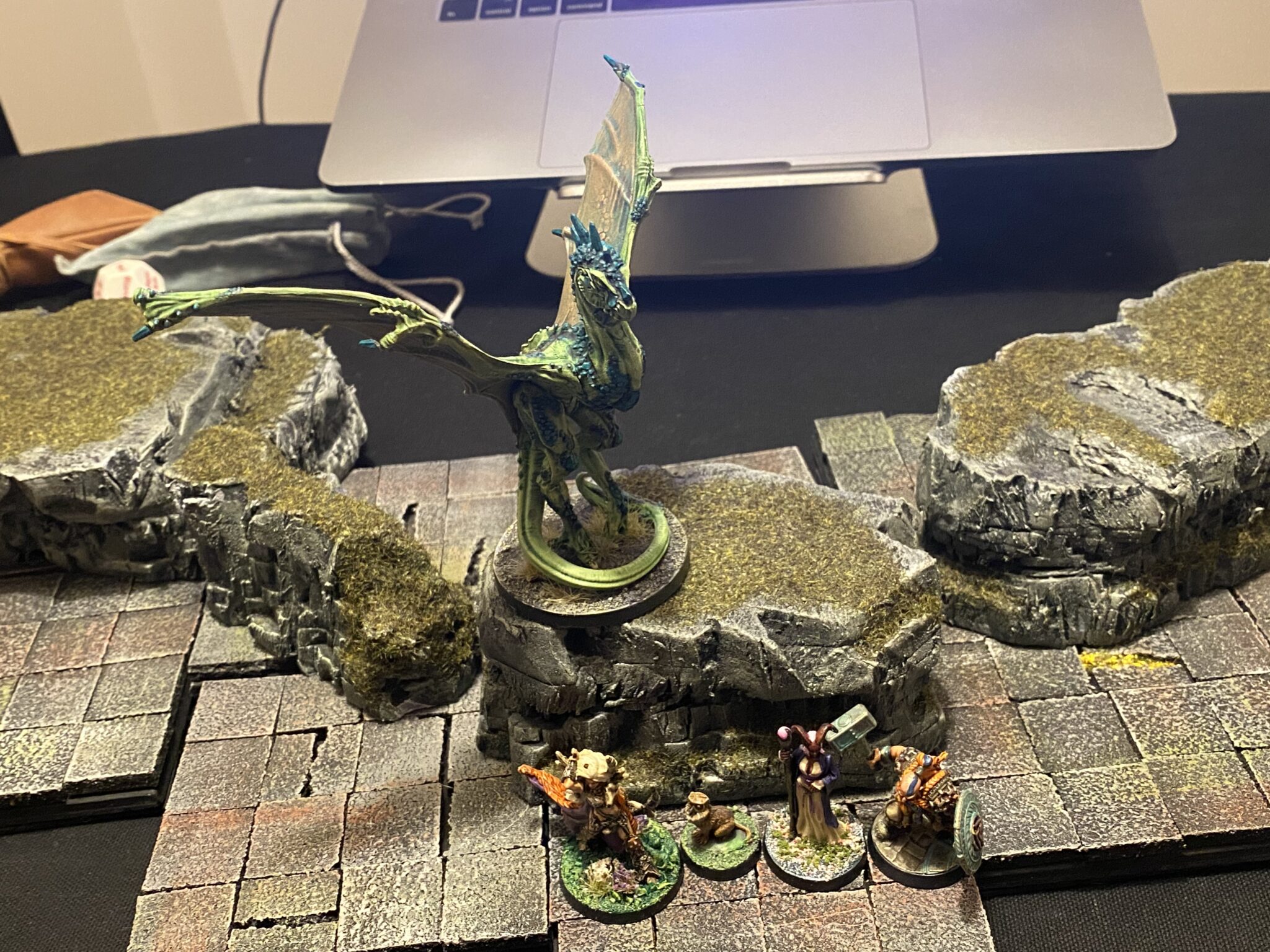 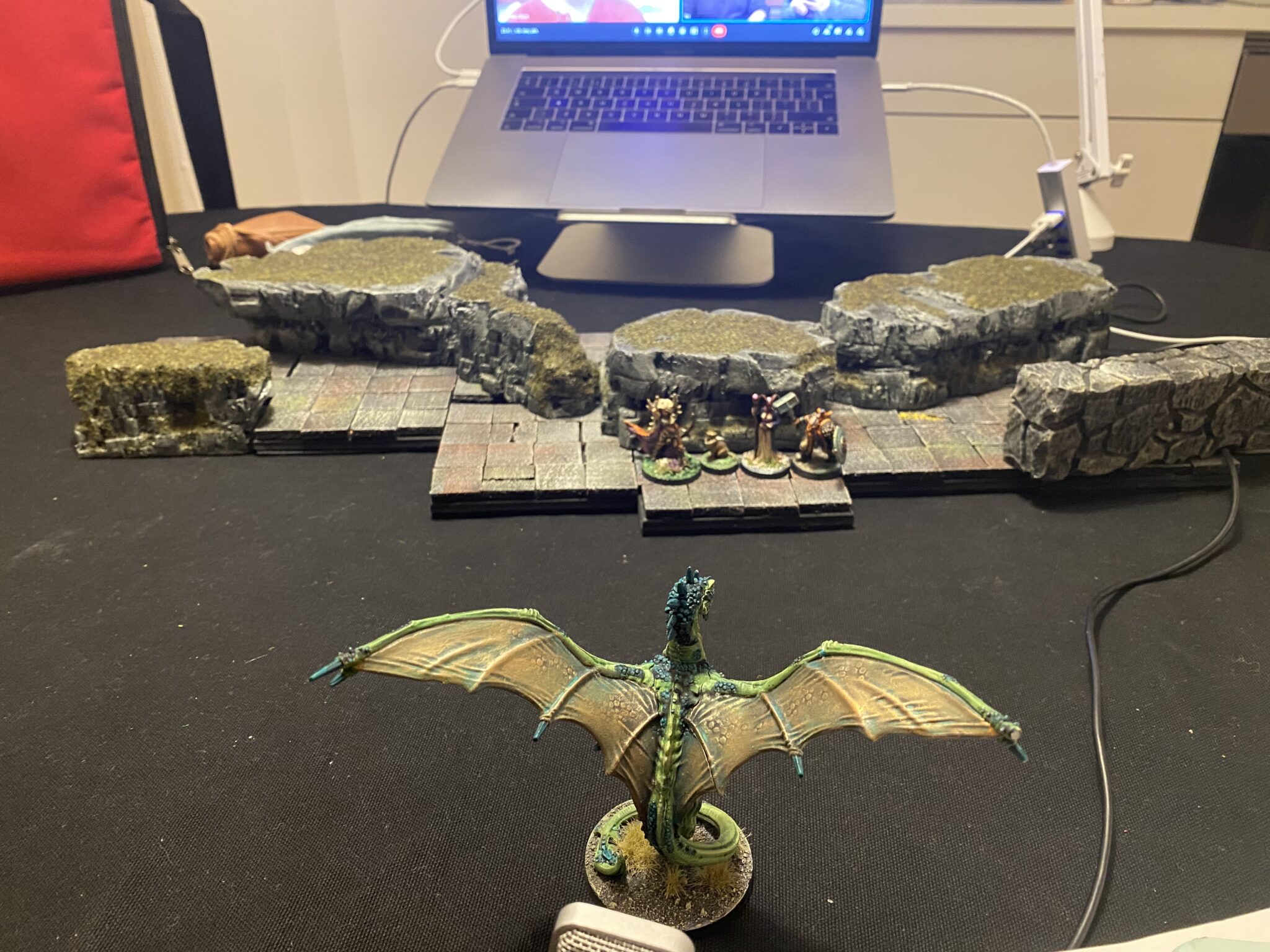 The party under the cover of the spell made it to the other side of the narrow path only to find it blocked by two heavily armoured and armed Trolls. 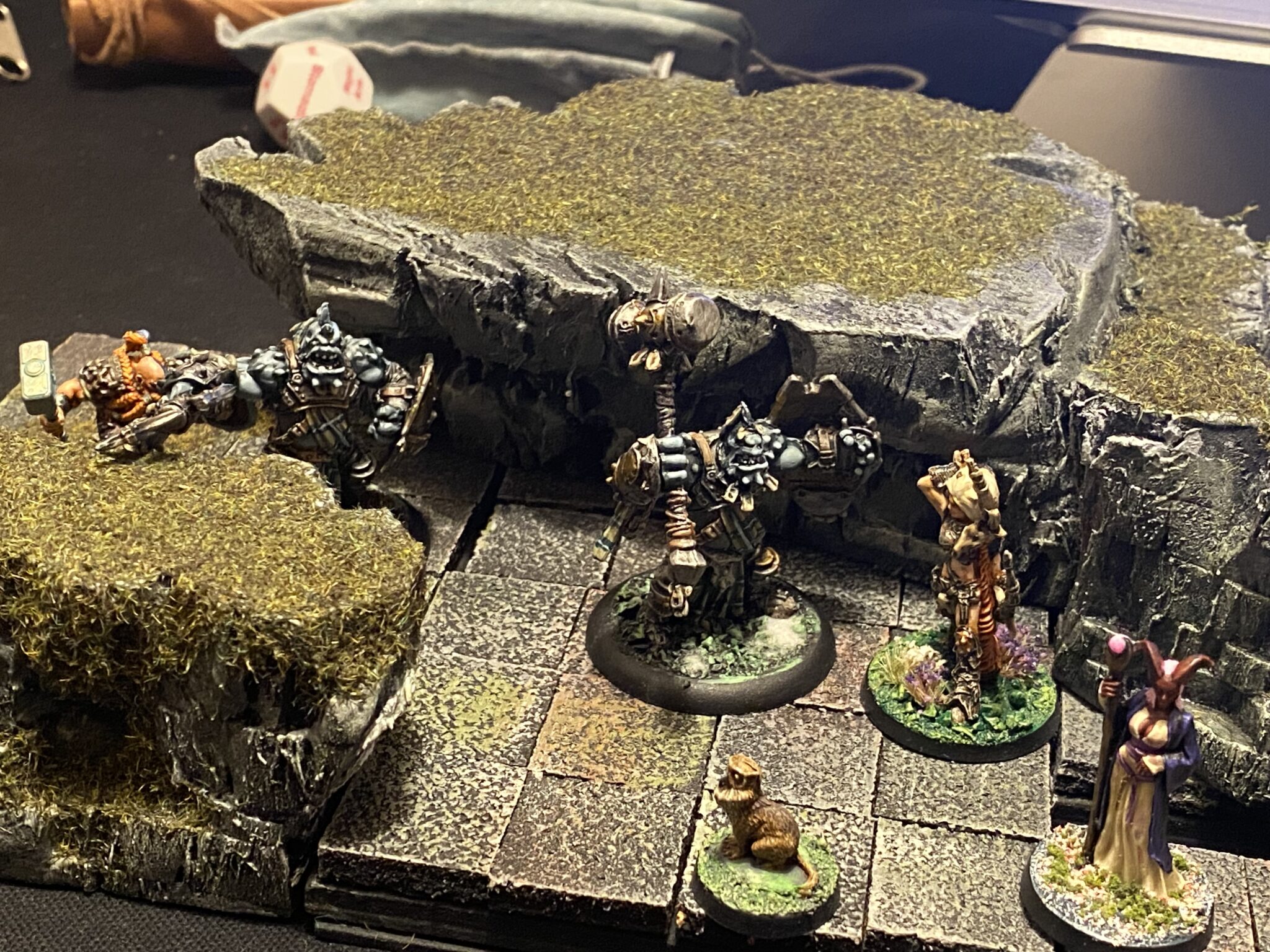 Thorga, the Dwarven Paladin, Misty Stepped in to the tunnel behind the blocking Trolls to attack one of them from behind and the fight was on. 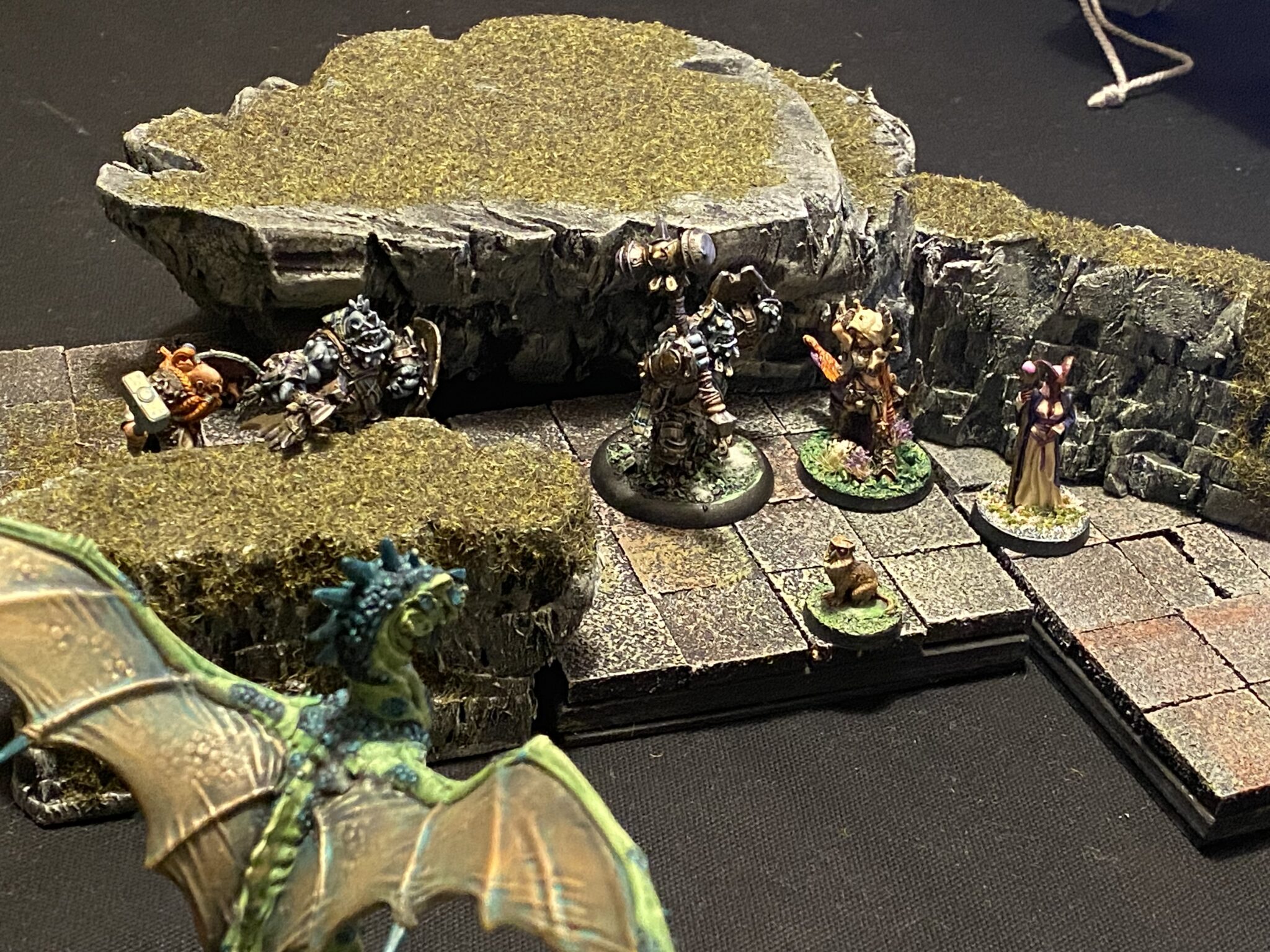 The dragon noticed the fight and flew over to breathe is poisonous breath on Kaari, Seipora, Polly the Owlbear and the one Troll who had stepped out of the tunnel to attack the Ranger.

In the end the Trolls were no match to our experienced heroes and as they were dispatched, Thorga moved the last one aside letting his companions flee into the tunnel safely away from the Dragon who flew away frustrated.

The tunnel to Adamantine Flow

The heroes started walking down the long tunnel safe from the Dragon and decided to take a long rest before proceeding.

DM note: Each character rolled a D6 during their watch, a roll of 1 being a problem. Both Seipora and Thorga rolled a 1!

However, just as they thought they were safe, they were attacked by the most unexpected of foes.

Deep from the way they had come from, a creature silently materialised as it dropped its Invisibility spell to make its move. 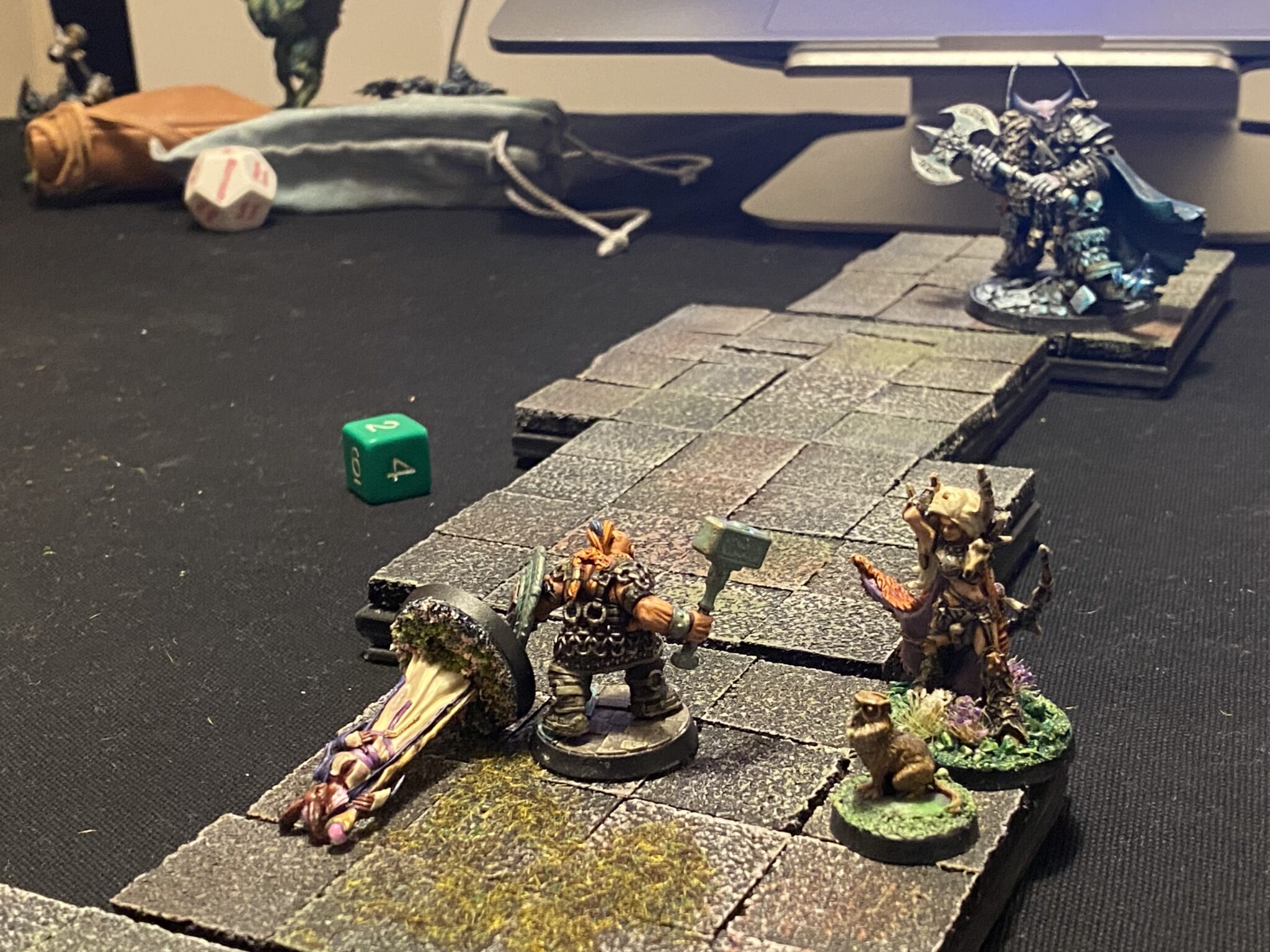 DM note: Rolled a D6 to determine target 1-3 = Seipora, the Sorcerer and 4-6 Thorga the Paladin. I rolled a 2 making Seipora the target.

Hammelthal, a Bounty Hunter from Hell, AND the very same Devil the party had stolen 11 Soul Coins from, had come to claim his revenge from the theft.

He fired his magical Brass Crossbow and knocked Seipora unconscious with Paralysis Bolt.

DM notes, on top of that, the Hammelthal rolled highest on initiative score immediately followed by Seipora.

The Devilish Bounty Hunter then ran forward with lightning speed shouting for revenge, stabbing the unconscious Seipora causing her to take two Fails on her Death Saves.

Down to her last breath, Seipora rolled for her Death Save and rolled another Fail!

Hammelthal bend down picking up Seipora’s lifeless corpse and said “This is payment enough” and teleported away from the battle taking both Seipora’s soul and body with him back to Phlegethos! 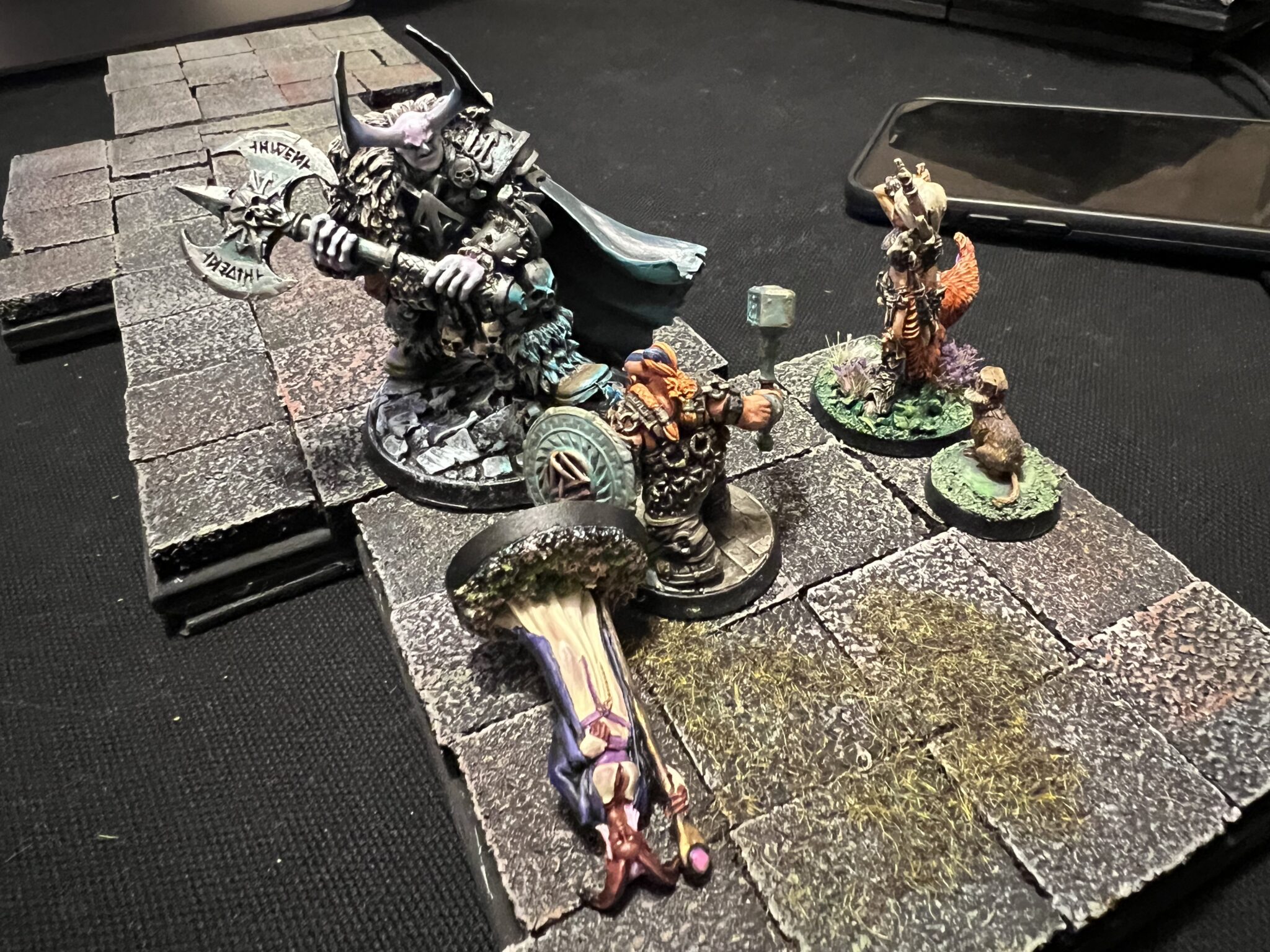 And so passed Seipora into history

DM notes. Well, what can I say? That was a surprise. This wasn’t what I expected from today’s game.

Not only was this our first character death since we started with this team back in August 2021, it was also the player’s first ever roleplaying character! I am confident she will come up with another fantastic character. 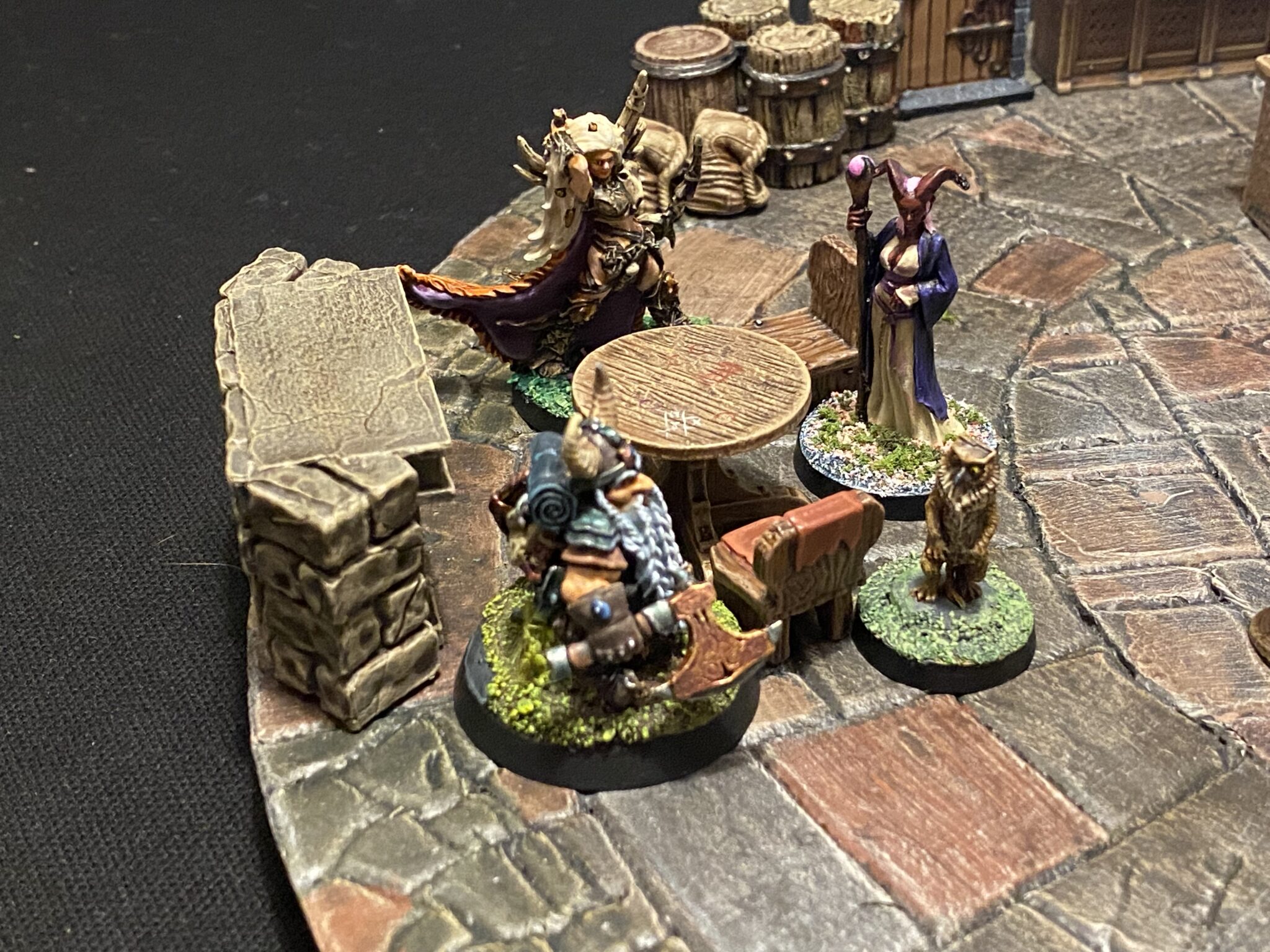 Where it all started. Kaari, Seipora and Thorga celebrating a good day of Goblin hunting by the fire in local tavern “The Mighty Duck”