As the heroes continued their journey to Twobridges, they came across a small group of merchants, who were held up due to a threat up ahead by the bridge.

Their guess was it was a Siren due to the high shrieks from the area, but as the heroes went to investigate, all they found was a little girl tied to the centre of the bridge crying out for help in high-pitched shrieks.

As soon as Torgga, the Dwarven Paladin released the girl, a Troll jumped up from under the bridge and attacked her.

However, as Torgga has a specific hate against Trolls, she instantly drew her hammer and with a mighty Divine Smite (nat 20) punched the troll in its face with bit of teeth and face flying everywhere.

The rest of the party followed suit and within seconds, the Troll surprised by the relenteless blows, fled the scene running towards Twobridges.

The girl now safe, but still shaken, cried and cried and told the party the Troll had taken her brother!

With no time to waste, the party pursued the Troll. 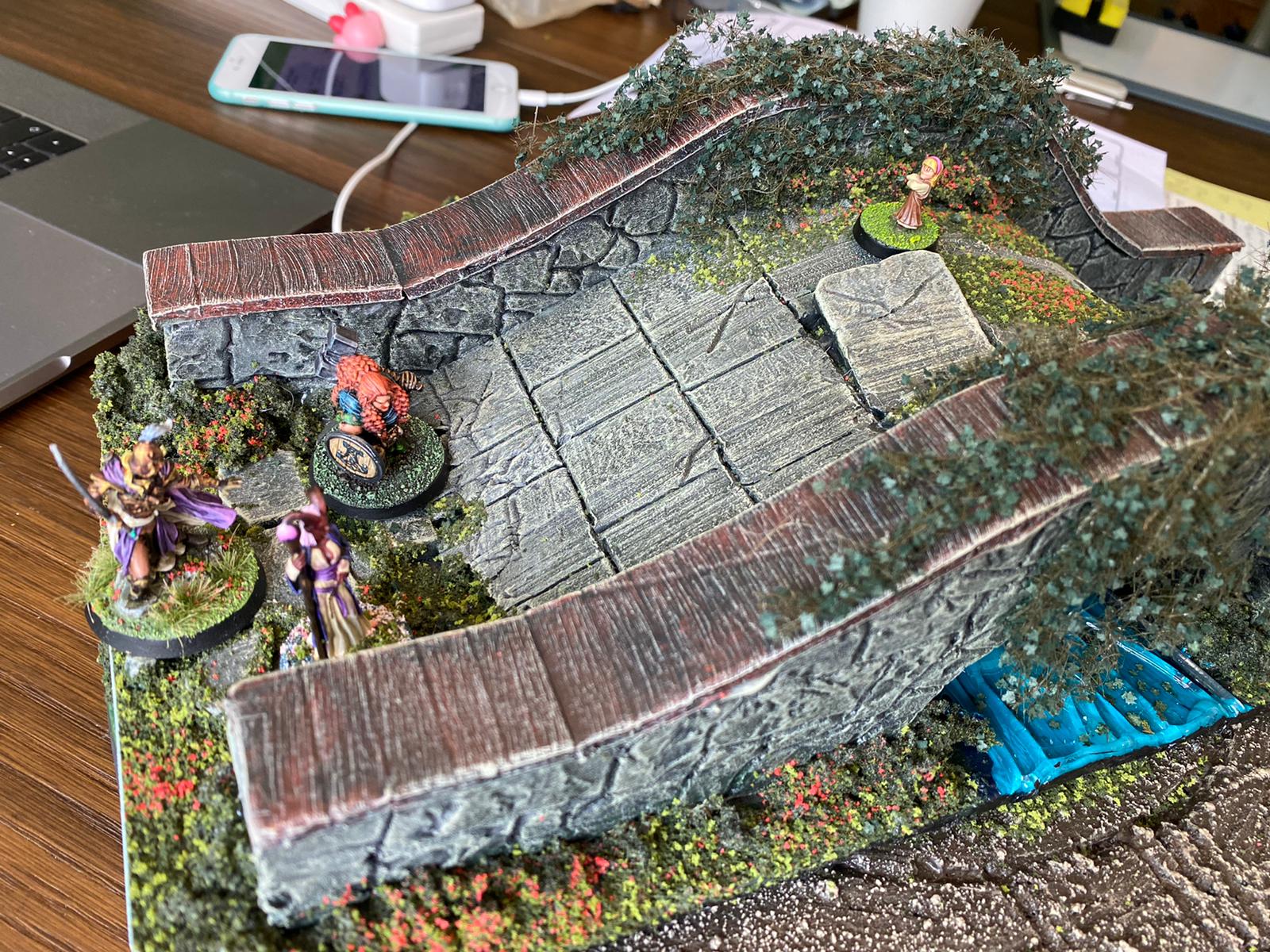 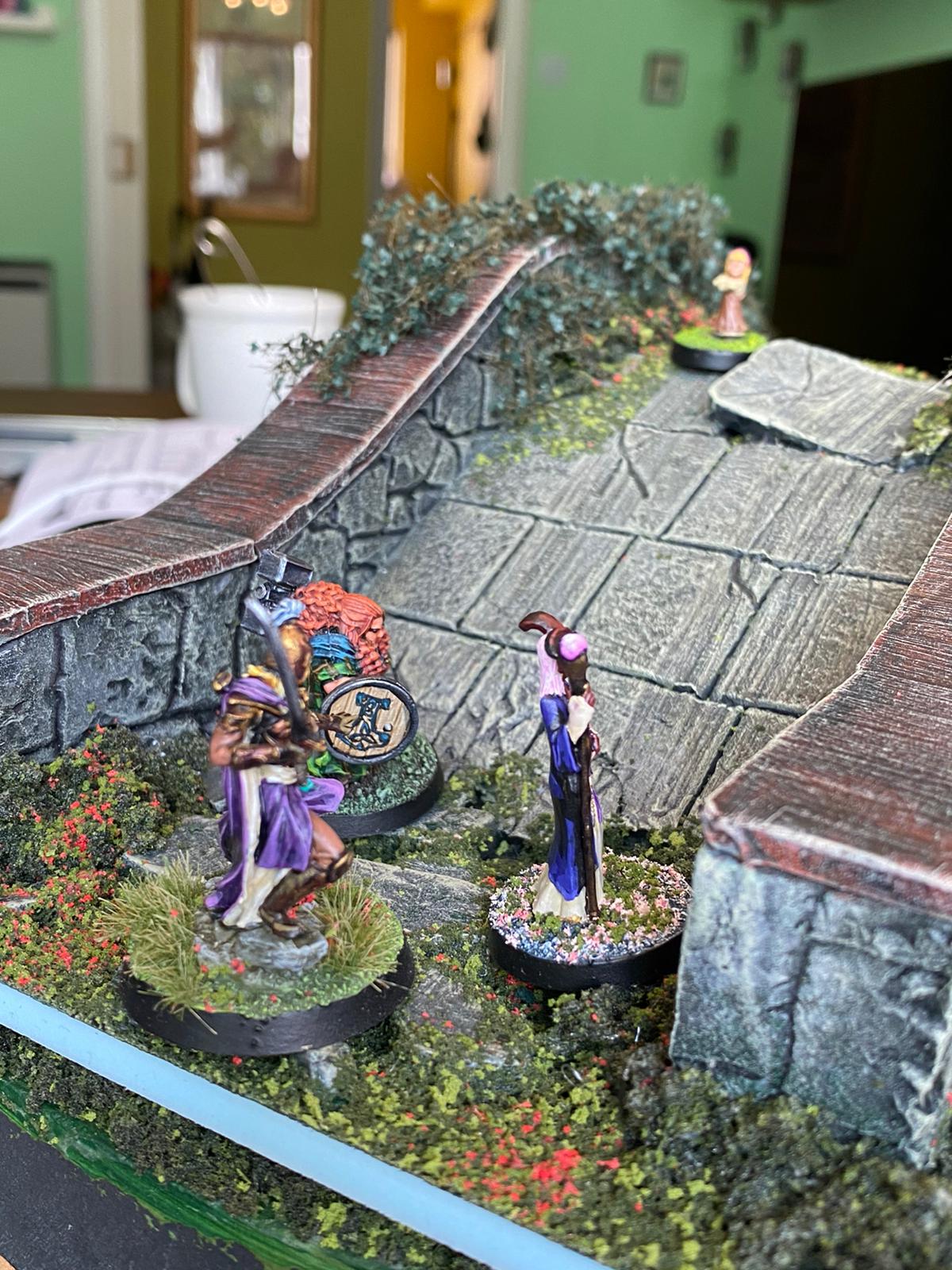 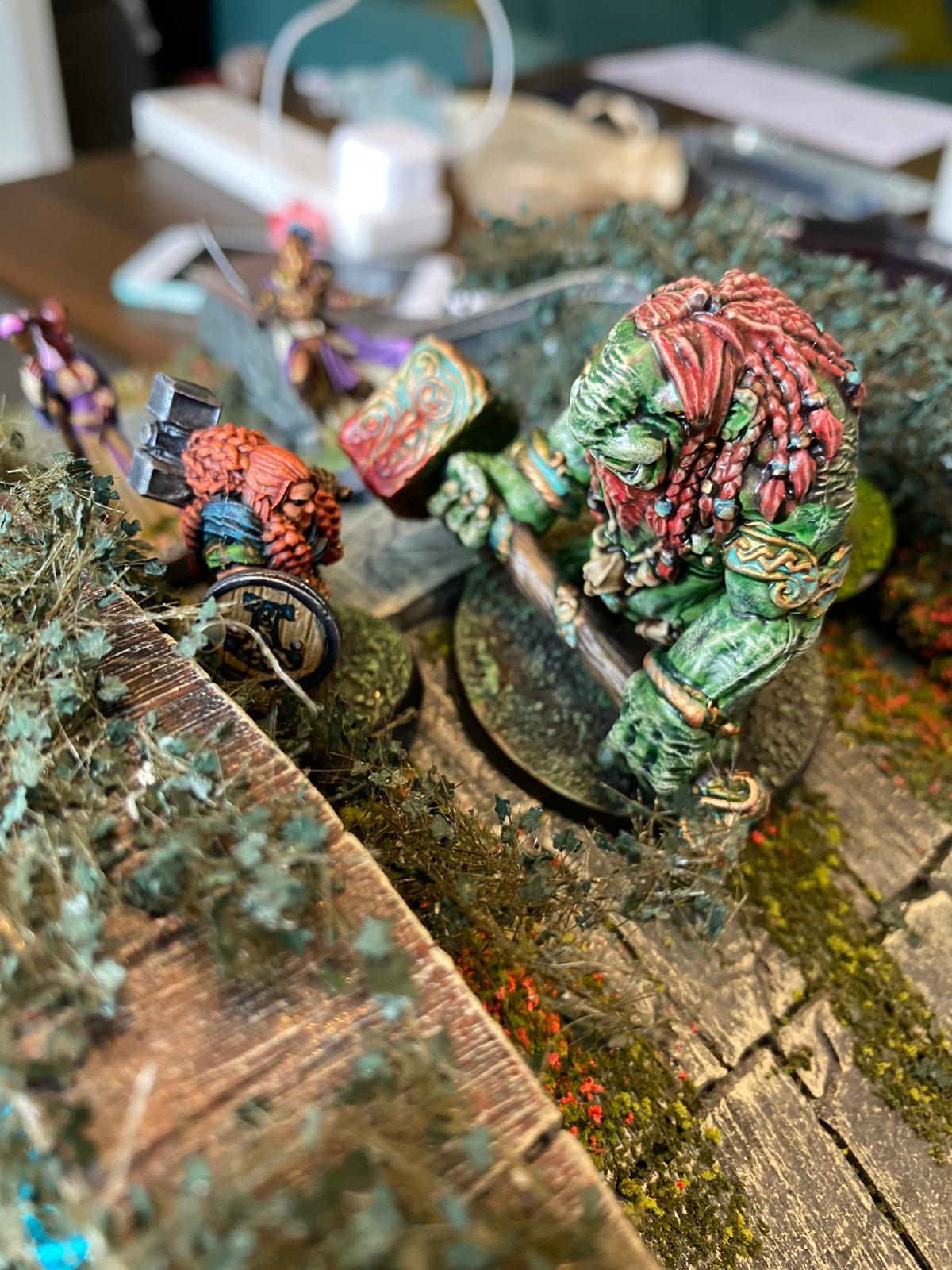 The tracks and blood trail led the heroes straight to the Town Gate where the guards welcomed them to Twobridges.

However, the guards had not seen any Trolls and even told the heroes that Trolls would never cone to the gates as it was protected by Bolt Throwers.

But Torgga put the guards on the spot by pointing out the very visible foot prints and blood trail was leading right to, and through, the gate.

The guards said this was from an Ogre not a Troll and to add to the confusion, they could also in very certain terms say that the Ogre had not carried any child with him.

Confused and a bit frustrated, the heroes followed the train to a seedy area of Twobridges, to a dodgy looking tavern” “The Ogre’s Armpit”, where they indeed found a bleeing Ogre sitting on the first floor.

Exhausted from the fight and the running, the Ogre didn’t try to run or pretend not to know the heroes. He did seem puzzled about the accusations of him having stolen the girl’s brother and in the end he said: “I was just doing my job. I just did as the Hags said”.

Shortly after two rays cam beaming through the window, hitting the Ogre in the back of his head and spraying the whole in with bits of Ogre skull and brains.

All the heroes saw through the window was a huge eye looking inside for a split second before it disappeared to the faint high-pitched shouts “hag, hag, hag”. 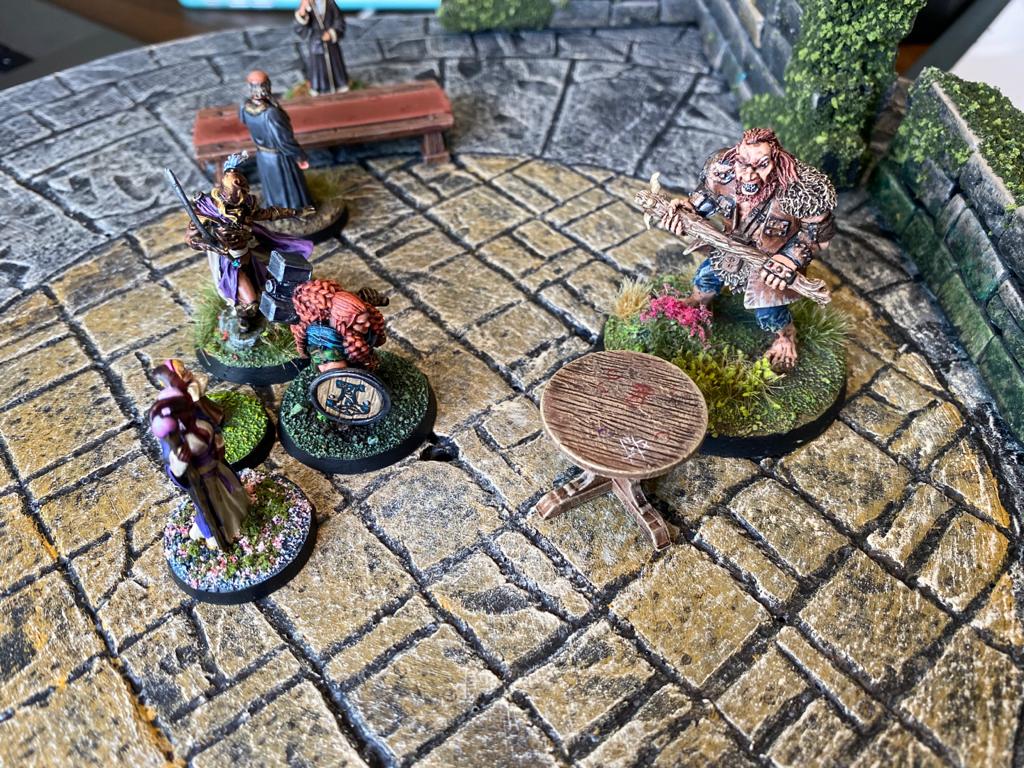 The heroes jumped out of the window only to see a small Beholder, a Spectator, fleeing the scene by hovering over the roof tops.

While the party stumbled out of the window to take pursuit, the Spectator had the jump on them and was joined by two little annoying Gazers, but shouting “hag, hag, hag” in their tiny annoying voices.

The heroes made quick process of the Spectator with spells, arrows and the final blow with a flying hand axe from the Dwarven Paladin.

But the Gazers didn’t give up that easily and proceeded to first shoot at the heroes, then attack them with their little sharp teeth.

Seipora, the Tiefling Sorcerer, more annoyed that hurt by the little creatures tried to obliterate one with a spell. She succeeded but not before the little nuance nibble at her with a Nat20.

Torgga dealt with the other one, using her hammer as a massive fly swatter.

Even more confused about what was going on, they kicked the corpse of the Spectator of the roof in frustration before heading back to the inn for a night’s rest. 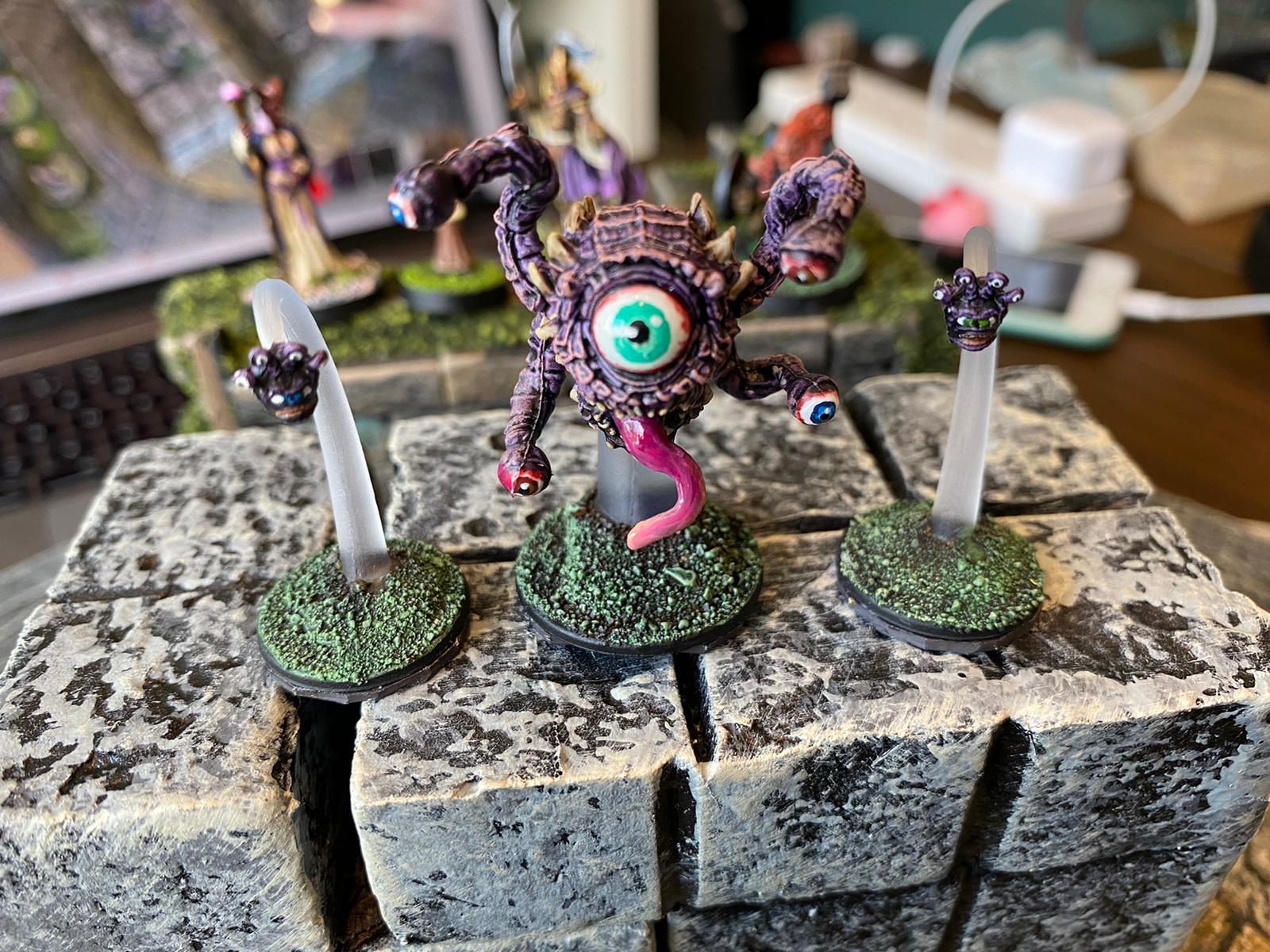 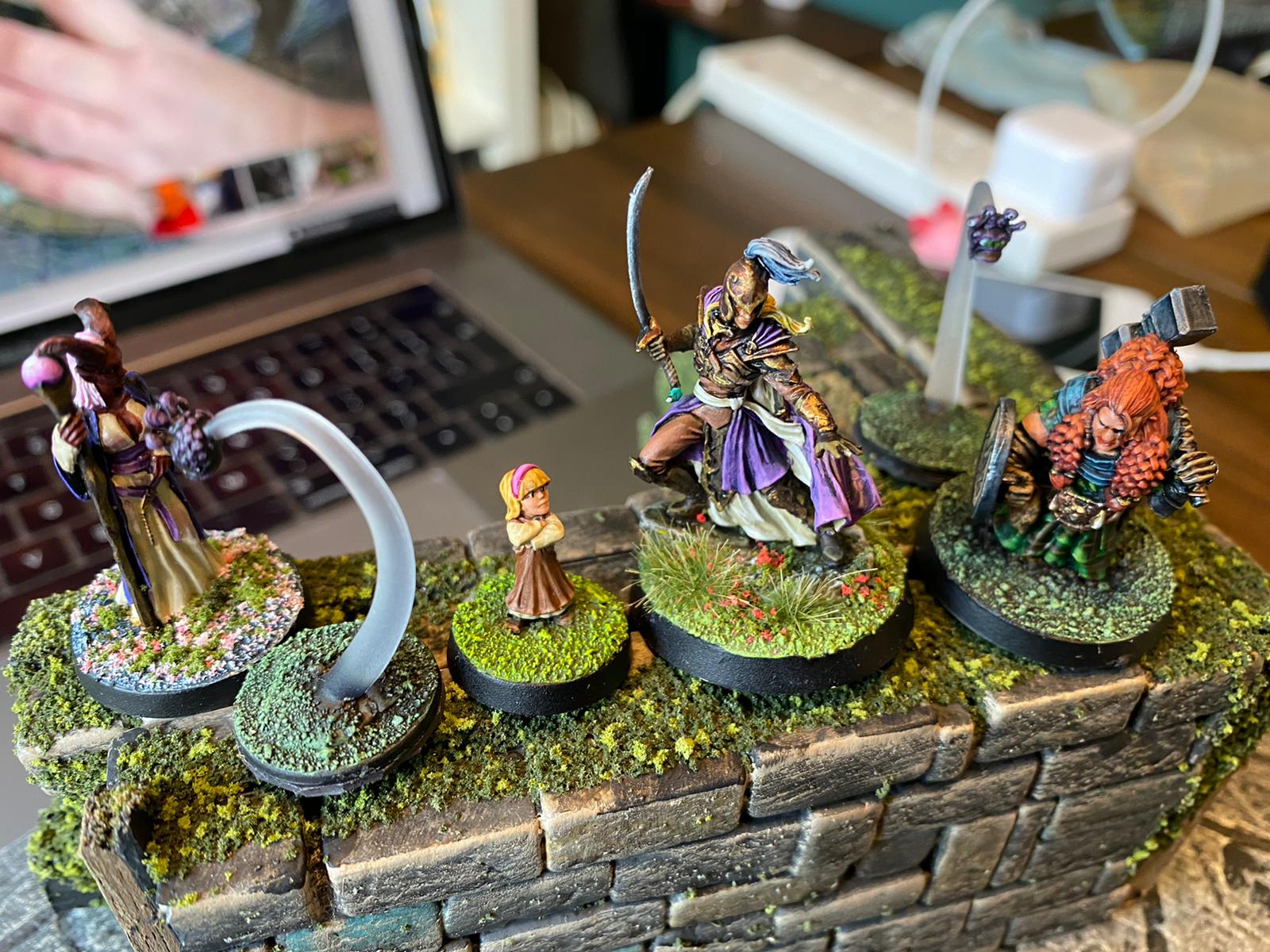 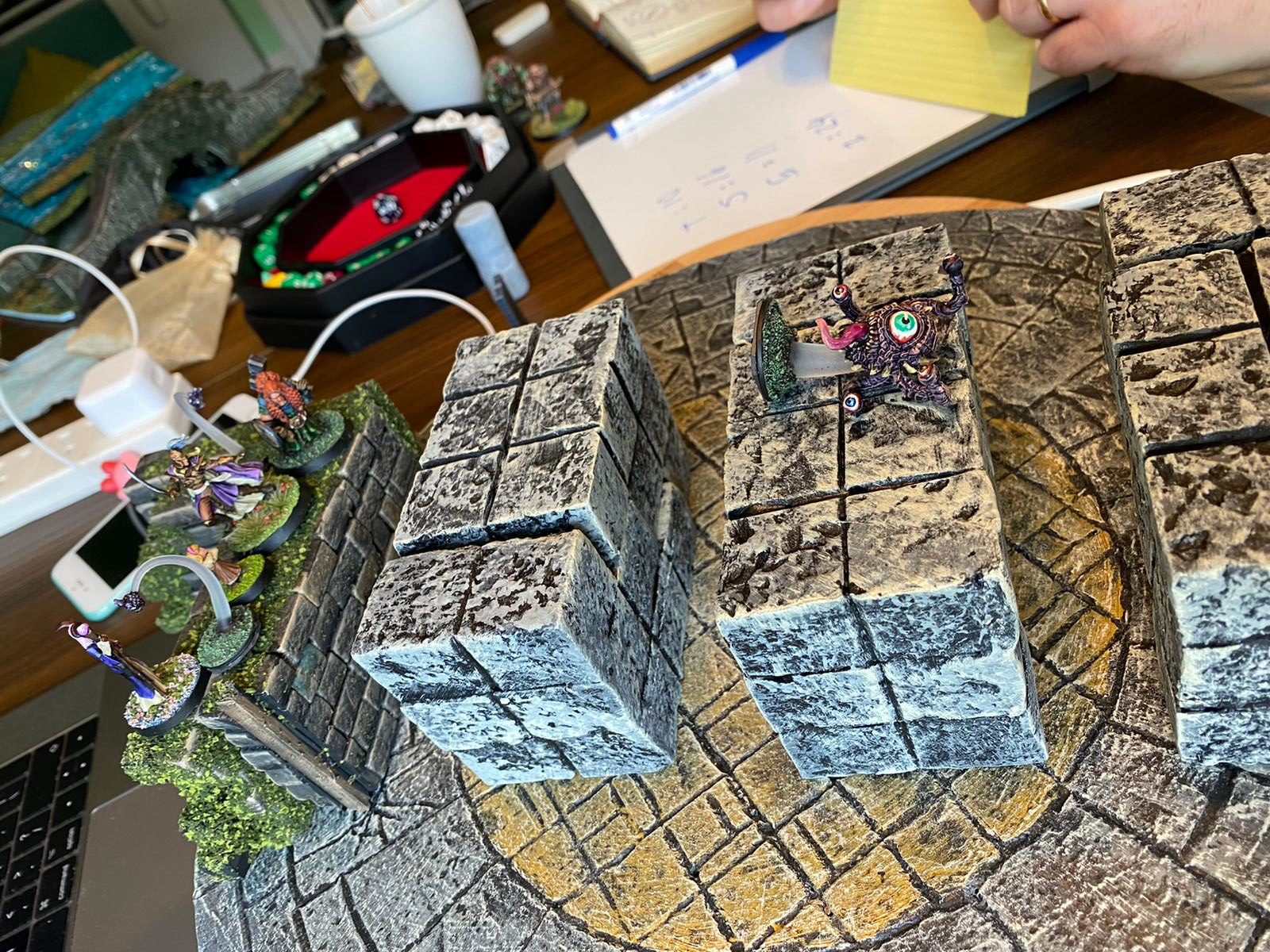 Sheriff’s office and the orphanage

The next day the heroes decided to go about this more methodically. They went to the Sheriff’s office to find out if children had been disappearing.

This didn’t seem to be the case, but the Sheriff suggested visiting the Orphanage.

But the old lady looking after the orphans didn’t have any further info, but she took the girl in so the heroes could investigate more freely.

The heroes went back to the Sheriff to talk to him about the Beholders as this was truly unusual creatures to be found in the streets of Twobridges.

While they discussed the incident, the old woman from the Orphanage came rushing in. Apparently the girl had tried to burn down a playhouse and the woman begged the heroes to come back and explain to the little girl that the orphanage was now her new home.

The heroes followed the old lady back but as they neared the orphanage, black smoke rose in front of them.

They quickly arrived only to find the little girl standing in front of the burning orphanage with the rest of the children running around screaming.

This was too much for the old lady and she pointed at the girl and shouted “She is a Devil Child!! She is dangerous”.

He shouts drew a crowd that quickly picked up the angry mood as well as pitch forks and other makeshift weapons.

Aerendyl and Torgga quickly stood between the angry mob and the little girl, while Seipora rushed into the orphanage to find any left children. While she wasn’t immune to fire, her tiefling lineage would grant her some protection to give her enough room to search the building effectively.

Meanwhile outside the angry mob grew angrier, more aggressive and more bold and it came to a few blows, but the heroes being much more experienced fighters, stood their grounds without retaliating.

Seipora emerged from the burning orphanage to tell the good news that no children had been hurt. Instead the angry mob only saw her devilish red skin and horns and took her for a devil. Defensively, she cast a protective Blade Ward on herself, but the mob mistook if for a hostile spell and withdrew scared of her magic.

This gave the heroes enough time to flee the scene back to the Sheriff’s office. 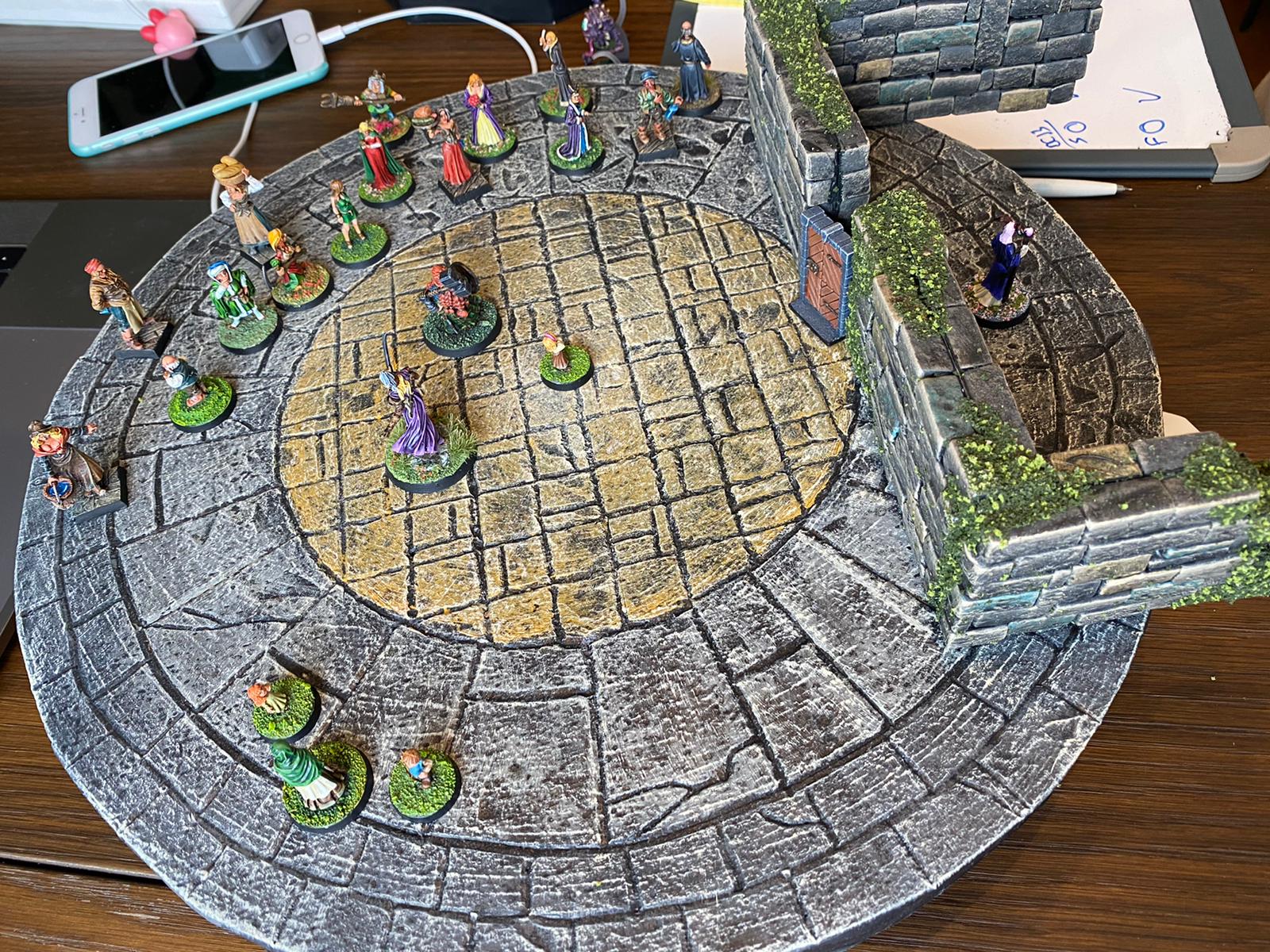 Sheriff and his wife

The Sheriff listened to the heroes and agreed the girl could not safely return to the orphanage.

Instead, to the surprise of the heroes, he suggested him and his wife adopt the girl as they had not been able to have a child of their own.

With a mix of horror and relief, the heroes left the girl in the Sheriff’s care.