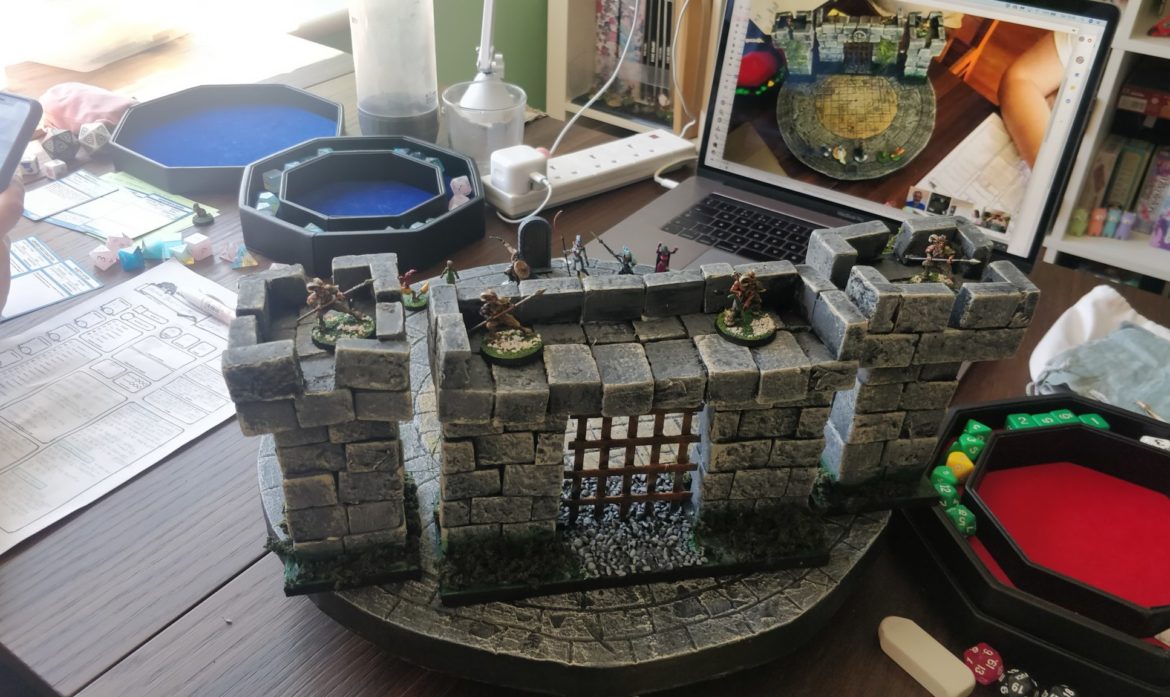 With two of their comrades dead, the Paladin Damon and the Warlock Alyanys was on the look out for new recruits. Fortunately an unknown (kinda) mysterious benefactor (Jean-Jacques in disguise) had found two candidates and invited all four to a team building exercise in a haunted tower (damdamdaaaaam) at the edge of Twilight Forest.

The 4 heroes met at midnight as instructed and was asked to divide into two pair, each with a veteran and a recruit, and scale the tower ruin with the promise of magic items to the winners.

The ground floor of the tower divided into two,: One half for each team to battle through some skeletons. No real challenge for neither, but Team Kitten Killers (Paladin Damon and the Sorcerer BJ) easily made it to first floor first, while Team Epic Dice Rollers (Warlock Alyanys and the Ranger Barien) make short process of the remaining undead.

So far so good. 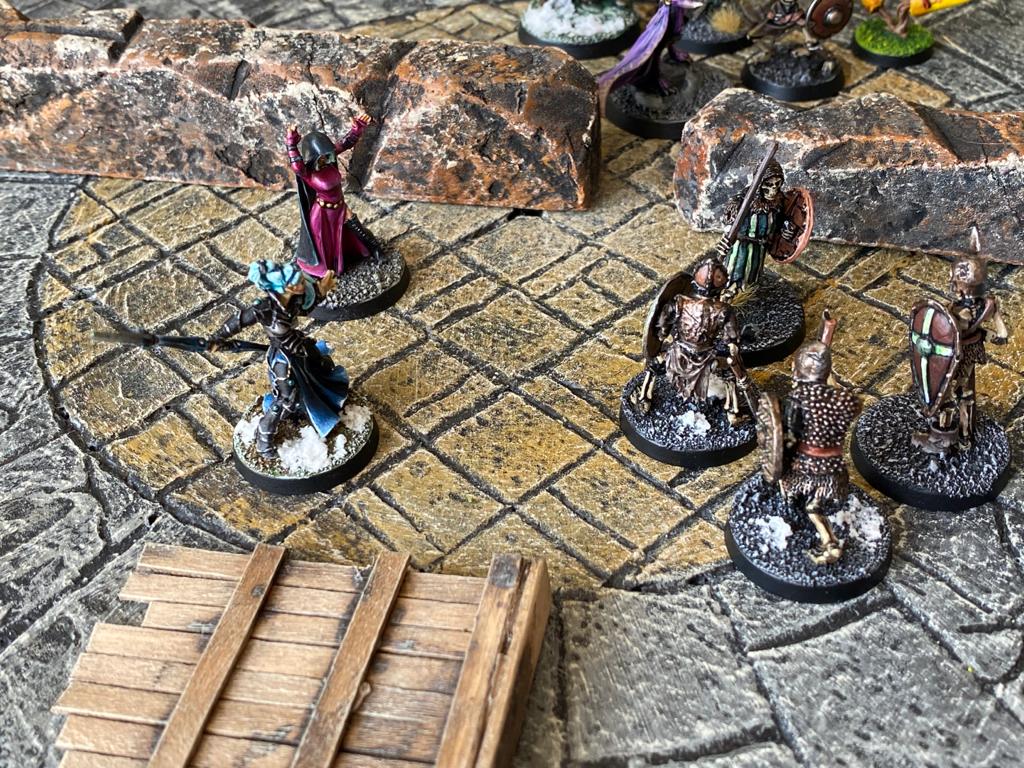 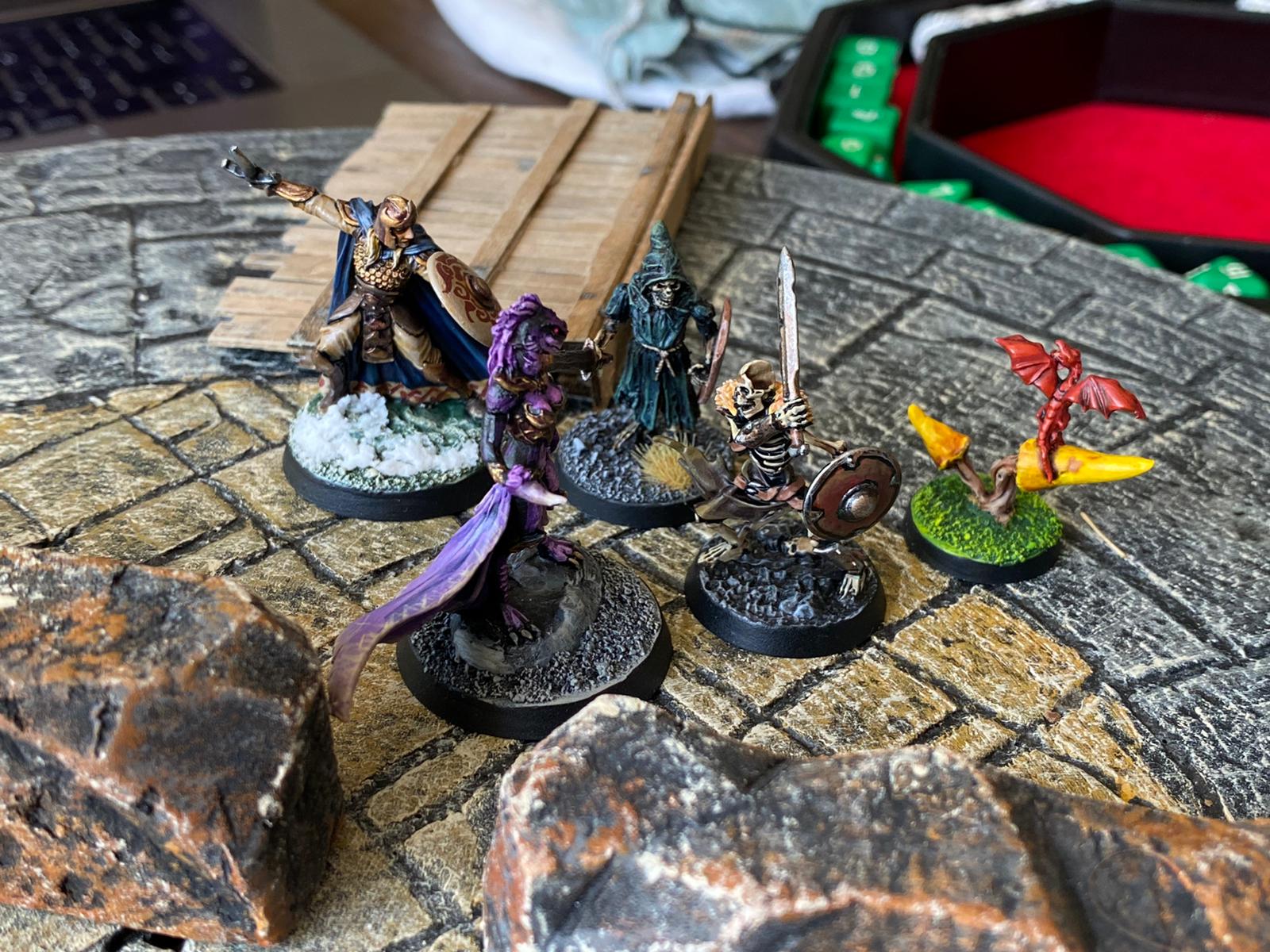 Having reached the first floor first, Team Kitten Killers, got to choose which half to enter. There were two doors: One marked with a moon and one with an eye. They chose the moon and faced a Zombie Werewolf, but they had the advantage of surprise.

In the meantime, Team EDR stumbled into the second room, only to find themselves ambushed by a big rock, thrown by an Undead Cyclops.

This was a significantly harder fight for both teams, but again Team Kitten Killers succeed the first. Apparently they kill more than just kittens.

Team EDR had a tough time battling the Cyclops until a crack shot by the Ranger pierced the Undead’s empty eye socket, but the cyclops reacting on its old insticts, thought it was blinded and rampaged around accordingly making it an easy target for the skilled heroes to bring down. 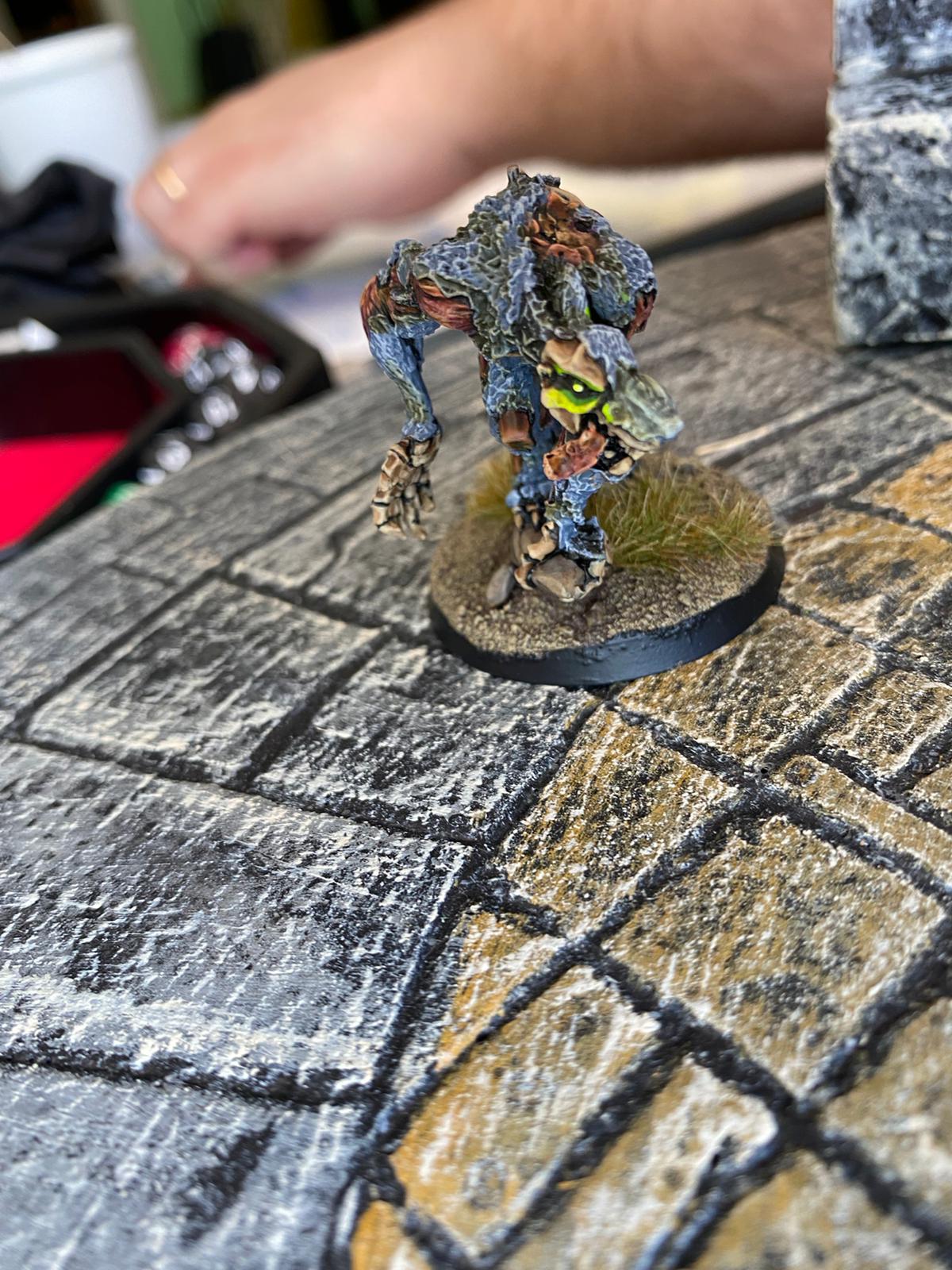 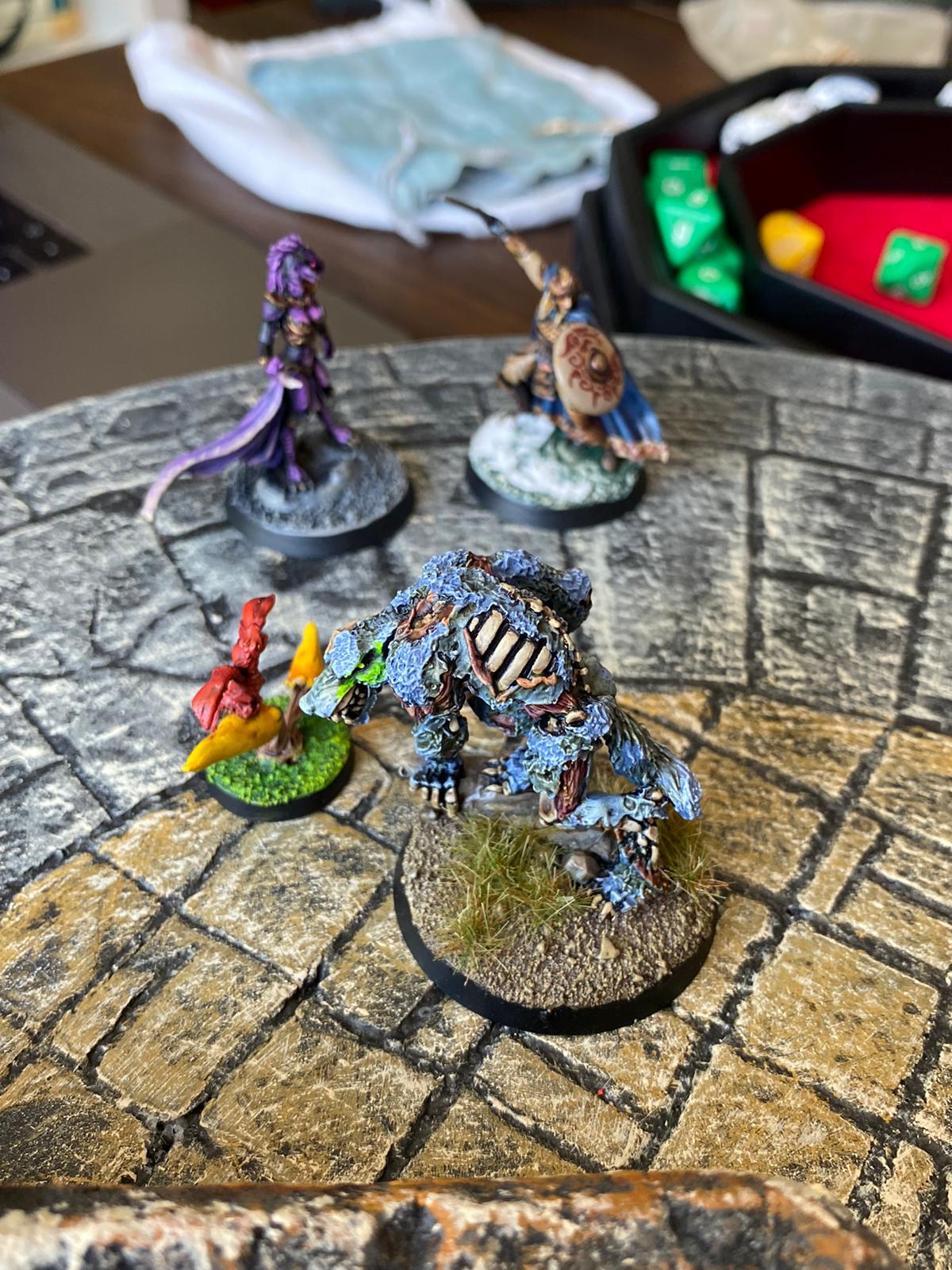 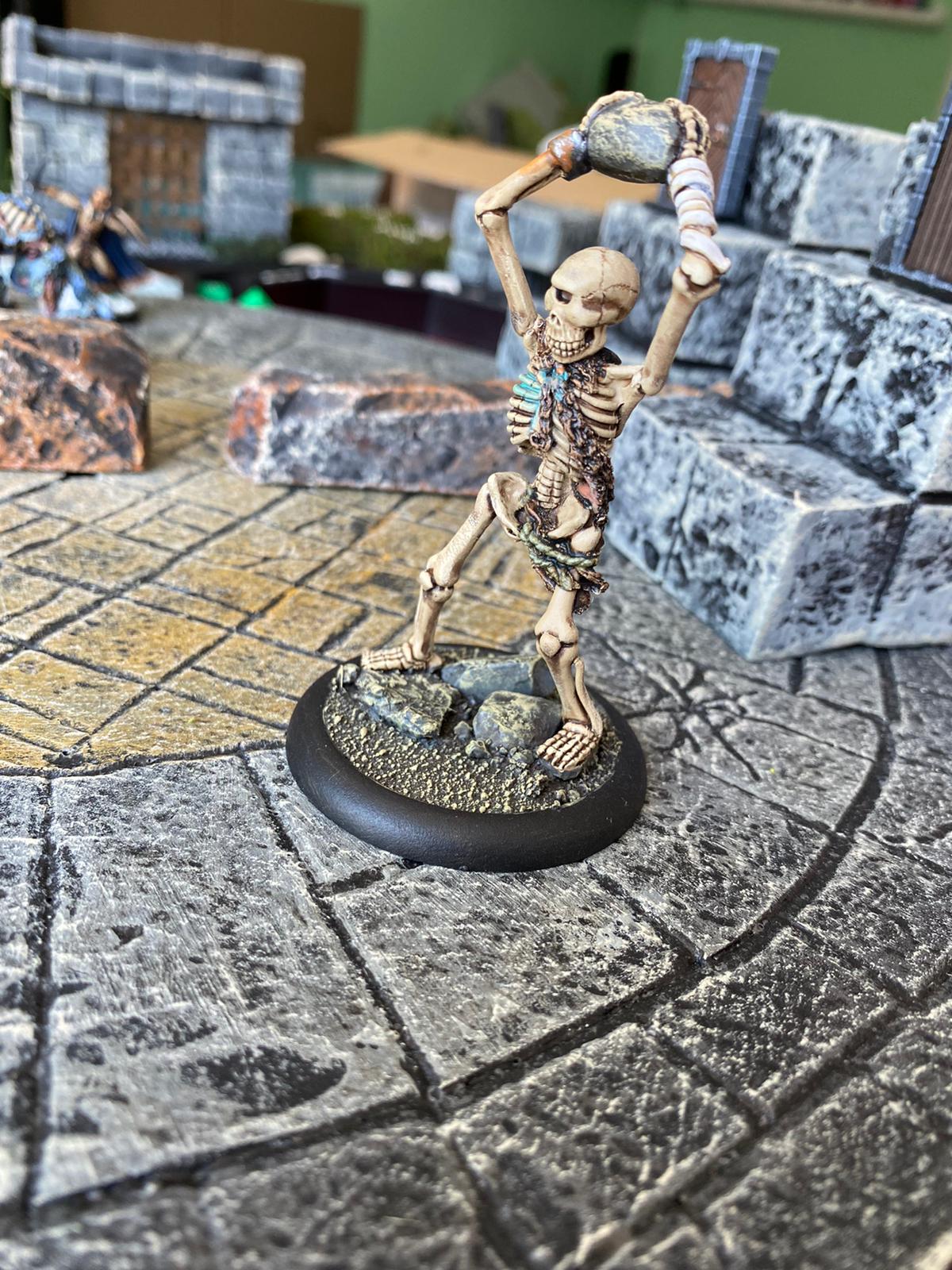 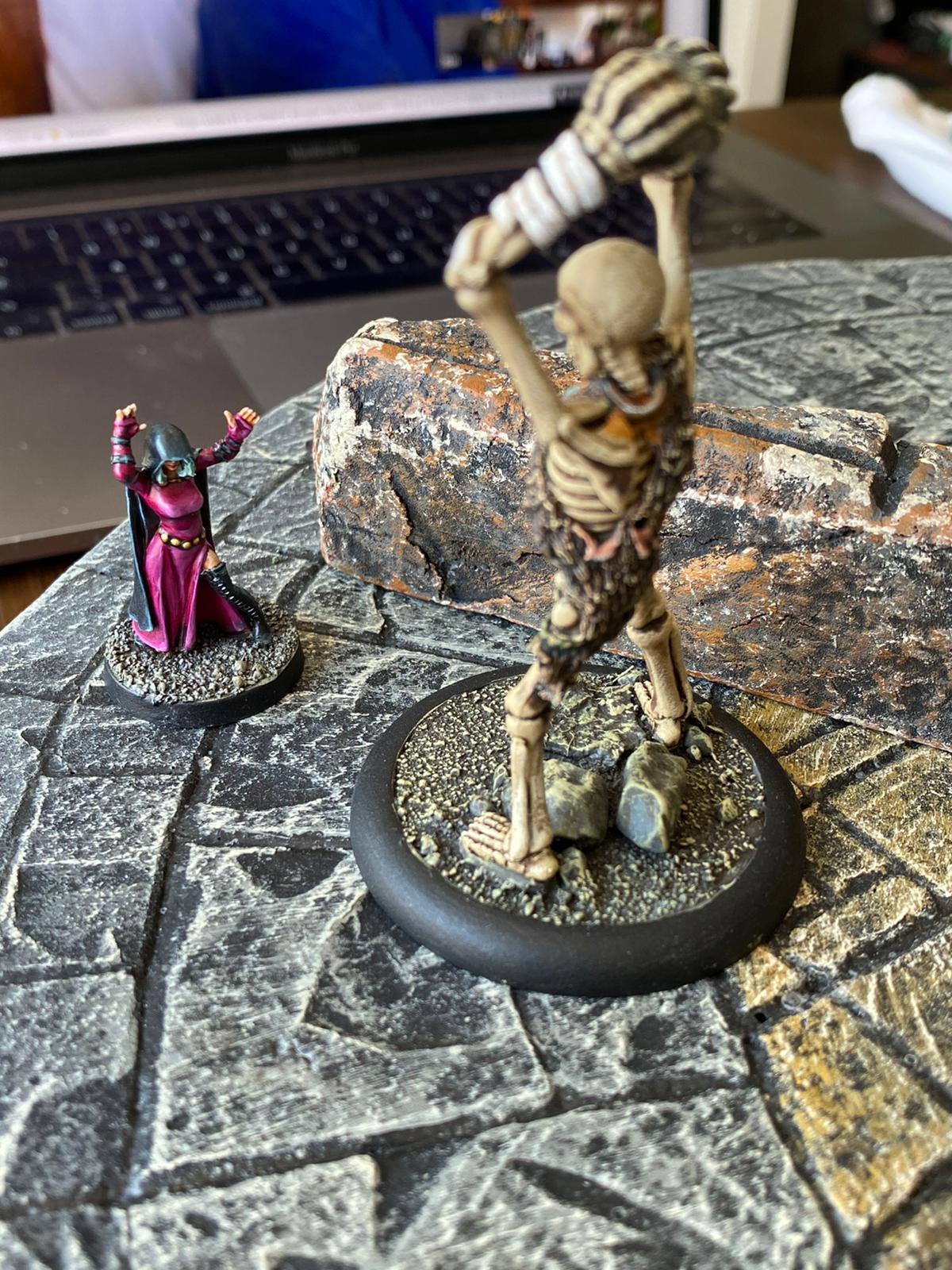 At the top floor the two teams united with the goal to escape together through a portal at the far end of the room.

However, they faced a unit of well equipped, well armed and well armoured undead!

But with some quick thinking, the two magic users joined forces and created two wall of fires effectively creating a corridor to the portal.

The winning was the heroes’ for the taking, but the undead stepped through the fire and approached. 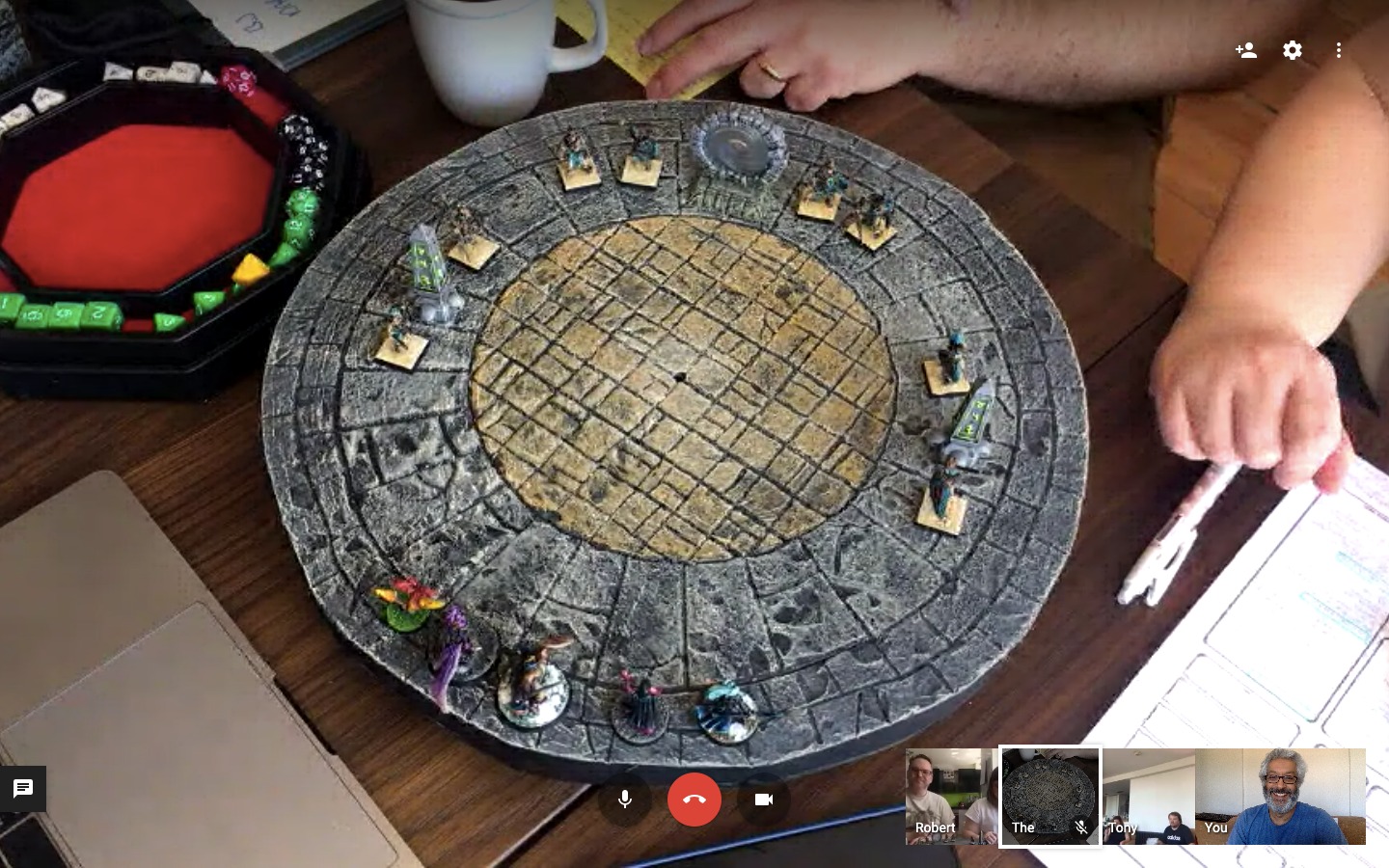 As the undead closed ranks, a ghostly figure of a woman, maybe an elf appeared.

The undead instantly kneeled in reverence and started to withdraw.

The mouth of the ghost looked liked she was speaking, but the heroes couldn’t hear her. Similarly, when Damon spoke, the ghost gestured that she couldn’t hear. 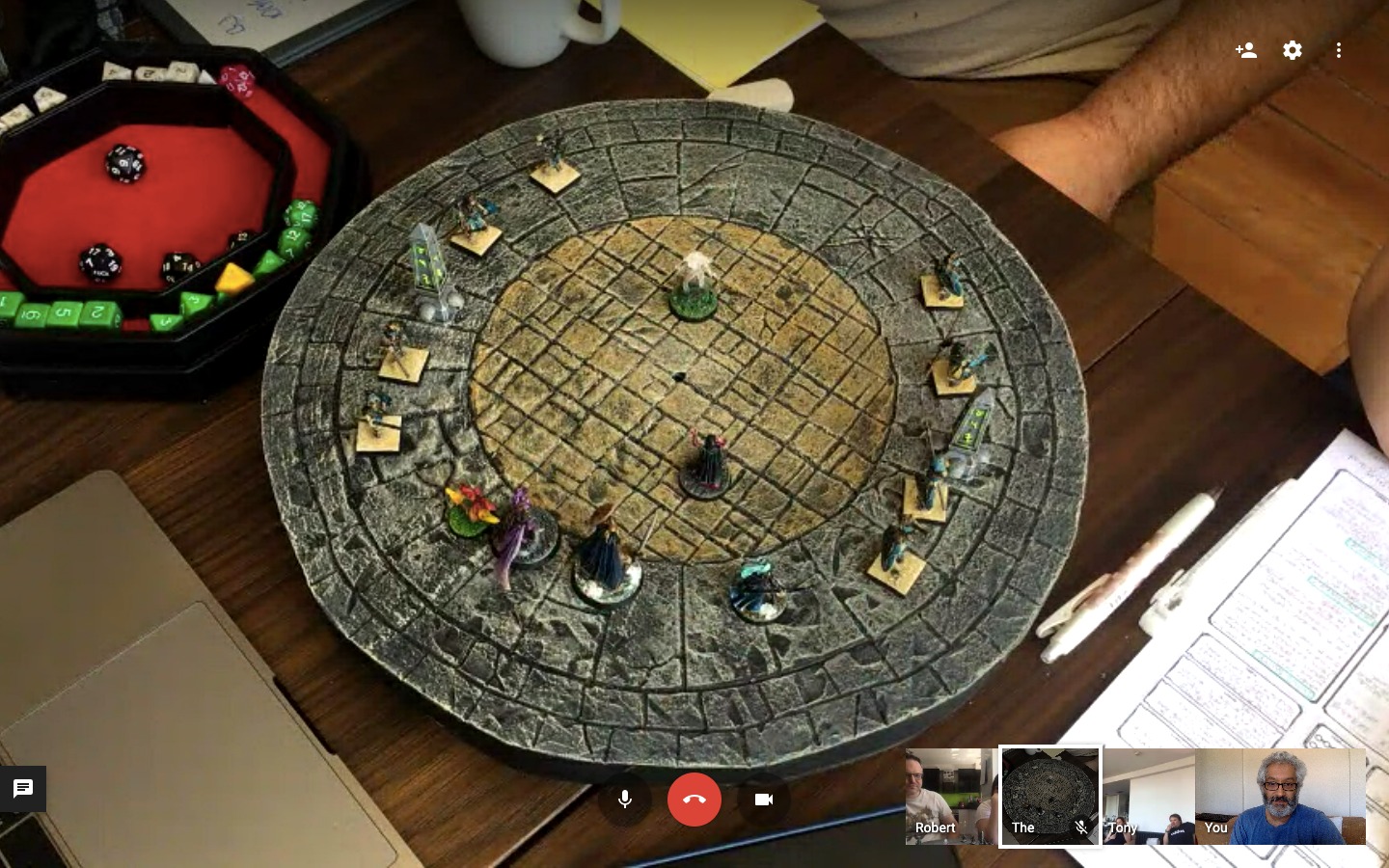 Cautiously, the heroes walked up to the ghost and as they did, something wondrous happened: 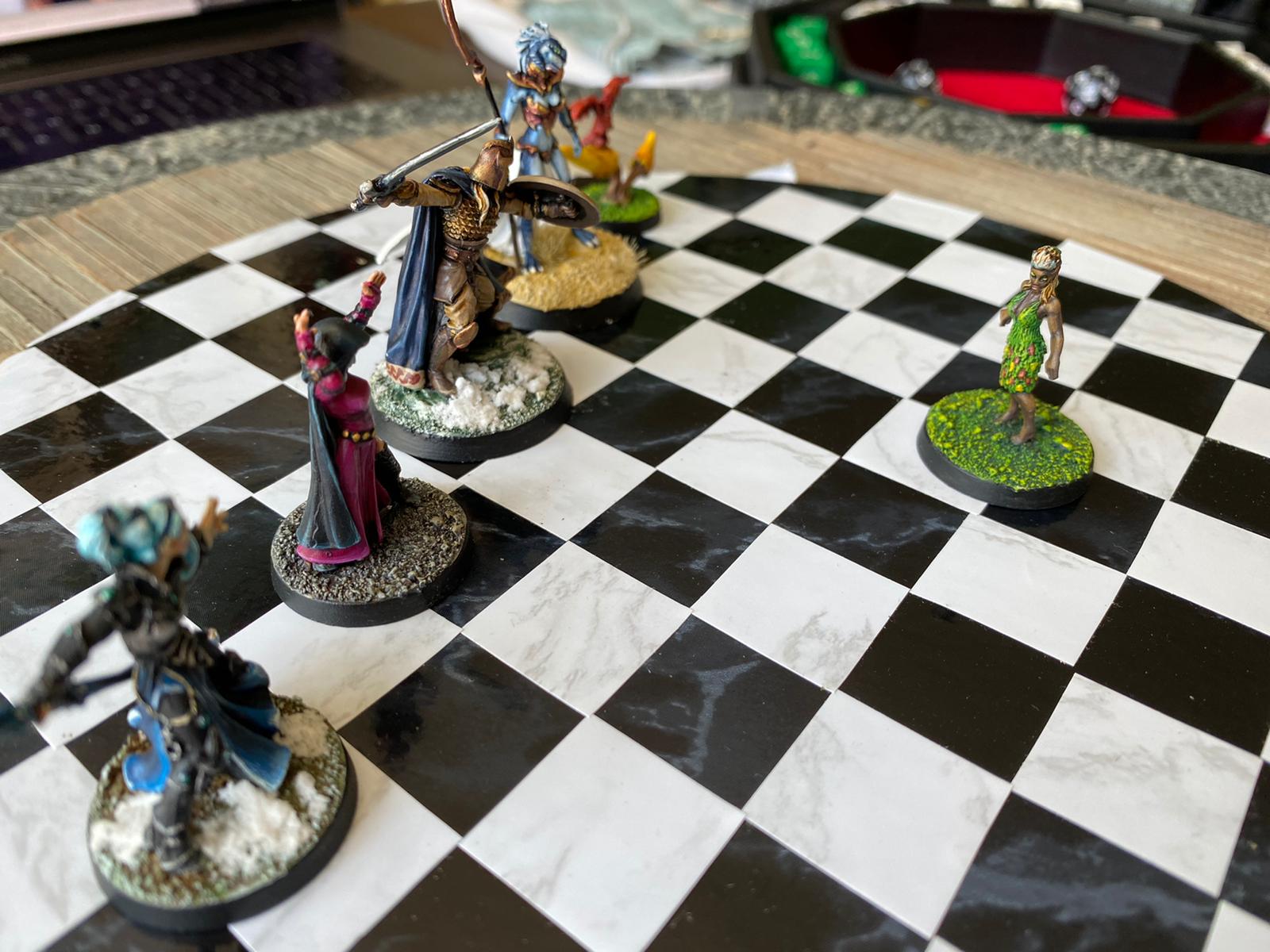 The woe of the captured Spring Princess

The Spring Princess begged the heroes to help her escape the tower and reunite her with her love: The Winter Prince, who was waiting at the edge of Twilight Forest on his white horse.

Her family had confined her to the tower to prevent their forbidden love and the Prince could wait no longer and would leave these lands forever at midnight.

The heroes instantly agreed to help.

First challenge was to escape the Satyr guards.

Alyanys cast a disguise spell on the Princess to make her look like one of the Satyr guards.

But in the end, the guards proved no match against the heroes. 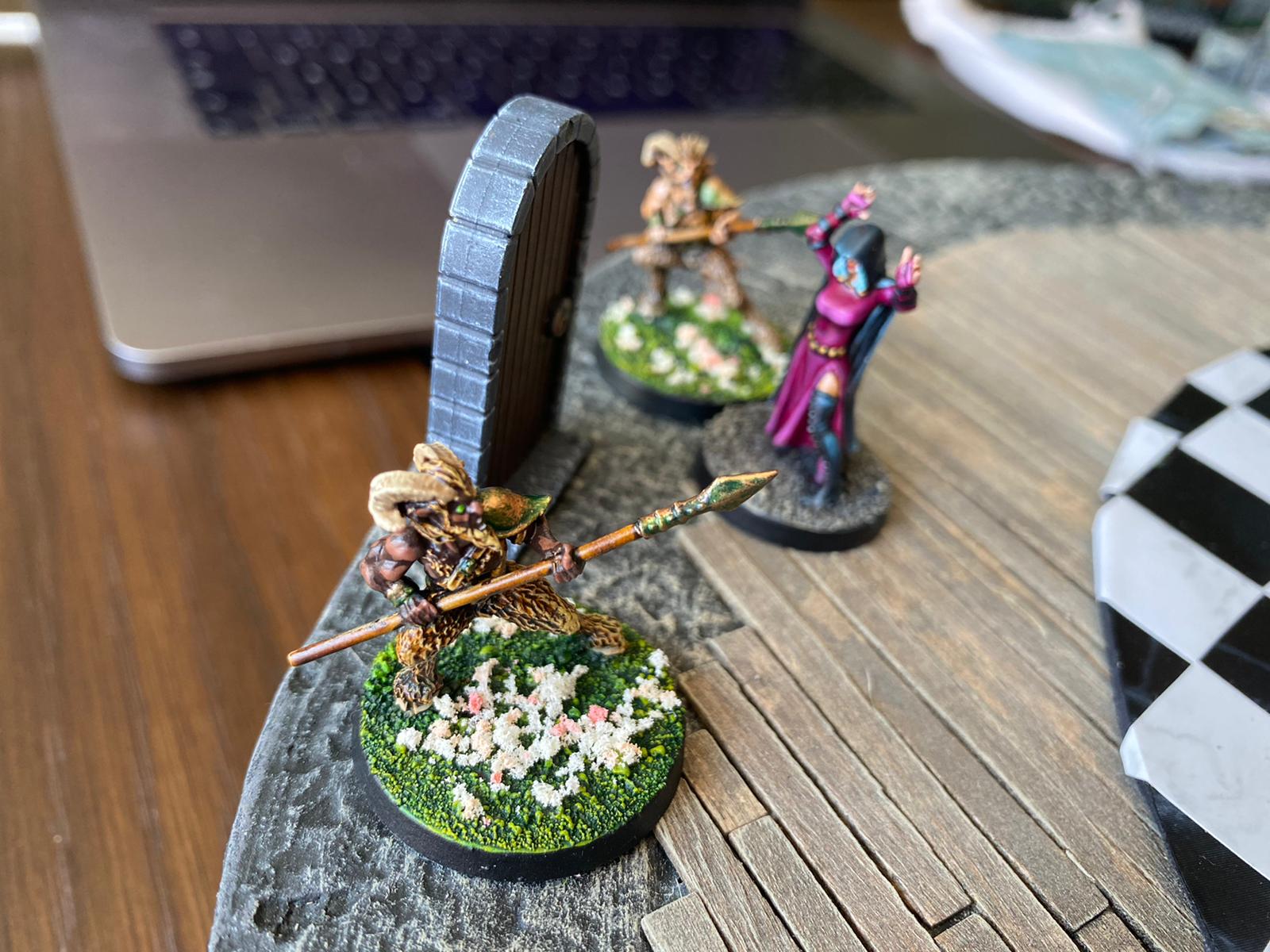 As the party descended to the first floor, they faced more Satyr guards, but this time lead by the Prince of Pipes who brought his magical flute and songs, but proved to be close to useless against the hardened hearts of the heroes. 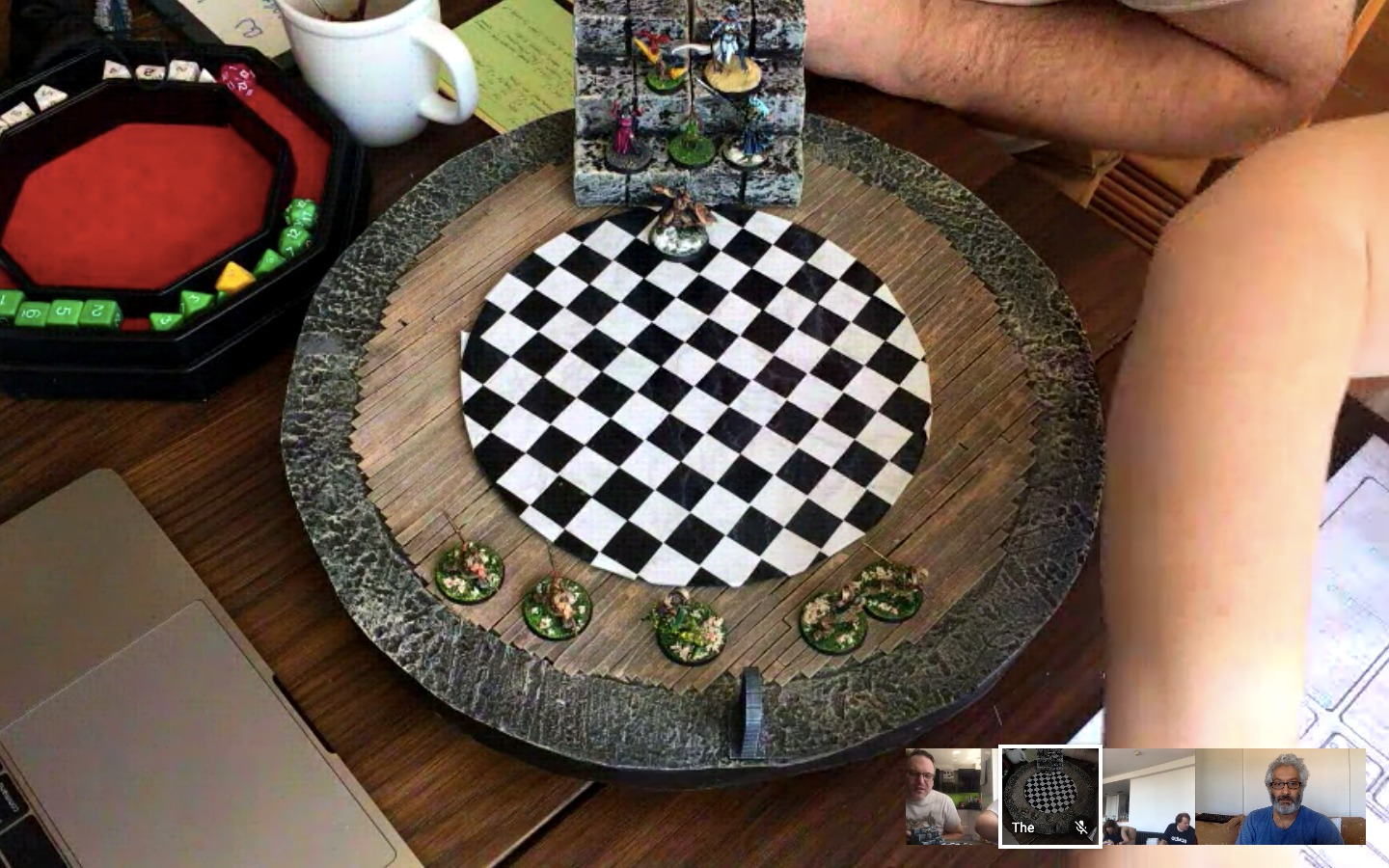 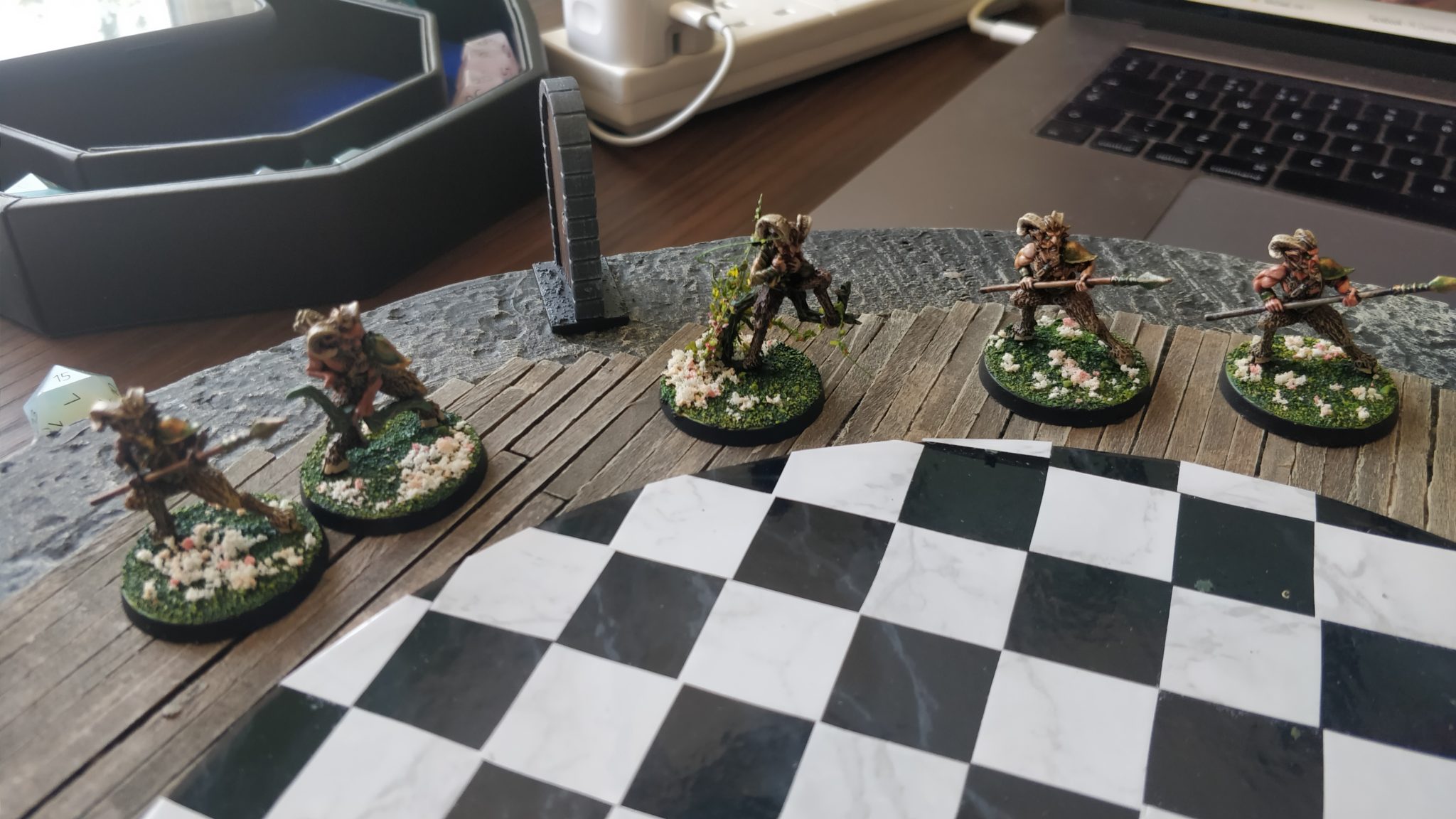 The ground floor (again) and courtyard

The ground floor was empty so the group was free to look outside at the surrounding walls and the guarded gate.

With a moments of peace, they discussed several options to leave through the opened gate and in the end settled for the still disguised princess to pretend to be a guard leading visitors out of the fortress.

With confidence in her abilities the princess easily deceived the guards and the party left the gate, only to hear shouts from the tower; “The princess has escaped. Close the gates!” 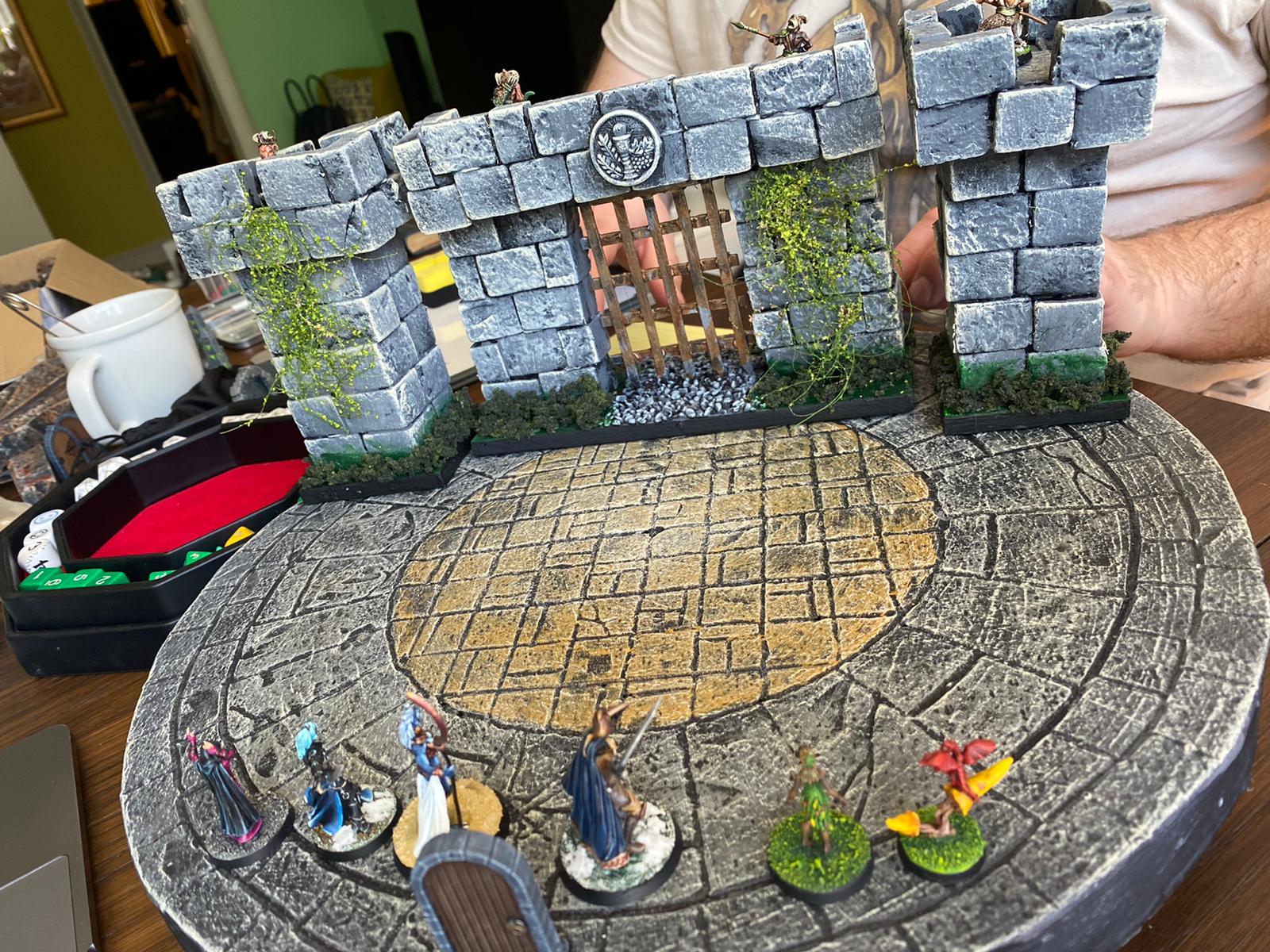 The heroes heard the alarm and running footsteps from the tower.

But they could see the Winter Prince at the edge of Twilight Forest. If only they could reach him…

They ran, arrows flying through the air and a Centaur Champion in hot pursuit.

The Centaur cried out to the heroes: “Give not our princess to the monster. Return her to us”.

But the Princess, now turning ghostly again, yearned for the Winter Prince and in the end the heroes let her run into his arms. 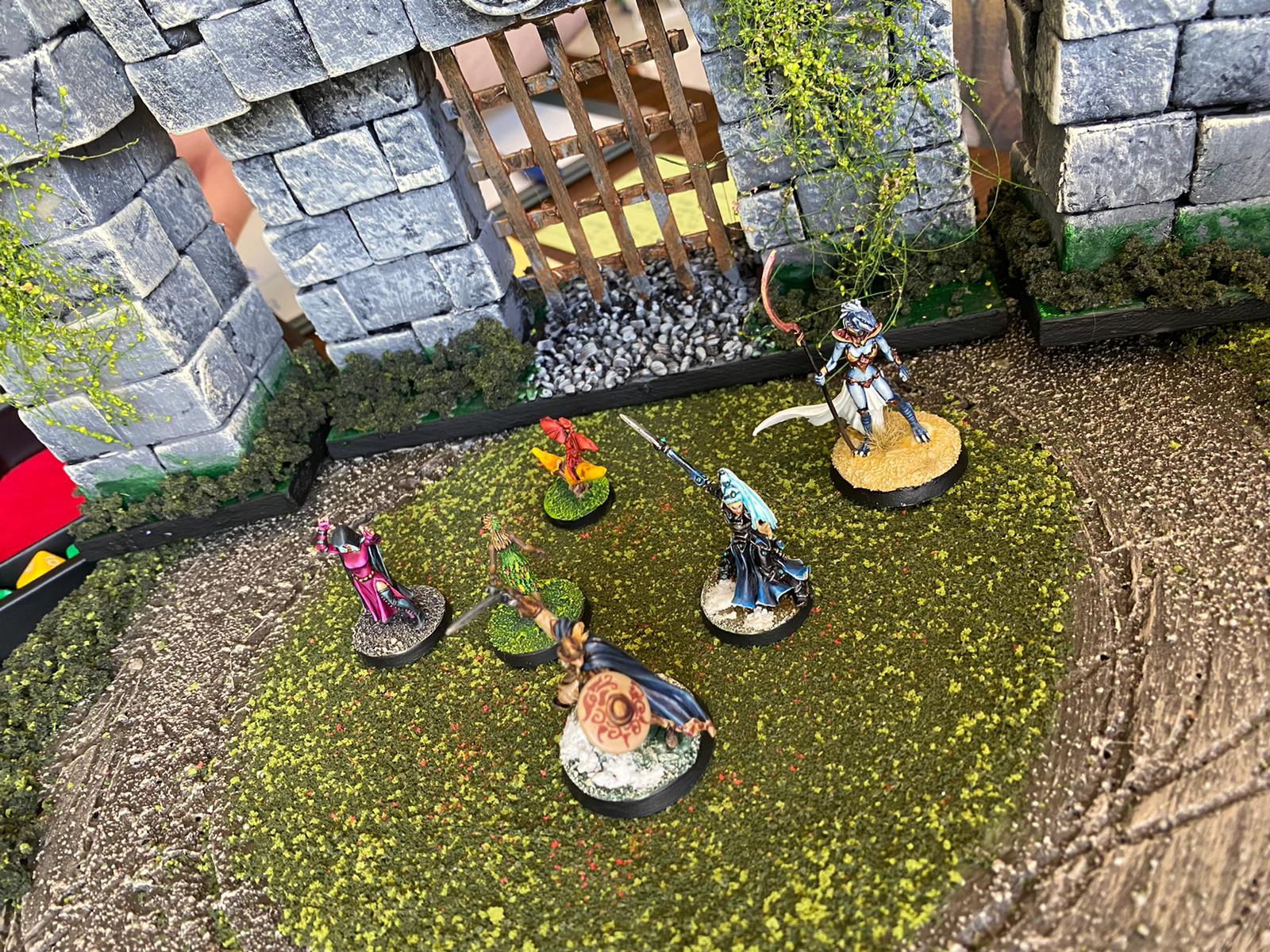 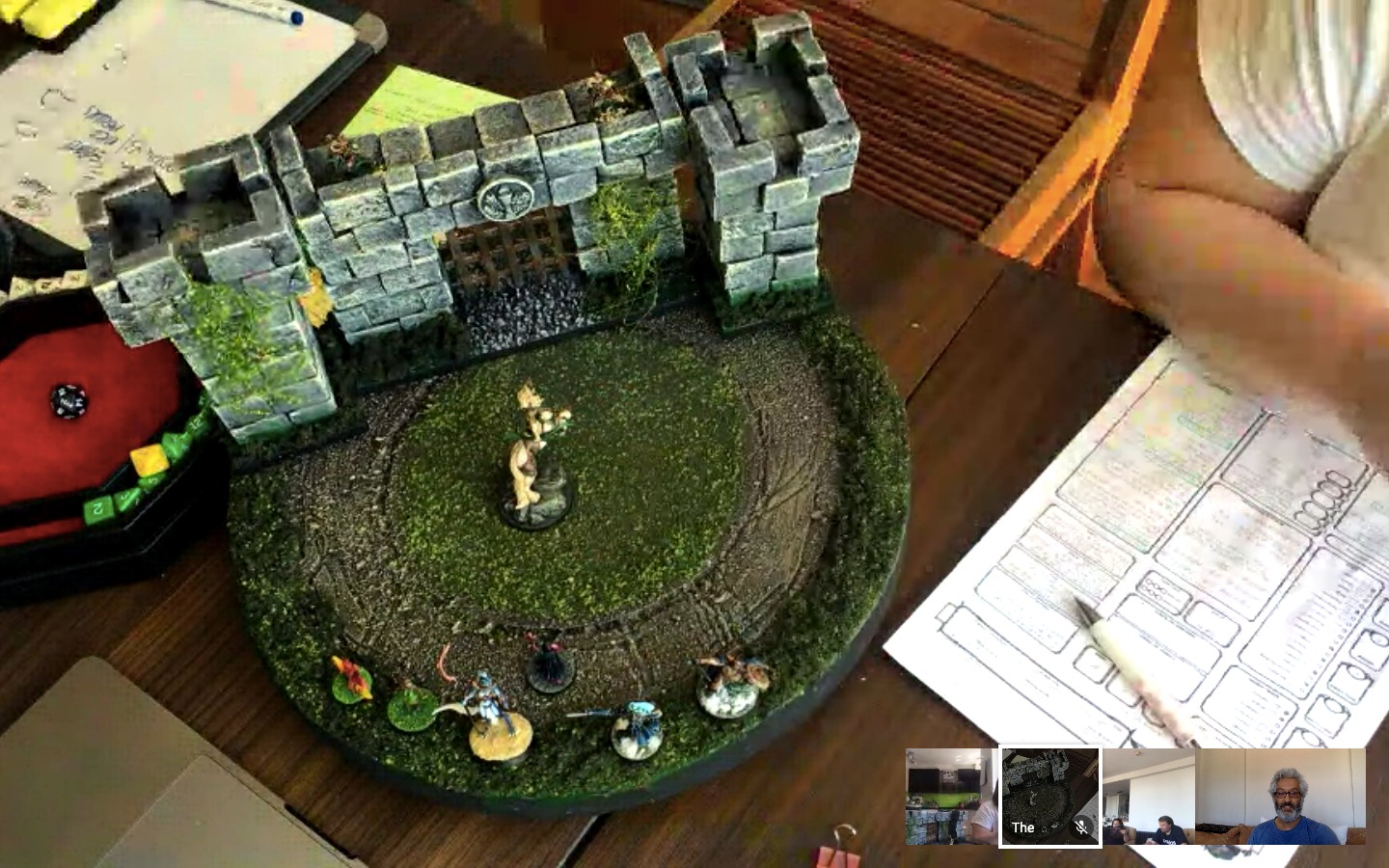 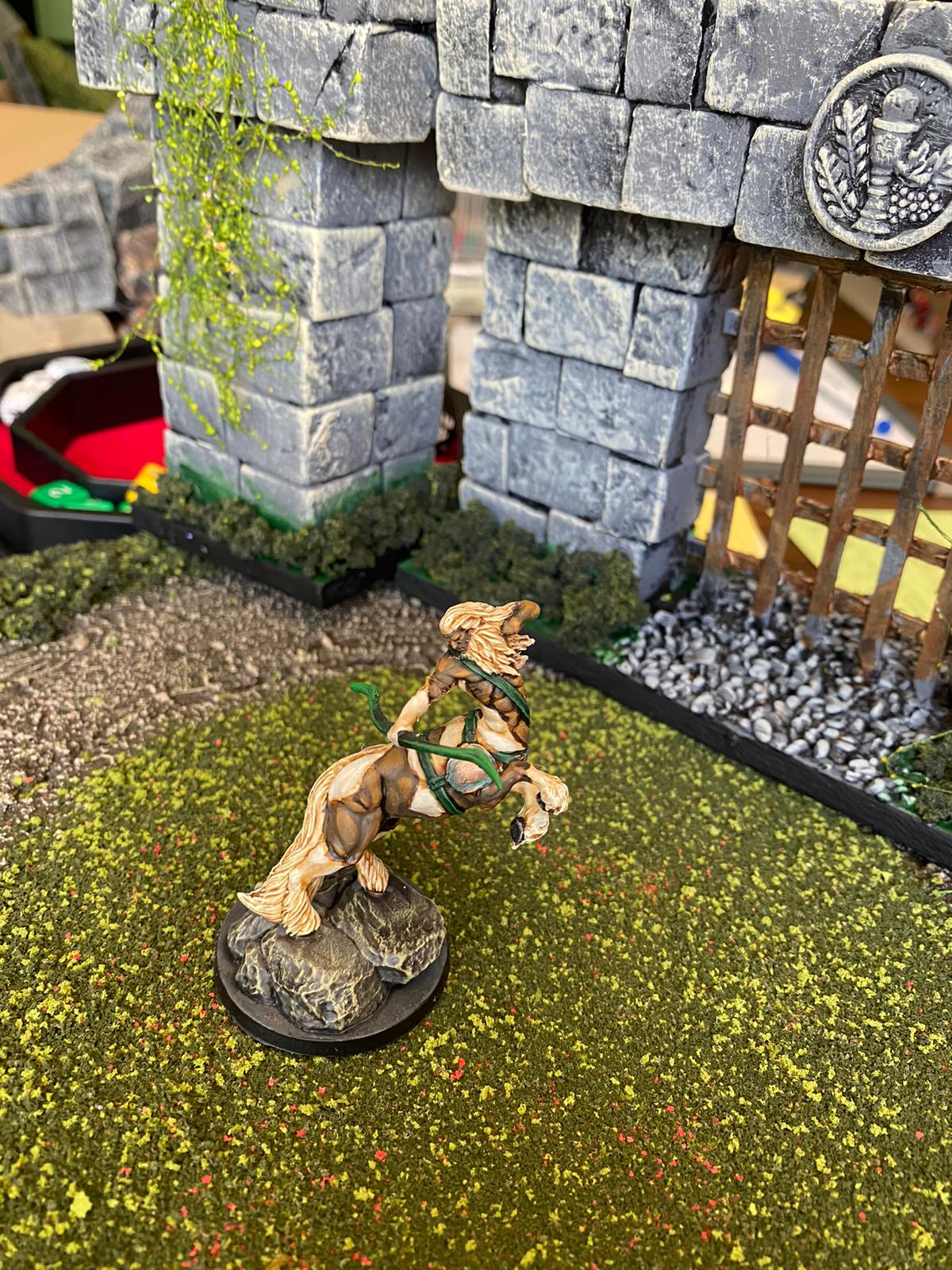 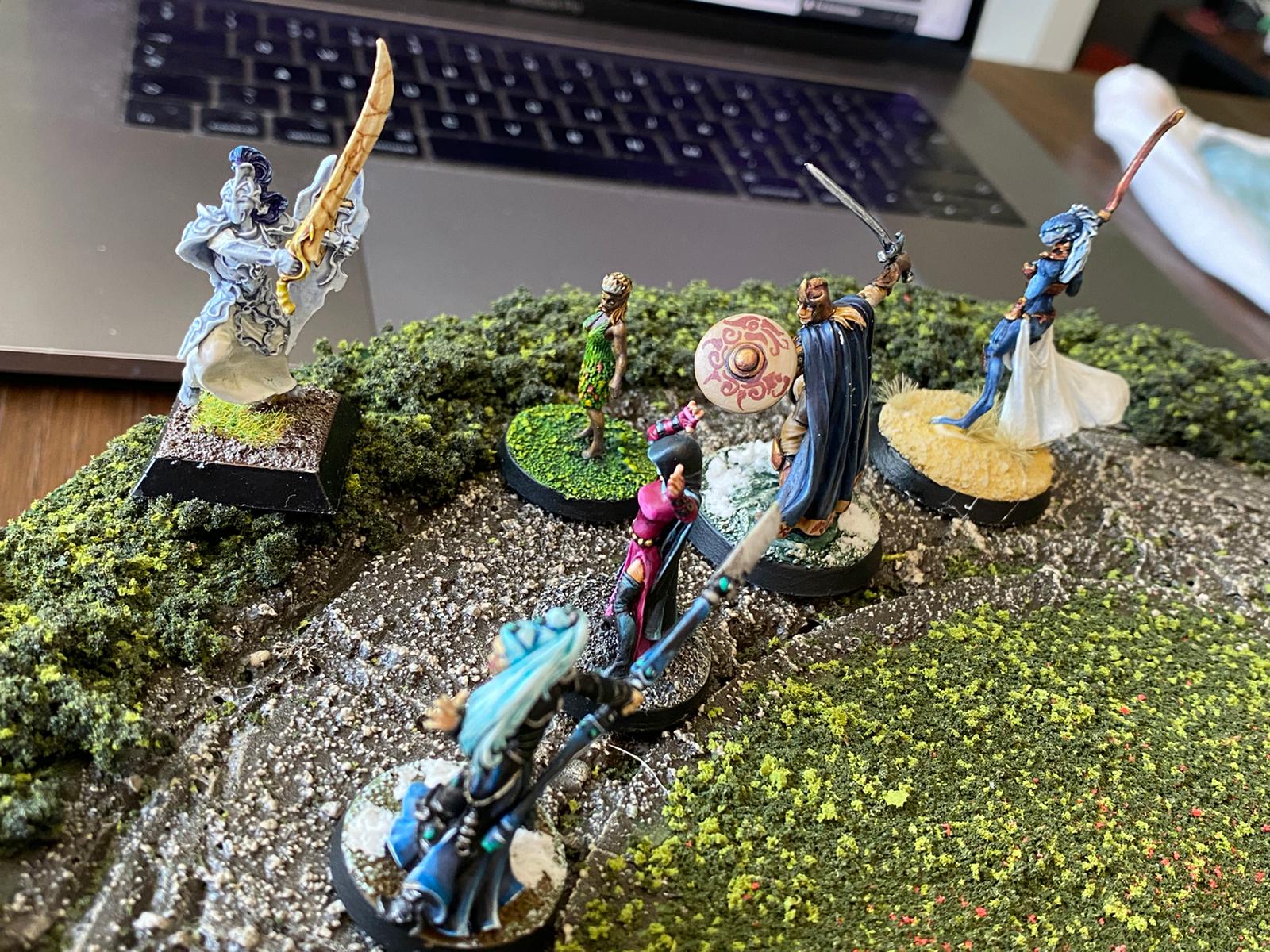 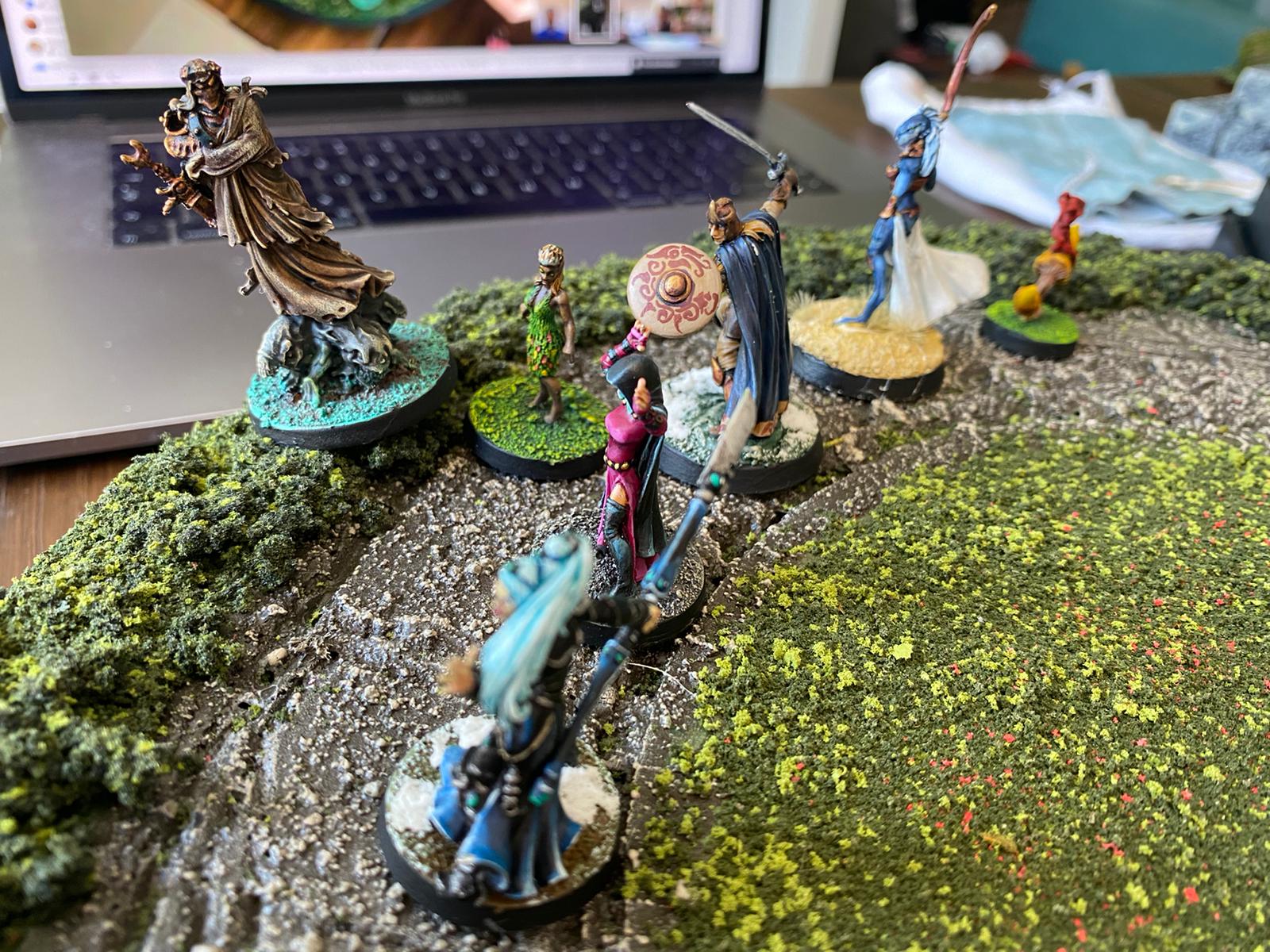 Tears of the lovers

As the Princess and the Prince reunited, the world was back to normal.

it was night time. The tower was again an empty ruin. Twilight Forest back to its old twisted shapes.

The undead lovers cried tears of joy as they faded into nothing together.

Four tears was all that was left and each hero picked a tear, which would allow them to commune with the Elven spirits.

Jean-Jacques was furious! How could his participants just disappear like that? He had spent weeks planning this team building event, hired a Necromancer to raise some undead in the tower and he had even found some real magic items as prize… for all four of them!

He found them outside looking all emotional. Over what? Bah! Those peasants would never appreciate his magnificent entertainer skills! 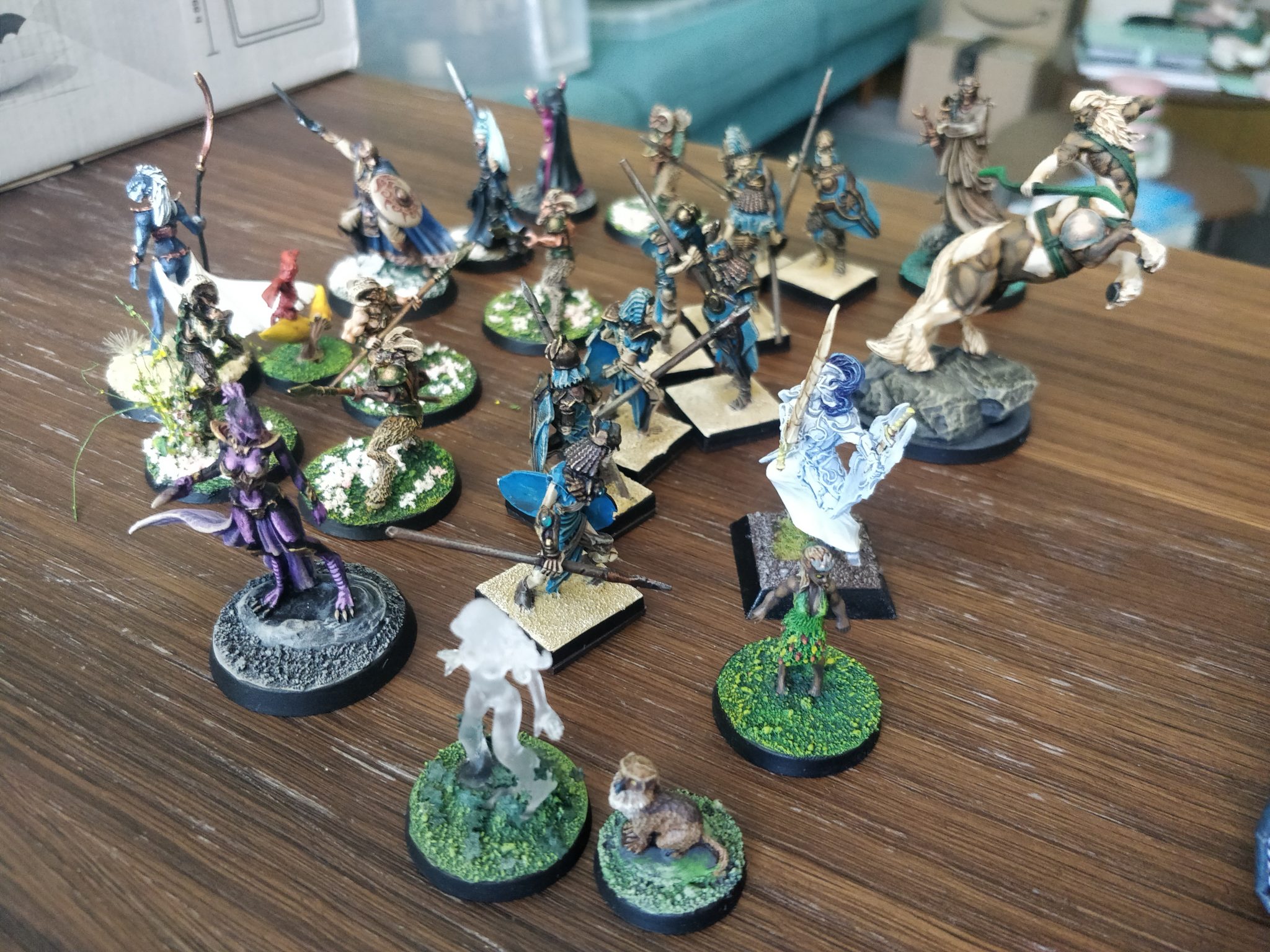