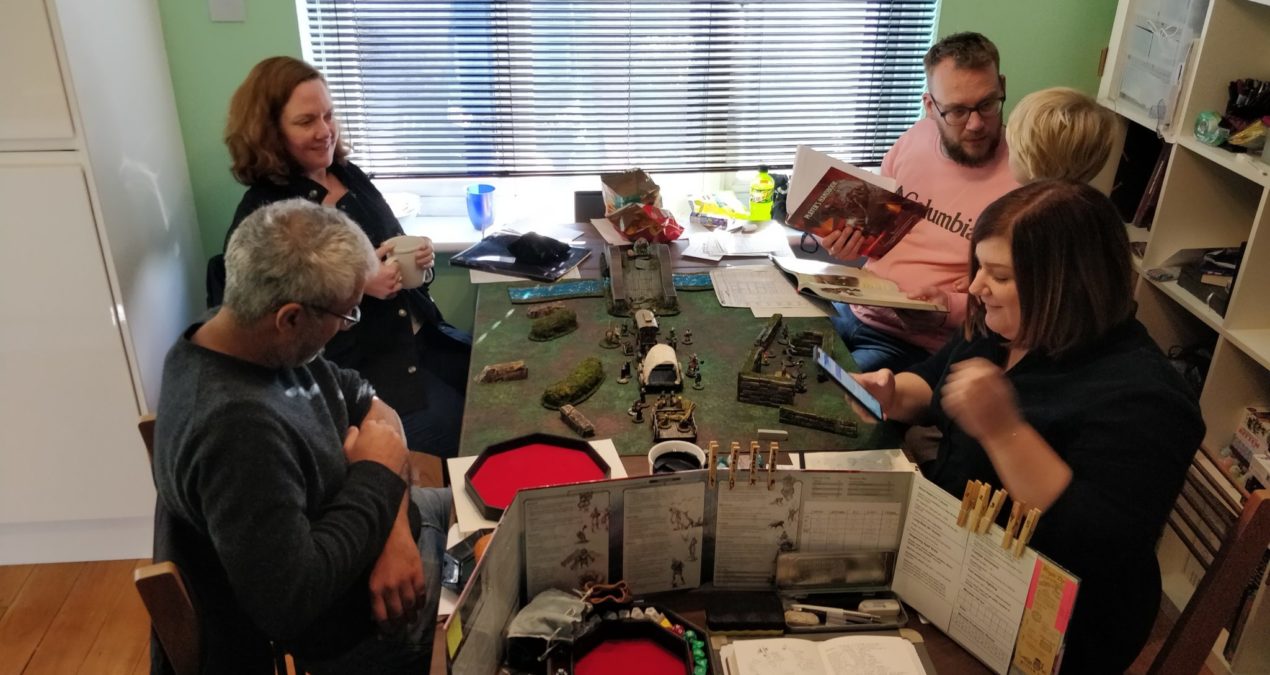 The benefit of splitting the party for introvert players

As a DM I draw from my professional experience as a Workshop Facilitator, which means I know various techniques to encourage people engage with the topic at hand. Here is is one technique I use to help introvert people to speak up.

There is a general view that splitting the party is a bad thing.

I’ve never bought into that idea as some of the most exciting games for both my players and myself have been when the party was split.

Indeed, splitting the party can help introvert players have a voice at the table.

I do think it is important how you manage a session with a split party, so let’s look at an example of how I do it:

A simple way to manage a split party

Group 1 is in combat time, 6 seconds a turn, while Group 2 is in a more socials settings where each turn takes maybe a couple of minutes.

The time passing in game doesn’t matter in relation to the time each player get to spend engaging with the game. Here I give each player roughly same amount of time:

How this benefits introverts

This may seem complicated, but actually it simplifies things and makes sure no player is left without anything to do for too long.

The first benefit to introverts is: Each player gets a roughly equal chance to participate each round.

In fact, using this turn based method of running the game, even outside combat, can also be beneficial when the party is together, but splitting the party adds a bit more to the table:

The second benefit to introverts is: Only the players in the active Group can speak. In other words while Group 2 can observe the Troll fight, they cannot interact, which means it is left to the players of Group 1 to ” carry” the story forward. it’s ok in my opinion that the players of Group 2 observes Group 1’s fight as the assumption is Group 1 heroes will tell Group 2 heroes about the battle.

The long-term third benefit is that everybody gets comfortable with engaging with the game, but in a way that seems natural and doesn’t seem pushy. The worst thing you can do to an introvert, is forcing them to speak while everybody else is staring at them. Do not do this.

Also, be aware some players are perfectly happy to engage very little with the game They are the ones Matt Colville describes as “Audience Members” in this great video on player types.