One rare occasions there is a game where it is not that great for neither players or Dungeon Master. My execution of this oneshot, is unfortunately a good example of it. it wasn’t so terrible people walked away from the table, but neither was it littered with cheers and applause.

I use these game diaries to capture the summary of the game itself but also for me to reflect on good and bad things, so here are my reflections: 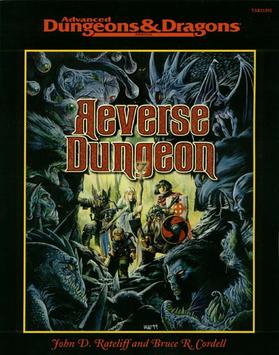 So to be in good time this year, I wrote this one during summer coinciding with me acquiring the old AD&D book Reverse Dungeon, in which the tables are turned. You are the dungeon dwellers defending the dungeon from pesky adventurers.

The idea was simple: The players would have to defend Santa’s lair from a large gang of treasure hunters. I mapped out the adventure, tweaked it, shared it, got feedback and tweaked it again until I felt it was a nice tight story with 3 social and 3 combat encounters. See page 3 here.

So what went wrong?

When we started playing 3 years ago,  the first adventures and even the first campaign, was designed to have a certain degree of railroad meaning fairly linear with few player choices as my players were new to D&D.

However, as my players grew in experience and confidence, I have actively encouraged them taking decisions and pushing the game in different directions and our current campaign is a sandbox style game.

This oneshot is railroad. So the players had nowhere near the choices they normally have and were frustrated of not being rewarded for creative thinking,

The story and my mind were too firmly set

I normally whip up our adventures a few days before and my planning is fairly light, mainly based on monster stats and encounter cards because I don’t know what the players will be doing, and I enjoy playing that way.

This oneshot had too much planning and i was too set in mind mind of what players could (and should) be doing.

This came to light in the second combat encounters in Cave no. 1. Once the characters had won the fight, the plan was for them to move into the next Cave (no. 2) BUT the players felt they had such a strong strategic position in Cave no. 1 that they decided to dig in, which meant they would not move backwards in the cave and find Santa and the story reversal to be had there.

In a moment of panic I made 3 massive errors here and looking back now it is clear it was because the story was so firmly fixed:

I still believe this is a solid Christmas oneshot, but my execution of it, was not.

It was too much railroad for a group of people who loves thinking outside the box. And that creative storytelling / problem solving is actually is my favourite thing about our games.