At the time of making this set, our campaign had mainly taken the adventurers out in the wild. Forrests, dungeons, a small village here and there… you get the idea.

But I wanted to switch gear and had two specific type of gaming sessions in mind:

First of all make a cerebral mystery type session focusing on roleplay and problem solving rather than bashing goblin skulls. This would not really need any gaming board, but the other type was to bring the party out of the wild and into an aristocratic environment with posh people and political motives.

My previous gaming board where all built on scenery building techniques I had used back when I played tabletop wargames, but this was a new challenge for me and I am really happy with the end result.

Given this board would be indoors, I switched back to square tiles. As explained previously, I use square tiles for indoor spaces and hexagon tiles for outdoor spaces to give them a slightly different feel.

And what works perfectly for square tiles? Marble floors!

However, I still wanted to give the space a different feel from your average dungeon, basically to make the players feel out of their comfort zones in the same way a muddy adventurer would feel strange at a masked ball. So to nurture this feeling, I turned all tiles 45 degrees… more or less, they ended up a bit crooked, so more like 43.75 degrees.

Stuff I used to build this board: 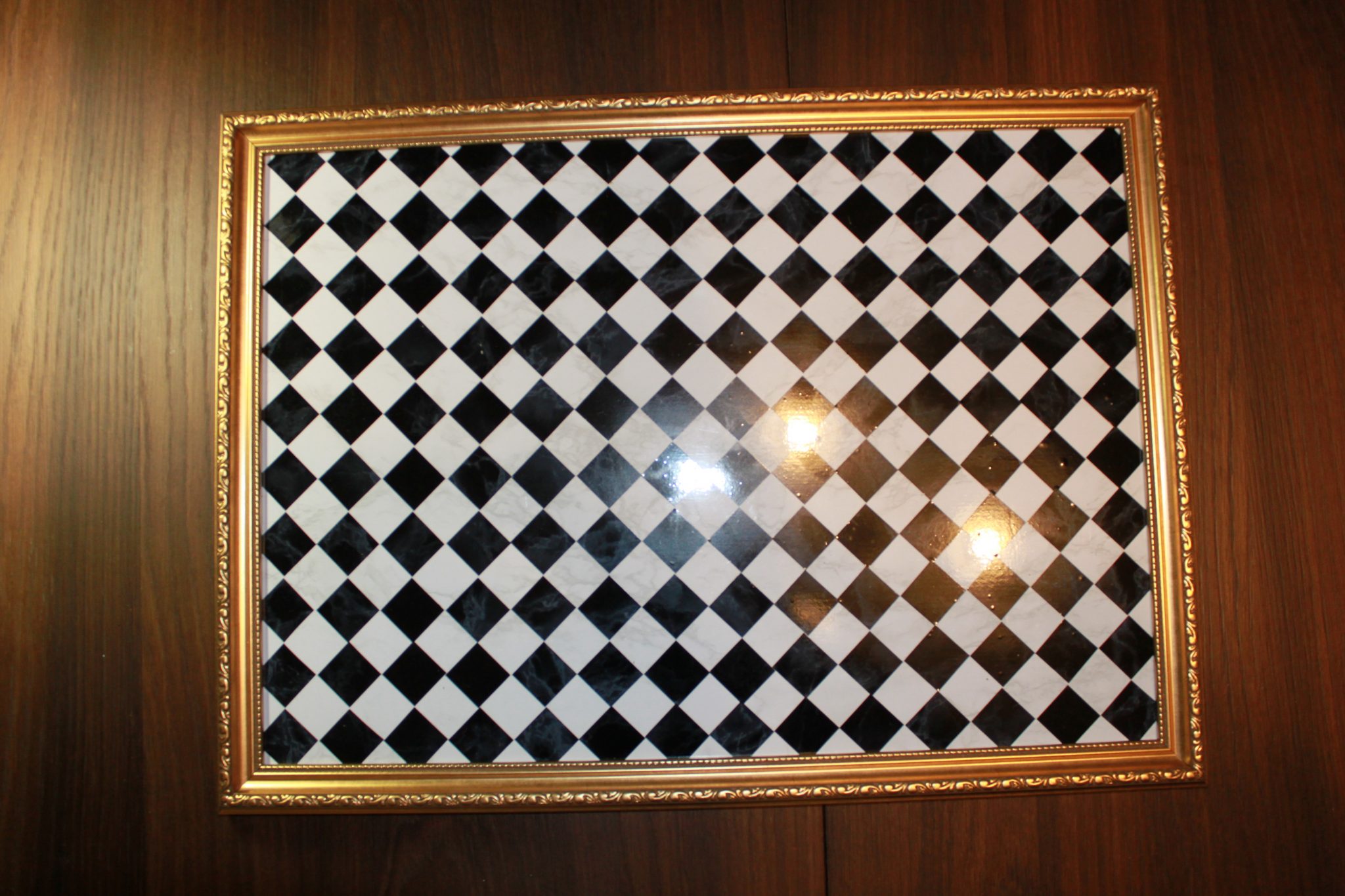 The tiles are effectively made out of large vinyl stickers with marble print on them… yes, that took longer than I expected. 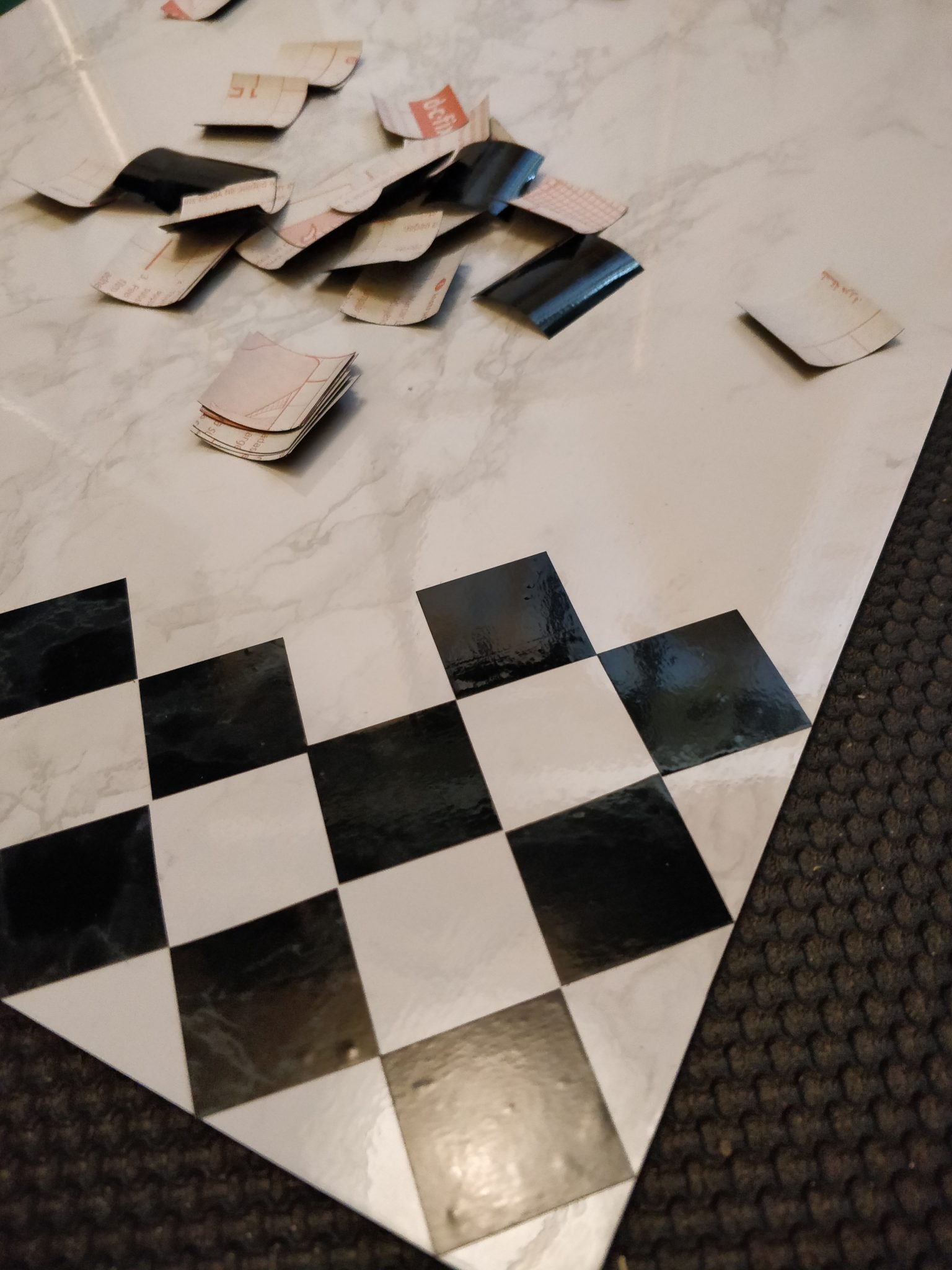 Deciding on the scatter items spawned from the choice of making a marble floor: White roman pillars (made out of cake stands), white brick wall elements and short round stone pillars with flames to light up the room (made out of tea cake lights). I also made a raised plateau for practical reasons.

Bits I used to create scatter from: 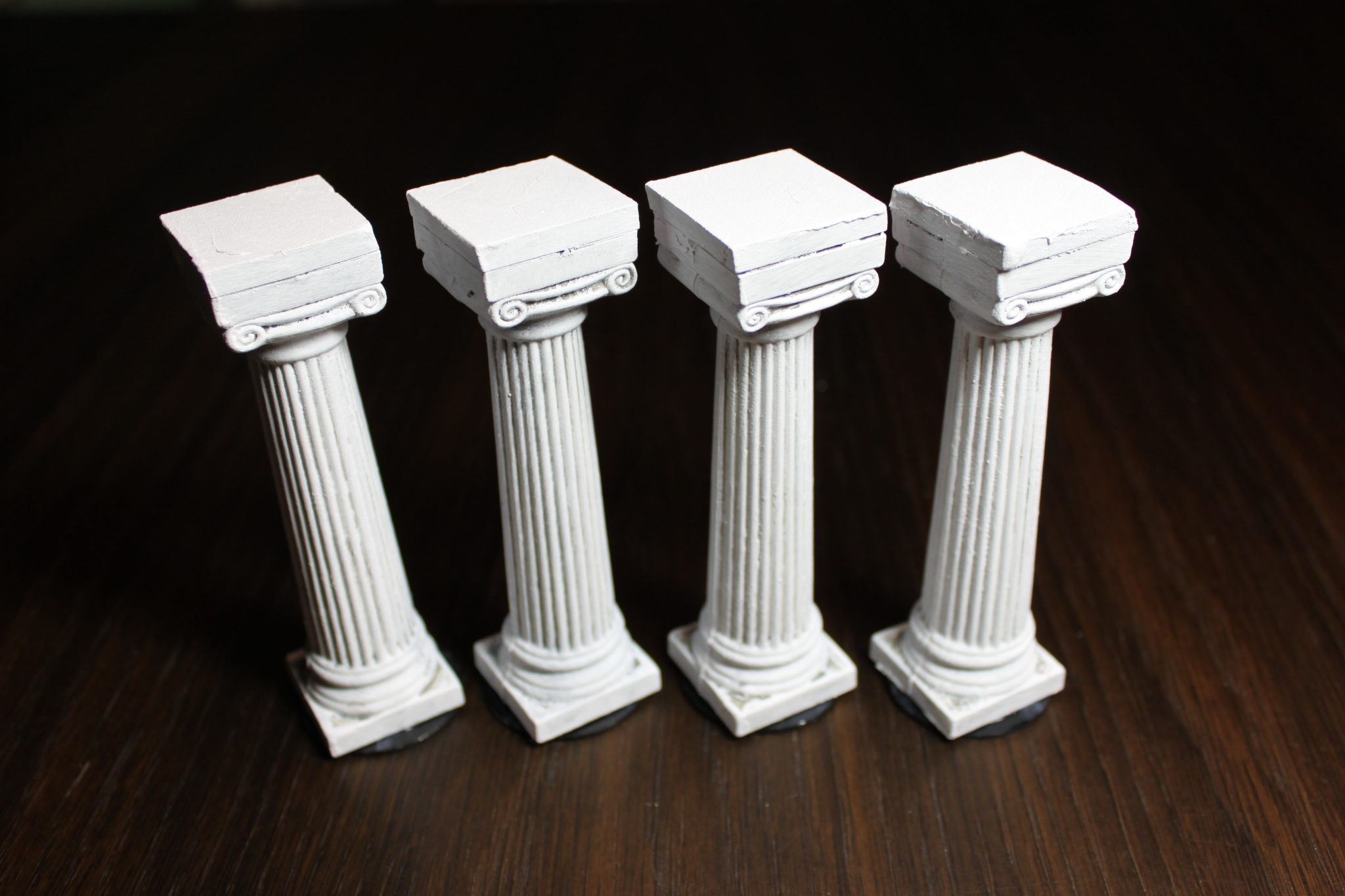 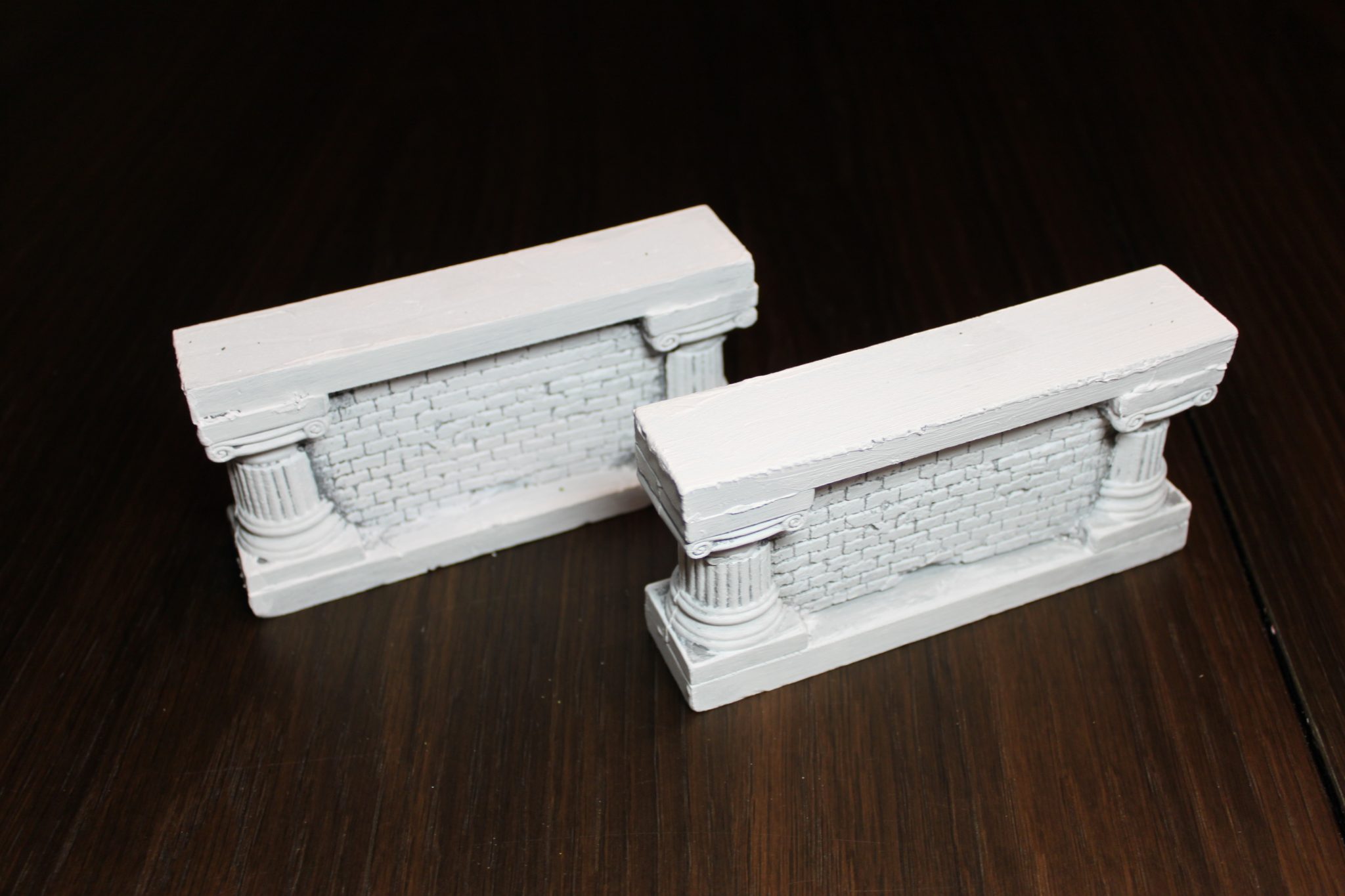 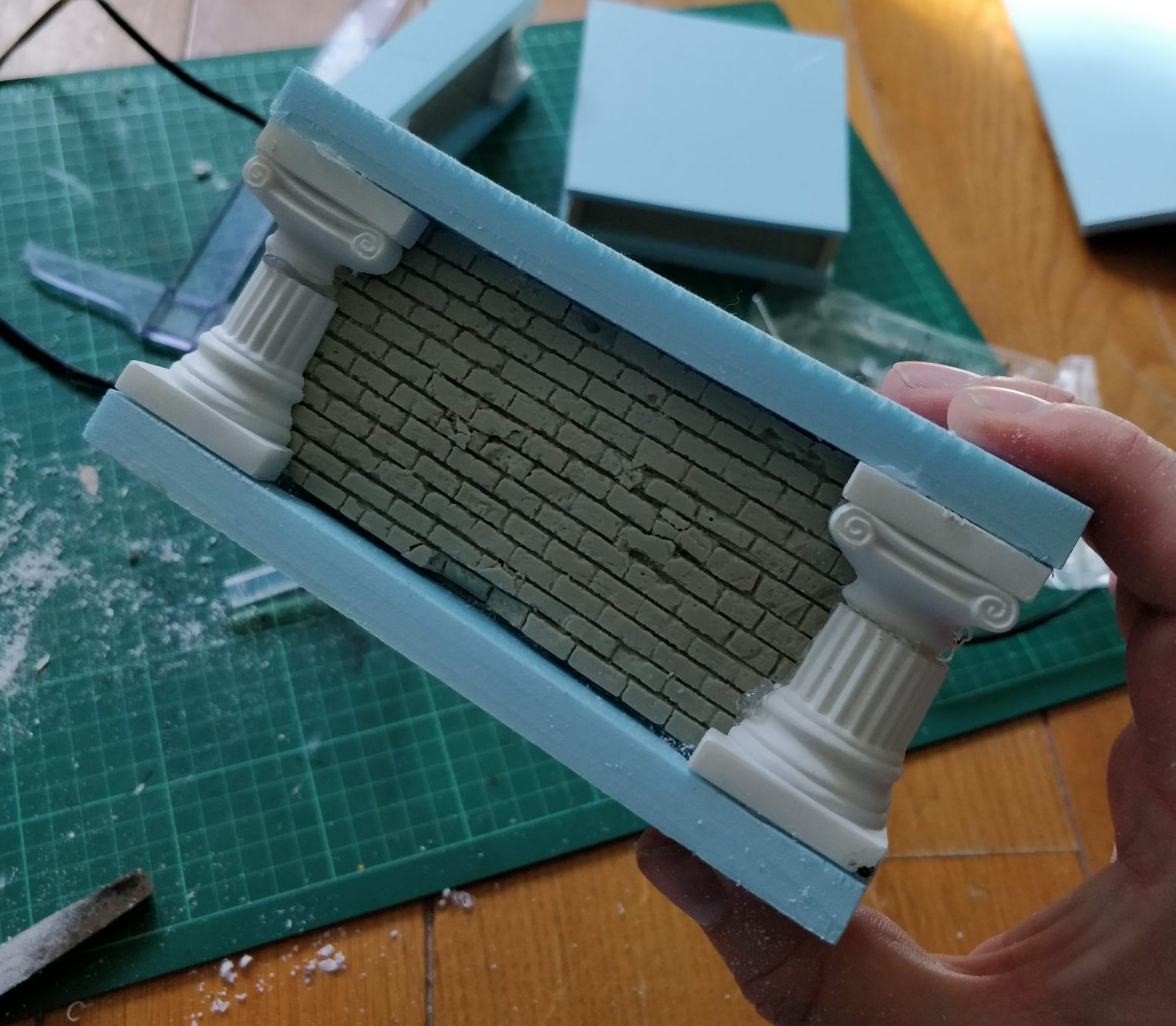 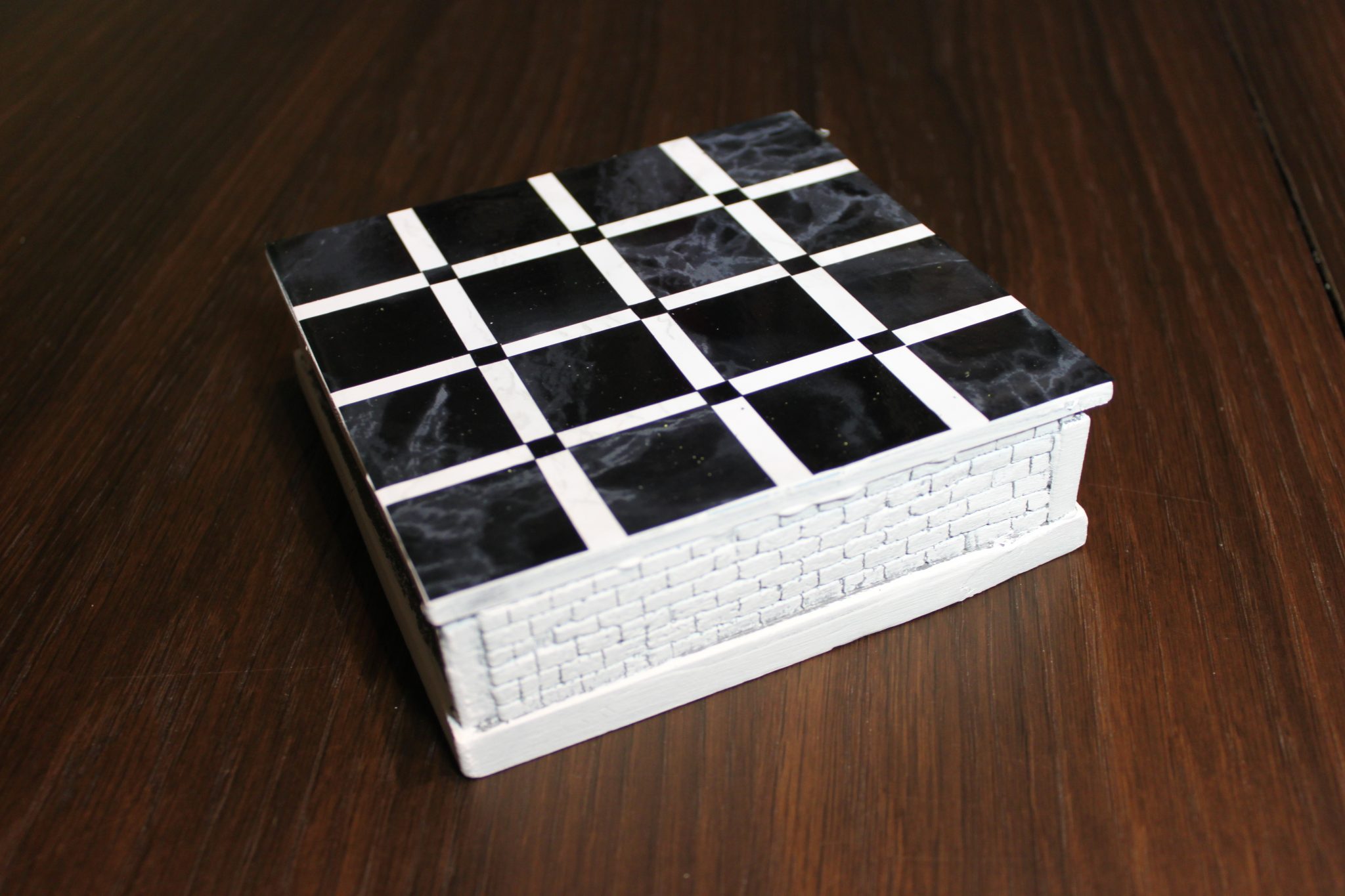 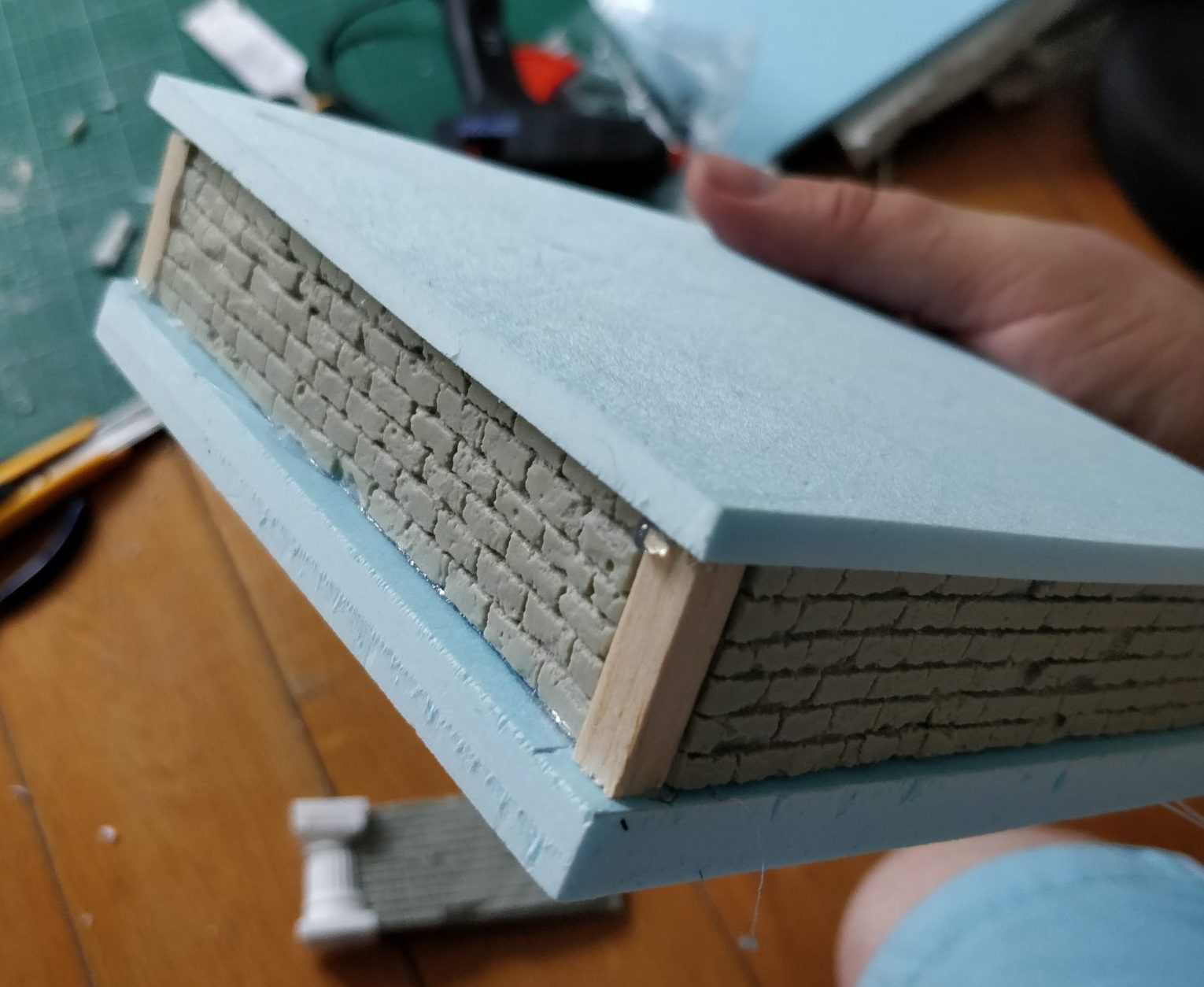 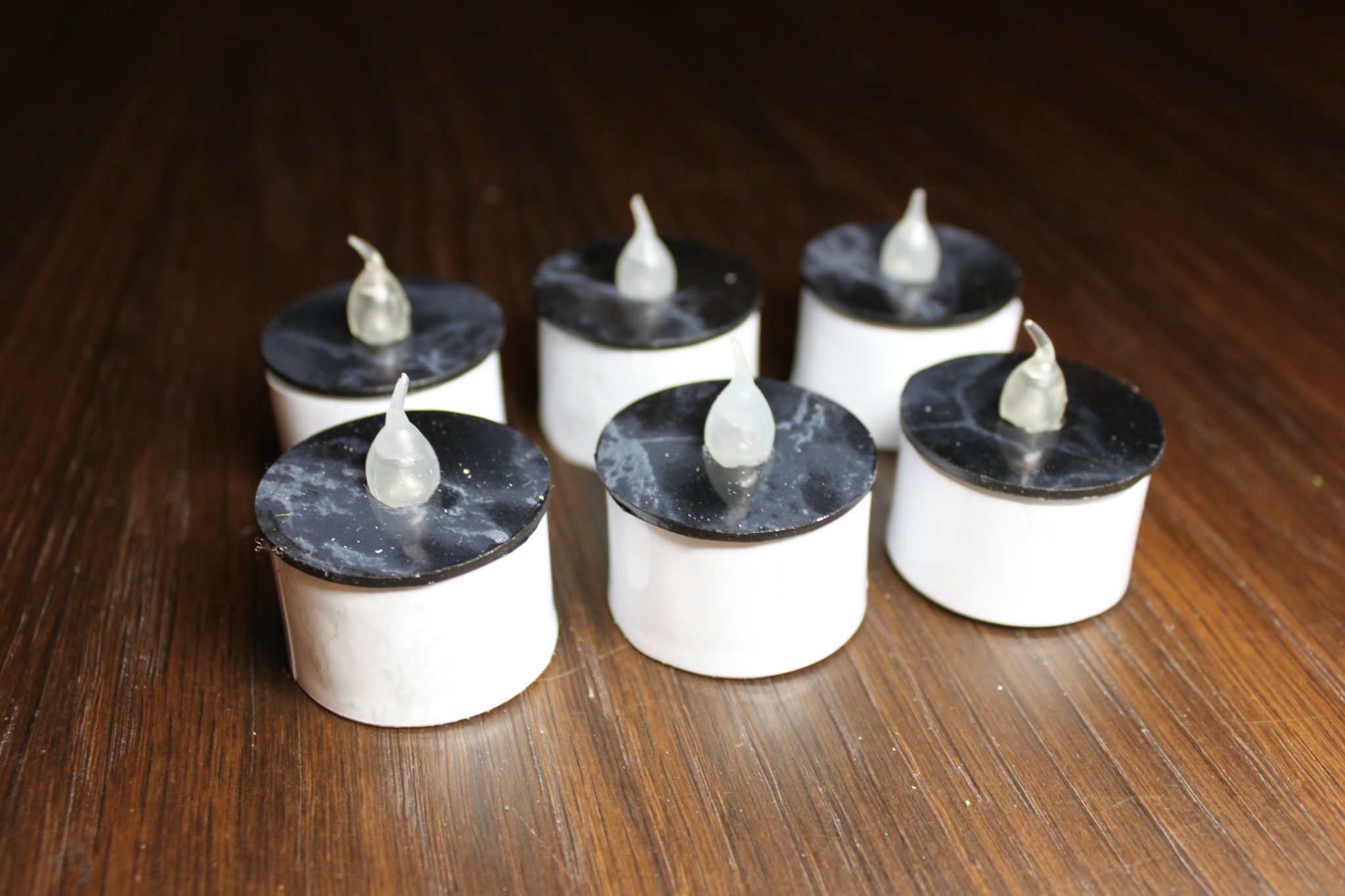 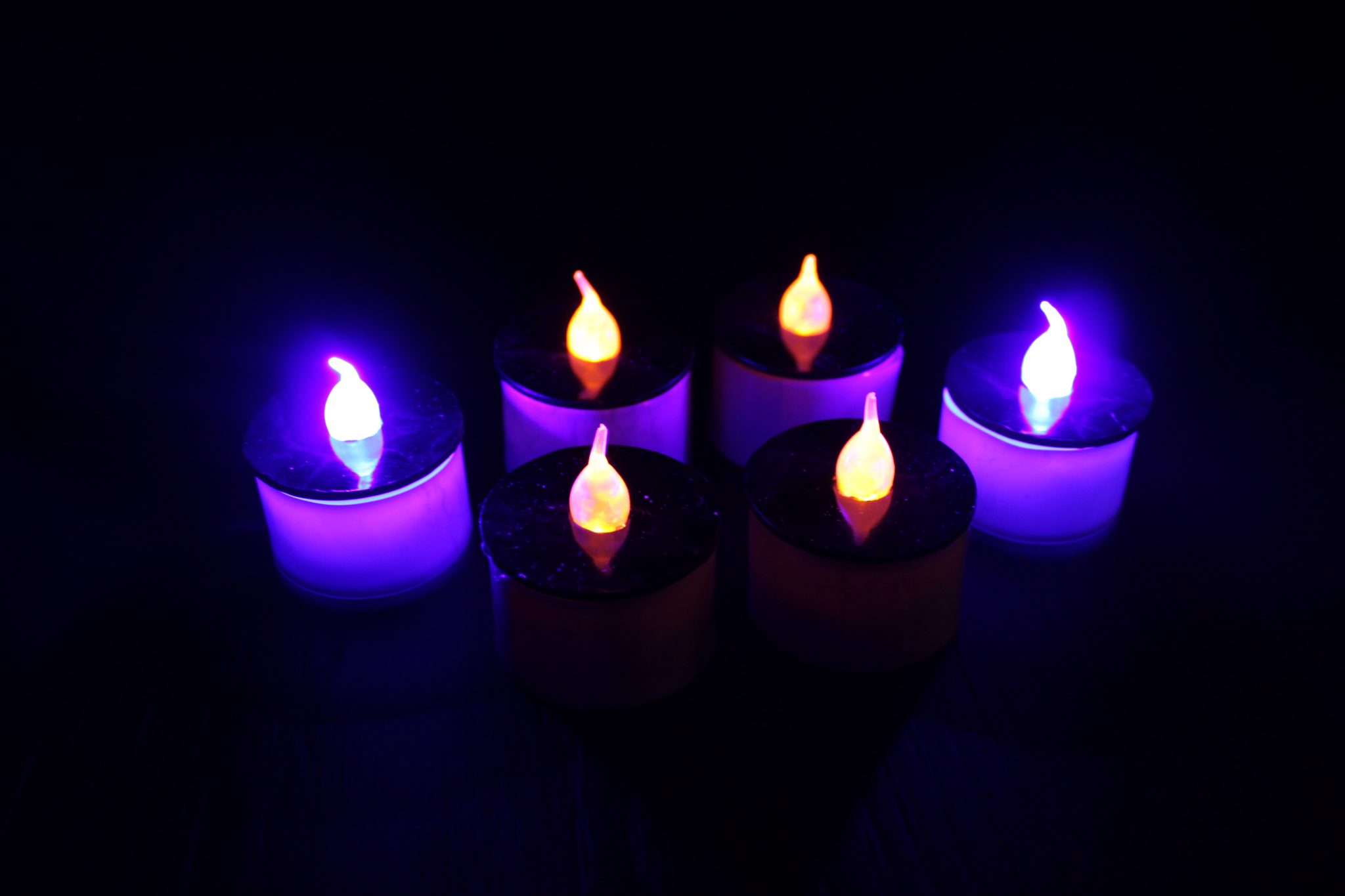 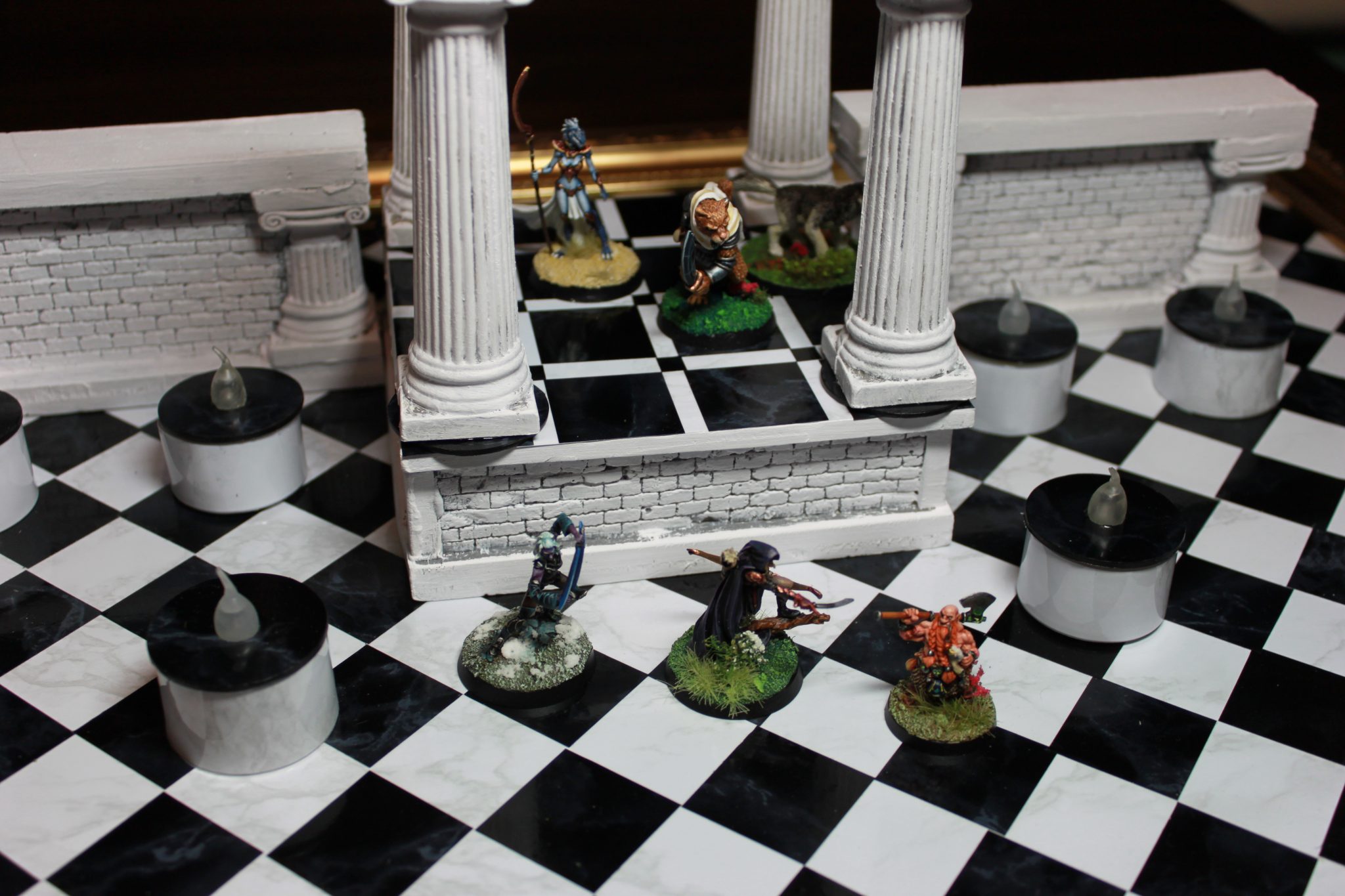 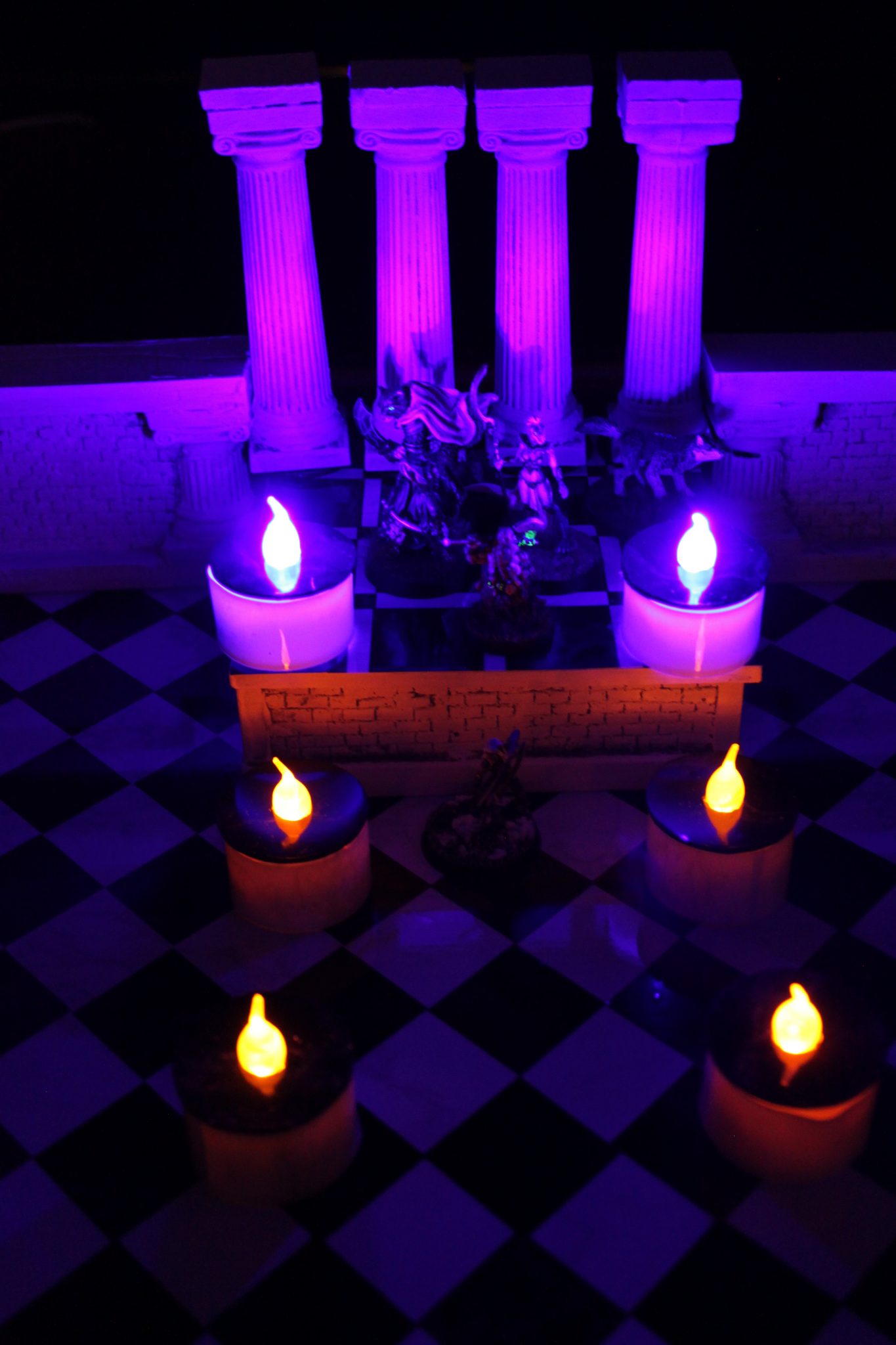 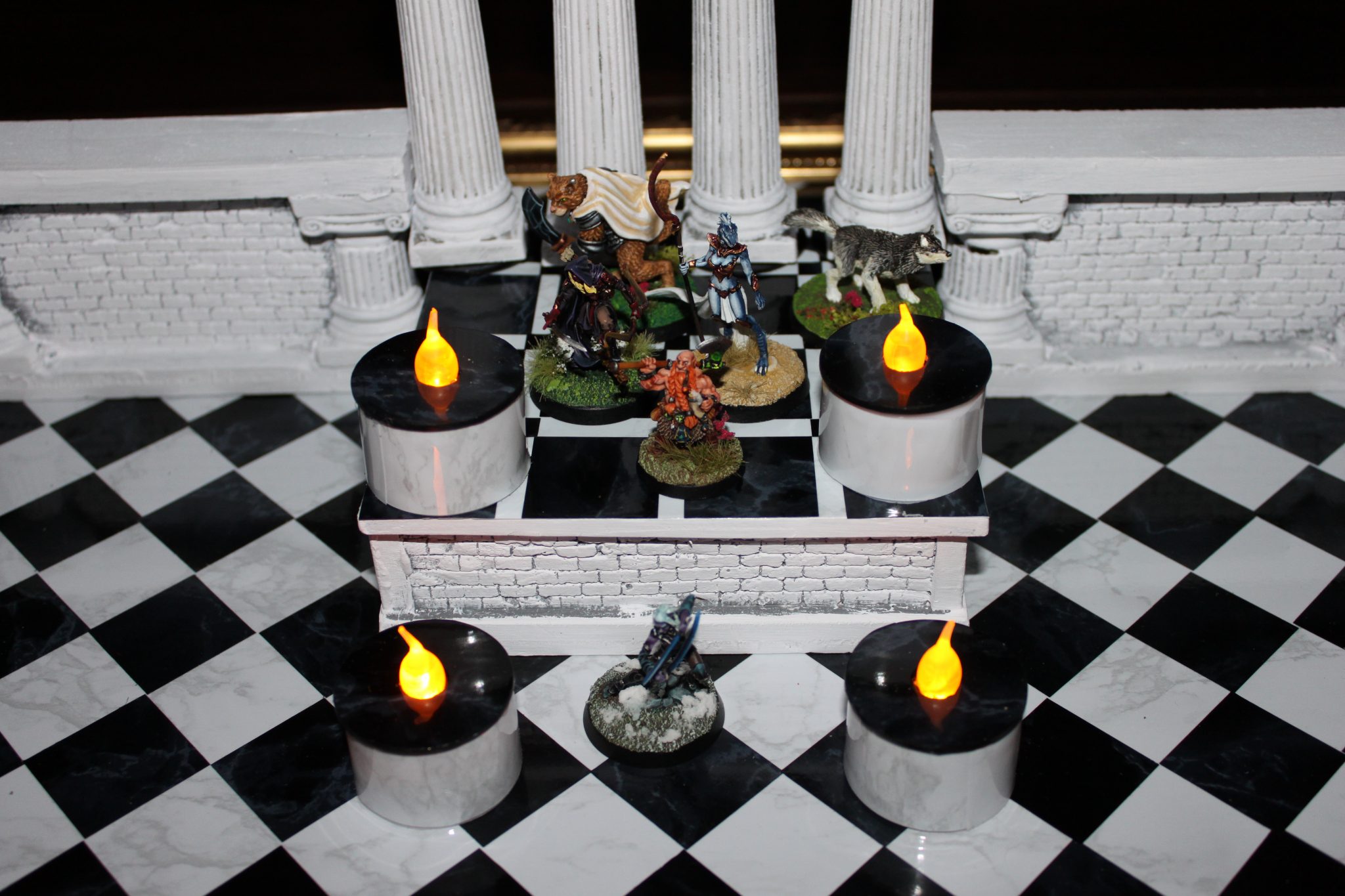 Below is shown some elemental overlays I made for one specific adventure. A great way of connecting these posh halls with either the Ice and Snow or Lave Inferno gaming boards. 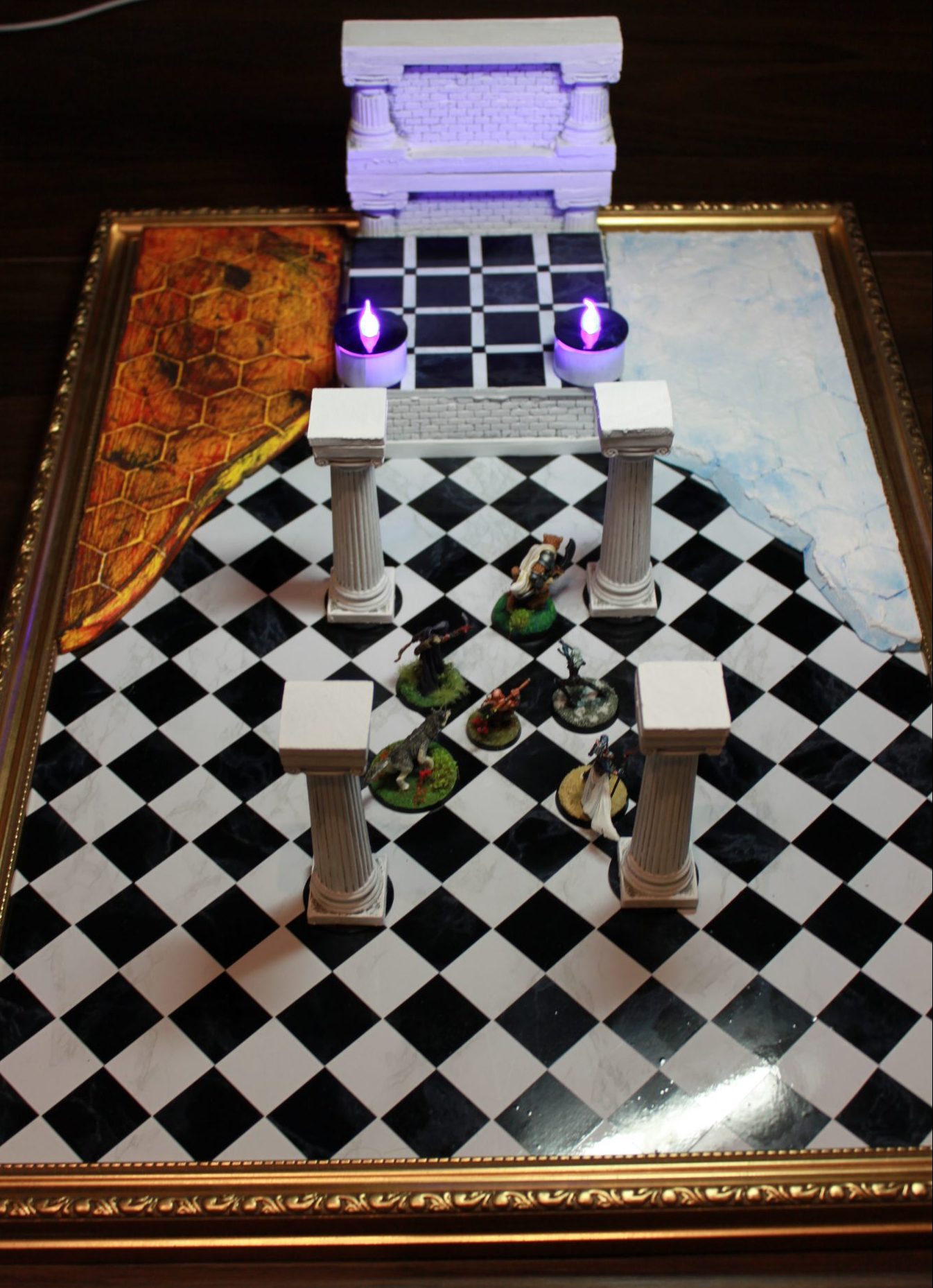