Having failed to exchange the captured evil souls for that of Larsen Qu, The party set out to investigate the strange news of chunks of cows bring thrown at the nearby village of Silkenheim.

As the heroes arrived at the village, the villagers turned into a frightened and angry mob when they saw the Dragonborn sorcerer as they had been terrorised by the xenophobic “Trueborn” who were hunting the party. Fortunately their old compadre, the Tabaxi Cleric Feather, rejoined the party and calmed the mob.

The party decided to kill the dragon wyrmling guarding two dead villagers hanged by the Trueborn. It was a trap! And the party soon faced a detachment of elite Trueborn warriors demanding the party’s map to The Dragonspire, gone of the Trueborn. A short scuffle commenced before a truce was agreed and the Trueborn left with the map, not knowing it was a copy!

Kudos to my players for recognising the danger of the situation and stopping it before it escalated. 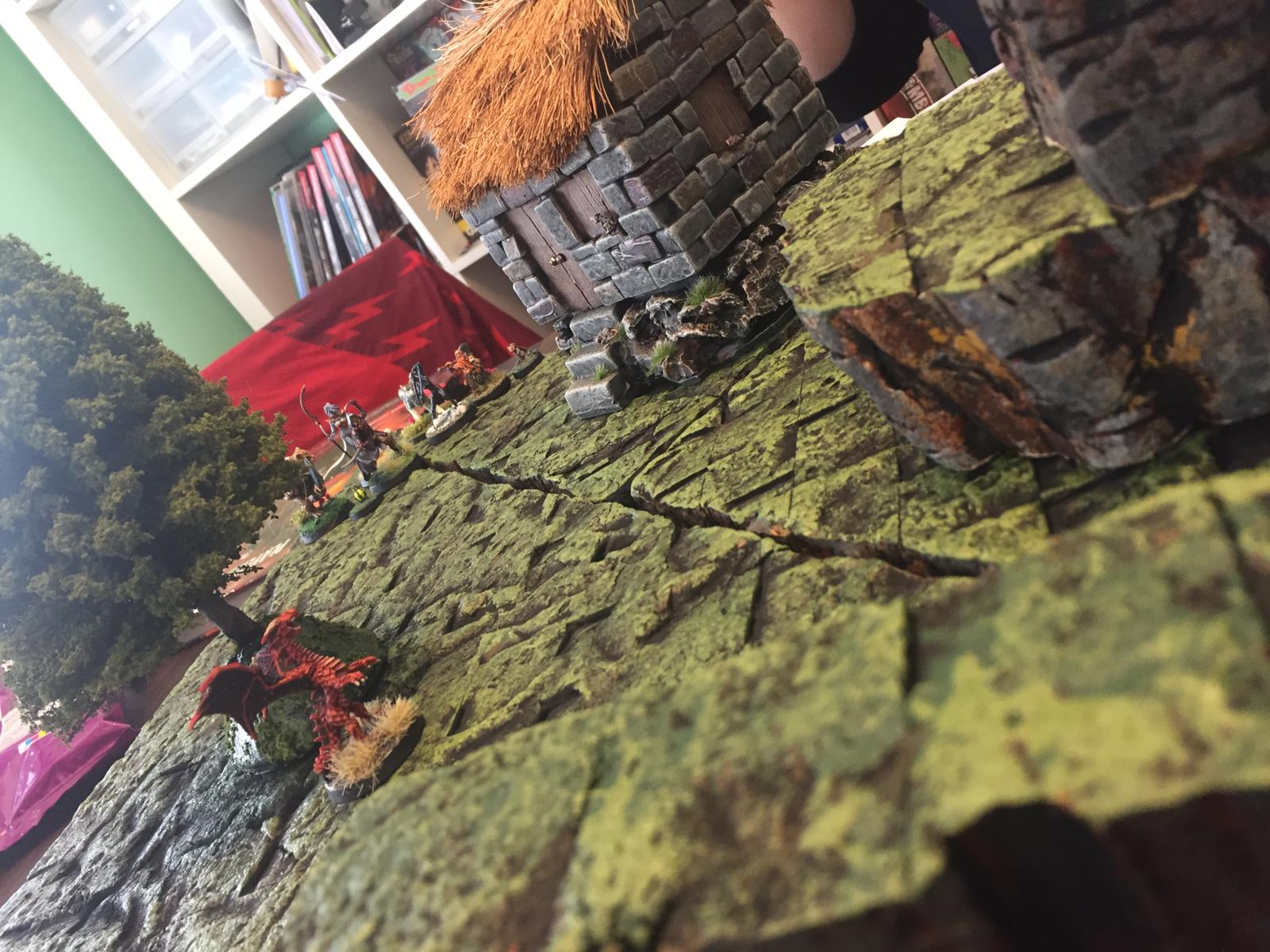 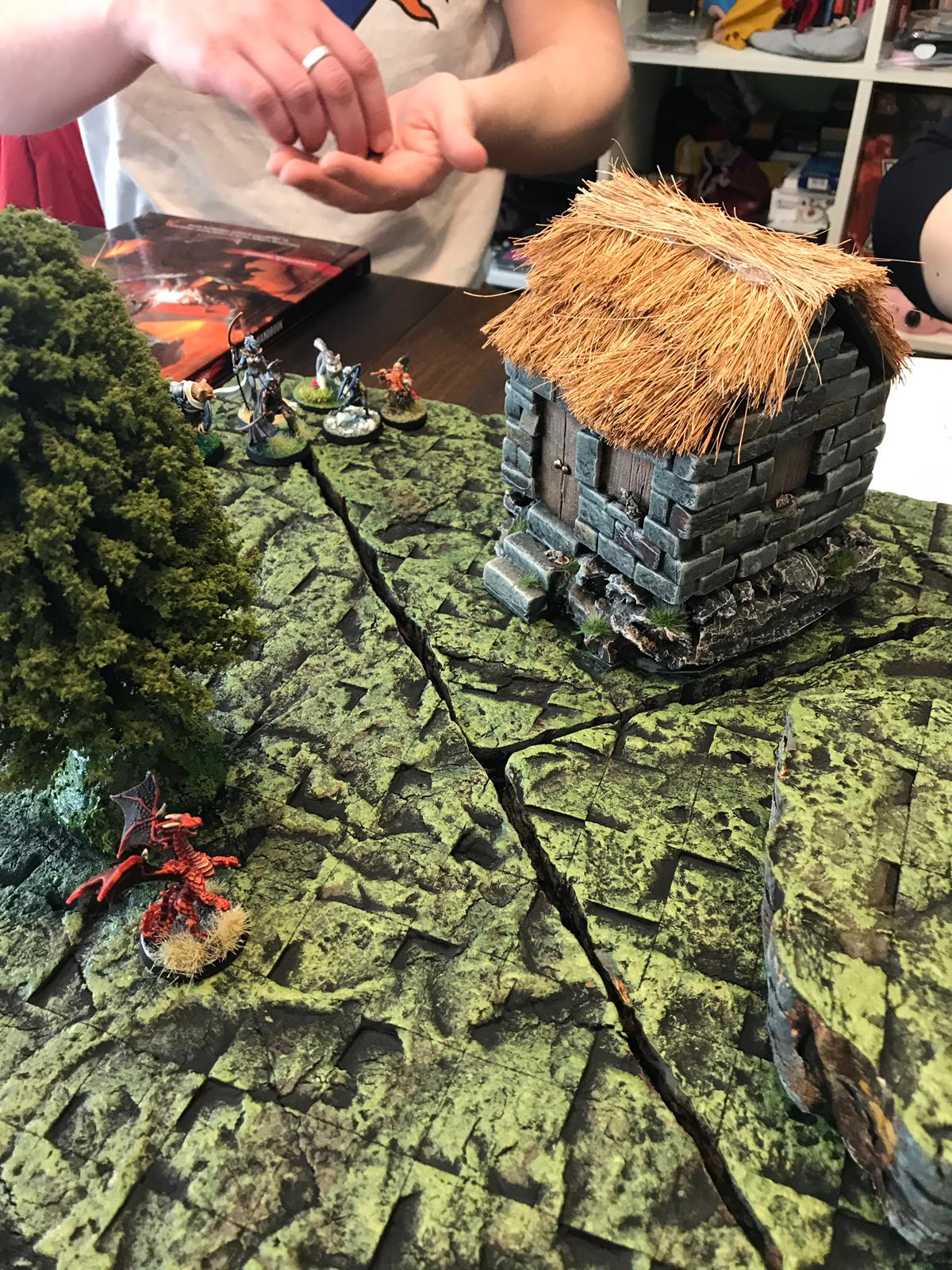 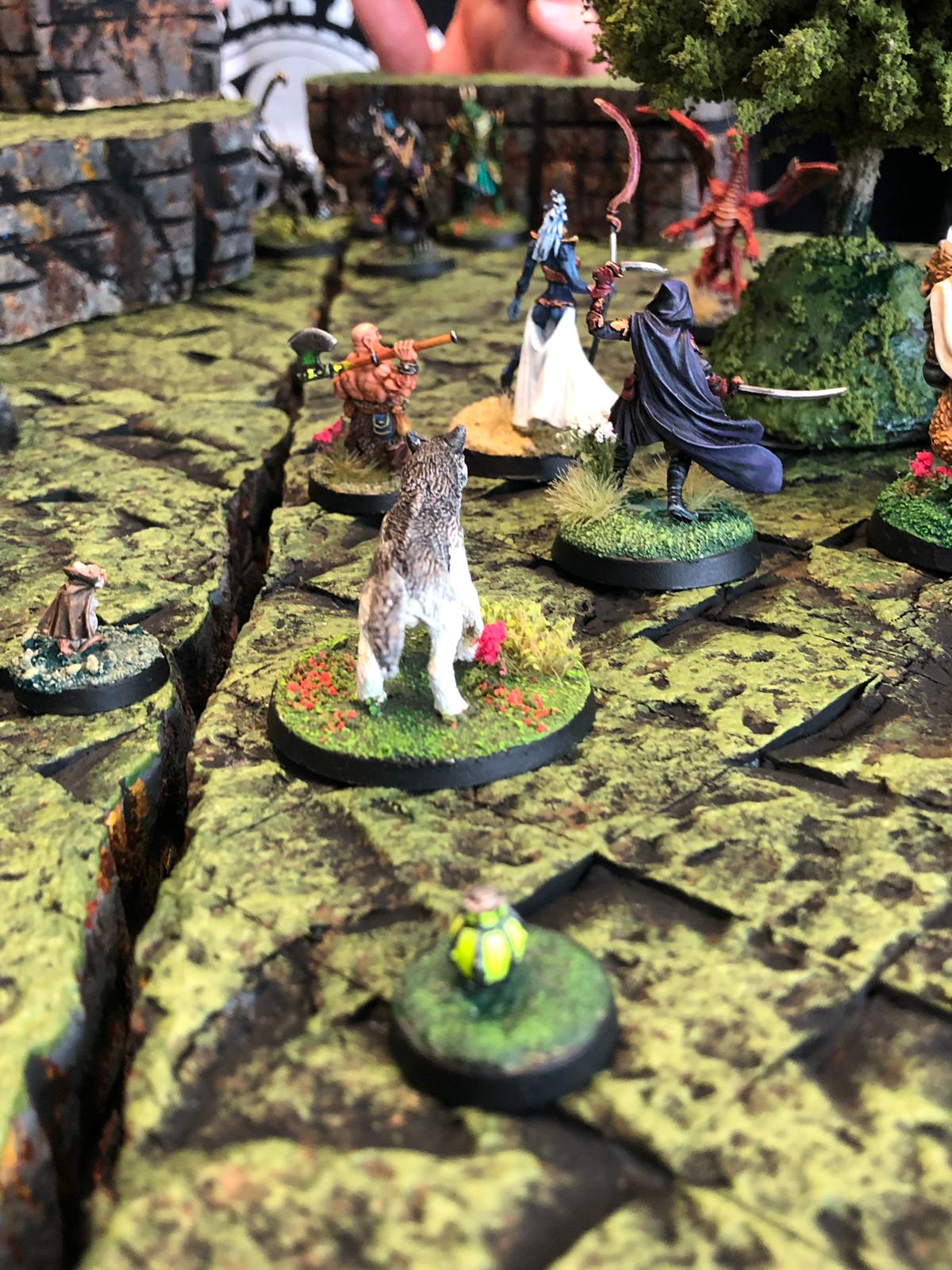 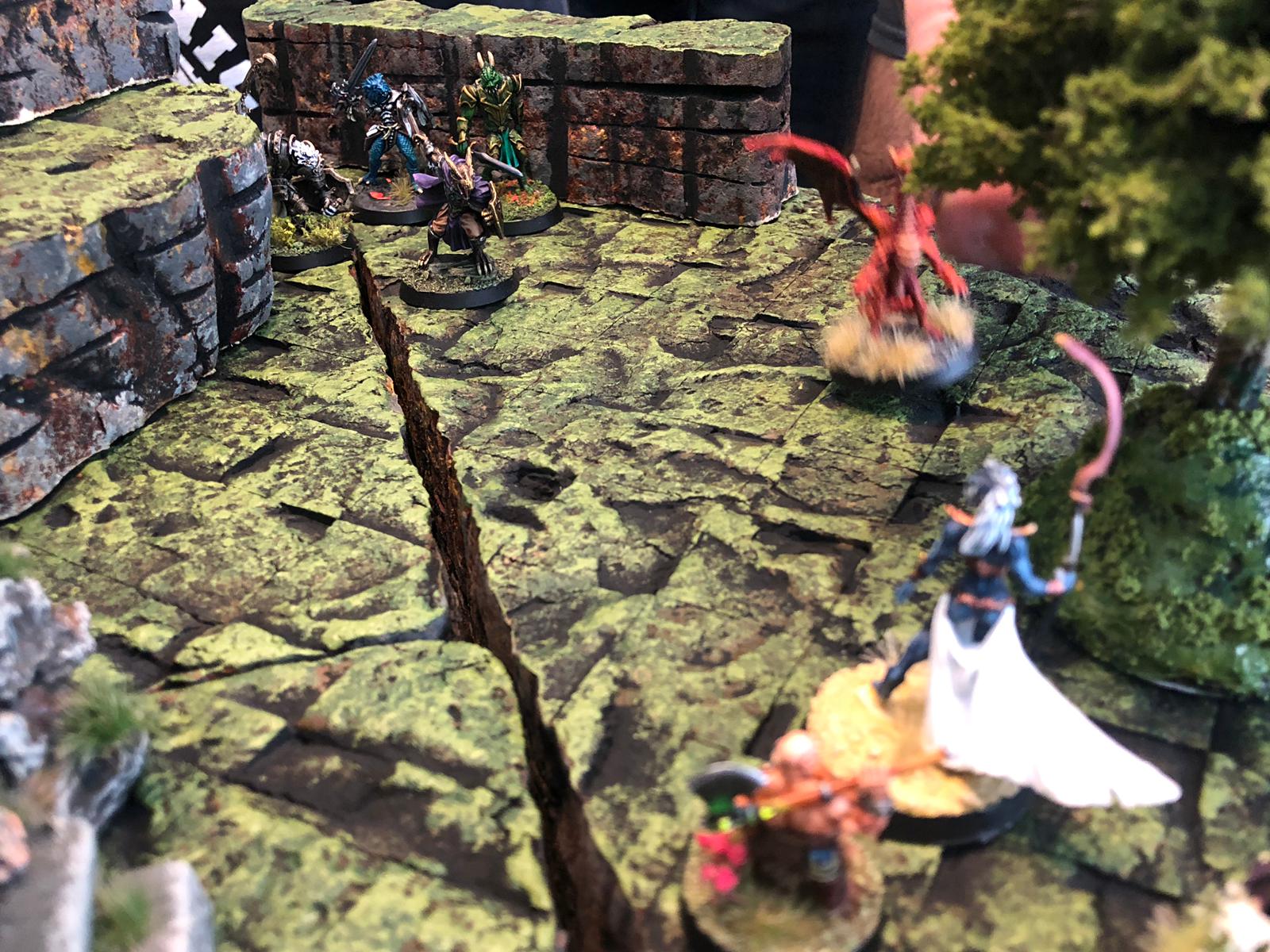 Next morning they ventured into the forest and tracked the Giant to the river where it was drinking on the opposite side. It caught their scent and fled. They followed and soon found themselves talking to the less than honest hag, Becky Blindheart. Following a small shopping exercise, they tracked the Giant to its massive lair and this is where they decided to stage an ambush. 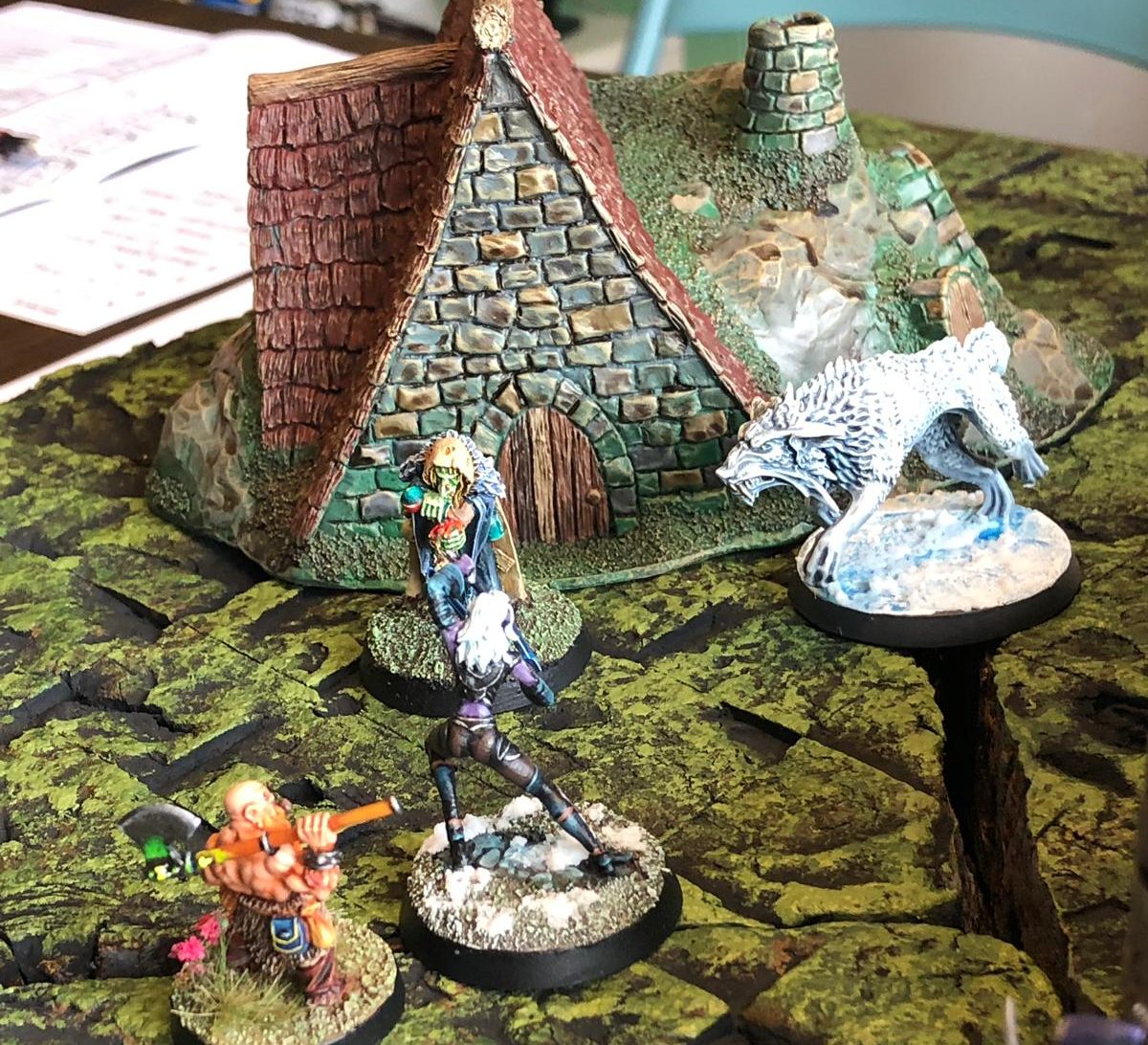 Third encounter: The Fomorian Ambush (but who ambushes who?)

I should mention that i did not plan an encounter for the Fomorian and the Party as I had no idea where and what they wanted to do. Instead I made a list of the Fomorian’s habits and let the party learn more and more and decide for themselves how to approach the situation.

What they didn’t know was that each time they observed the Fomorian, it would potentially spot them given it’s high perception (+6). That is indeed what happened and while the party thought they were setting up an ambush, the Fomorian decided to attack from a different path to surprise them and it certainly did with the Ranger getting killed in first round and the Dwarven Barbarian getting cursed by the Evil Eye before the party took down the Fomorian.

Having captured the Fomorian’s soul the party returned to the Soul Exchange and successfully traded the Fomorian soul for that of Larsen Qu. 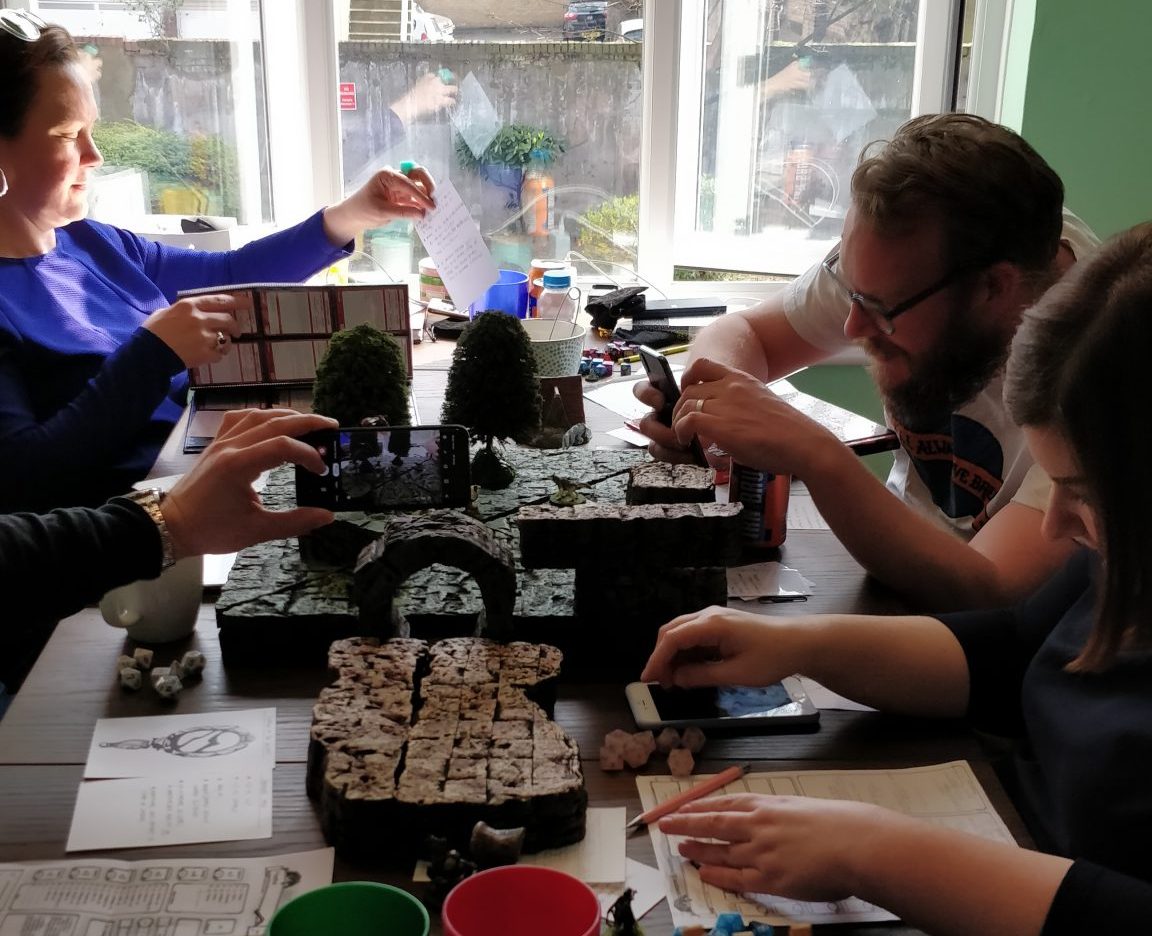 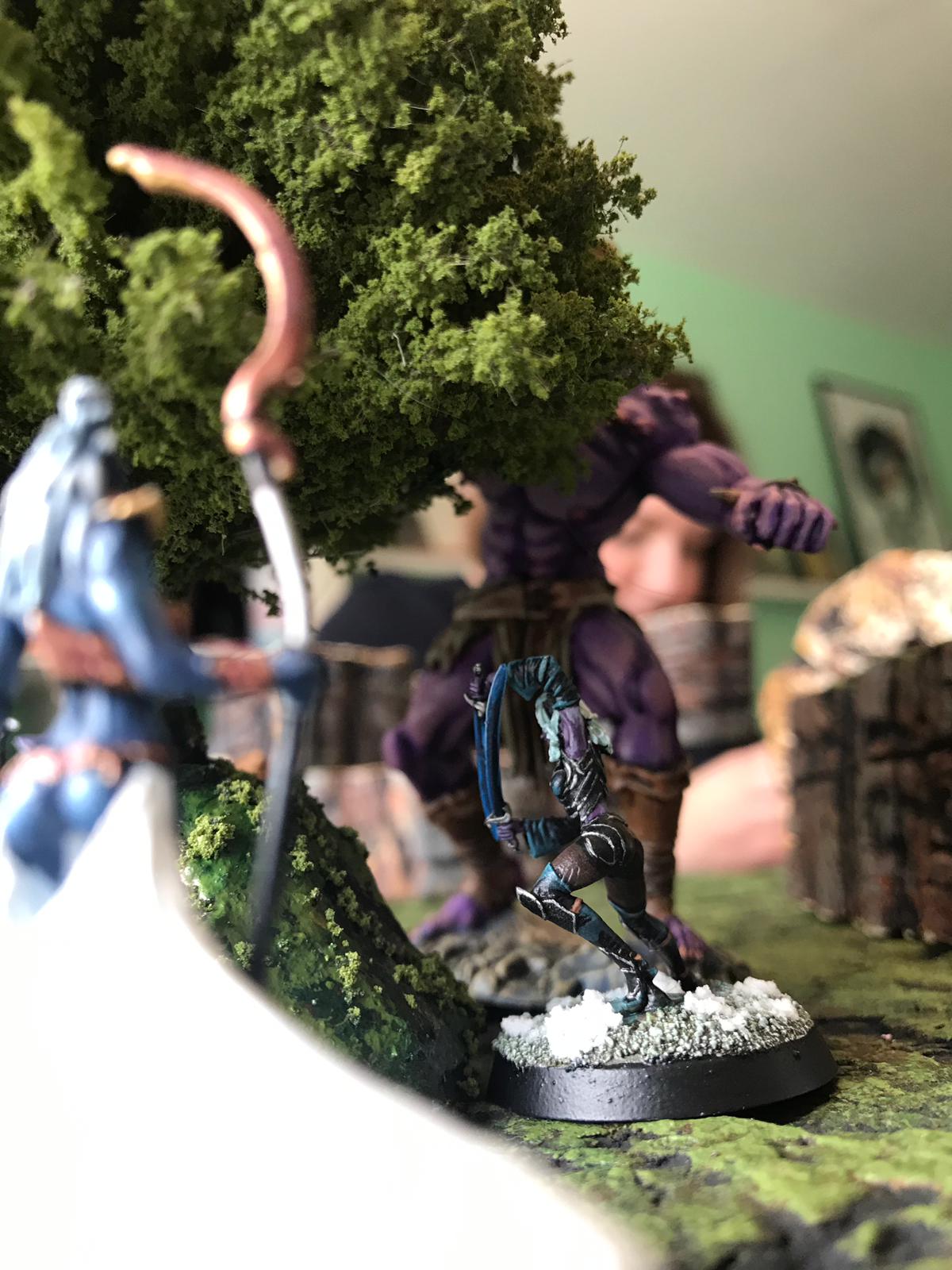 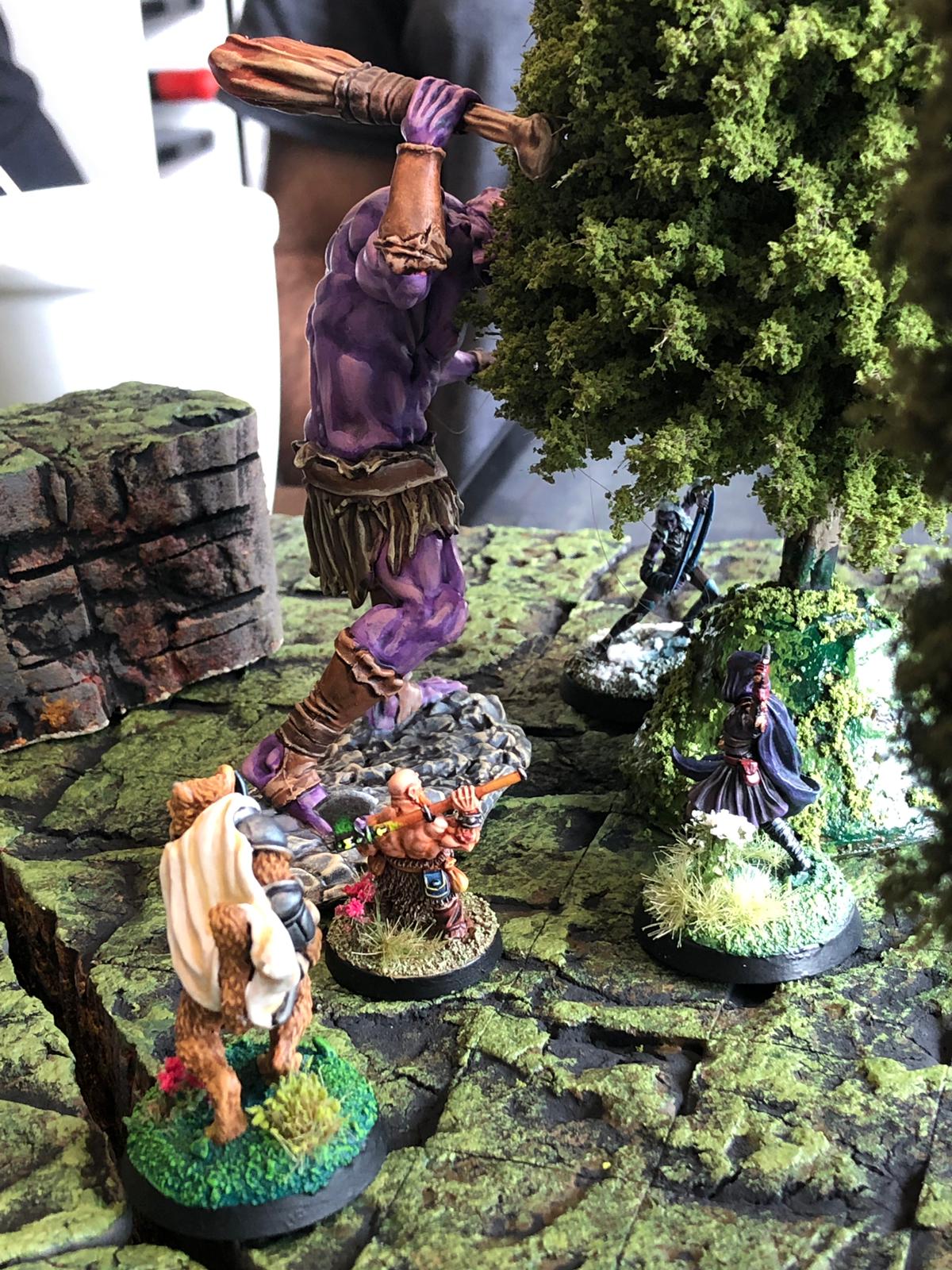 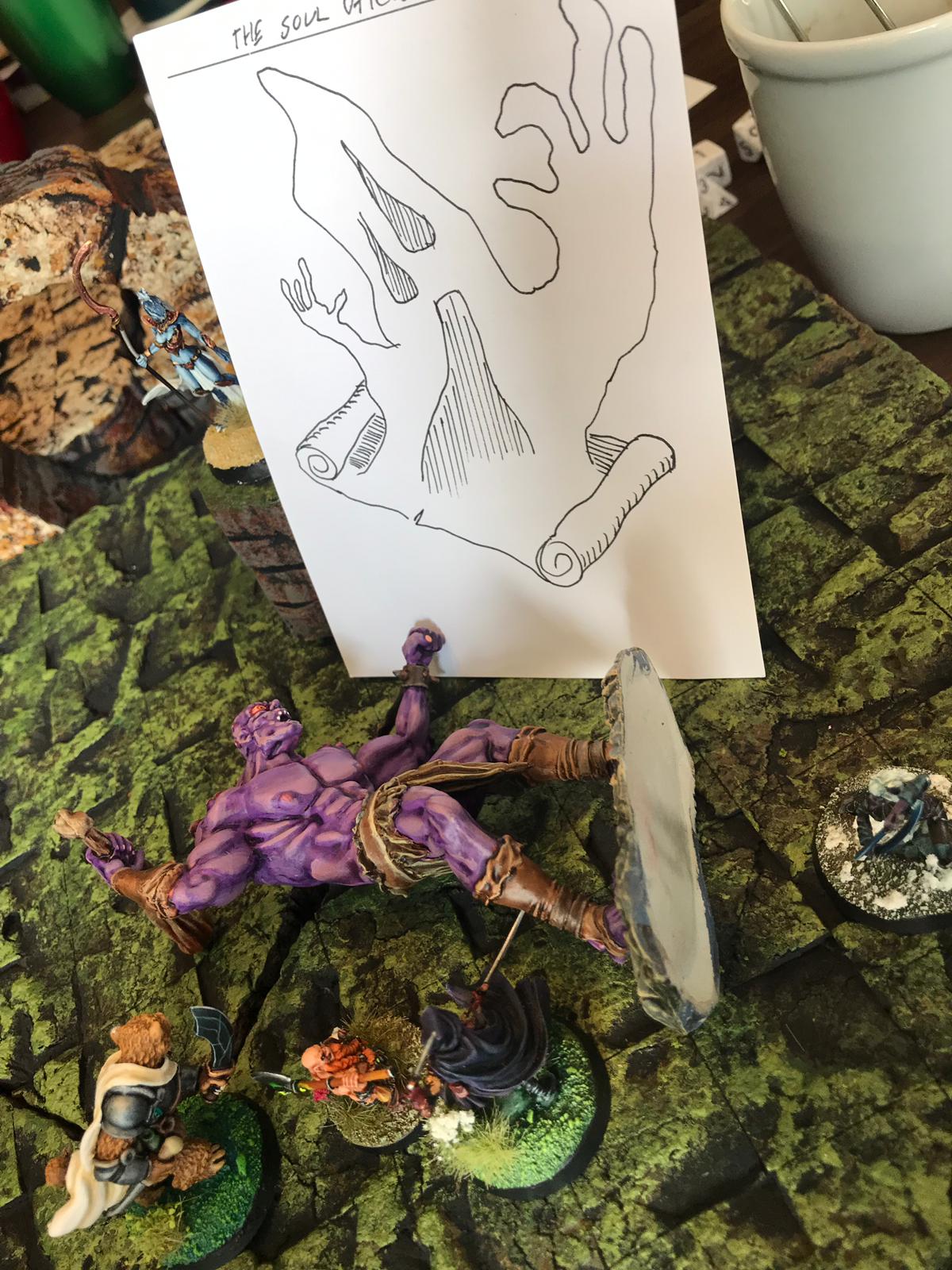 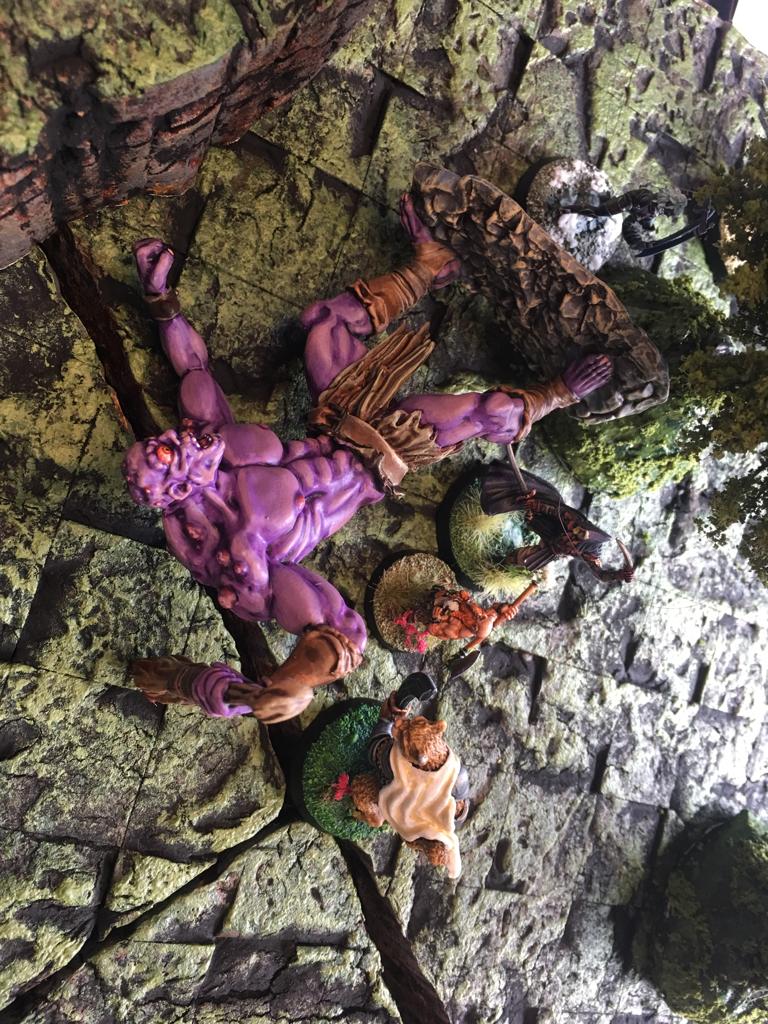 Over the last couple of games I have change the style of the gaming sessions to be much more open as my players are no longer D&D newbies. That means I do have to do a bit more prep in terms of encounters with the understanding that probably half those encounters will never happen.

Below is my prep for this game, some of the encounters happened and some didn’t.

Note that I removed the Young Dragon to avoid the party taking the soul of it and by doing so bypassing rest o f the game. Instead I added a Trueborn assassin to be hidden in the house. That worked great! 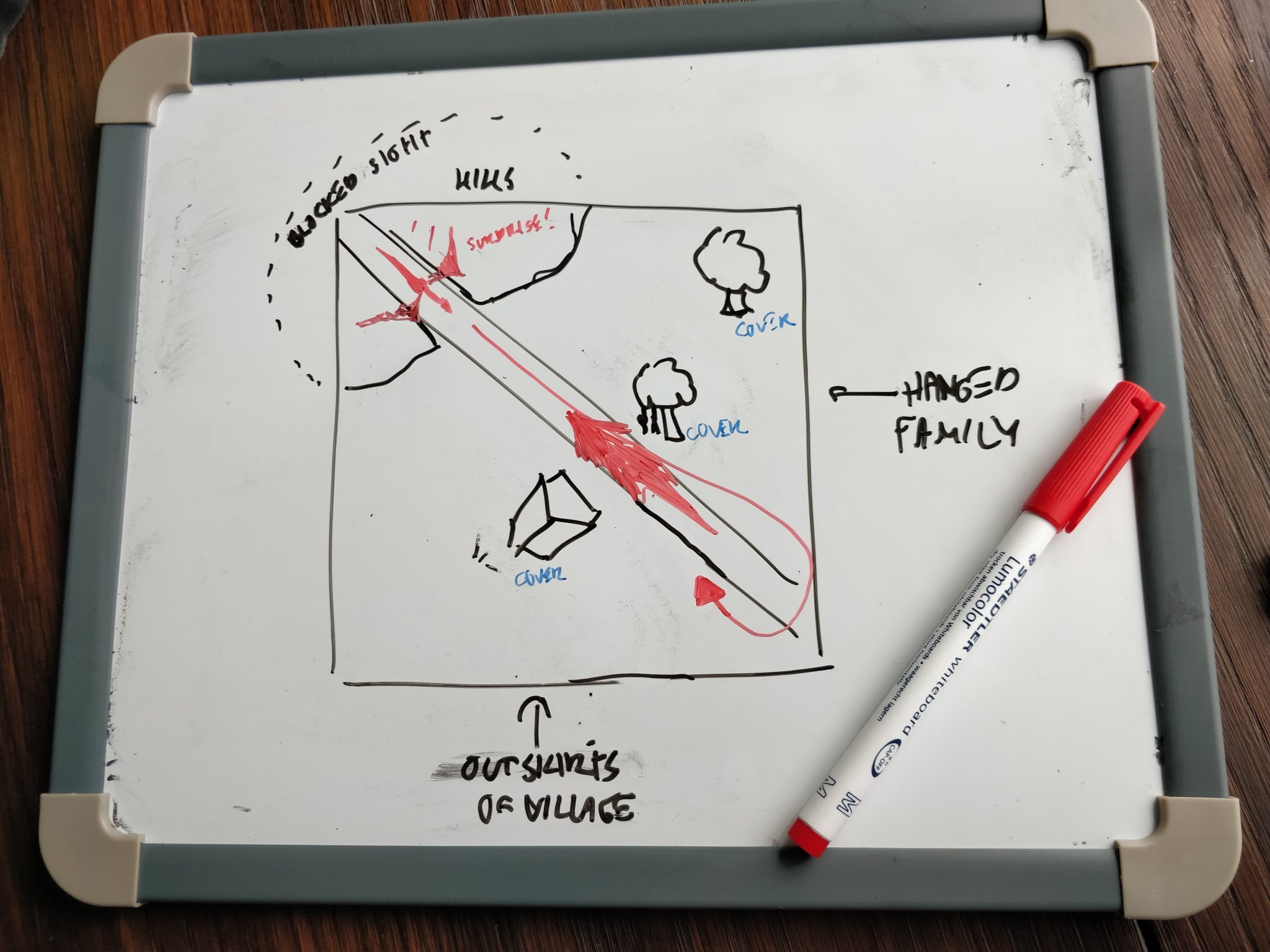 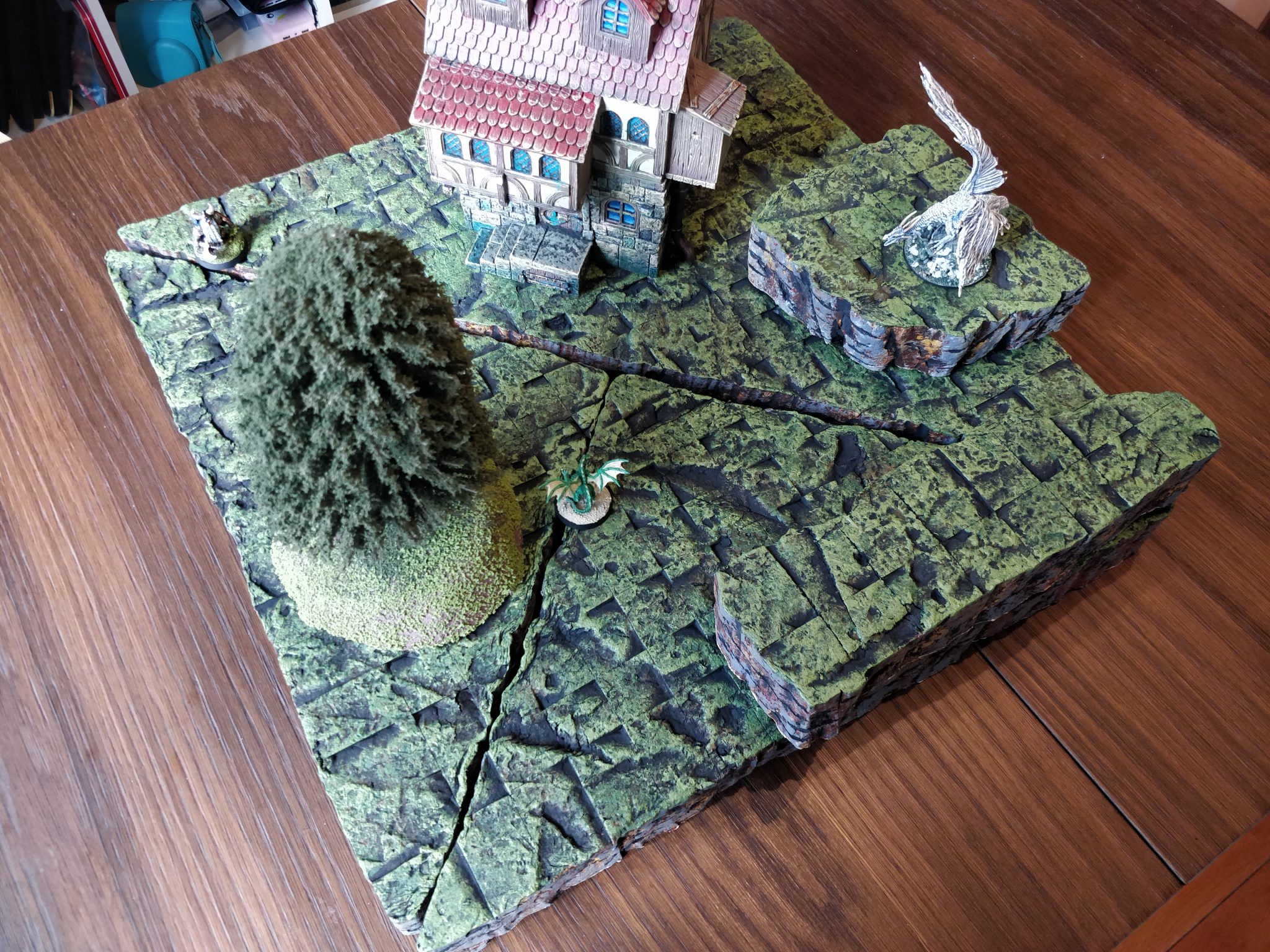 Home of Becky Blindheart the Hag 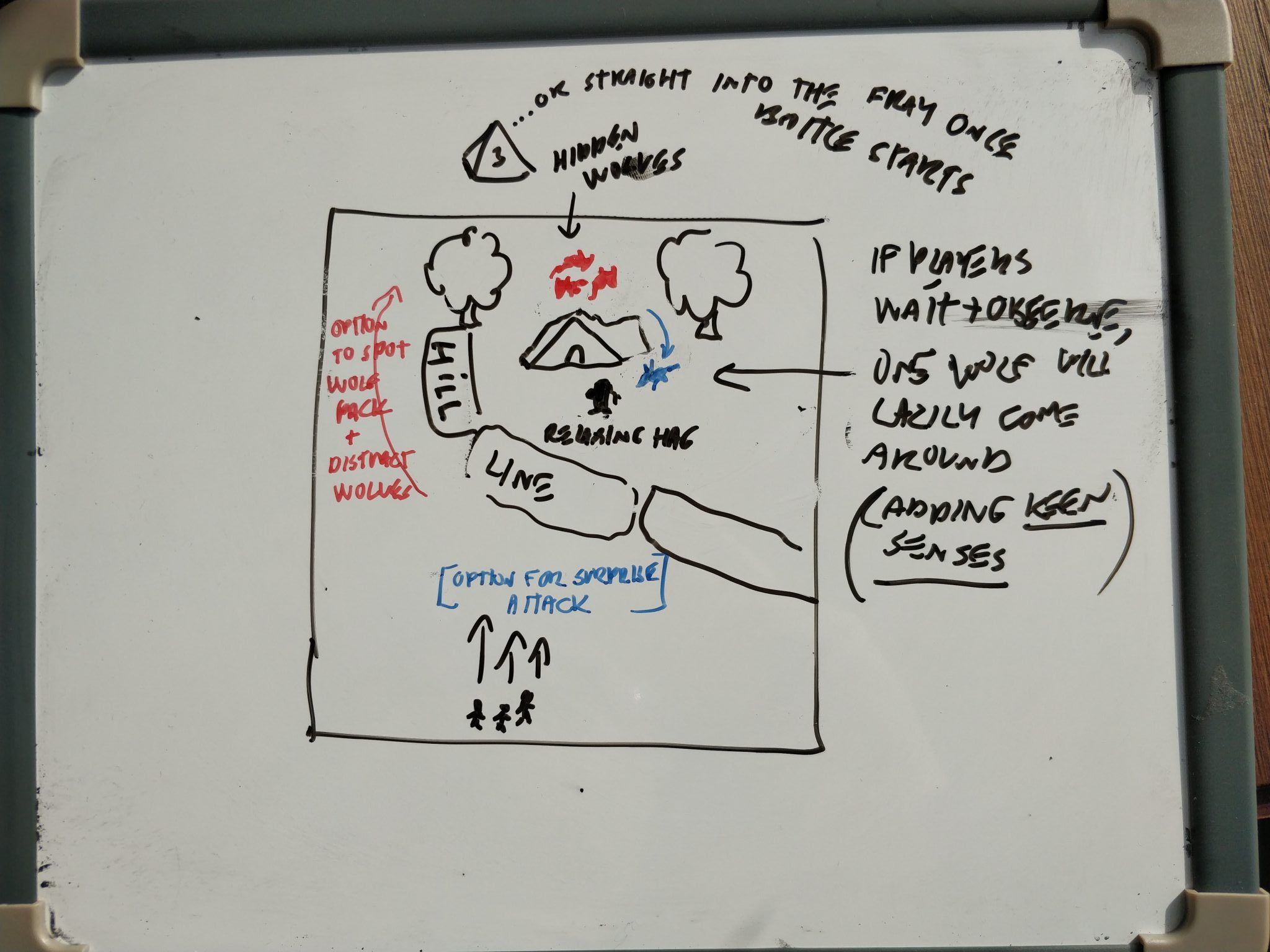 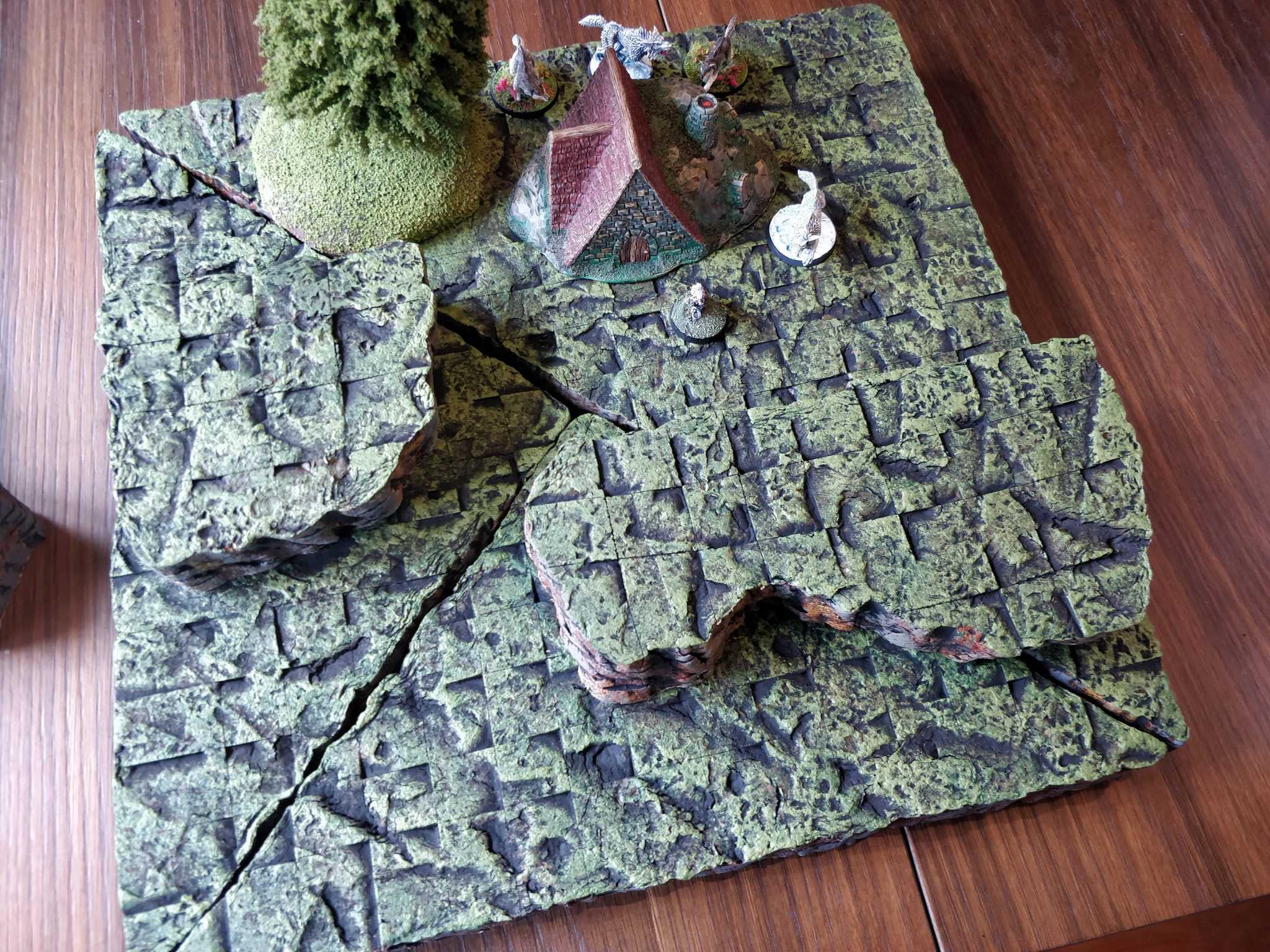 As I didn’t know where the party would face the Fomorian, I didn’t make an encounter. Instead I wrote a list of the Fomorian’s routine so the party could learn about it and decided how to approach it. 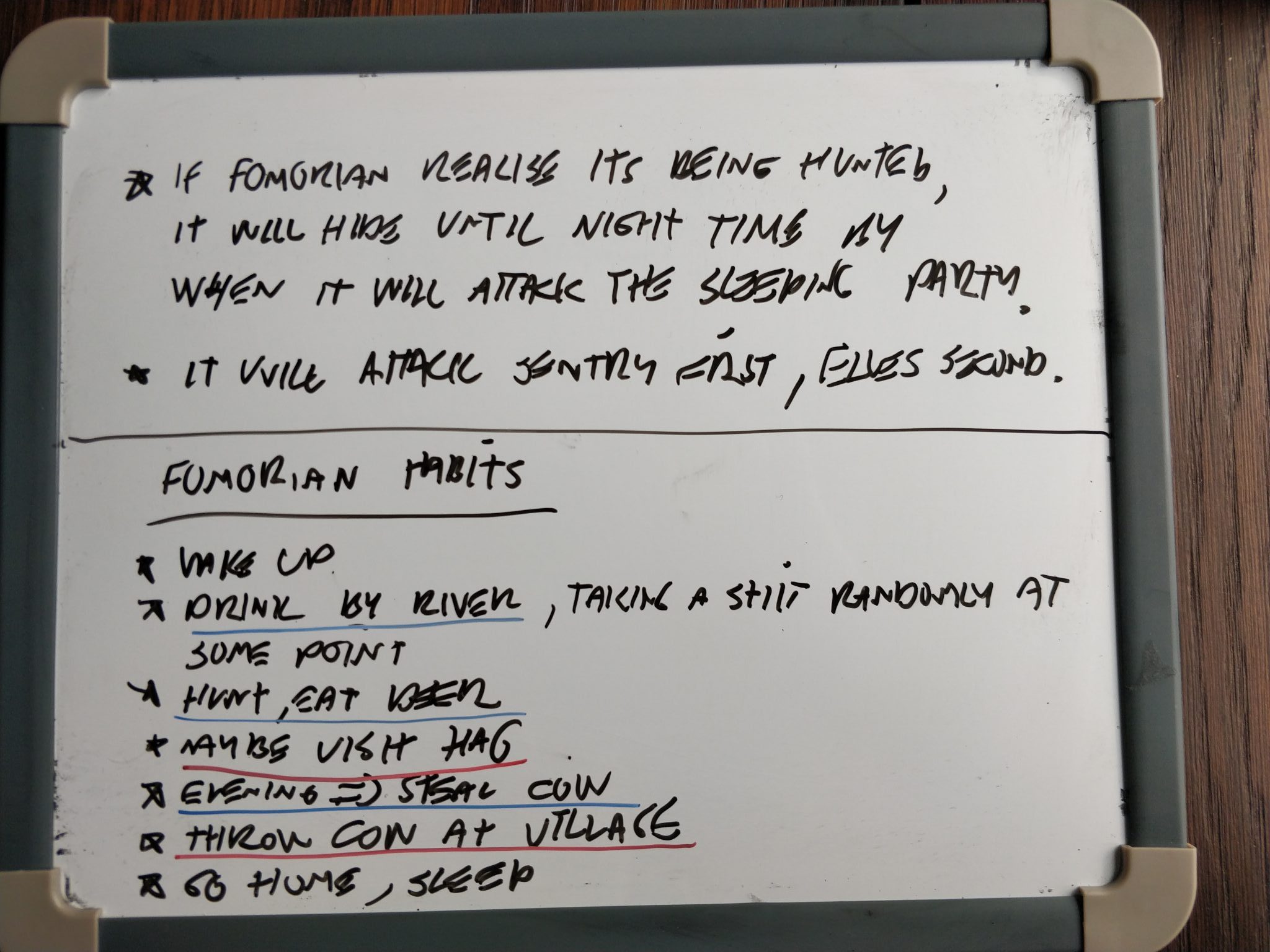 The Goblin Stronghold (was not used) 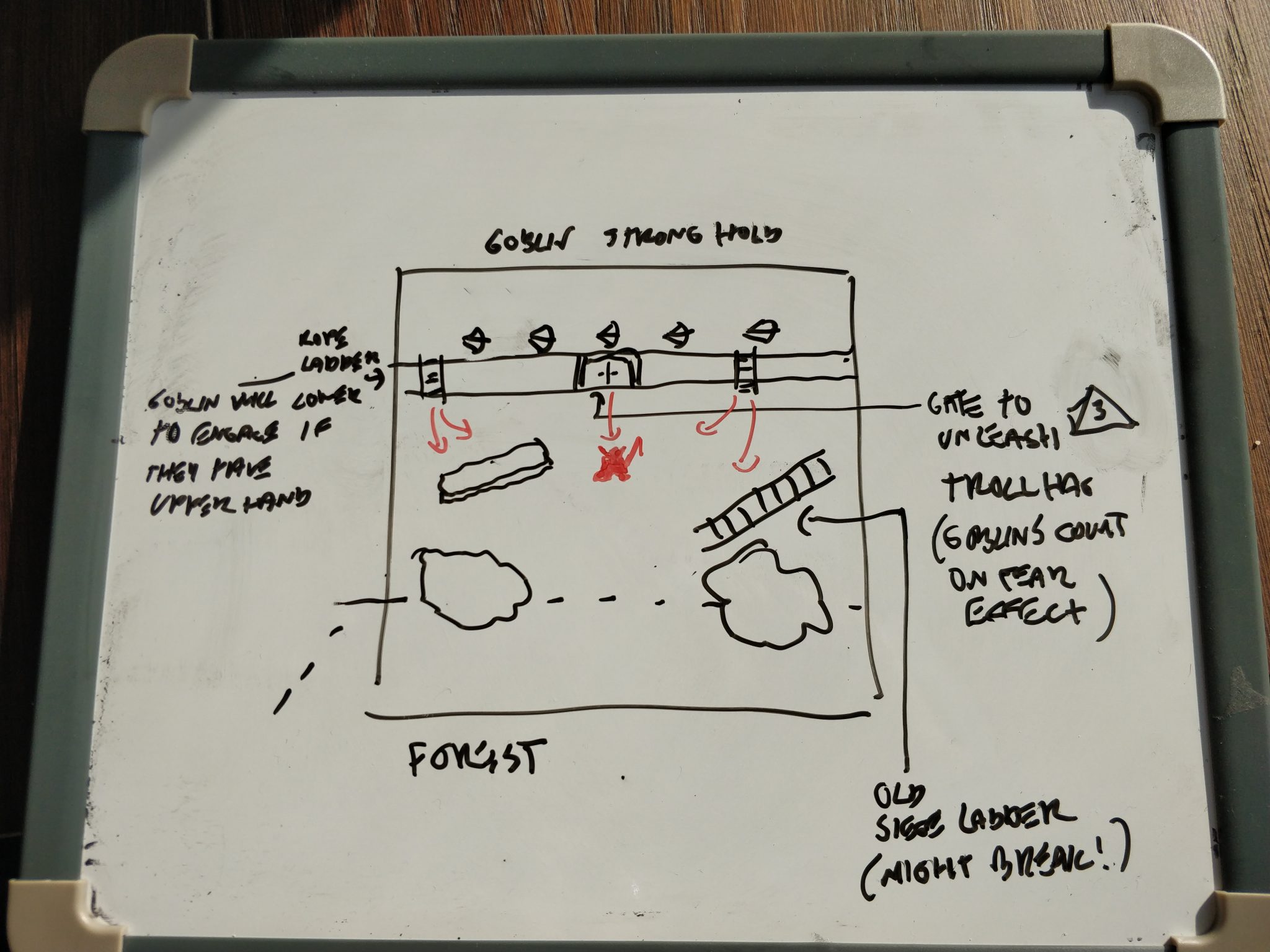 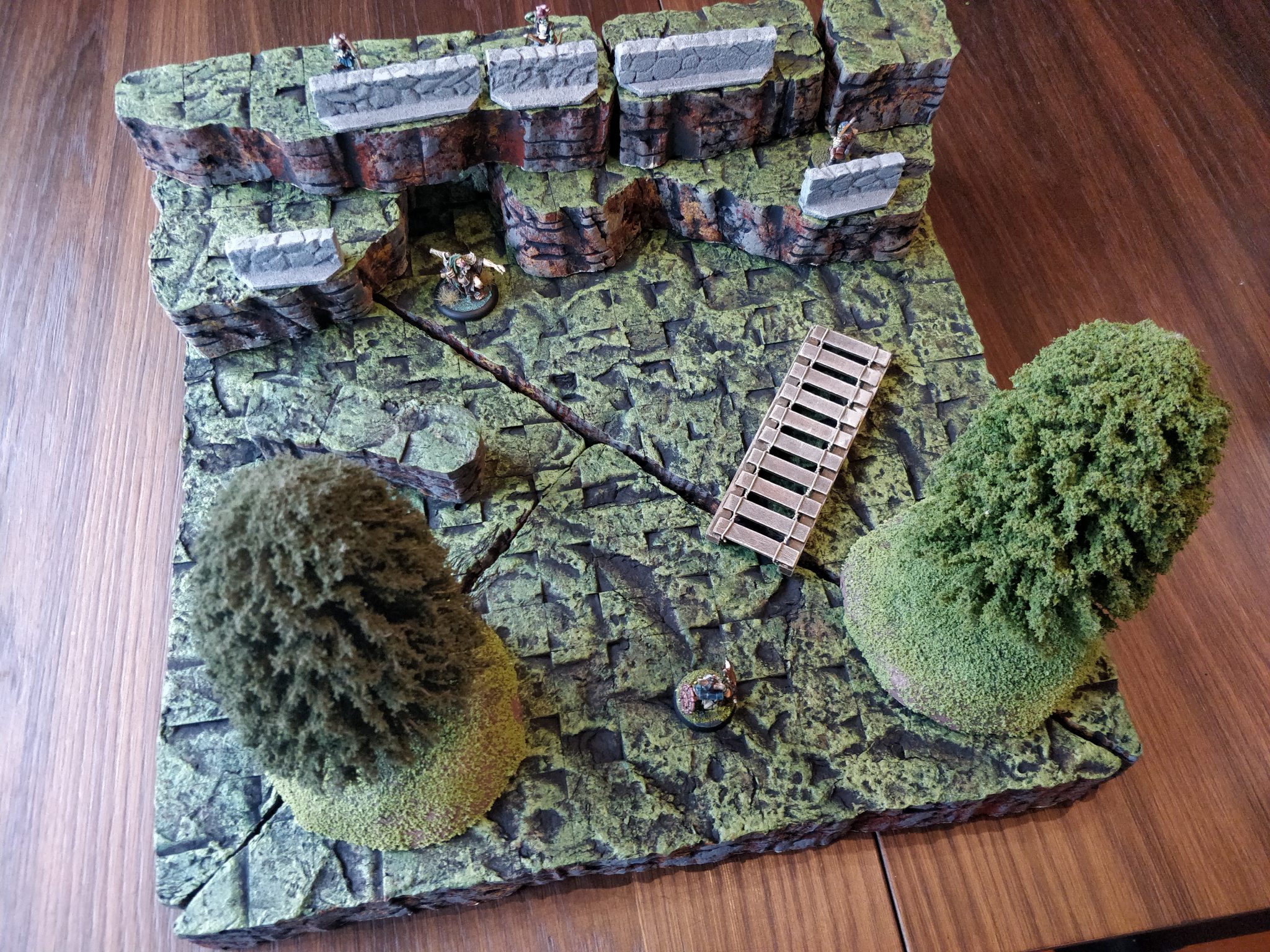 The staff of the “Friendly” Tavern

Becky Blindheart and her Dire Wolves