This was a fun game. Essentially last time we played, these two players had to back out last minute. While we can’t always get everybody together, it is unusual for people to cancel last minute and two did for same game, both with very good reasons.

So last minute, I whipped up a spin off game using a new technique I came up with, for those players who could make it.

However, I really wanted to give these two players a chance to also have a story before we head into the end game of this campaign and since we could get together on a weekday, I tried to create a short session with a bit of a “car chase” feel to it, where one thing after another happens with no rest for the heroes.

Having had a rough time in the Everdry Desert, the party decided to split and scout in different directions to gather as much intel to make them successful as they approach their destination.

While the Ranger, the Rogue and the Sorcerer went to a rumoured oasis and found a cage fighting establishment, the Dwarf Barbarian and the Tabaxi Cleric headed for the main destination with the aim to scout out the area.

They were, however, followed by angry mob of Kobolds bent on revenging their destroyed home and killed queen!

Fleeing the Kobolds, the duo fled into an ancient hallway half buried in the sand with dwarven corpses scattered around.

As they explored the hallway, they found a room covered in vines and vegetation. They crossed the room only to find the floor was not a floor, but a trap made my a large, carnivorous plant and they found themselves fighting for their lives against the plant and when things looked the grimmest, they turned to desperate measures and set fire to the whole room, narrowly escaping, but dispatching of both blood thirsty plants and pissed off Kobolds. 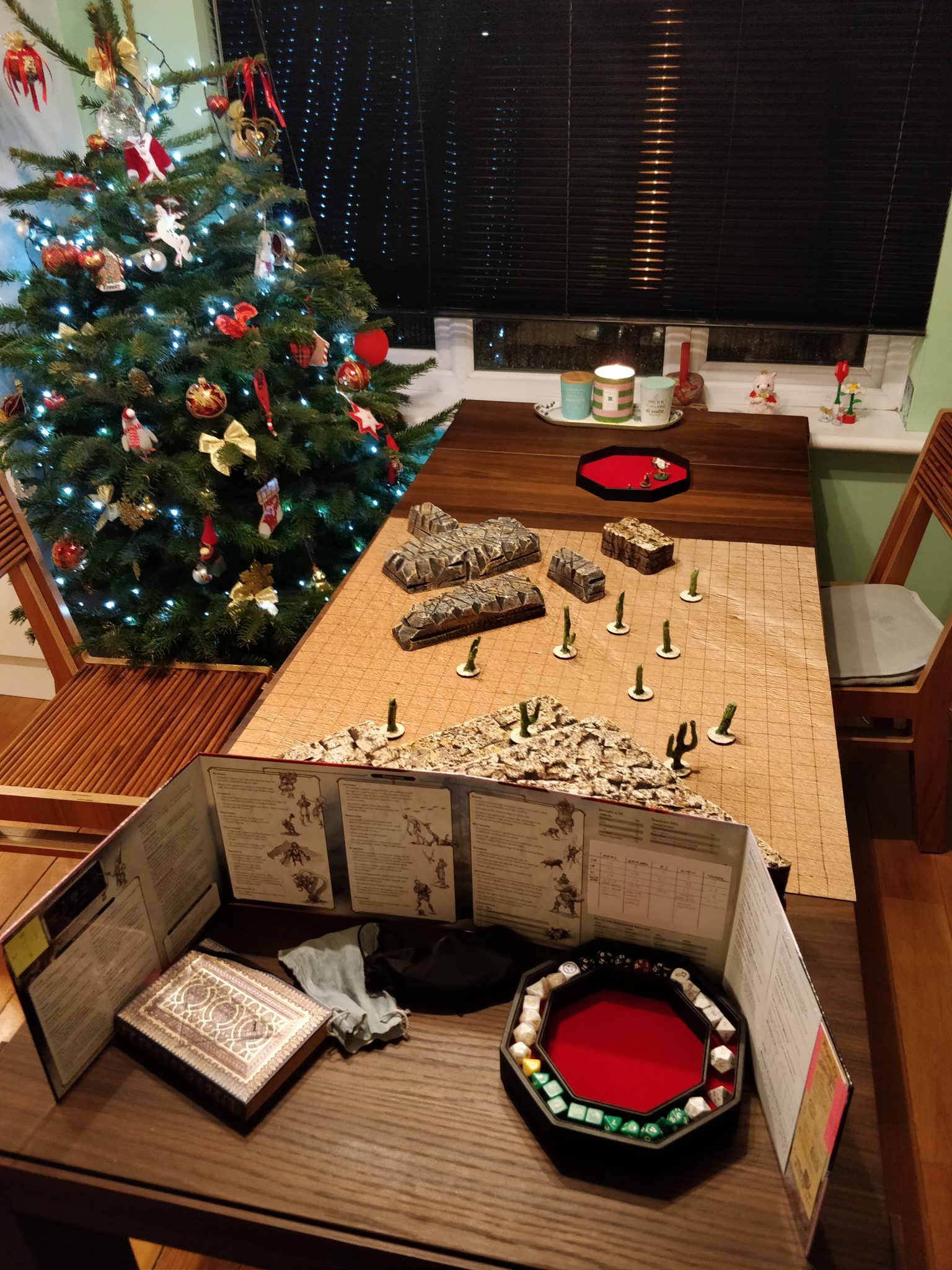 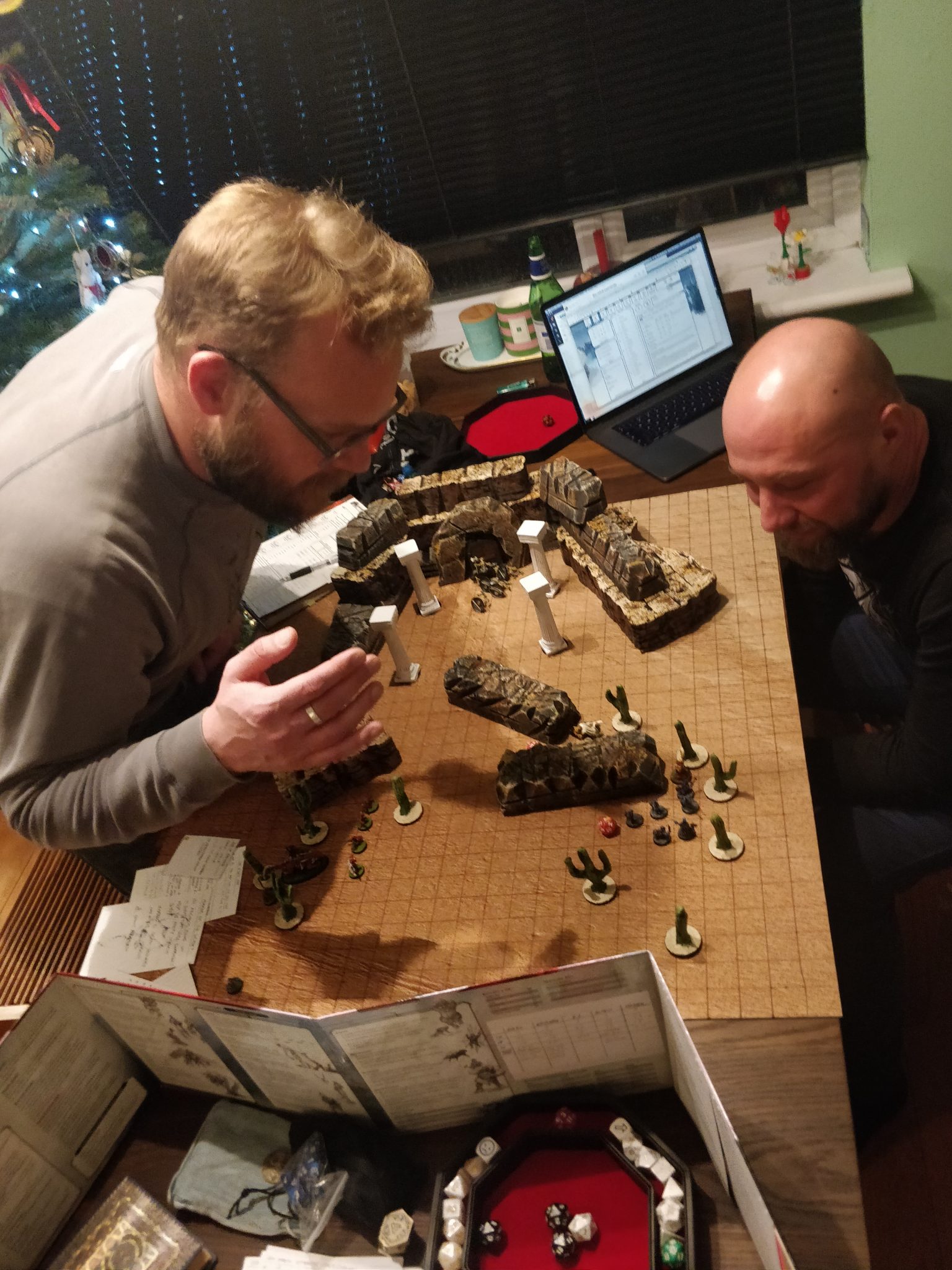 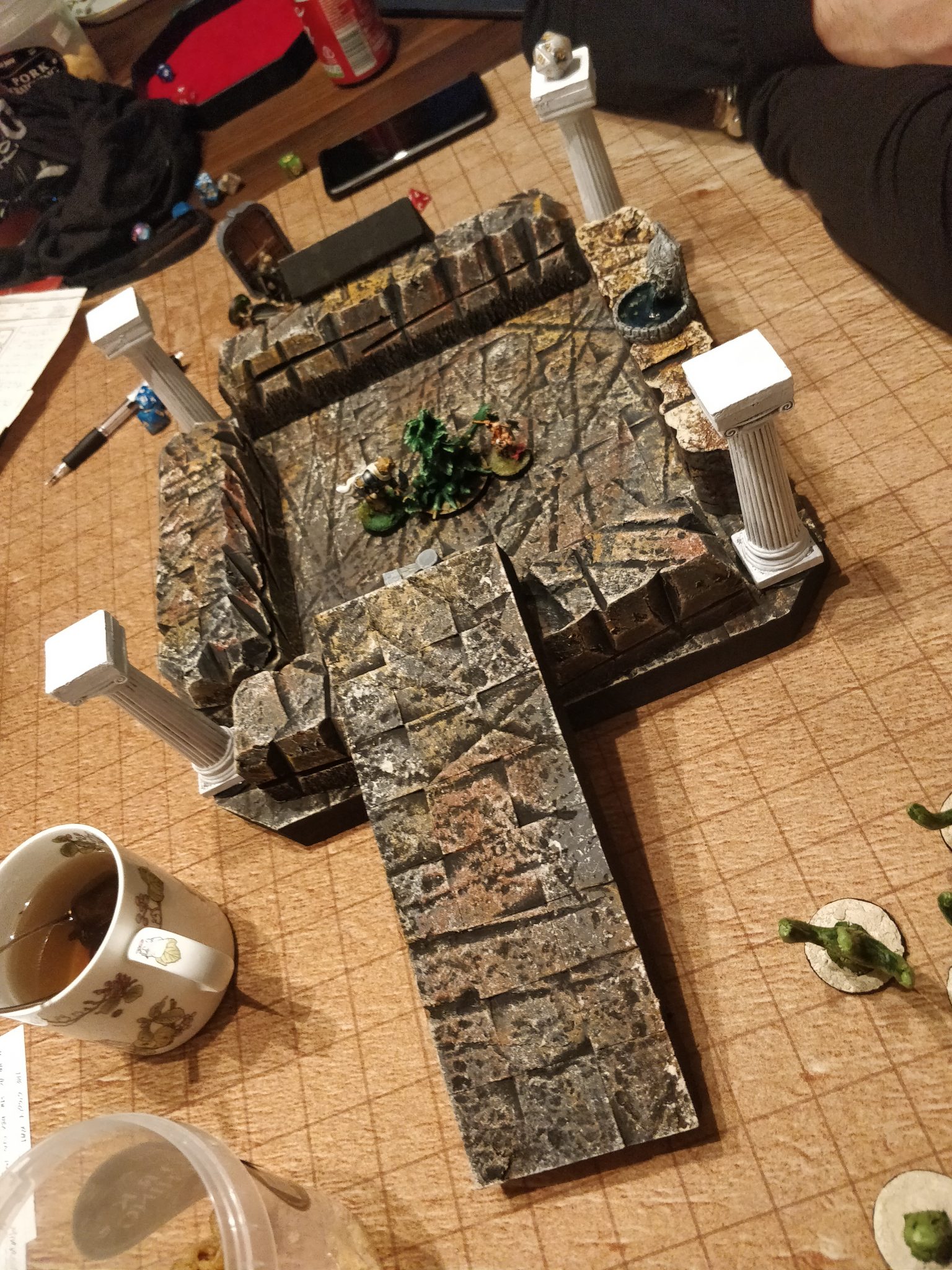 Finally they came to a room full of dwarven corpses with armour of unknown origin and a damage Stone Golem guarding the door onwards.

They tricked the Golem to crawl away from the door, but as the room collapsed, the Grimshaw the Barbarian realised he had dropped one of his beloved axes in the room with the deadly plant and a split second decision was made to back track out of the collapsing room to retrieve the axe.

Now all the duo has to do is wait for the rest of the party to rejoin them.